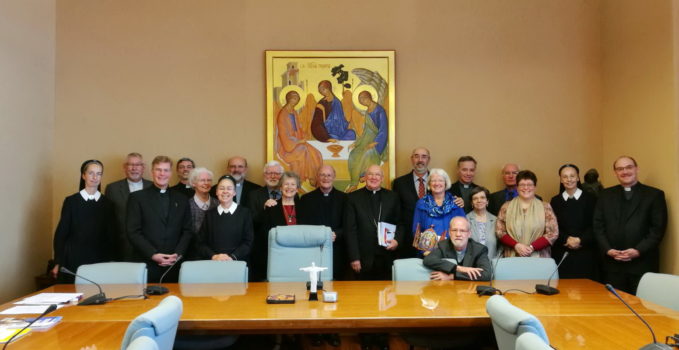 Visit of the General Presidium to Cardinal Kevin Farrell, Prefect of the Dicastery for Laity, Family and Life

VATICAN, Fr. Antonio Bracht, on behalf of the General Presidium • 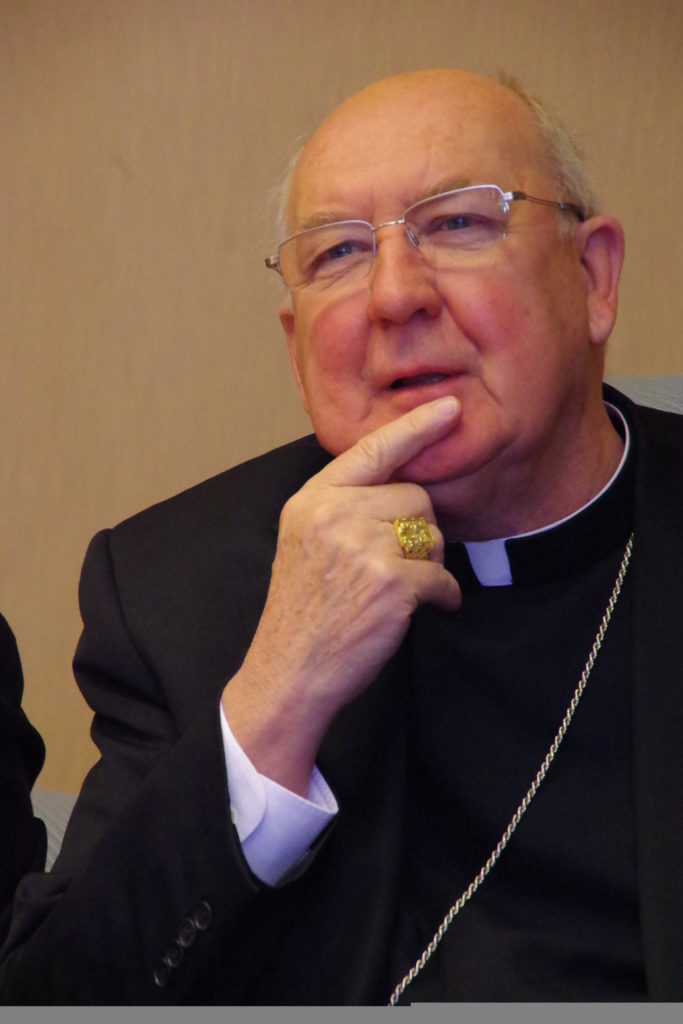 On October 24th, 2017, the General Presidium of Schoenstatt visited Cardenal Kevin Farrell, Prefect of the recently founded Dicastery for Laity, Family and Life, as part of their annual work meeting in Rome.  The Secretary of this Dicastery, Schoenstatt Father Alexandre Awi Mello received them.  Also present was Sr. Maria Pilar, who works as secretary in the same dicastery.

First, Fr. Juan Pablo Catoggio, as head of the General Presidium, greeted the Cardinal and the Secretary. The different communities then introduced themselves. They then presented their activities in two sessions. First, Fr. Heinrich Walter and Sister Cacilda, as part of the International Coordination team, gave a general overview. Then, the families presented some projects, which are offered at the service of families, such as marriage preparation, “Fortalecimiento Matrimonial” (marriage strengthening), or the “family altar” (home shrines). A second important area, namely youth work, received a brief mention.

Cardenal Farrell then addressed the group. He began by saying that up until then, he hardly knew anything about Schoenstatt because he had not had the opportunity to encounter the Movement during the time he spent in the United States.

He was very surprised by how many communities we represent and the impact we have through their many projects.  He specifically mentioned one aspect: the preparation of the laity in the parishes, which we had mentioned, highlighting its current importance. He noted the significance of this contribution within the context of the current situation of the Church, which according to him, the laity today needs to pass on the faith.

The Church, therefore, needs lay people who are capable and ready to meet this challenge.  He expressed with satisfaction and astonishment that Schoenstatt has been doing this for 100 years now, while the Church, as an institution, only consciously began working on this after the Second Vatican Council.

As a result, he also sees the importance of working with the youth, so they may live their faith in their own way, which Pope Francis continually emphasizes. 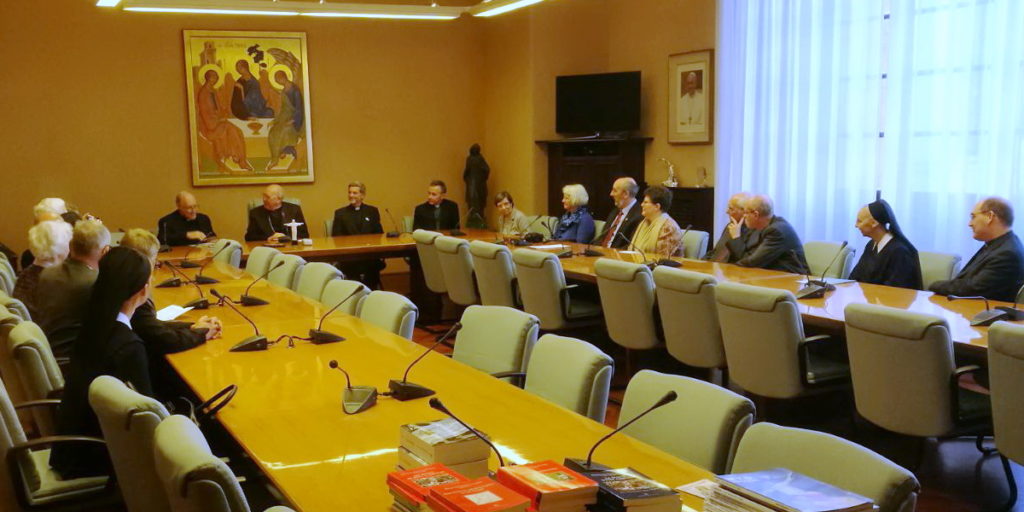 He then went on to talk about Pope Francis’ second greatest concern: the family. The Pope has called two synods on this topic, and consulted widely with the faithful all over the world.  Couples the best poised to talk about marriage and family life.  They have the most credibility.  Together with pre-marriage encounters, accompanying married couples is extremely important because, in the very words of the Cardinal, “the family is a shrine” and the lasting place for the transmission of the faith.

The Church has neglected preparing families for this task and today we are suffering the consequences. “So, carry on!” he told us. He substantiated this encouragement, by mentioning the difficulties which must be overcome in the preparation of the family.

He is at our disposal in this sense and expressed his willingness to work with us about our General Statute.

After a word of thanks, the exchange of several gifts and the singing of our song, he gave us his blessing and took leave of us.  We continued to visit the office of Fr. Awi and the Dicastery chapel.

Webseite of the Dicastery