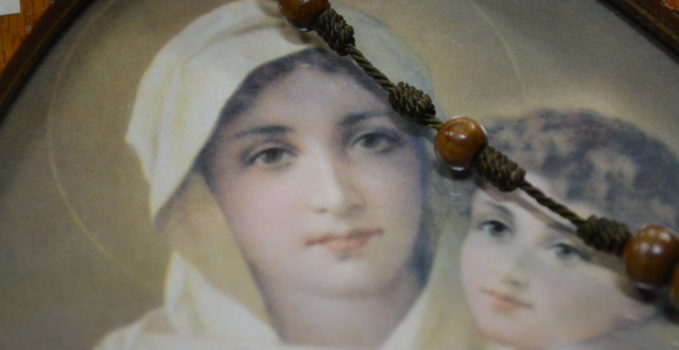 Fr. Juan Pablo Catoggio: We should do something special to support the Pope during these difficult times

We publish the letter that Fr. Juan Pablo  Catoggio on September 30, 2018, sent to the entire Schoenstatt Family and make ours his request to share it with our communities, communication channels etc.  —

For some time, I have thought once and again that we should do something special to support the Pope during these difficult times in which he is aggressively openly questioned and criticized. The Church is strongly rocked and especially because of internal factors. In the final message of the closing of the Year if Father Kentenich, on 15 September, addressing Father, I said:

“Father and Founder, you really loved the Church until it hurt. You risked everything for her and were willing to carry the cross for her. You dreamed of a renewed Church and you gave your all for Her. All for Schoenstatt, all for the Church and all for the Triune God! Your dilexit ecclesiam commits us to this task more than ever. Today the Church is undergoing so many temptations and experiencing so many attacks from the outside, and who knows how many from within. Our mistakes and sins hurt us as Church. We also suffer from the attacks and the shame. Like you and with you we want to love and serve the Church. Decidedly and effectively we give our all for the Holy Father and for the reforms that he promotes with such courage and many sacrifices. We are with him.”

Today the Holy Father has invited all of us to pray the Rosary for the Church every day during the month of October, adding the invocation Sub Tuum Praeidium and a prayer to St. Michael the Archangel of Leo XIII praying that he protect the Church from the devil. You know me and you know that I do not see the devil everywhere. But I believe that in this time of the Church it is really necessary. The press release from Pope Francis is strong and we have to take it seriously.

It is for this reason that I write these lines, to which I attach the Vatican’s press release of the Pope, so that during this month of the Rosary and of the Covenant, we, as a Schoenstatt Family assume this request in a very special way and that we spread this wherever we are.

I thank you as of now and I will inform the Holy Father in a timely manner of our support and solidarity. United in the Covenant of Love and in the Dilexit ecclesiam, yours

The Holy Father has decided to invite all the faithful, of all the world, to pray the Holy Rosary every day, during the entire Marian month of October, and thus to join in communion and in penitence, as the people of God, in asking the Holy Mother of God and Saint Michael  Archangel to protect the Church from the devil, who always seeks to separate us from God and from each other.

In recent days, before his departure for the Baltic States, the Holy Father met with Fr. Fréderic Fornos, S.J., international director of Pope’s Worldwide Prayer Network and asked him to spread this appeal to all the faithful throughout the world, inviting them to conclude the recitation of the Rosary with the ancient invocation “Sub tuum praesídium”, and with the prayer to Saint Michael Archangel that he protect us and help us in the struggle against evil (cf. Revelation 12, 7-12).

The prayer – the Pontiff affirmed a few days ago, on 11 September, in a homily at Santa Marta, citing the first chapter of the Book of Job – is the weapon against the Great Accuser who “goes around the world seeking to accuse”. Only prayer can defeat him. The Russian mystics and the great saints of all the traditions advised, in moments of spiritual turbulence, to shelter beneath the mantle of the Holy Mother of God pronouncing the invocation “Sub tuum praesídium”.

The invocation “Sub tuum praesídium” is recited as follows:

[We fly to Thy protection, O Holy Mother of God. Do not despise our petitions in our necessities, but deliver us always from all dangers, O Glorious and Blessed Virgin.]

With this request for intercession the Holy Father asks the faithful of all the world to pray that the Holy Mother of God place the Church beneath her protective mantle: to preserve her from the attachks by the devil, the great accuser, and at the same time to make her more aware of the faults, the errors and the abuses committed in the present and in the past, and committed to combating without any hesitation, so that evil may not prevail.

The Holy Father has also asked that the recitation of the Holy Rosary during the month of October conclude with the prayer written by Leo XIII:

[Saint Michael Archangel, defend us in battle, be our protection against the wickedness and snares of the devil; may God rebuke him, we humbly pray; and do thou, O Prince of the heavenly host, by the power of God, cast into hell Satan and all the evil spirits who prowl through the world seeking the ruin of souls. Amen.]