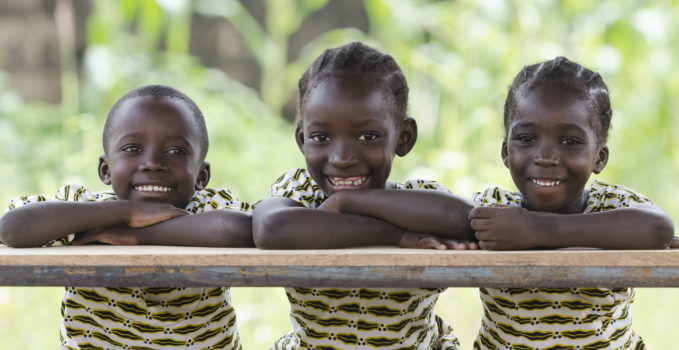 “That Christians in Africa, in imitation of the Merciful Jesus, may give prophetic witness to reconciliation, justice, and peace” – this is the Holy Father`s universal prayer intention for the month of May 2017. In the monthly video spread and developed by the Pope’s Worldwide Prayer Network (Apostleship of Prayer), he says:

“When we look at Africa, we see much more than its great natural richness.
We see its joie de vivre, and above all, we see grounds for hope in Africa’s rich intellectual, cultural and religious heritage.
But we cannot fail to see the fratricidal wars decimating peoples and destroying these natural and cultural resources.
Let us join with our brothers and sisters of this great continent, and pray together that Christians in Africa, in imitation of the Merciful Jesus, may give prophetic witness to reconciliation, justice, and peace.”

Sarah-Leah Pimentel of the Schoenstatt.org team wrote an article exactly on this in February in the Catholic magazine “Southern Cross”.  She asked the editor if she could re-use the article for Schoenstatt.org and  he’s given permission. So here it is!

The disciples were very curious about what Jesus did when he went off by himself into the hills or pushed a boat out into the centre of Lake Galilee. After he explained to them that he was praying to his Father in heaven, they urged him: Lord, teach us how to pray.

As we begin our pilgrimage of prayer towards the centenary celebrations of Fatima, we unite ourselves to our Blessed Mother and Holy Father to pray for the needs of the world. This month, let us pray for our beloved continent which is assailed by so many conflicts that are quickly forgotten by the media.

In January, the Food and Agriculture Organization (FAO) told the African Union that 17 million people in the Horn of Africa face severe food shortages. A prolonged drought that shows no signs of ending is affecting people in Djibouti, Eritrea, Ethiopia, Kenya, Somalia, South Sudan, Sudan and Uganda.

The FAO warned that unless individual governments and the Horn of Africa region come together to formulate an immediate response, the humanitarian crisis could be catastrophic.

In addition to the threat of famine, many countries in the Horn of Africa are embroiled in violent political conflicts that have left thousands of people dead, many more thousands displaced and the victims of human rights violations.

In Ethiopia, the Tigrinyan minority maintains an iron grip on power. In its zealous efforts to expand the economy and attract foreign investment, the government has removed land from the Oromo ethnic group and turned this over to large corporations, without any recompense.

Angered by this, the largest ethnic groups in Ethiopia, the Oromos and Amharas, launched a series of mass protests in 2016. The government responded by jailing thousands of people and banning Oromo and Amhara media sources.

There are reports that in the last year the authorities have also killed scores of people, but lack of access to these isolated regions makes it hard to estimate the number of deaths.

Even Ethiopian Olympian Feyisa Lilesa, who made an anti-government gesture during his race at the 2016 Rio Olympics, is unable to return home and his family has been threatened. 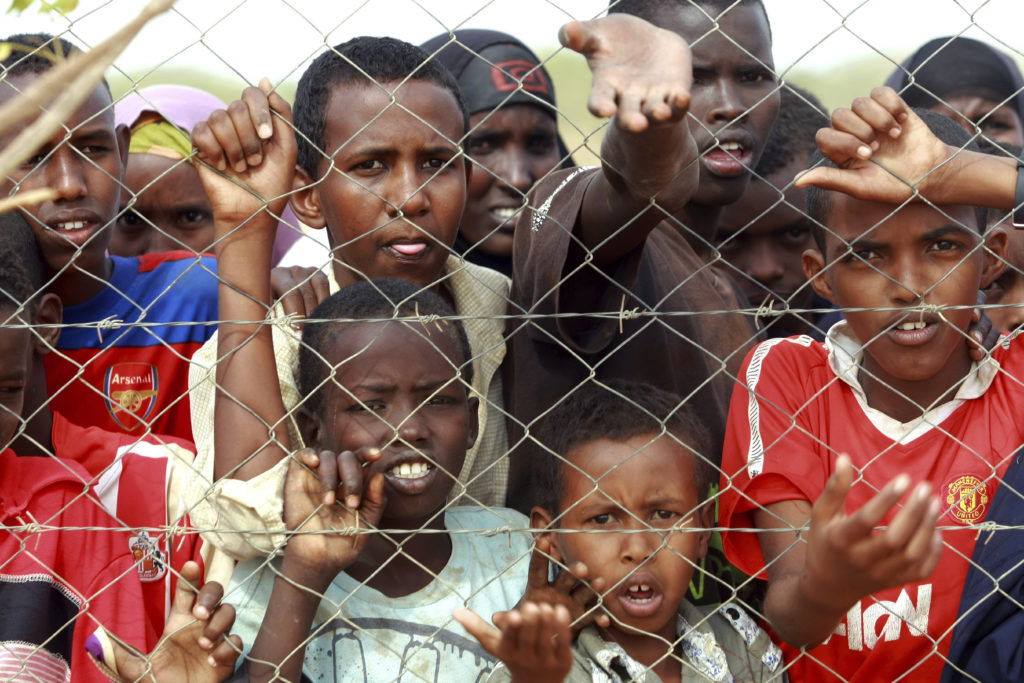 Just over the border in Eritrea, we find one of the most oppressive regimes in Africa. Freedom of speech is non-existent. Seventeen journalists have been arrested since 2015—the most in sub-Saharan Africa. Private media is non-existent and only 1% of its five million citizens have access to the Internet and 7% have cellphones, but these services are frequently cut by the authorities.

South Sudan was Africa’s golden child, as the continent’s youngest nation in 2011. Two years later, the country was plunged into civil war following a power struggle between President SalvaKiir and his then vice-president, Riek Machar.

Massacres, rapes and ethnic killings between the two sides have continued, with a full-scale conflict starting up again in 2016.

Mr Machar fled and is currently hiding out in South Africa and there is no end in sight to the conflict, which has seen 760000 people flee to Uganda, Sudan or  internally displaced.

More than 1,1 million people have fled their homes since 2013.

Next door, Sudan isn’t much better. We will remember that there is an international warrant for its president, Omar al-Bashir, for crimes against humanity.

Sudan has essentially been at war for the last 25 years. The government cracks down violently on opposition groups and has been accused of using chemical weapons against its own people. In the Darfur region, opposition groups took up arms against the government, but it is the people who have suffered. Humanitarian organisations estimate that at least 300000 people have been killed in Darfur since 2008 and that there are currently 2,5 million internally displaced people in Sudan.

Finally, let’s visit Somalia. There is some good news here. Somalia is concluding a prolonged electoral process to choose a new government. It’s a complicated process embroiled in bribery and influence, where each clan selects its candidate. There is no such thing as a popular vote in Somalia.

But given that Somalia was without a government of any sort between 1991 and 2004, it has come a long way.

The biggest problem Somalia faces today is al-Shabaab, an extremist group that terrorises towns and villages throughout the country. The government has partnered with the regional and international community to fight al-Shabaab, but with mixed success. Every day we read of fresh attacks on rural villages, suicide bombings in the capital Mogadishu, raids on army camps around the country. Each day the death toll ticks upwards.

There are 340000 Somali refugees just over the border in Kenya at the Dadaab refugee camp. Kenya is shutting down this camp. Right now it’s uncertain where Somalia’s displaced people will go.

We feel helpless every time we read about these conflicts. However, the individual people stuck in these hopeless situations need our prayers: for protection, for the strength to face another day. We can pray for the protagonists of these conflicts, that their hearts will be changed and that they can see the effects of their political agendas on their own people.

We can transform our prayers into action by donating to organisations such as Doctors Without Borders, who go into these warzones and provide some relief to this human suffering.

We can show compassion to the immigrants who live in our midst.

Most people don’t choose to leave their homes and families without reason. They are here because conditions in their countries makes it impossible for them to give their children a future, or perhaps their meagre income feeds many mouths back home.

Hail Holy Queen, Mother of Mercy, hail our life, our sweetness and our hope. To you do we cry, poor banished children of Eve. To you do we send up our sighs, mourning and weeping in this vale of tears. Turn then, most gracious advocate, your eyes of mercy towards us and after this, our exile, show unto us the blessed fruit of your womb, Jesus. O clement, O loving, O sweet virgin Mary. Amen. 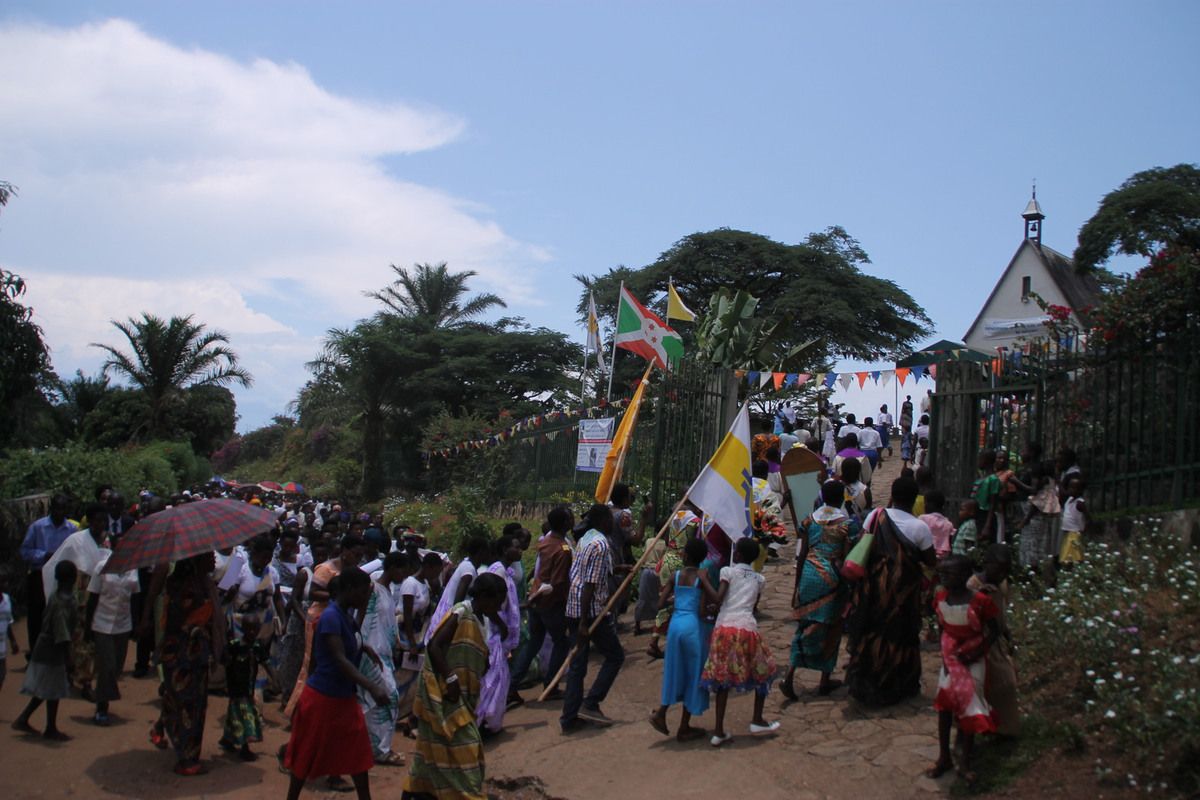 Originally published in South Africa’s only Catholic newspaper The Southern Cross on 21 February 2017.