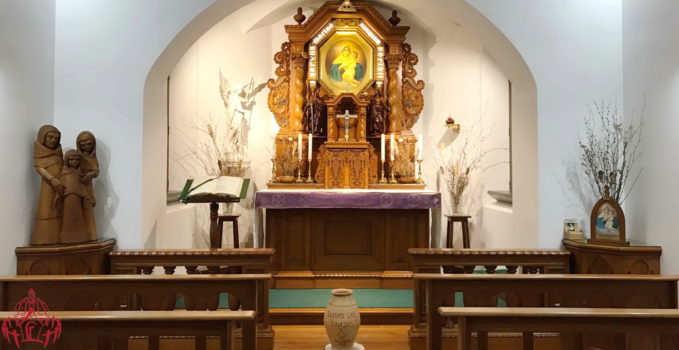 At Belmonte, we pray daily for Pope Francis

The “Shrine of all of us,” Belmonte Rome’s Shrine, is adorned for Lent – like all the world’s shrines. There are a few purple flowers… Holy Lent has begun that will lead us with our Lord to experience the sorrow and glory of the greatest love of him who gave his life for his friends, in extreme solidarity. “Lent is a new beginning, a path leading to the certain goal of Easter, Christ’s victory over death. This season urgently calls us to conversion. Christians are asked to return to God “with all their hearts” (Joel 2:12), to refuse to settle for mediocrity and to grow in friendship with the Lord. Jesus is the faithful friend who never abandons us. Even when we sin, he patiently awaits our return, by that patient expectation, he shows us his readiness to forgive (cf. Homily, 8 January 2016),” Pope Francis said in his Lenten message for 2017.

At the Shrine in the Holy Father’s city, Fr. Marcelo Cervi said, “Everything is prepared for Lent with Pope Francis. In the Pope’s city, the Shrine follows the Pope’s words step by step. There are little books with the Holy Father’s message for this Lent, so that everyone who enters the Shrine – for daily Masses, rosary, adoration or simply as pilgrims at any time can meditate and pray with Pope Francis and allow themselves to be challenged by his words.”

The jar from Chile is at the altar, as symbol of solidarity with this country struggling after the fires and where many Schoenstatters have helped the victims. 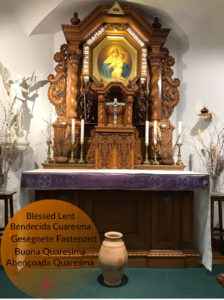 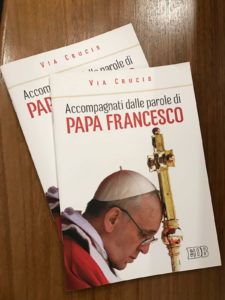 Since the day of his election, Pope Francis repeatedly has asked: “Pray for me,” in every speech. At the beginning of Lent, a picture of the Holy Father in the Shrine demonstrates Belmonte’s response to this request, precisely in times of great opposition and fake news working to damage his message and his mission. The message on this picture has been put into five languages:

It has been prayed at this Shrine for a long time, after every afternoon rosary prayed, at the Mass, and in adoration. However the simple picture’s message communicates it to everyone. In this Shrine, we pray daily for Pope Francis. Attached to the Shrine in the Pope’s city, with the Pope’s Shrine are many who pray; there really are many. 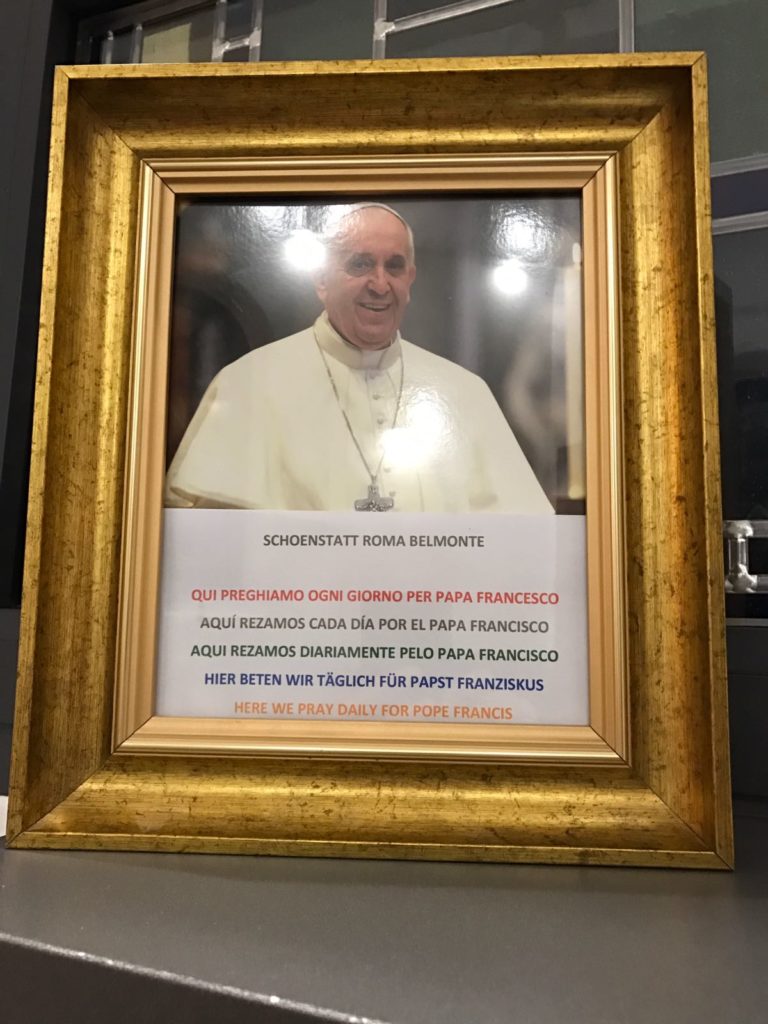