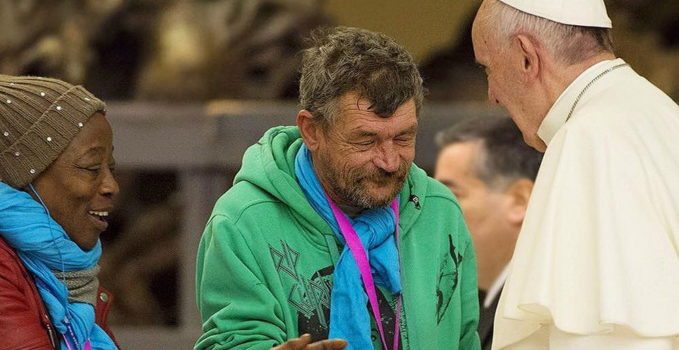 Bamberg, Germany is present – in Covenant solidarity with Francis! With the seal of our charism!

“Last Monday, all the participants of the diocesan gathering were in favor of our participation. I was given the honorable task of communicating that the Shrine of Solidarity will be present – living up to its name,” Renate Siebenkäs said last week.

That is in being part of the project that was born out of the “Dreamteam” (the circle of schoenstatt.org collaborators). Beginning in January, we placed ourselves in Covenant solidarity with Pope Francis, making his initiative of “praying for urgent intentions” our own “with the seal of our charism.”  This means making concrete contributions to the capital of grace for the people for whom they are made “the prayer intentions on the pulse of our times.” In January, this was for the homeless people who were suffering the cold European winter and some did not survive. The prayer intention for the month of February was announced on the first Sunday of this month during the Angelus.

“The idea that we not only pray for current intentions, but that we also support the Pope in a Schoenstatt manner through contributions to the capital of grace is simply phenomenal! Does anything more valuable exist?” Perhaps…for many Schoenstatters dedicating themselves intentionally to the capital of grace became a powerful source of personal enrichment, along with a series of revealing experiences. The fact that the “old and good capital of grace” is so current and that it profoundly touches the soul, was something really new and really good for many.

In the brochure that the Schoenstatt Family of the Bamberg Shrine printed last week, it was stated like this:

In Covenant solidarity with Francis!

With the seal of our charism!

Pray for these intentions and make contributions to the capital of grace!

How does it work?

Contributing to the capital of grace is very simple:

I offer Jesus and Mary something;

something that I have to do anyway,

I offer it for…for example for the Pope’s intentions.

Most of the time, I only think about contributions to the capital of grace when I finally carry out a disagreeable task that I had put off for a long time. I offer this action to Jesus and Mary for the Pope’s intentions. In January it was for the homeless, with whom I am connected through my activities. Soon I realize that the disagreeableness of carrying out this task was transformed into joy, since I feel attached to helpless people.

Pope Francis trusts that the world can change a culture of indifference into a culture of encounter, in which we do not remain immobilized before the suffering of our fellow man, but instead that we develop new ways of praying and acting in solidarity to ease suffering.

I am also present! Pray, contribute to the capital of grace, change the world…

Cross on the road, close to the Shrine of Solidarity in Bamberg – Germany

Since this weekend, the text with the intention is clearly visible and hanging in the Solidarity Shrine. Dr. Mahlmeister, rector of the shrine, will be in charge of changing the intentions each month.

Brochures and informative material to make the intentions known and to invite those far from the Shrine of Solidarity in Schesslitz, belonging to the archdiocese of Bamberg in Germany, are ready. “In the text that appears when one clicks on the link to go this breaking news website, we want to give the opportunity to subscribe to the schoenstatt.org bulletin. Undoubtedly, that there are still many people to reach.”

Attached in the worldwide network

“What a joy, to participate, united to Tucumán with a very special solidarity of heart!

To feel attached with one another through a worldwide network, to renew the culture of encounter, makes me grow and I love it. Special gratitude for those who “highlighted” this idea!

Also the terms: “breaking news’ intentions” or prayer on the pulse of our time” touched me and I want to be present…”

Another thing bringing schoenstatt.org’s enthusiastic readers joy is that this project unites the Solidarity Shrine to the Tucumán Shrine in Argentina, where the Shrine team had already taken the intention at the beginning of the month. On 18 January, it was a part of the Covenant Day celebration. 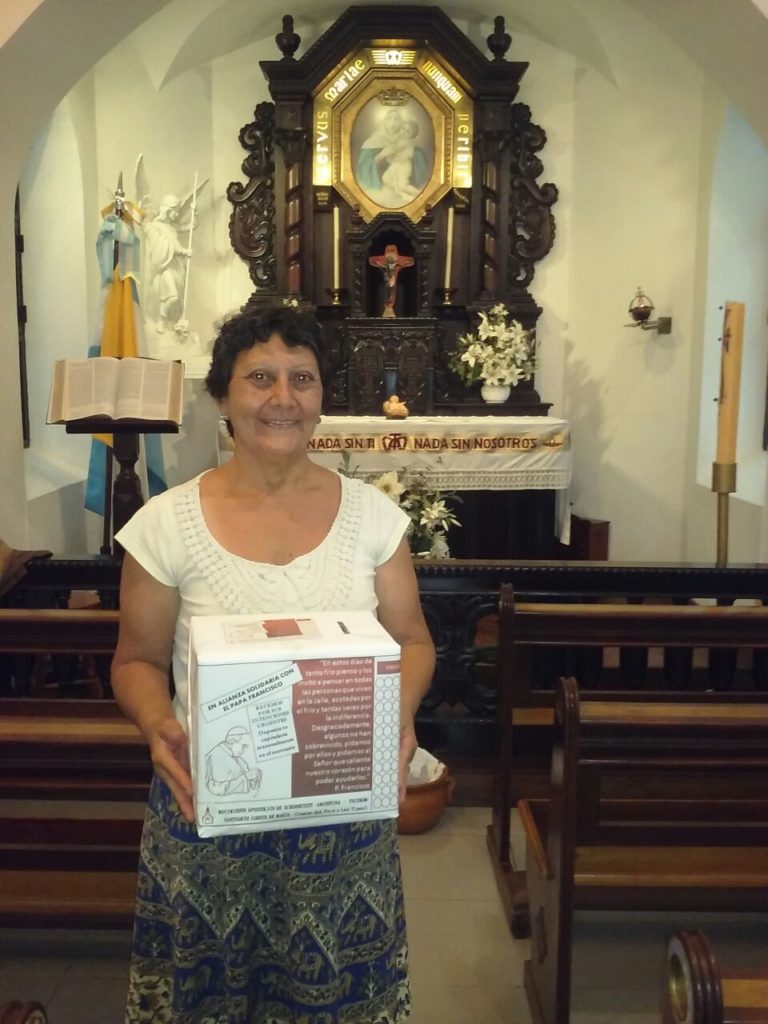 January 18, in the Shrine in Tucumán