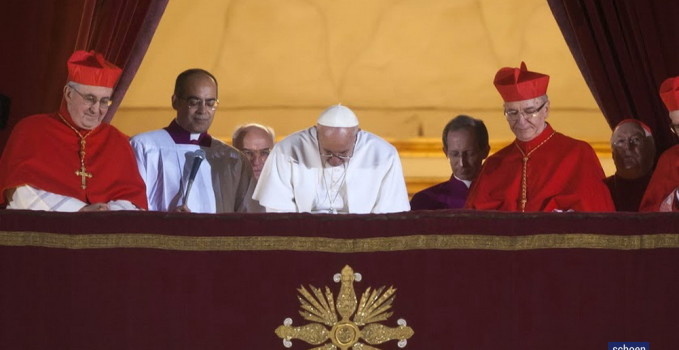 “Ever since his election on 13 March, Pope Francis has repeatedly asked us to pray for him and his service …,” Bishop Heinz-Josef Algermissen wrote for the third anniversary of the election of Jorge Mario Bergoglio as the successor of St Peter.

Pope Francis has since then surprised the Church and world with many initiatives, sayings and newly coined words, with unexpected gestures and sometimes an almost shocking straightforwardness and lack of diplomacy. Within the Church as well as outside it he has changed the coordinates. Journalists still battle at times even today because the usual “criticism of Rome and the Pope” suddenly comes from the conservative camp, and by no means lags behind it in stridency and hatred.

However, what was just as surprising and moving from the first day is the simple and honest request of Pope Francis to the People of God: Pray for me. 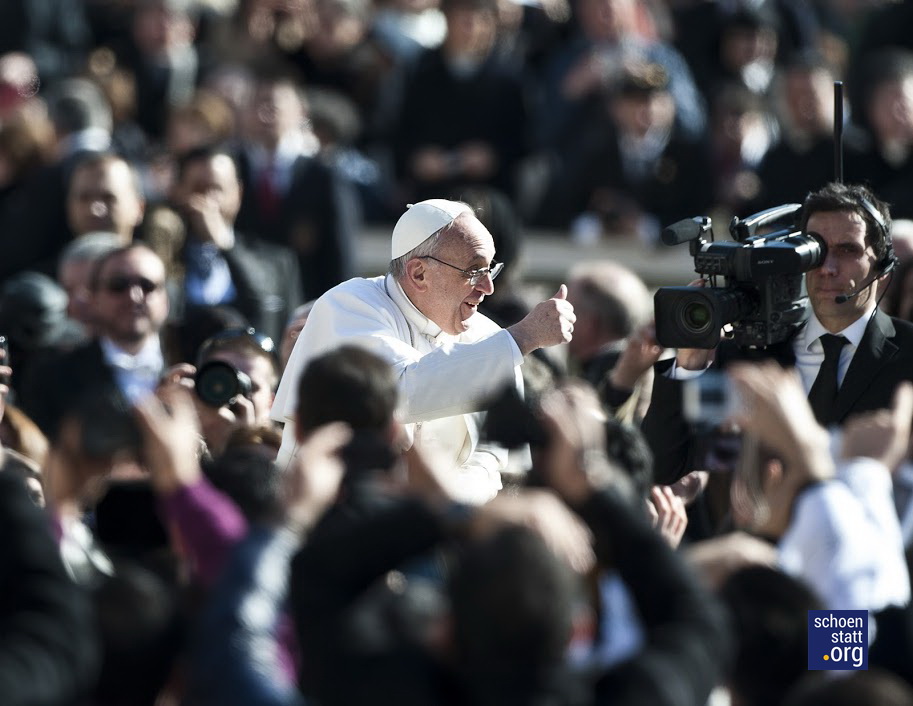 Many have made this request of Pope Francis their own. In a covenant of solidarity with Pope Francis, the collaborators of schoenstatt.org – and in the meantime many others – pray every day for him. Listen to his voice, carry out his wishes, pray for him: That is a brief expression of this “covenant solidarity”. After Francis’ visit to Mexico the bishops turned on a “prayer button” on his official website of the Papal visit with the text: “Thank Pope Francis for his visit. Don’t forget to pray for him.” By the 13 March 78,667 Mexicans had said a prayer for the Holy Father. The German Benno-Verlag published a small book with the title: Pray for me. It provides inspirations and texts that answer the core request of our Holy Father. 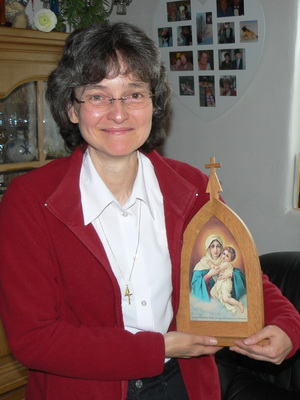 “The international prayer initiative “Pope Francis Prayer Rally” carries out this request of the Pope and invites all the Faithful to declare their readiness to pray daily for the Pope”, Bishop Algermission writes, and at the same time thanks “all who support the service of our Holy Father with their prayers.” By 13 March this year1418 people had visited the website of the Prayer Rally and promised to pray every day for Pope Francis. The website was started by Karin Schmitz of St Augustin, near Bonn, in the summer of 2014. Perhaps by 19 March, the third anniversary of his assuming office, they will have become 1500 … or more.

And now I want to bless you, but before I do so I want to ask you to do me a favour. Before the Bishop blesses the people, he asks you to call upon the Lord to bless me: The prayer of the people who ask for a blessing for their bishop. I ask you to pray in silence for me.”