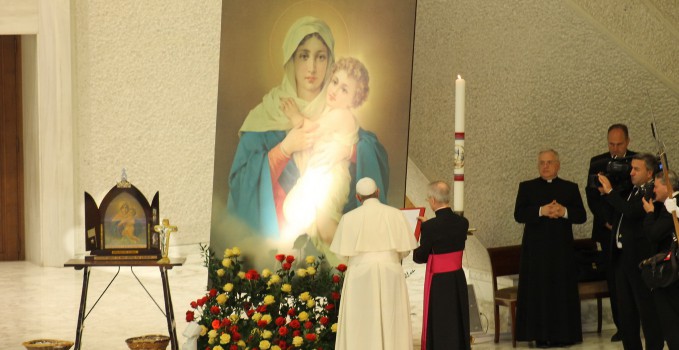 Looking Back on Pope Francis’ Message to the Schoenstatt Family — Part 4: Society and New Social Order

By Sarah-Leah Pimentel, South Africa, member of Schoenstatt.org`s editorial board •

There is not a lot of good news these days. Turn on the television and you hear about Syrian refugees being denied entry to Europe, civil strife in Palestine, Burundi, and Burkina Faso, families torn apart by gang and drug violence in Mexico and South Africa, extremist terrorist groups laying waste to parts of the Middle East and Africa, human rights abuses in Myanmar, Paraguay, and Angola.

How do you find hope and joy?

The question that the Schoenstatt Family posed to Pope Francis in last year’s audience – how do you find hope and joy in the midst of such suffering – is a very real one for us too, as we encounter the hopelessness around us.

The Holy Father didn’t tell us how we should work to solve the problems in society, which I think many of us expected when the Schoenstatt Movement asked him to reflect on how our covenant of love with the Blessed Mother could help to make a positive difference in the world. Instead, he spoke about the attitude one must have in order to face the challenges of a changing world serenely: prayer and surrender.

He begins by saying that a first step in encountering a world that we sometimes don’t understand is to not plan how we would fix it, but to “abandon myself to His goodness” and trust that God will not abandon us.

This at once reminds us of one of our favourite Schoenstatt prayers:

The second attitude toward becoming serene – despite the storms around us – is to dedicate ourselves to a life of ardent prayer. Such prayer, says Pope Francis, is an awareness of our own weakness. This awareness of weakness brings humility, the humility that is required to look at the world differently.

Go to the peripheries

Francis notes that too often, we view the world from the centre. When we are in the midst of our problems we can only see them from the narrow view of our limited perspective. However, says the Pontiff, if we allow the “one centre – Jesus Christ” to take charge of the problems while we retreat to the peripheries, then “you can see them more clearly.”

Francis points out that those who place themselves at the centre of authority – instead of Christ – often end up having to defend their position and do not have the luxury of seeing reality from a different perspective.

In fact, Pope Francis says that “revolutions…make us see the other side of the same reality.” A revolution is almost always ignited by a discontented group on the periphery who views reality from a different perspective to those who are in power and have particular interests to defend. The Arab Spring is a good example of this. Of course, not all revolutions are good. But they are a sign of our times and a call for us to interpret them.

We can apply this very easily to Schoenstatt’s prophetic role. The prophet is always the voice in the wilderness, the lone voice in a sea of criticism. But the prophet has the privilege of seeing the truth better because he stands at the peripheries of society and is able to look in more clearly and speak truth to power.

Prophetic vision requires us to step away from the centre, to observe the world around us without any self-interest and imagine God’s perspective, the perspective of the other.

The true prophet is, therefore, often must “pass the test of rejection,” whereas “false prophets are never rejected because they told the kings and the people what they wanted to hear.”

Pope Francis makes reference to Fr. Kentenich as a prophetic figure who faced “rejection” and “lack of understanding.” However, this “is the sign of a Christian who goes further.” We see this clearly in the life our founder, whose imprisonment in Dachau and exile in Milwaukee was the rejection he received for identifying the flaws in the society and Church of his time.

In his conversation with the Schoenstatt Family during the audience, the Pope acknowledged that this kind of life is not an easy one, but requires “courage to carry on and the endurance to bear the weight of the work.” The prophetic figure, he says, will always have to endure contradiction, criticism, and “difficult life situations” that will require taking up a moral stand, a place that is often very lonely.

In order to endure all these, we need courageous prayer because “prayer without courage is ‘wishy-washy’ and does not work.”

Reflecting on the Holy Father’s words makes us realise that that he is not asking us to change the world, but to change of ourselves. The powerful effects of self-transformation – as we know from the graces we receive in the shrine – radiate far beyond ourselves; not from anything we do, but from the grace of God working through us. This self-abandonment that Francis speaks of, can be summarised in this age-old piece of wisdom: Let go and let God.

If we surrender and let God act through us, through our lives, then we will make the world a better place. If we are able to find hope and joy in every situation, it permeates into the wide society and becomes a catalyst for change. If this is accompanied by prayer, then we, like Pope Francis will see the “miracles God has worked through people who abandon themselves into His hands.” 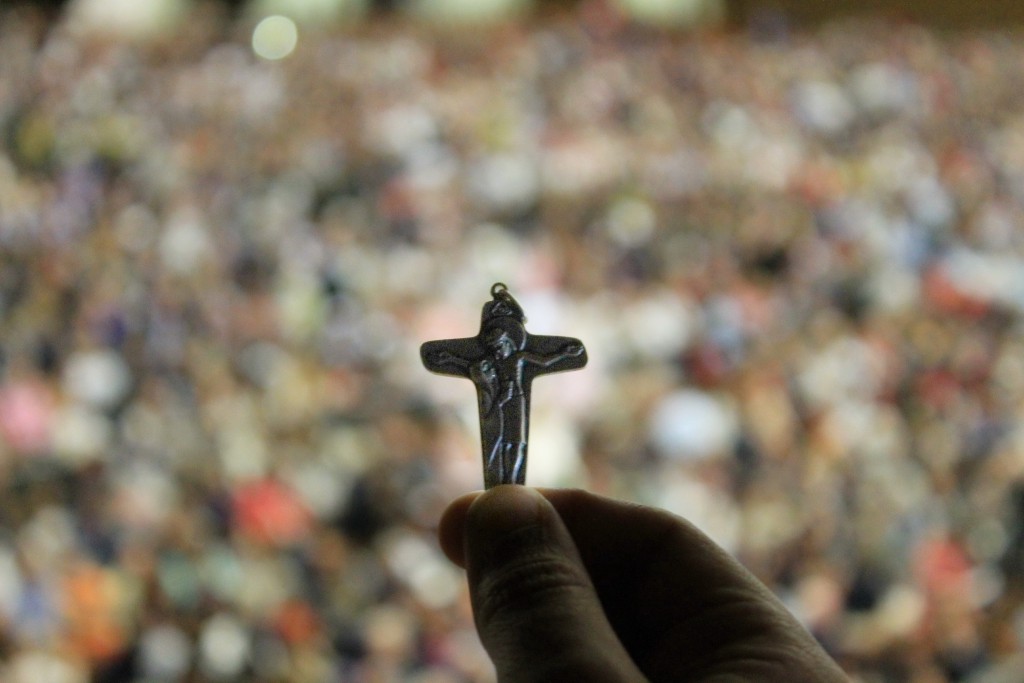