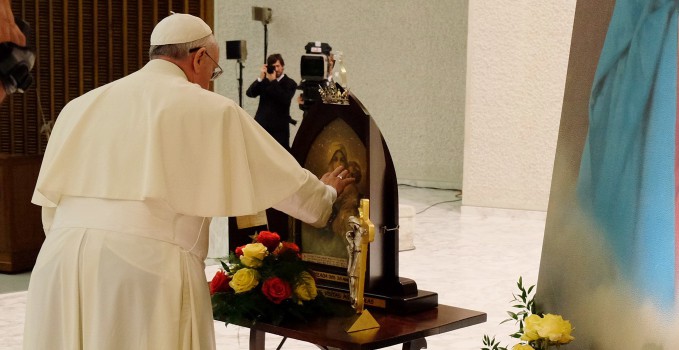 Looking Back on Pope Francis’ Message to the Schoenstatt Family – Part 1: Marriage and Family

It’s been ten months since about 5,000 representatives (and thousands more who were watching at home) of the International Schoenstatt Family gathered in the Paul VI Hall in the Vatican for an unforgettable encounter with Pope Francis.

The audience was more than just the final big event of the two-week celebrations of the 100th anniversary of the Schoenstatt Movement and the Covenant of Love in a small shrine in Germany. Fr. José Maria Garcia, in the introduction to the book containing Pope Francis’ message to the Schoenstatt Apostolic Movement, described the encounter between Pope Francis and the Schoenstatt Family as an “atmosphere of family” where the Pope was a “father who is close to us and spoke with a warm honesty about the issues that move us and call us to respond.” Fr. José Maria added that the Holy Father gave us a “powerful and challenging message” that should inspire us to follow in Fr. Kentenich’s footsteps by living our covenant of love through “service to a Church whose vocation is Family.”

After such great events — requiring years of spiritual and practical preparations — there is a danger that we just go back to doing the same old thing that we’ve always done and do not take the time to reflect on the gifts that we received. As a result the inner transformation that such moments of grace offer us often remains infertile. It is good therefore — in the weeks before we celebrate the first anniversary of the second century of Schoenstatt — to stop and reflect on our continued Schoenstatt mission by unpacking and distilling the Holy Father’s message to the Schoenstatt Family at the start of its second century.

Over the next few weeks we will examine each of the five areas (family, pedagogy, youth, Church and new social order) that Pope Francis spoke about on 25 October 2014. 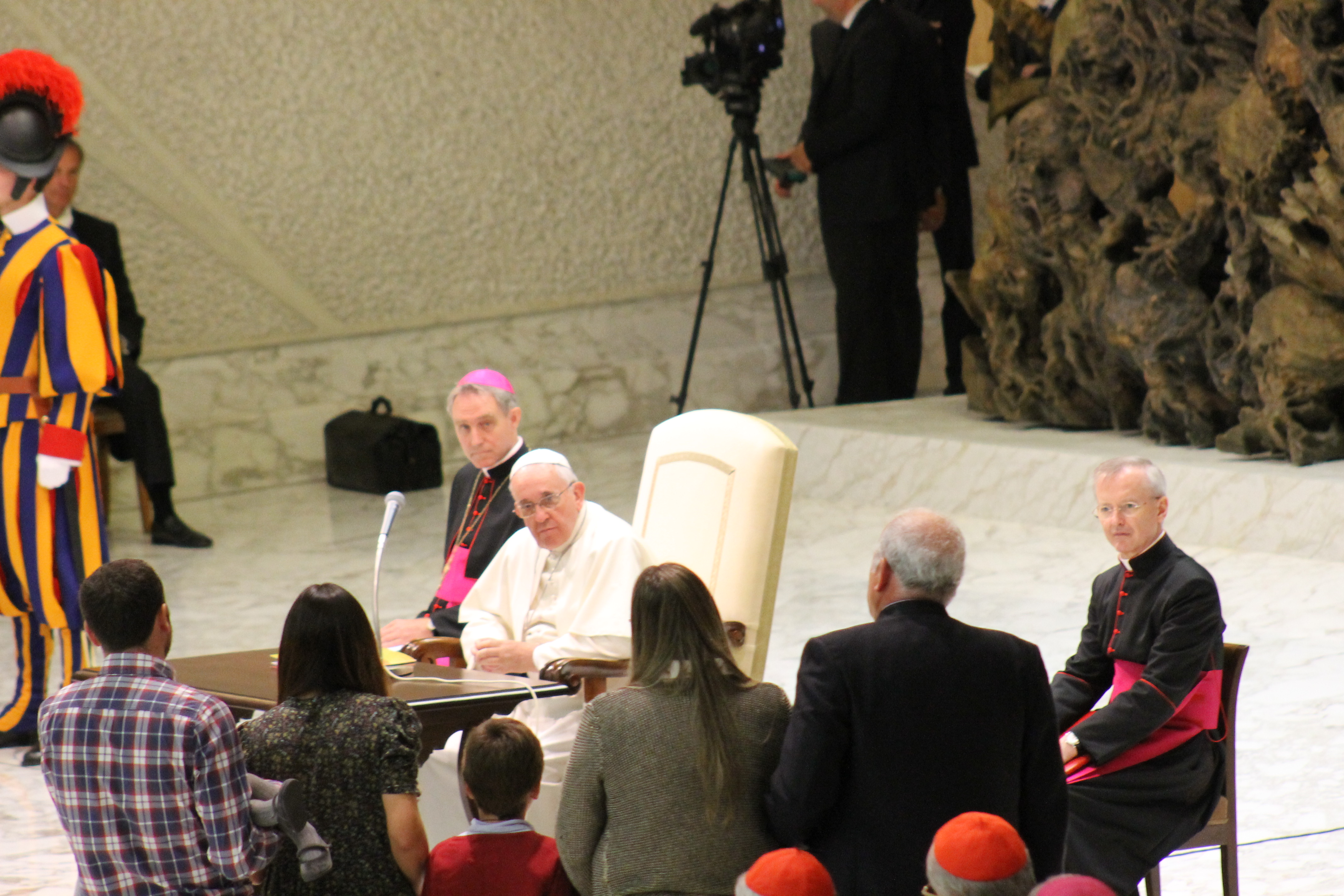 We begin this series of short reflections by looking at the family. This is one of the areas where Schoenstatt has perhaps made the greatest contribution on the last century. We have so many powerful initiatives throughout the world that uphold and fortify families. We need think only of the Family Missions in Latin America, Spain, and Portugal,  courses for married couples in Germany or programs to evangelize families in Brazil, and ministries that reach out to divorced and remarried people in Paraguay to name but a few.

The work that we are doing to heal and uplift families speaks directly to Pope Francis’ concern that the “Christian family, the family, marriage has never been attacked as much as it is now.” In the audience he told us that part of the problem is that marriage has lost its sacramental significance. The Holy Father warns that increasingly, the concept of marriage is reduced to nothing more than “an association.”

Educating ourselves on marriage

This is perhaps a call to reflect on what marriage means to us. Perhaps we are already married or are thinking of marriage. How are we living out our marriage vows? Do we fully grasp the meaning of the sacramental dimension of marriage and as co-creators with God, are we completely open to new life? We are encouraged to educate ourselves on the Church’s teachings on marriage and the pivotal role it plays in the human family; remaining faithful to the marriage vows in light of difficulties and suffering; issues of sexuality such as natural family planning, the use of contraception, dealing with infertility; and raising children. A good starting place might be to read and pray with Theology of the Body, a series of lectures given by Saint John Paul II. 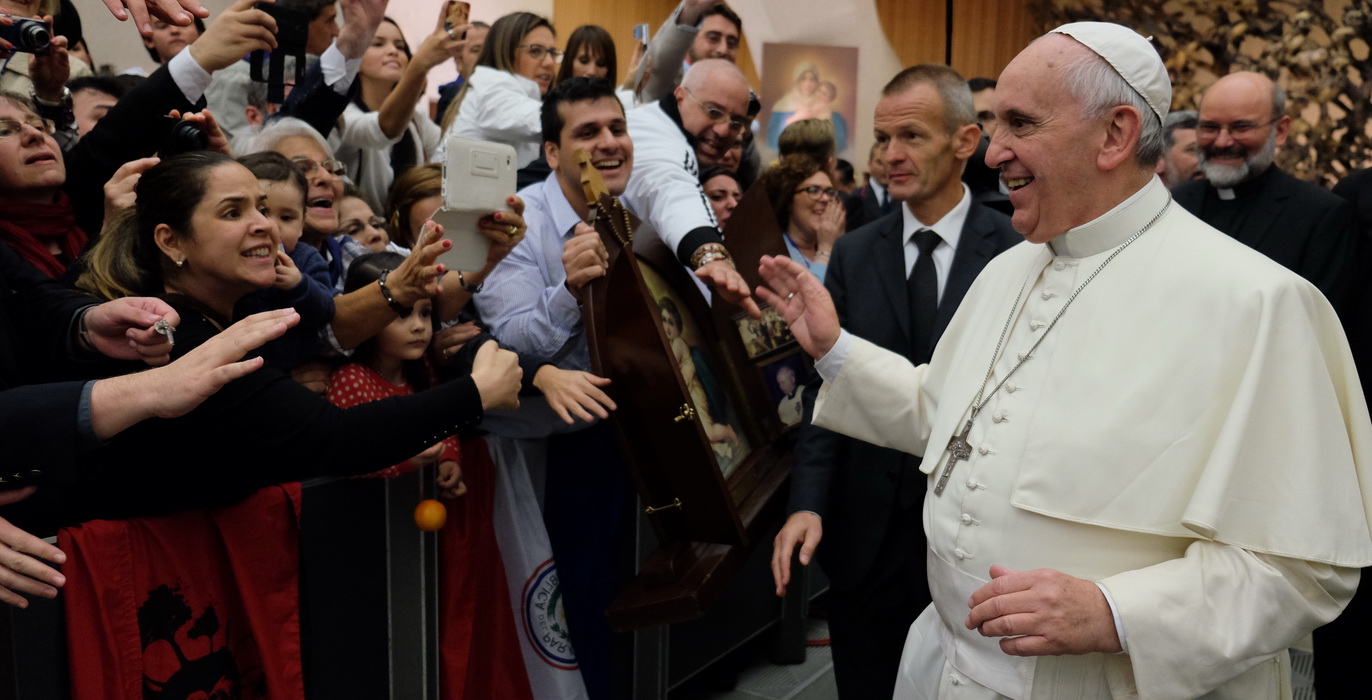 Pope Francis doesn’t focus only on the problem facing marriages today but also provides the antidote. It may appear odd that his solution is to provide pastoral help that is “body to body” and requires us to “waste time.” He explains that it is only by taking the time to accompany people that we can “allow consciences to mature, to heal, to teach.”

Too often we prepare couples for marriage briefly before the wedding and then they are left on their own. Our parish priest recently drew a parallel, saying that a newly ordained priest needs to be accompanied closely in the first five years of his priesthood to ensure that his vocation endures a lifetime. Similarly, married couples also need guidance as they encounter new realities of their lives together. If we are to build good marriages, as Church, we need to accompany married couples, particularly in the first years of their marriage. As the Holy Father told us, “you cannot prepare couples for marriage in two meetings, two conferences. That is our sin of omission as pastors and lay people who are really interested in saving the family.”

This poses serious food for thought. What are we doing to save the family? At the start I said we have some wonderful initiatives to minister to families and couples. But I think Pope Francis is challenging us even further. He is calling each one of us to accompany couples. Those who can best accompany young married couples are other married couples who have a lifetime of experiences on how to build the marriage tent in the good times, tools to overcome difficulties in faith and love, good advice on how to raise children, and practical experience on every aspect of married life.

I find it so beautiful when occasionally in Mass, a couple that has been married for 30, 40, or 50 years comes up for a special blessing. This is a wonderful testimony to the permanency of marriage and a real antidote for what Pope Francis describes as a “culture of temporariness.” But perhaps these couples have even more to offer: how about accompanying a young married couple that is still at the start of their journey into matrimony?

Family is our greatest treasure…but we can do more

Family is our greatest treasure in Schoenstatt. But we can do more. And we don’t need programs or structures to do this. The best testimony for marriage is to be married, to remain faithful to the sacrament of marriage in the good and bad times, to share our experiences with others and encourage younger married couples or those who live outside of the marriage vows to an ever deeper union to each other and to God who through their love, makes manifest his love for all of creation.

By taking time – “wasting time” – and walking with them in a personal “body-to-body” mentorship, we can take up the Holy Father’s last words to the Schoenstatt Family on marriage and family: “Patience. Patience. A word today, an attitude tomorrow.” 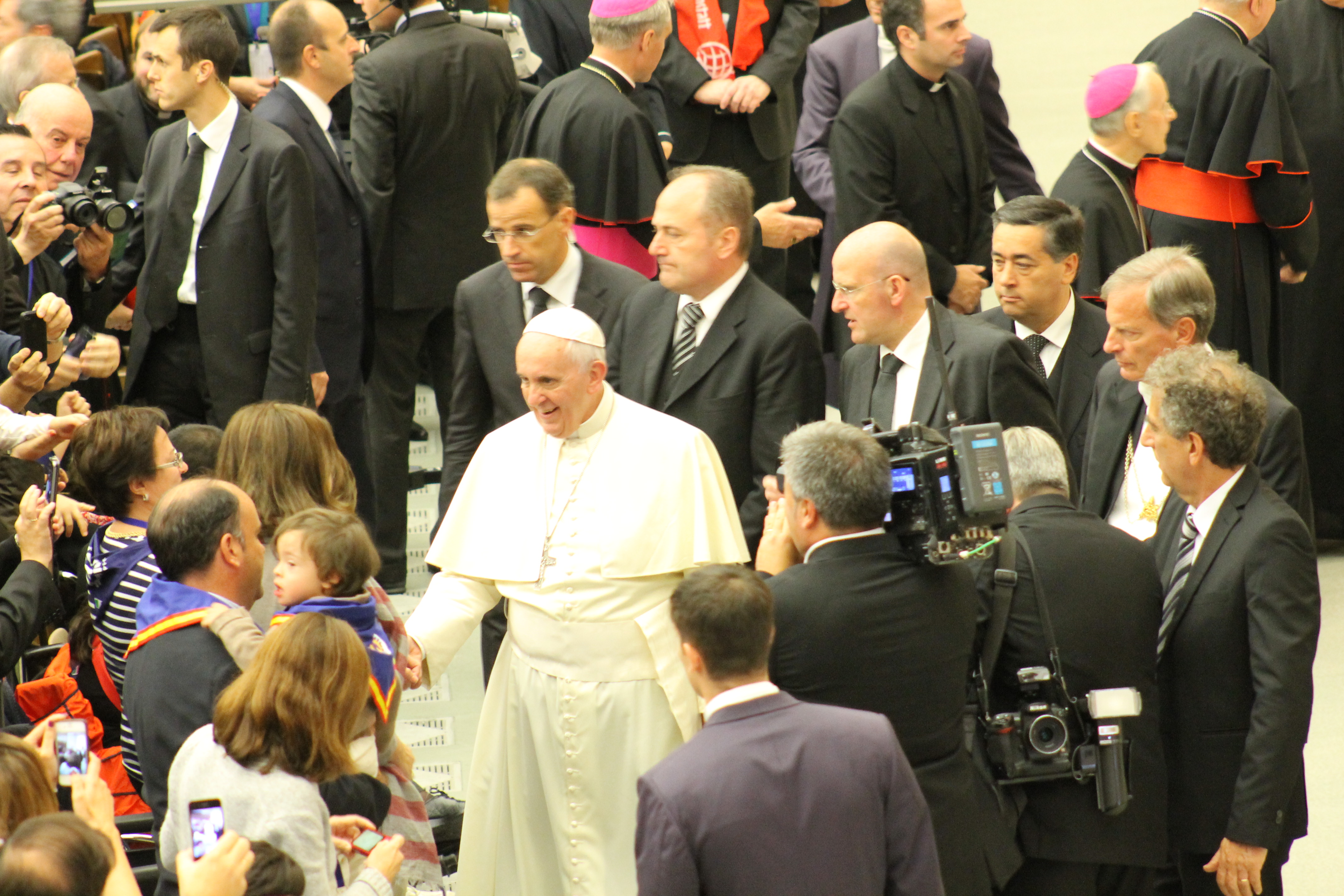 All photos: ©Fotografie Felici, permission given for usage at www.schoenstatt.org only