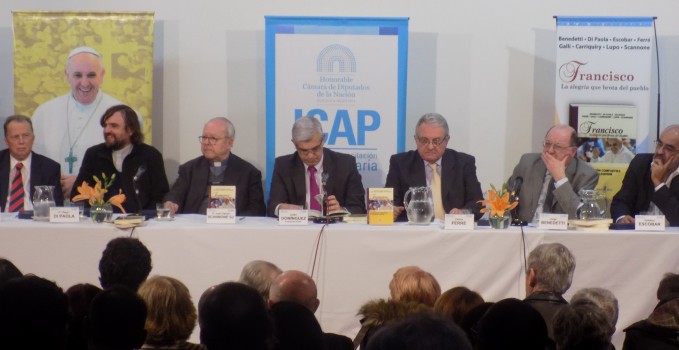 Presentation of the book: Francis, the Joy that Springs from the People

The President of the Honorable Chamber of Deputies of Argentina, Dr. Julián Domínguez, declared that Pope Francis: “Came to ratify that Faith is constituent to our identity as a nation. He broke the established order, and the originality of his gaze is the expression of this Great Nation that is resurging. After Francis, nothing will ever be the same in Latin America because he came to give identity to our historical process and to the dreams of our liberators.” He stressed the importance that the thinking and actions of Francis grant to people as active subjects and as protagonists in the construction of our history.

He did it on the background of the presentation of the book, Francis, the Joy that Springs from the People, [link in Spanish] which took place in the annex “A” auditorium of the Chamber of Deputies of the Nation, before a large assembly overflowing the chamber. More than 250 people filled the auditorium and capacity is 220 seats. Around fifty people had to stand. Highlighted was the presence of the Apostolic Nuncio, the Most Reverend Emil Paul Tschering, who thanked the authors and Dr. Domínguez for the event that turned out to be a heartfelt tribute and expression of support for Pope Francis.

Likewise, professor Aldo Carreras was in charge of reading the statements of agreement from two of the authors of the book that could not be present due to their being at the Vatican. They were: Guzmán Carriquiry Lecour from Uruguay, Vice-President of the Pontifical Commission for Latin America, and a priest, Father Carlos Galli, who was named by Pope Francis as a member of the International Theological Commission. 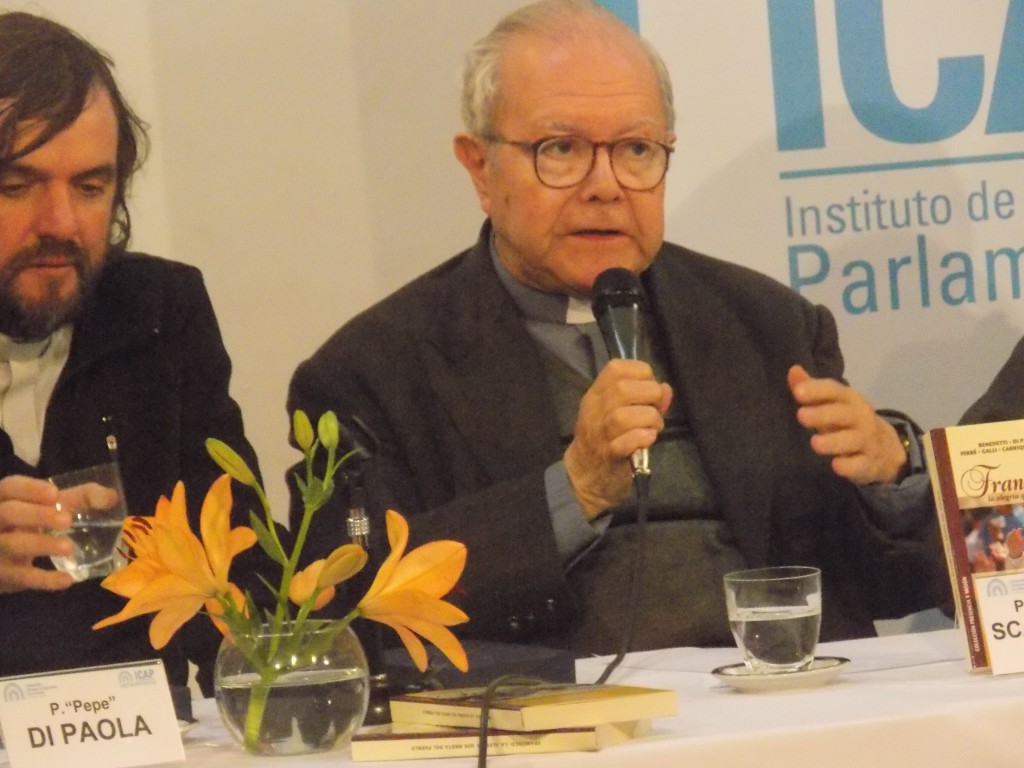 Juan Manuel Valdés, director of Worship for the Chamber of Deputies, was in charge of opening the ceremony with the presence of numerous legislators. Among them were: José Vilarino, Marcela Bianchi and Carlos Kunkel; the former ambassador to the Holy See, Carlos Custer; the former-vice chancellor, Victorio Taccetti; actors, Edgardo Nieva and Alberto Benegas; and also leaders from the unions, businesses, and universities.

Afterwards each one of the authors referred to the topic of which I write. Thus Dr. Juan Carlos Scannone, a Jesuit priest, professor of Jorge Bergoglio and one of the members of the thought current named “The Theology of the People,” referred to “The enculturation in Evangelii Gaudium.” Jorge Benedetti, also author of the book “Option for the Poor,” spoke on “The social dimension in the thought of Francis.” Dr. Carlos Ferré, National Representative (m.c.) and current publishing house director of the Circle of Legislators of the Nation (a Schoenstatter and well connected to the editorial team at schoenstatt.org, (in covenant solidarity with Francis), spoke on “The concept of community in Francis’ pontificate.”

Víctor F. Lupo, writer and leader of the Social Sports Movement (MSD), spoke on “The Pope and Sports.” Fr. José María Di Paola, better known as “the small-town priest,” referred to “Popular Religiosity and Francis.” And Gustavo Escobar, teacher and author of numerous publications, developed the topic “Nothing more encouraging than to have hope.”

The book is a reflection shared on the encyclical of Pope Francis, “The Joy of the Gospel,” and it helps to analyze it from different angles, contributing enriching insights on multiple aspects.

Francis reminds us that religion should be practiced with joy, humility and commitment to those most in need 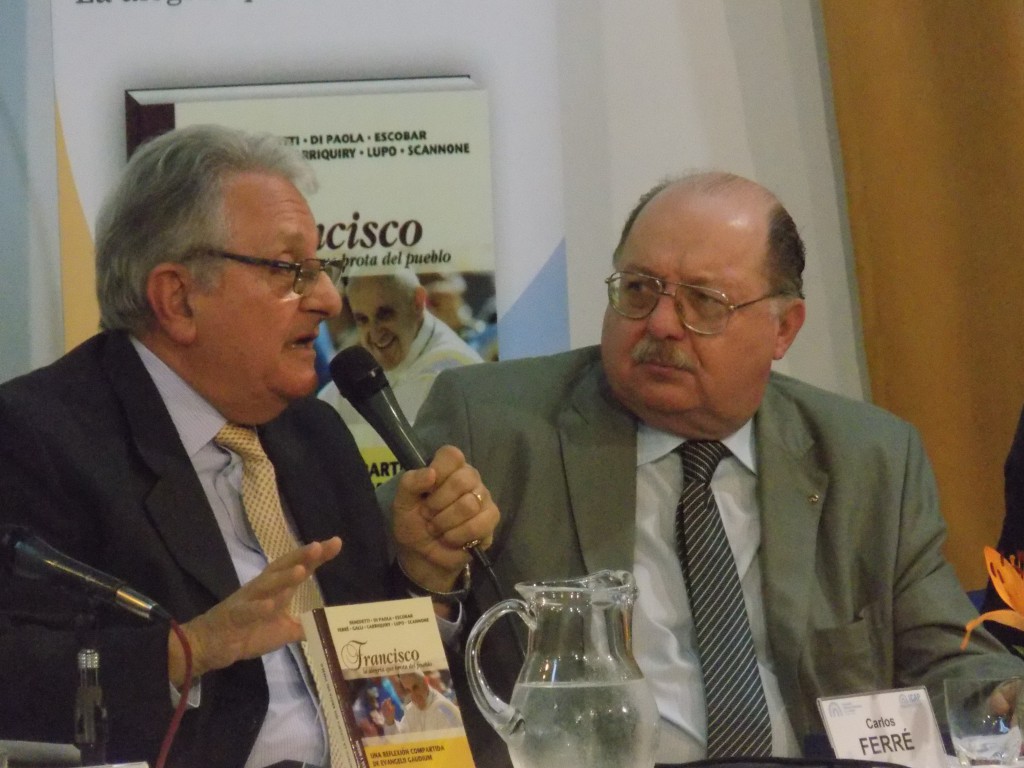 The President of the nation’s Chamber of Deputies, Dr. Julián Domíguez, was in charge of the closing. He began by expressing, “It is difficult for me to convey more than what the authors – with their great intellectual capacity – have already said on the Pope’s thinking, but I want to highlight that for me, Francis reminds us that religion should be practiced with joy, humility and commitment to those most in need. His coming came to ratify that Faith is constituent to our identity as a nation. He broke the established order, and the originality of his gaze is the expression of this Great Country resurging. After Francis, nothing in Latin America will ever be the same because he came to give identity to our historical process and to the dreams of our liberators. In conclusion, congratulations to the authors, and I am asking the public here to read this marvelous book.