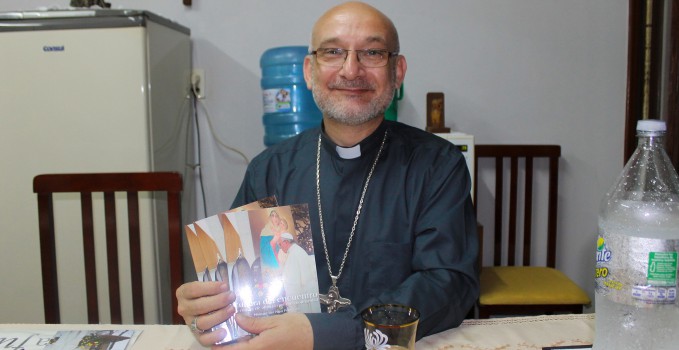 So Pope Francis’ message can be taken in more profoundly

By Maria Fischer, from Buenos Aires •

“I heartily thank you for the books, “Cultura del encuentro” [“Culture of encounter”] designed for this purpose. By doing this you are helping to take in Pope Francis’ message more profoundly,” wrote Archbishop Emeritus, Robert Zollitsch, from Freiburg, Germany in mid-March, after receiving some German edition copies. Auxiliary Bishop, Michael Gerber was also happy to be able to give a couple of copies.

A few days later, on 25 March, in Encarnación: Bishop Francisco Javier Pistilli, a Schoenstatt Father, gladly received the copy schoenstatt.org’s compilation of the Spanish edition of the book with Pope Francis’ message to the Schoenstatt Movement. His joy was great: “I wanted to obtain the books, but in Tuparenda they were sold out; they are waiting for a new order from Argentina.” He appreciated the initiative of schoenstatt.org and of Patris Chile. “Pope Francis’ message during the audience in October maps out the road for the future.”

In the following days, the copies that arrived quickly changed hands; the books also “disappeared” in Tuparenda – where some crucial paragraphs of the book were read during talks to the Schoenstatt Family- as a result of an intimate request. Again it was impossible to buy it, not one single copy was available. “They were sold in one weekend,” the small bookstore reported. 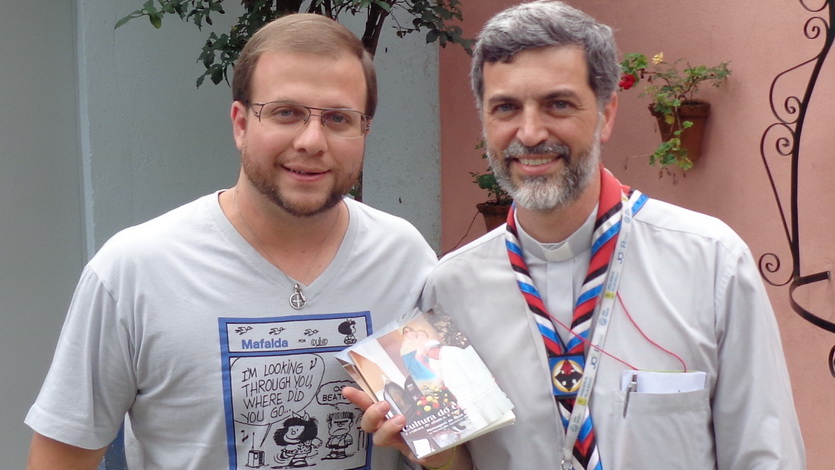 This is how we live the Covenant of solidarity with Francis

A total of 1,000 copies were printed in Argentina, and they were distributed to the Schoenstatt bookstores there and in Paraguay. Everything began with the crazy idea of having Pope Francis’ message available within the Schoenstatt Movement, not only on schoenstatt.org, but to produce it as a book. “Was this truly only our idea?” Dr. Carlos Ferré asked during the encounter of “Generación Francisco” [“Generation Francis”], in Buenos Aires. “Yes!” the response resounded. “This is how we lived the Covenant in solidarity with Francis. It becomes concrete.” It becomes concrete thanks to the generous collaboration of Nueva Patris and many others who made this project their own.

For instance Gertrud and Norbert Jehle of the Schoenstatt Center in Memhölz, Germany. We printed and distributed the German edition; it was their decision at the beginning of January. We printed 1,000 copies. Generously. Will we sell all of them, in order to cover the costs? By mid-March, half of the copies were sold…

Sister M. Elizabeth Parodi, with some others in Rome, committed to the Italian edition. She relates, the Sisters from the Cor Ecclesiae Shrine are well supplied, because this year, they want to give a copy of the book to the bishops and priests, who visit the shrine.

The distribution of the book from Chile began in March, after the summer vacation – some 200 or 300 copies in Spanish and many in Italian and English have been sold, according to information from María Teresa Ramírez, the manager of Editorial Patris – among others, twenty-five copies in English for families who have participated in the Academy for Family Pedagogy in Lithuania. 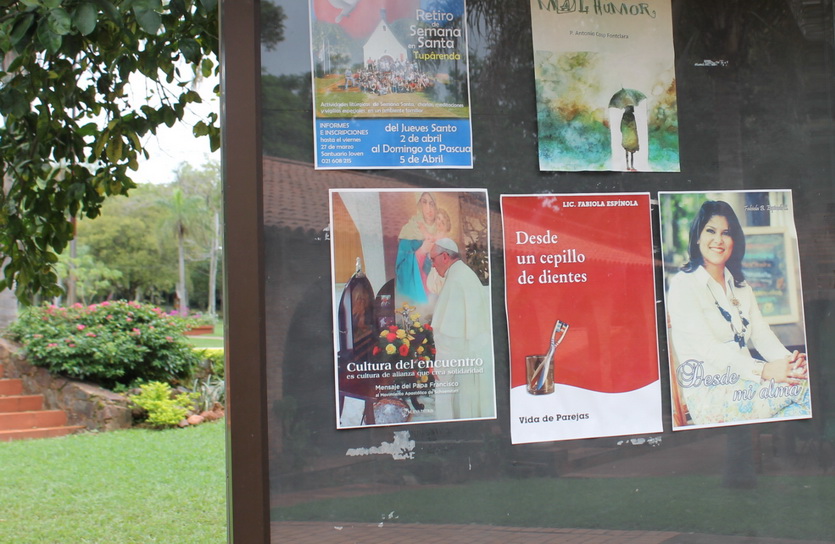 And… to whom do you want to give a copy?

And…to whom do you want to give a copy? 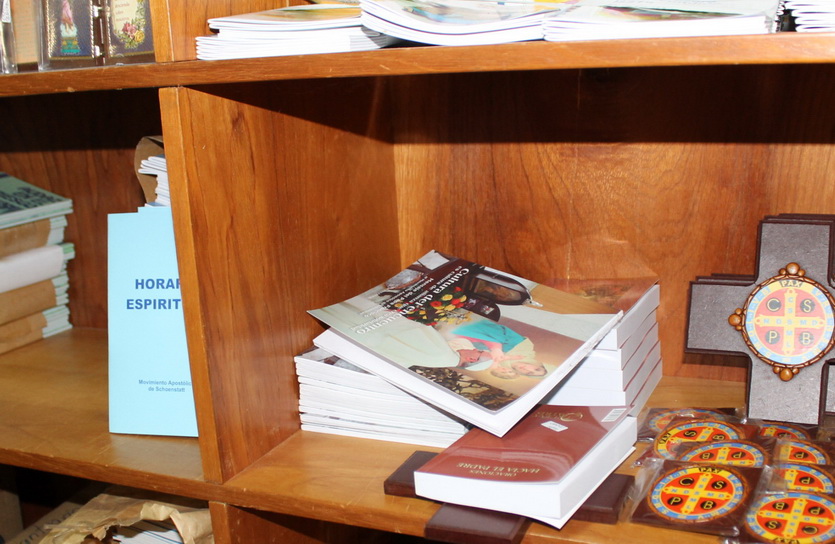 Via ISBN in any bookshop anywhere in the world