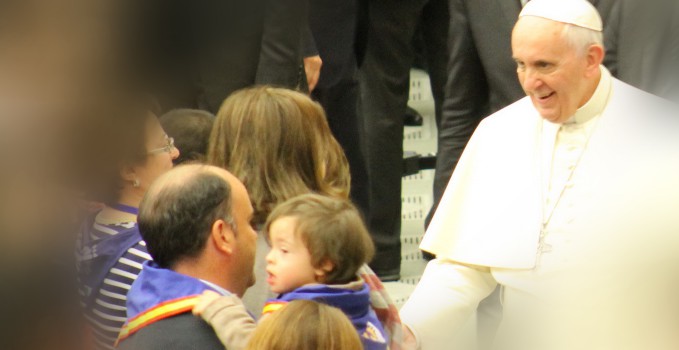 UNIVERSAL CHURCH, Maria Fischer – with material from the website of the Dicastery for the Laity, the Family and Life •

The document has been published, “Catechumenal itineraries for married life. Pastoral guidelines for particular Churches“. The document is an initiative of the “Amoris Laetitia Family Year” and responds to the Holy Father’s desire to offer new paths for preparation for the sacrament of marriage. —

“The joy of love that is lived in families is also the jubilation of the Church”: these are the first words of Amoris laetitia, which constitute a message, but also an appeal by the Holy Father Francis for the Church to be able to proclaim, especially to young people, the beauty and abundance of grace that are contained in the sacrament of marriage and family life. The call is to form and accompany young people so that they can not only understand but also experience the Lord’s presence in the couple and thus, as Pope Francis says, come to “mature in the certainty that in their bond there is the hand of God.”

The need for a new catechumenate

To this end, the Dicastery for the Laity, Family and Life has prepared a document that offers pastors, spouses and all those who work in family ministry a renewed vision and methodology of preparation for the sacrament of marriage and all married life.

“Catechumenal Itineraries for Marriage Life.” Pastoral orientations for particular churches follows up on an indication repeatedly expressed by Pope Francis in his magisterium, namely “the need for a ‘new catechumenate’ that includes all the stages of the sacramental journey: the times of preparation for marriage, its celebration and the years that follow,” especially when spouses might go through crises and moments of discouragement. 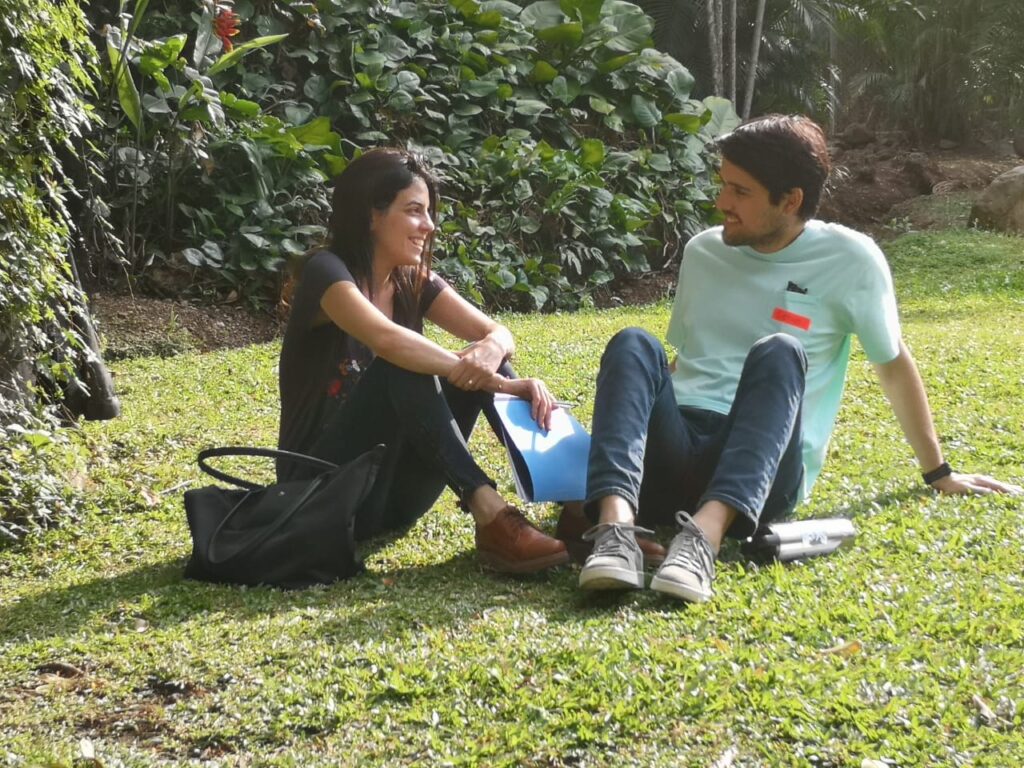 The Role of Couples in Accompaniment

On the part of the Dicastery for the Laity, the Family and Life, two new aspects of the Document stand out: first of all, a look that is aimed at the future of the family, with a very remote preparation for the marriage vocation. It is, in fact, about preparing the ground by beginning to work with children, adolescents and young people, planting seeds whose fruits may be seen in the years to come. Young people who, otherwise, would probably never get married. This is because the proposal is not simply to renew immediate preparation for marriage, but to set up a vocation ministry that announces to children and adolescents the vocation to marriage, so that they are accompanied to the gradual discovery of a call to Christian family life. A quick preparation of engaged couples, just before the celebration of the rite, in fact, is no longer sufficient nowadays for the Church to genuinely care for those whom the Lord calls to marry and build a Christian family.

Second, the importance of the fact that, alongside priests, there are married couples who accompany the catechumenate of those who ask for the sacrament of marriage is emphasized. Their experience of married life is decisive so that there can be understanding, acceptance and gradualness in this path, which, in many parts of the world, by the way, is today often directed to couples who are already living together and who can thus feel understood by those who live their already familiar experience.

A bond between mutually supportive families.

“The concern of the Dicastery for the Laity, Family and Life“ commented Card. Kevin Farrell, Prefect, “is to transmit to bishops, family pastoral workers and formators, the Holy Father’s invitation to seriously rethink marriage preparation as a continuous accompaniment before and after the sacramental rite. A competent and concrete closeness, made up of bonds between families that support each other.”

Divorced in new union and marriages in crisis

In the preface to the Catechumenal Itinerary for Married Life of the Dicastery for the Laity, the Family and Life , Pope Francis insists that “the Church wants to be close to these couples and also to walk with them (…), so that they do not feel abandoned and can find in the communities accessible and fraternal places of welcome, of help in discernment and of participation.”

“It is my fervent hope that this first Document will be followed as soon as possible by another, indicating concrete pastoral methods and possible itineraries of accompaniment, specifically dedicated to those couples who have experienced the failure of their marriage and are living in a new union or have remarried civilly.” Pope Francis wants to continue working on the reception of the divorced and remarried and calls on the Church to be involved in this work.

The text adds that “preventing breakups is, in fact, a decisive factor today in avoiding separations, which can deteriorate and irreparably damage the bond”. In this sense, Rome suggests that “spouses, especially those who have lived through a crisis after having overcome it, become ‘companions’ of couples in difficulty or already divided”.

In the same way, the text points out, “it is urgent to set up formation projects aimed at couples who accompany both those in crisis and those separated, in order to create the conditions for a pastoral service that responds to the needs of the families” and, also, of the children.

However, “despite all the support that the Church can offer to Christian couples, there are, however, situations in which separation is inevitable,” admits the document, which recognizes, citing Amoris Laetitia, that “at times it can even become morally necessary, precisely when it is a matter of removing the weaker spouse or young children from the most serious wounds caused by arrogance and violence, discouragement and exploitation, alienation and indifference.”

For this reason, it is indispensable to “accompany [also] pastorally the separated, the divorced, the abandoned.” “The pain of those who have unjustly suffered separation, divorce or abandonment, or who have been forced to break off their cohabitation because of spousal abuse, must be especially welcomed and appreciated,” the Vatican document adds.

In many countries, there are proven projects especially for these last two aspects, the accompaniment of marriages in crisis, for separated couples – Betania in Spain for example -, and for divorced people in new union, with the “Pastoral of Hope” born many years ago in Paraguay and today present in many other countries.

We invite everyone to share their experiences in any aspect of supporting families via Schoenstatt.org 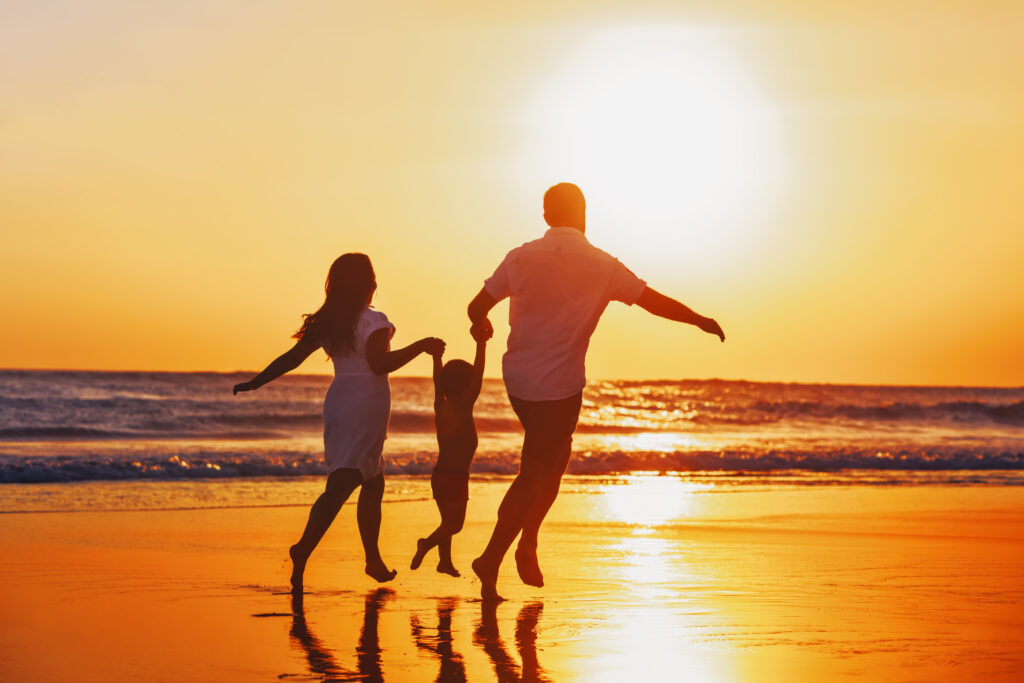 The document is published in hard copy by Libreria Editrice Vaticana (in Italian) and, for now, can only be found online in Italian, and Spanish. Versions in other languages will be published soon.