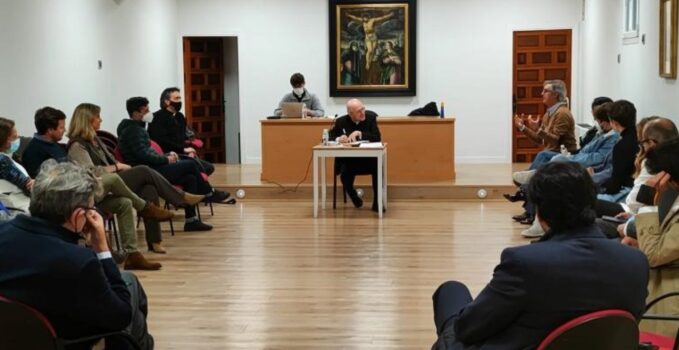 My name is Javier, I am a journalist and radio broadcaster and also a member of the Schoenstatt Institute of Families. A few days ago, I received an unusual call. It was from the person in charge of institutional relations of the Archdiocese of Madrid: “Good afternoon, my name is Andrés Ramos, and I am calling you on behalf of Cardinal Carlos Osoro”. It is not a usual call, certainly not. “Good afternoon, and what do you need from me?”. —

Don Andrés explained to me that the Cardinal was meeting with different sectors of society and that he wanted to bring together in the next few days a group related to culture and the arts. The first thing I thought was that, because of my work, since I have some contacts in that sector, he needed help to have some telephones: “Well, what do you need, some telephones? Well, he replied, I could use them, but I wanted to pass on the invitation for you to attend the meeting.” – Of course,”, I answered quickly, I did not even ask what other people were attending.

Some of them showed me their surprise at the meeting

The Cardinal received us at the Archbishopric of Madrid last Monday, March 7 at 5:00 pm. I was among the first to arrive and I met a famous television presenter, whom I already knew, and a well-known film director, whom I also had the pleasure of knowing. More guests continued to arrive: two well-known singers, an instagramer, a bullfighter, an Olympic medalist, a sculptor, a poet, a dancer, a Paralympic medalist, an actor, a director of the Teatro Real, the Reina Sofia Museum, a film producer. All very well known, all extremely popular and recognized in their field. Some of them showed me their surprise at the meeting and made conjectures trying to guess why they were invited to the event and no other people who were more believers.

An open dialogue with all sectors of society

The dialogue, which lasted more than two hours, began with a brief introduction by the Cardinal, who explained that in this time of synod the Pope asked the apostolic leaders to establish an open dialogue with all sectors of society. Don Carlos had the idea of holding these meetings and transmitted it to the Pope, who encouraged him to continue doing so. He told us that he had already held this same meeting with political leaders of all ideologies, whether or not they were believers, with trade unions, businessmen, university professors and now with the world of culture and communication. There will be another one with vulnerable people who live on the street or who are in a complicated situation. 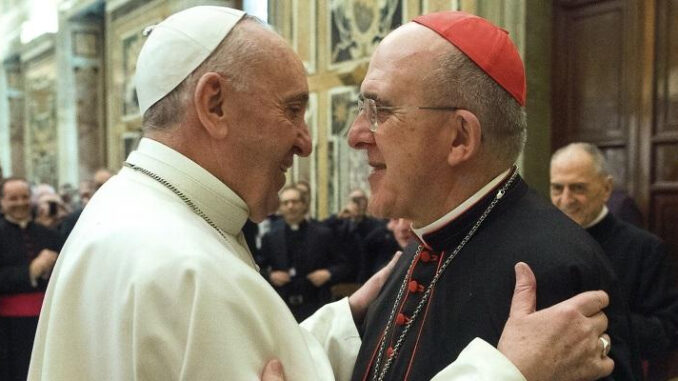 The mission of building bridges and tearing down walls

The Church, he said, has in these historic moments, the mission to create bridges and tear down walls, through clear messages and charitable deeds. He commented that crises can be overcome through three main ways: shared dialogue, working on common projects and constructive solutions to conflicts. For all these reasons, he wanted to listen to everyone by asking the following question: What would you, people from the world of culture and communication, like to ask of the Church in these historic moments?

At times they felt more judged than heard

The participants began to take the floor in an orderly manner. They were all grateful for the invitation and justified their faith. Hearing this, the Cardinal insisted once again: speak freely, no one comes to judge you, I come to listen, speak freely, say what you think. Soon a precious exchange began where, in order, the attendees spoke of their faith and how some of them had lost it, what was the reason for their departure from the Church. Some of them stated that they had felt judged for their sexual orientation, others that divorce and a subsequent civil marriage did not allow them to receive communion and that they did not feel able to ask for nullity because that would mean speaking ill of their former partner and they did not want to do so. The topics that came up were very varied: homosexual marriage, the access of women to the priesthood, the rigidity of ceremonies, the ostentation of wealth of the Church in some cathedrals. Most of them declared themselves agnostics or non-practicing believers and expressed their desire that often before the Church, both hierarchical and of the Christian people, they felt more judged than listened to, and asked for a greater openness to their condition or personal situation.

Jesus had come to be with everyone

In the face of all this, the Cardinal maintained a position, not only of listening, but of welcoming. It was striking to see how everyone opened up and showed something as profound as their life of faith to others with the longing of those who are seeking or have sought God at some point in their lives. The Cardinal reminded them that Jesus had come to be with everyone, that he accepted everyone, whatever their condition, their work, or their way of thinking. The subject of child abuse also came up, and the Cardinal was forceful, stating that within the Church not a single case of abuse should be condoned, being a very serious issue, but that it is a problem of society as a whole, not only of the Church, and that the whole society has to do its best to fight against it, as the Church was already doing.

Society is frightened and is looking for answers

I particularly wanted to thank the Cardinal for the invitation, and I told him of my concern for the moment we are living through: the pandemic has made us feel vulnerable, I told him. Science, one of our pillars, has shown us that there are times when you have to say NO, I DON’T KNOW. The foundations of liberal democracy and the pillars on which we base our coexistence, the threat of tyrannies, the cultural clash with Islam, where religion has not been separated from the state, the passage from one hegemonic state (USA) to another (China), the new xenophobic, populist, and nationalist policies, the technological revolution, climate change, are shaking. Society is frightened and is looking for answers, and the Church has the obligation to give the world that answer, because she knows it. But it must do so in a clearer, more direct language. The Church must learn to be in today’s world.

Another fundamental point for me is unity within the Church, to show the world how to solve the most controversial problems, such as nationalism and independence, with dialogue, fraternity, and unity, not only in words, but also by example. I also asked him that in this time in which hands are lacking and vocations are increasingly scarce, to give more prominence to the laity, even more, because it seems that for everything you must ask permission. Finally, I would like to emphasize the value of marriage as a vocation to holiness just as valid as that of other forms of consecrated life.

We are living a historic moment

The Cardinal ended the meeting by thanking those present for their time and attendance and making a short reflection on what he had heard: “It is one thing to be told what society thinks and quite another to hear it directly”.

After this experience, I can only ask for prayers for this synod and for the work of the bishops and the Pope in the coming years. Undoubtedly, we are living in a historic moment of great transcendence and the Church must respond. 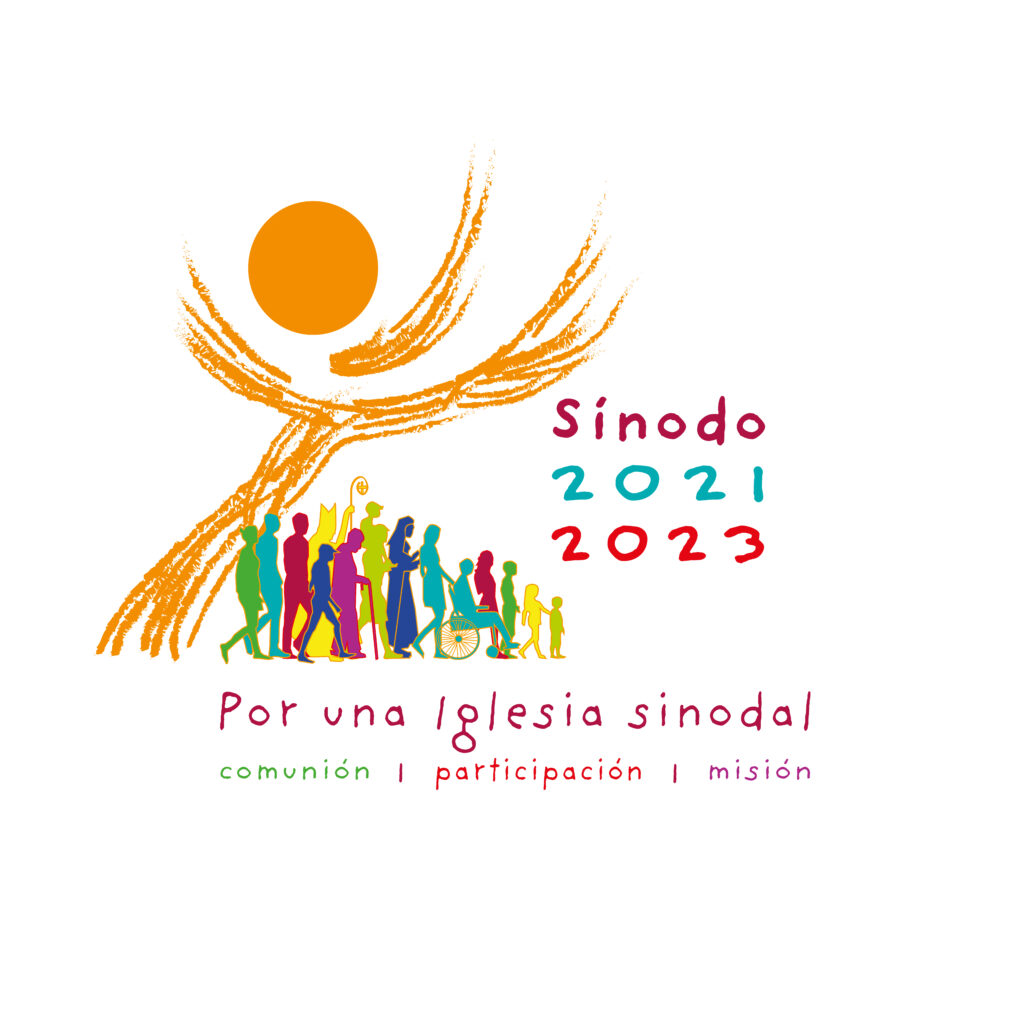