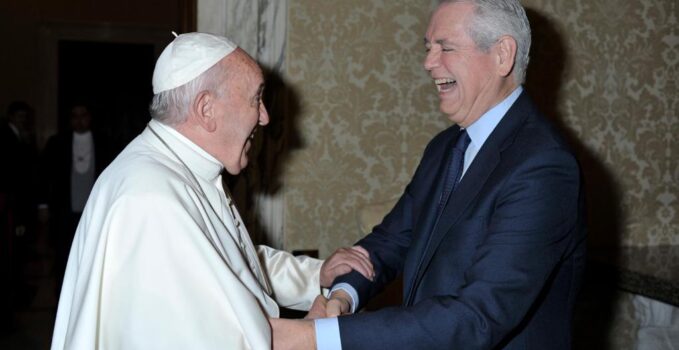 Posted On 2021-12-18 In Church - Francis - Movements, Covenant solidarity with Francis

Yes, Francis irritates me. I do have, however, a minor problem. We have been friends for 20 years. I walked into his office on the second floor of 415 Avenida Rivadavia in Buenos Aires for the first time on June 7th, 2001.

I expected it to be a short meeting. “Monsignor – I said very politely – thank you for seeing me. I don’t want to take too much of your time. This is the situation: a generous client of mine has offered to donate some funds so all the parishes in Argentina can get a copy of the “Witness to Hope” documentary that my friend George Weigel (Pope John Paul II´s biographer) has produced. As you are the Archbishop of Buenos Aires and primate of Argentina you would have to distribute them throughout all Argentina, but in all honesty, if you don’t want the CDs much better for me because my client saves himself the donation, I don´t have to do any work and we are all happy! In addition, and to be perfectly honest and with all due respect, I know you are a very busy person and although I am nobody, I don’t exactly enjoy wasting my time.”

For a moment, you could hear a pin drop. Although he was sitting on a sofa, he leaned slightly backwards, without doubt having been hit by the (arrogant?) hurricane that I had just delivered. “Yes, yes I am interested – he answered – I will distribute them”. Half seriously, half-jokingly I said: “Well, what a way to spoil my life because now I have to translate the text, get the CDs and send them to you”. “Well – I continued as I began to stand up, having completed my mission – thank you very much for your time …”. “Please sit down”, he said kindly. And this is how it all began. We spoke for a short while and he invited me to visit him when I came back to Buenos Aires. Then he accompanied me to the elevator. There, just the two of us, time literally stopped when he looked at me straight in the eye and begged me – he literally begged me: “Please pray for me and ask others to pray for me also”. “Of course, Monsignor” is the only thing I was able to muster. 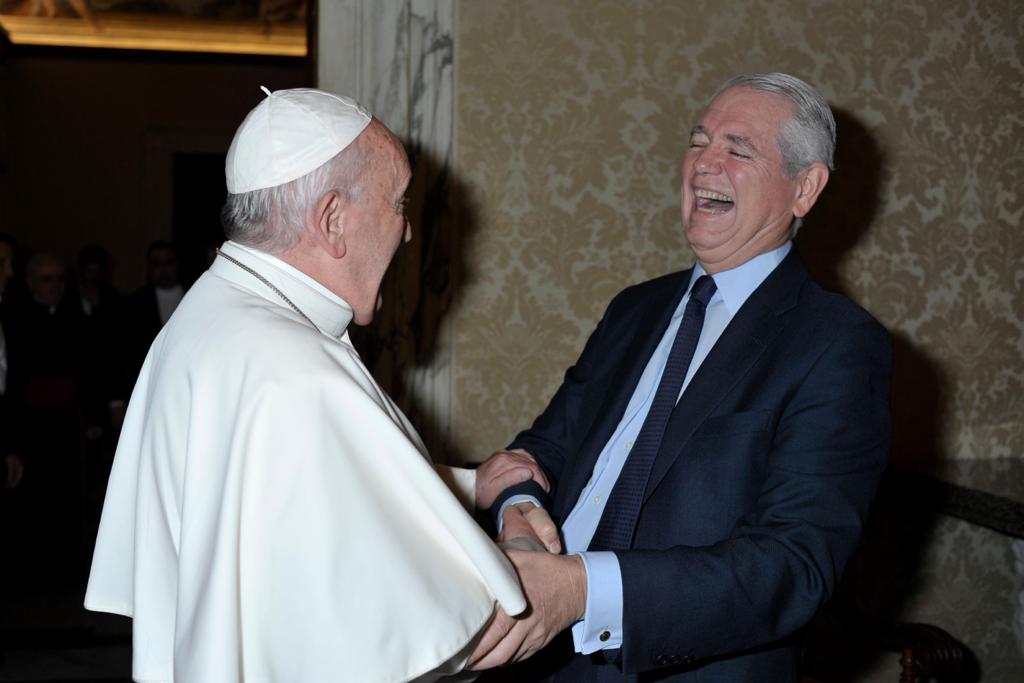 I don’t know, dear reader, if anyone has ever begged you for something. I don’t mean ask you for something. I mean begged you for something. It is very different. Begging generates pain in the listener. A sense of inadequacy. No one had ever begged me anything before and no one has begged me since. So much so that every time I went to Buenos Aires, he saw me in the same office and the first thing I would say to him was “Monsignor, I want you to know that I pray for you and have asked others to pray for you also”. Invariably he would thank me as if a weight had been lifted from his shoulders “I am very grateful. Thank you so much”. During these conversations we spoke about everything imaginable with ease and simplicity.

When I would report back to Ana, my wife, the contents of our conversation I would say to her “being with Bergoglio is like being with simplicity personified”. It is not that Francis doesn’t think he is somebody, the reality is that he knows he is nobody, which is very different. During those 12 years – until he was elected pope – we also spoke of the seven years that I had been working with practically no pay and when I asked him about it, he said “Our Lord has avoided you situations that would have put your soul at risk …” and we still had four more years to go. Those 11 years ended up being priceless for us!

I was with him shortly after the conclave that chose Benedict XVI and, out of respect, and having more than enough familiarity with him, I never raised the subject of his possible election to the Chair of St. Peter, a matter that was widely discussed. Every December 17th I called his office to wish him a happy birthday. When on December 17, 2011, he became 75 years old (the age that all bishops automatically tender their resignation to the Pope) I could not resist it further and when he picked up the phone without any introductory comment I said in a provocative and jocose tone: “Monsignor, you are going to manage to escape!!!” to which he answered with a big laugh and changed the subject. 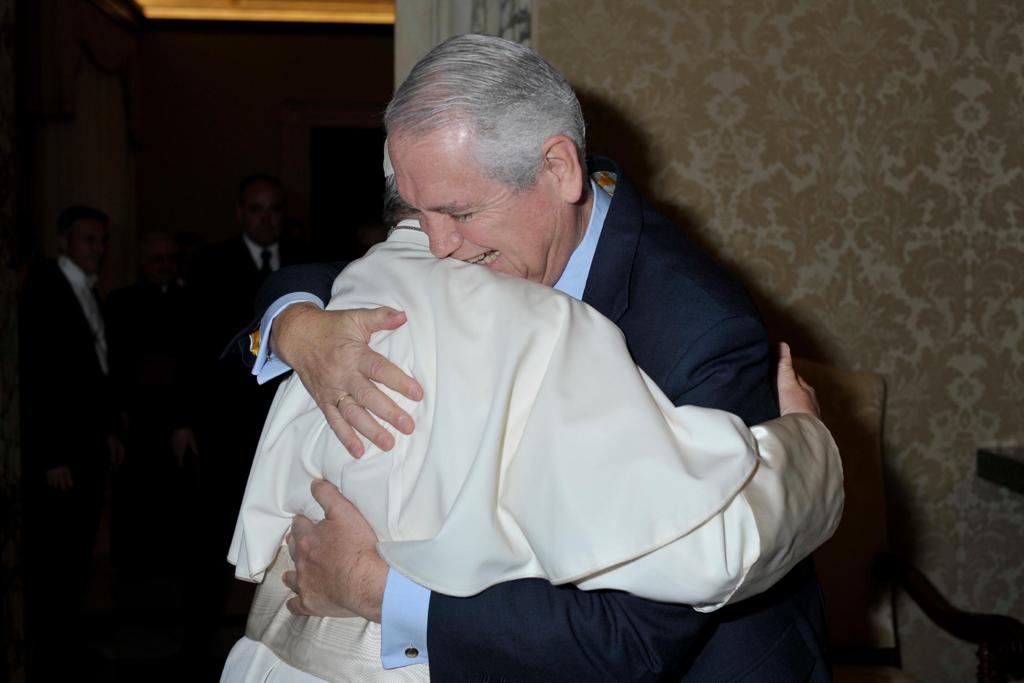 But let’s get back to our theme. Francis irritates me

I am irritated when having been upgraded to first class on the flights from Buenos Aires to Rome and he would cede his seat to someone else.

It irritates me when he talks about the economy when I sense it is not his theme but if forces me to think harder about others.

It irritates me that in January 2018 he married two Chilean flight attendants on the spot who were civilly married and had two daughters and the press reported they said that they had “not found time to get married in church”. “Is that how much Francis values the sacrament of marriage – I thought – that he married this couple on the spot?”.

Coincidentally the following year Ana and I celebrated our 35th wedding anniversary. I had a problem. “I am irritated with him for having married the Chileans on the spot, but knowing the Pope, am I really not going to ask him to see all our family, even if it is only half a minute?” thinking that, with a lot of luck, even if he remembered me, he might invite us to Mass at 7 AM at Saint Martha House, a quick hello and out. I literally swallowed my pride – yes, my pride! – and wrote to him. Three weeks later we received a letter from Monsignor Gänswein saying that Francis would receive our family in a private audience, something for which I had not asked. What an enjoyable experience! And all because I swallowed my pride. Did I really know what Francis had seen in the two Chilean flight attendants that he married on the spot? No. Is it any of my business? No. Do I really know what happened? No. Who am I to judge him? Nobody.

My impression is that Francis addresses his message to the younger brother in the parable of the prodigal son and as I am the older brother – I am the eldest in my family of origin and my mental frame is identical – he irritates me. For too many years I have been praised for how wonderful I am for not promoting abortions, not killing, or stealing … but how is my soul? With all probability hard, like that of the older brother who tells his father: “But when this son of yours who has squandered your property with prostitutes comes home, you kill the fattened calf for him! …”

I recently wrote a letter to him and, shortly after, a second one. He answered both letters the same day he received them, in his own handwriting, on a simple white sheet of paper … he wrote to me – to me! – the elder brother of the parable of the prodigal son. Thank goodness Francis irritates me. It does me so much good! When he writes, his letters begin with “Dear brother” and end with “I pray for you and your family. Please don’t forget to do the same for me”.

What more can one ask for in life? 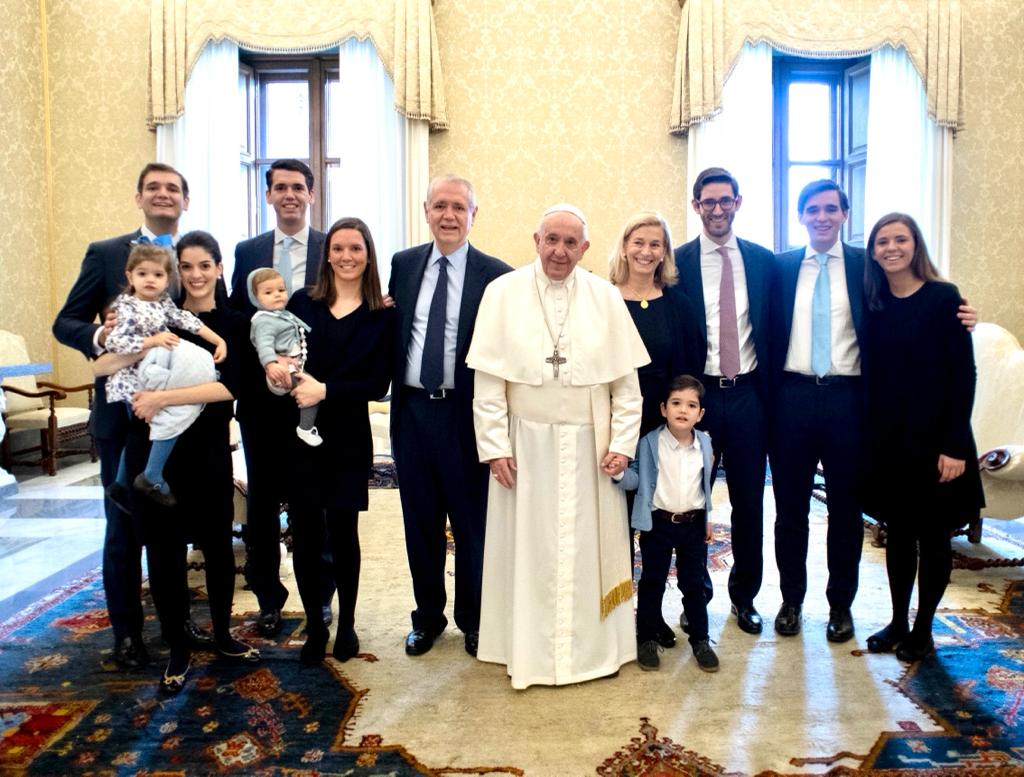 Charlie Paternina did his Covenant of Love on March 18th, 1982. A lawyer and an economist he is an International Real Estate Broker and has a Graduate Degree in Marriage and Family Therapy. He lives with his wife Ana Vericat (they have been married for 37 years) in Greenwich, CT, USA. They have five children and six grandchildren.