On 24 April, Pope Francis authorized the promulgation of the decree by the Congregation for the Causes of Saints, which recognizes the heroic virtues of Servant of God Enrique Ernesto Shaw, a Catholic lay person, businessman and family man. Shaw was born on 26 February 2021 in Paris (France) and died in Buenos Aires (Argentina) on 27 August 1962. He is probably the first business person on the path to beatification. —

Enrique Shaw, born on 26 February 1921, lost his mother when he was still very young, in 1925. His father entrusted his son’s education to a priest to fulfill his wife’s wishes.

He was a student at De La Salle College and later entered the Naval Military Academy, where his extraordinary witness of faith flowered. As he sailed the southern seas, he discovered his commitment to apostolic work. In 1943, he married Cecilia Bunge, with whom he had nine children. In 1945, he left the Argentine Navy to answer his vocation from God with a special mission.

His heart was pulling him to become a laborer, but the advice of a priest led him to choose a different path and he decided to take the Gospel into the world of business. He became a managing director at Cristalerías Rigolleau S.A and was an exemplary leader in the company. He showed concern for each employee as if he were a brother, giving without measure to all who needed something from him until the day he died.

From a very young age, Shaw was committed to the path to holiness. His life was a witness to Christian virtues. He showed that it is possible to manage a company effectively while applying the principles of the Church’s social teachings.

Enrique Shaw was one of the people who inspired the creation of ACDE, the Christian Association for Company Directors, and was its first president. To celebrate the centenary of Shaw’s birth, this organization published a video documentary about his life, entitled “Enrique Shaw: 100 años de un testimonio transformador“. [Enrique Shaw: 100 years as a transforming witness; in Spanish] In the presentation it says: “Every life can be a story, but some lives are extraordinary stories. For many reasons, Enrique Shaw’s story is one of them.”

He was also a member of the first board of directors of the Catholic University of Argentina (UCA). He worked to shape the Argentine Catholic Action (ACA), and the Christian Family Movement (MFC), and promoted the sanction of the Family Allowances Law. His life is full of achievements and work.

A model in times of pandemic 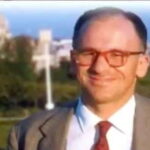 The Vatican’s announcement comes at a time when Enrique Shaw’s actions are as meaningful today as they were then. Journalist Sergio Rubín recently wrote: [article in Spanish]

The recurring economic crises that the country suffers — and the pandemic has added to the umpteenth crisis — has turned employers into expert storm weather pilots who need to make very difficult decisions that can affect the fate of their workers. Sometimes they have no alternative but to call for layoffs. But is this always the last resort to save a company as soon as all other possible options have been exhausted?

Enrique Shaw faced this dilemma more than six decades ago at the helm of Cristalerías Rigolleau and he took up the challenge of finding ways to save jobs not only because of the economic damage it causes, but because he said that it is above all a “moral evil” and trying to avoid it, in addition to being an ethical imperative, is a requirement of every good Christian.

In 1959, the unstable economy resulted in a large decline in the company’s sales and its shareholders decided to lay off 1,200 workers. But Shaw felt that there were other options to avoid such a drastic measure. He felt that the crisis could be overcome by preserving jobs and, incidentally, keeping employees, who he said were highly qualified.

He, therefore, presented a contingency plan to the directors, which with his enthusiastic defense, was approved, but with conditions: they fixed the amount that the company was prepared to lose and a timeline of several months to achieve this. Enrique – who at the time was 38 years old, was married and had nine small children – was aware that he was embarking on a risky route and was running against time.

The first thing he did was to write a letter to the staff with stark statements about the seriousness of unemployment, which today would stun even the most hardened trade unionist. “It is a moral evil and not just an economic fact, with some theories arguing that in some cases it can be a useful and even convenient solution to facilitate economic recovery,” he started by saying. “Let us never accept this materialism that sacrifices the human person for money and profit,” he emphasized. He then carefully laid out its consequences for the workers and their families, and in this regard, pointed out that “these should be carefully considered before beginning with layoffs and suspensions,” (…) stating that “supervisors and foremen will make a special effort to assign tasks to surplus staff in a really useful manner.” And he warned that “the only real defense of everyone’s interest is to produce at cost, allowing us to compete and sell our products, thus maintaining the source of employment.” He clarified that this “applies to people who truly wish to work. Not doing anything to avoid the possibility of people stealing or placing obstacles to everything reduces the possibility of retaining people who really need to work and pursue progress.”

Shaw concluded that the company’s attitude “will be clear but at the same time it will be calm and without power games.” We will not make promises or threats – he recommended – but a conscious and permanent effort” to preserver the largest number of workers. The crisis came to pass: he improved production efficiency, recovered sales, and optimized debt collection. In addition to this, the economic losses allowed by the board of directors were lower than expected. Then, Enrique ensured that this difference was distributed among the employees by means of a prize.

With material from AICA y www.enriqueshaw.com