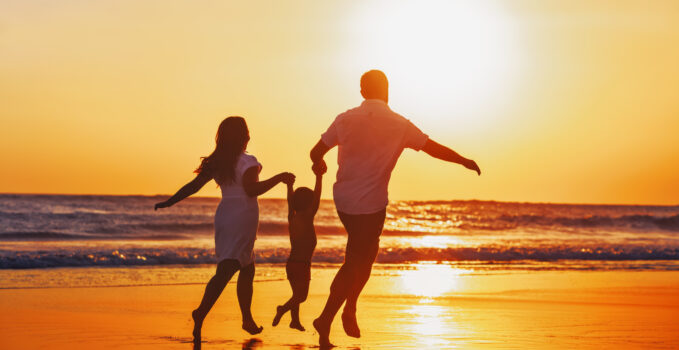 To celebrate the fifth anniversary of the publication of the Amoris Laetitia apostolic exhortation about the beauty and joy of family love, Pope Francis on 19 March inaugurated a “Amoris Laetitia Family” Year, which will end on 26 June 2022, at the X World Meeting of Families in Rome. —

This special year is an initiative of the Holy Father, who is inviting us to engage in a renewed reading of the document and proposes reaching all families around the world by means of various spiritual, spiritual, and cultural activities that can be offered at parishes, dioceses, Catholic universities, and family movements.

On 14 March, after the Angelus, the Pope called for a “renewed and creative pastoral drive to place the family at the centre of the attention of the Church and of society. I pray that every family may feel in its own home the living presence of the Holy Family of Nazareth, that it may fill our small domestic communities with sincere and generous love, a source of joy even in trials and difficulties.”

A new look at the family

“There is the need for a new outlook on the family. It is not enough to reiterate the value and importance of doctrine, if we do not become protectors of the beauty of the family and if we do not take compassionate care of its frailties and its wounds,” Pope Francis said in the message sent on 19 March to the participants at the meeting with the theme “our daily love,” with which he officially opened the Amoris Laetitia Year, promoted by the Dicastery for the Laity, Family and Life, the Diocese of Rome and the John Paul II Pontifical  Theological Institute and the fifth anniversary of the publication of the apostolic exhortation.

“These two aspects are at the heart of all family pastoral care: the frankness of the proclamation of the Gospel and the tenderness of accompaniment,” Francis said in his message.

The Pope indicated that “we announce to couples, spouses and families a Word that helps them to grasp the authentic meaning of their union and of their love, a sign and image of Trinitarian love and of the covenant between Christ and the Church.”  It is the ever-new Word of the Gospel, from which all doctrine, even that on the family, can take shape.”

The Church is embodied in historical reality

“And furthermore,” added the Pope, “it is a demanding Word, which seeks to free human relationships from the slavery that often disfigures them and renders them unstable: the dictatorship of emotions, the exaltation of the temporary that discourages lifelong commitment, the predominance of individualism, fear of the future.  In the face of these difficulties, the Church reiterates to Christian spouses the value of marriage as God’s plan, as a fruit of his Grace, and as a call to live fidelity and gratuitousness to the fullest.”

On the other hand, the Pope expressed that “this proclamation cannot and must never be given from above and from the outside.” On the contrary, “The Church is embodied in historical reality,” taking into account the daily labyrinths of couples and parents, their problems, their suffering.

What can Schoenstatt offer?

There are many projects and the many years of experience that emerge in Schoenstatt to strengthen the family: Ministry of Hope for Separated People in New Unions , courses for couples, accompanying young married couples, Marriage Strengthening, Family Pedagogical Academy, to name just a few, but also the work of Dequeni, Casa Madre de Tupãrenda, and Casa del Niño  which indirectly support the family, and the most vulnerable families.

We are hoping for testimonies and real stories of Schoenstatt contributions in this Amoris Laetitia Family Year.