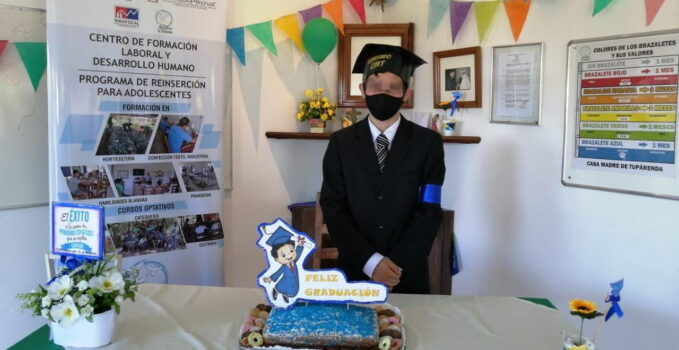 It is not the world’s day of poverty. It is the world day of the poor. The Pope of the Poor, as many call him, puts them at the center. The poor, the 100 at Mass, the thousands of poor, but concrete poor: those who have no roof over their heads, those who do not know how to pay their bills, those who suffer from hunger, those who have no money to pay for their studies or those of their children? When we commit to Dequeni, to House Mother of Tuparenda, to Maria Ayuda, to the Joseph Kentenich School in Puente Alto or the kindergarten next to it, to the Casa del Niño in Florencio Varela or Villa Ballester, we always have to look at the children, the young people there. That is why we share real stories with faces and names. —

It is about us being “Christians of deeds, not of words” and that, like the good servants of the Gospel, we “risk”, because “good, if not invested, is lost; because the greatness of our life does not depend on how much we hoard, but on how much fruit we bear” and because “he who does not live to serve is not good for life”. 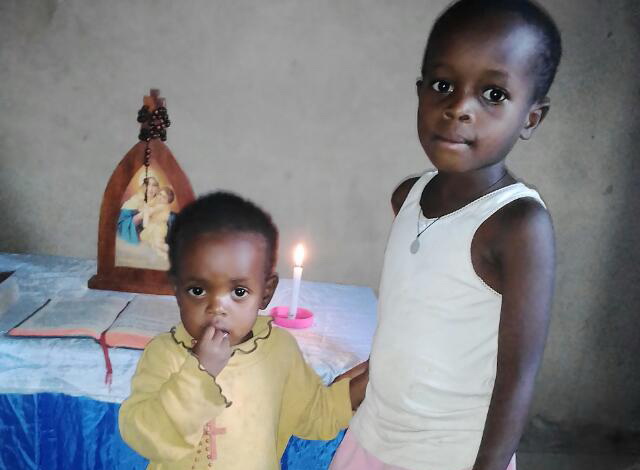 The parable we have just listened to has a beginning, a middle and an end, which shed light on the beginning, the middle and the end of our lives.

The beginning. Everything begins with a great good. The master does not keep his wealth to himself, but gives it to his servants; five talents to one, two to another, one to a third, “to each according to his ability” (Mt 25:15). It has been calculated that a single talent was equivalent to the income of some twenty years’ work: it was of enormous value, and would be sufficient for a lifetime. This is the beginning. For us too, everything began with the grace of God – everything always begins with grace, not with our own efforts – with the grace of God, who is a Father and has given us so many good things, entrusting different talents to each of us. We possess a great wealth that depends not on what we possess but on what we are: the life we have received, the good within us, the indelible beauty God has given us by making us in his image… All these things make each of us precious in his eyes, each one of us is priceless and unique in history! This is how God looks at us, how God feels towards us.

We need to remember this. All too often, when we look at our lives, we see only the things we lack, and we complain about what we lack. We then yield to the temptation to say: “If only…!” If only I had that job, if only I had that home, if only I had money and success, if only I didn’t have this or that problem, if only I had better people around me…! But those illusory words – if only! – prevent us from seeing the good all around us. They make us forget the talents we possess. You may not have that, but you do have this, and the “if only” makes us forget this. Yet God gave those talents to us because he knows each of us and he knows our abilities. He trusts us, despite our weaknesses. God even trusts the servant who will hide his talent, hoping that despite his fears, he too will put to good use what he received. In a word, the Lord asks us to make the most of the present moment, not yearning for the past, but waiting industriously for his return. How ugly is that nostalgia, which is like a black mood poisoning our soul and making us always look backwards, always at others, but never at our own hands or at the opportunities for work that the Lord has given us, never at our own situation… not even at our own poverty.

It is significant that fully four times those servants who invested their talents, who took a risk, are called “faithful” (vv. 21, 23). For the Gospel, faithfulness is never risk-free. “But, father, does being a Christian mean taking risks?” – “Yes, dearly beloved, take a risk. If you do not take risks, you will end up like the third [servant]: burying your abilities, your spiritual and material riches, everything”. Taking risks: there is no faithfulness without risk. Fidelity to God means handing over our life, letting our carefully laid plans be disrupted by our need to serve. “But I have my plans, and if I have to serve…”. Let your plans be upset, go and serve. It is sad when Christians play a defensive game, content only to observe rules and obey commandments. Those “moderate” Christians who never go beyond boundaries, never, because they are afraid of risk. And those, allow me this image, those who take care of themselves to avoid risk begin in their lives a process of mummification of their souls, and they end up as mummies. Following rules is not enough; fidelity to Jesus is not just about not making mistakes, this is quite wrong. That is what the lazy servant in the parable thought: for lack of initiative and creativity, he yielded to needless fear and buried the talent he had received. The master actually calls him “wicked” (v. 26). And yet he did nothing wrong! But he did nothing good either. He preferred to sin by omission rather than to risk making a mistake. He was not faithful to God, who spends freely, and he made his offence even worse by returning the gift he had received. “You gave me this, and I give it to you”, nothing more. The Lord, for his part, asks us to be generous, to conquer fear with the courage of love, to overcome the passivity that becomes complicity. Today, in these times of uncertainty, in these times of instability, let us not waste our lives thinking only of ourselves, indifferent to others, or deluding ourselves into thinking: “peace and security!” (1 Thess 5:3). Saint Paul invites us to look reality in the face and to avoid the infection of indifference.

The season of Christmas is approaching, the holiday season. How often do we hear people ask: “What can I buy? What more can I have? I must go shopping”. Let us use different words: “What can I give to others?”, in order to be like Jesus, who gave of himself and was born in the manger”.

We now come to the end of the parable. Some will be wealthy, while others, who had plenty and wasted their lives, will be poor (cf. v. 29). At the end of our lives, then, the truth will be revealed. The pretence of this world will fade, with its notion that success, power and money give life meaning, whereas love – the love we have given – will be revealed as true riches. Those things will fall, yet love will emerge. A great Father of the Church wrote: “As for this life, when death comes and the theatre is deserted, when all remove their masks of wealth or of poverty and depart hence, judged only by their works, they will be seen for what they are: some truly rich, others poor” (SAINT JOHN CHRYSOSTOM, Homilies on the Poor Man Lazarus, II, 3). If we do not want to live life poorly, let us ask for the grace to see Jesus in the poor, to serve Jesus in the poor.

I would like to thank all those faithful servants of God who quietly live in this way, serving others. I think, for example, of Father Roberto Malgesini. This priest was not interested in theories; he simply saw Jesus in the poor and found meaning in life in serving them. He dried their tears with his gentleness, in the name of God who consoles. The beginning of his day was prayer, to receive God’s gifts; the centre of his day was charity, to make the love he had received bear fruit; the end was his clear witness to the Gospel. This man realized that he had to stretch out his hand to all those poor people he met daily, for he saw Jesus in each of them. Brothers and sisters, let us ask for the grace to be Christians not in word, but in deed. To bear fruit, as Jesus desires. May this truly be so. 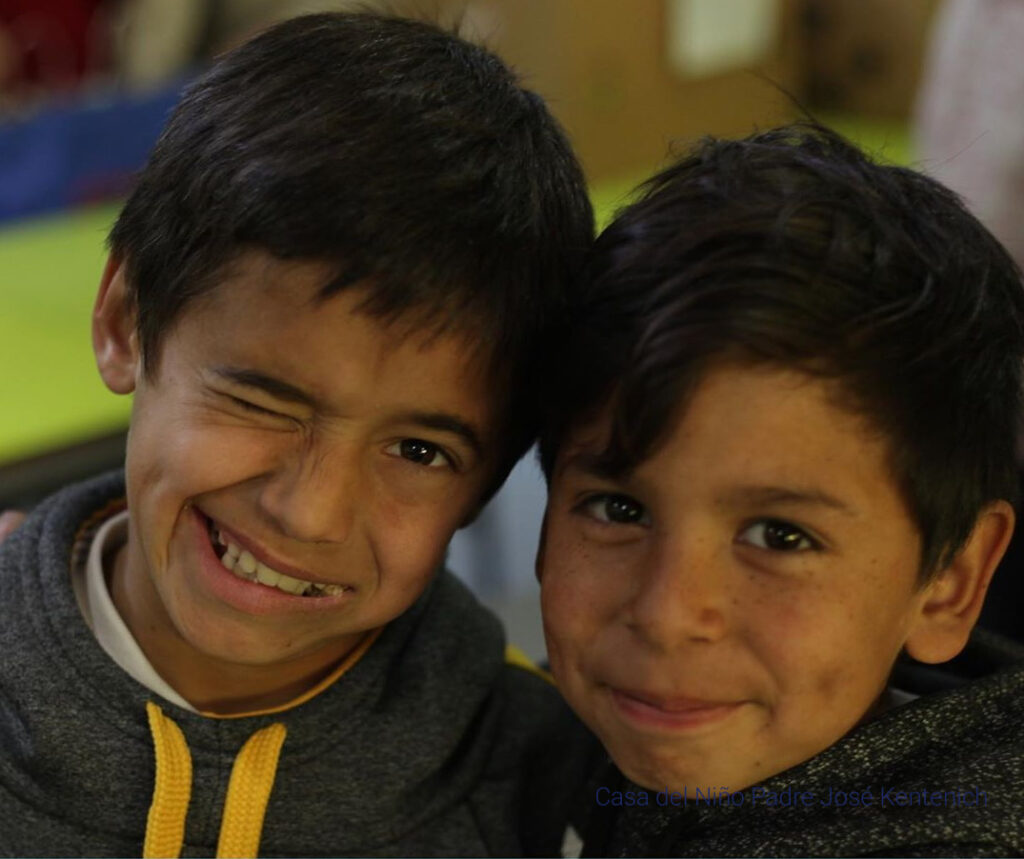