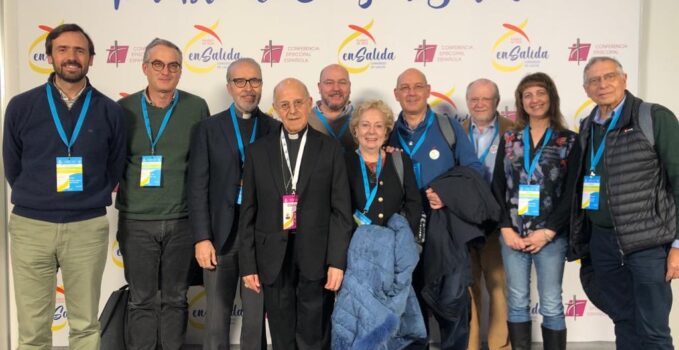 Stories of the National Congress of the Laity – God’s people reaching out- and a surprise.

Fifteen Schoenstatters were able to attend the National Congress of the Laity, thanks to the good work and perseverance of Susana Arregui, from the Mothers’ Branch, and Manuel Carrasco, from the Family League. Both have been working for many years in ecclesiastical institutions without any support or assistance. Nevertheless, they obtained more places to participate, than they originally had. Three of us from the Family Federation are with Manuel at the Journey of the Secular Apostolate and he encouraged us to participate in the Congress. He infected us with his enthusiasm. — 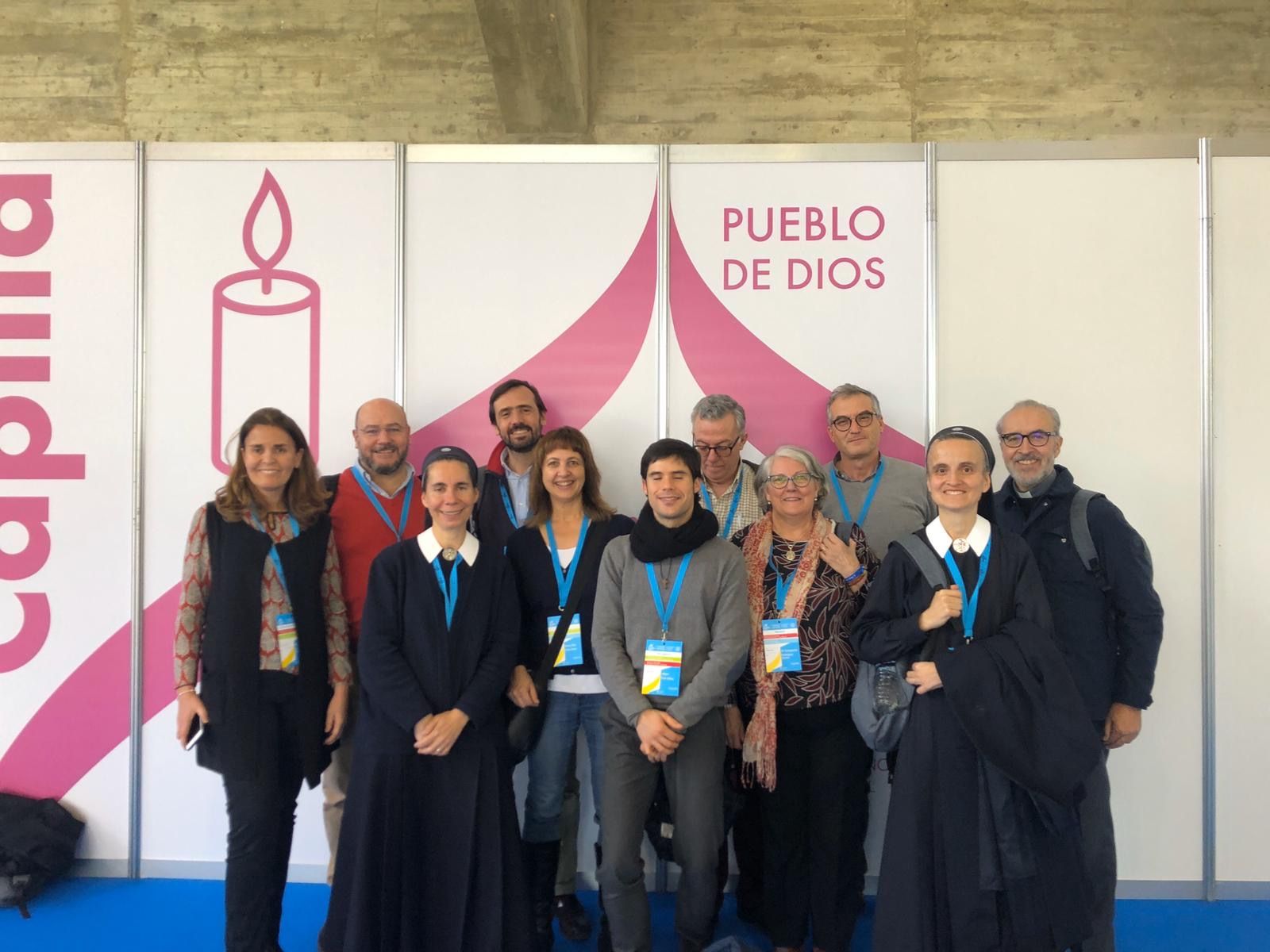 My thanks to Susana and Manuel for their loyalty.

I am telling you all of the above, to help you understand that the Schoenstatt Apostolic Movement is not very well known in Spain.

The fifteen assistants representing Schoenstatt chose different itineraries and different thematic lines, to be able to participate in all the possible fields and then to relate our experiences.

On Saturday morning, I chose Itinerary 4, PRESENCE IN PUBLIC LIFE, the thematic line “How to create a transforming thinking”.

First a framework paper, its title: “Prophets 3.0”, common to all the chosen itinerary. The speaker proposed “to heal people, to take care of links and to build bridges…our position must be critical and we need a community…”, he proposed illusion in front of the fatigue of the democracies. He spoke of a “culture of encounter” and encouraged us to take formation seriously and to be aware of the novelty of the message we carry.

After the talk, we went in groups of about twenty-five people to the testimony and exchange rooms.

The Communion and Liberation Movement presented its “Madrid Meeting”, an event that they organize annually, with a different theme and open to all. The next Madrid 2020 Meeting will deal with the theme of Trust. We Schoenstatters could have presented the “Day of the Shrine”, very similar to the “Encounter” project, … but we hadn’t participated in the two years of preparation for the Congress. 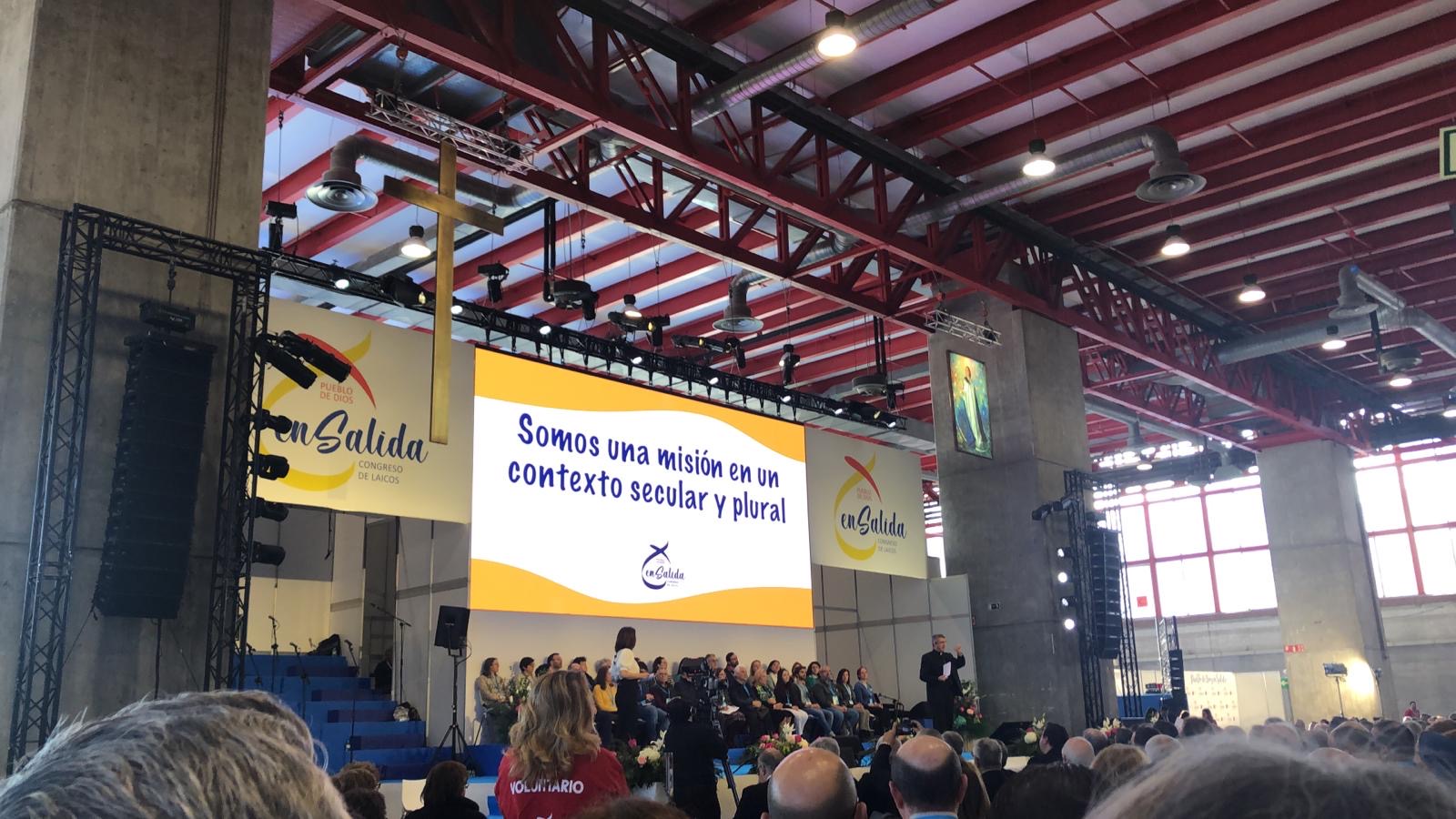 … but we hadn’t participated in the two years of preparation for the Congress.

The Christian Life Communities presented a project of civic dialogue “Discernment for reconciliation” between complex societies, dialogue from diversity to transform conflicts (even warlike ones) – not by consensus, where everyone gives in and the conflict emerges more strongly in the following generations – discovering what unites and not what separates. They do not solve conflicts; they transform them following the pedagogical paradigm of Saint Ignatius. We Schoenstatters could have presented a short paper on the pedagogy of attachments, but we had not participated in the two years of preparation for the Congress.

The sharing revolved around three aspects: attitudes that should be overcome, processes that should be encouraged and projects that can be promoted. It was curious to note the number of projects that are underway and how little we know about each other. It was also interesting to note that there are many charismas and many ways of doing things well. 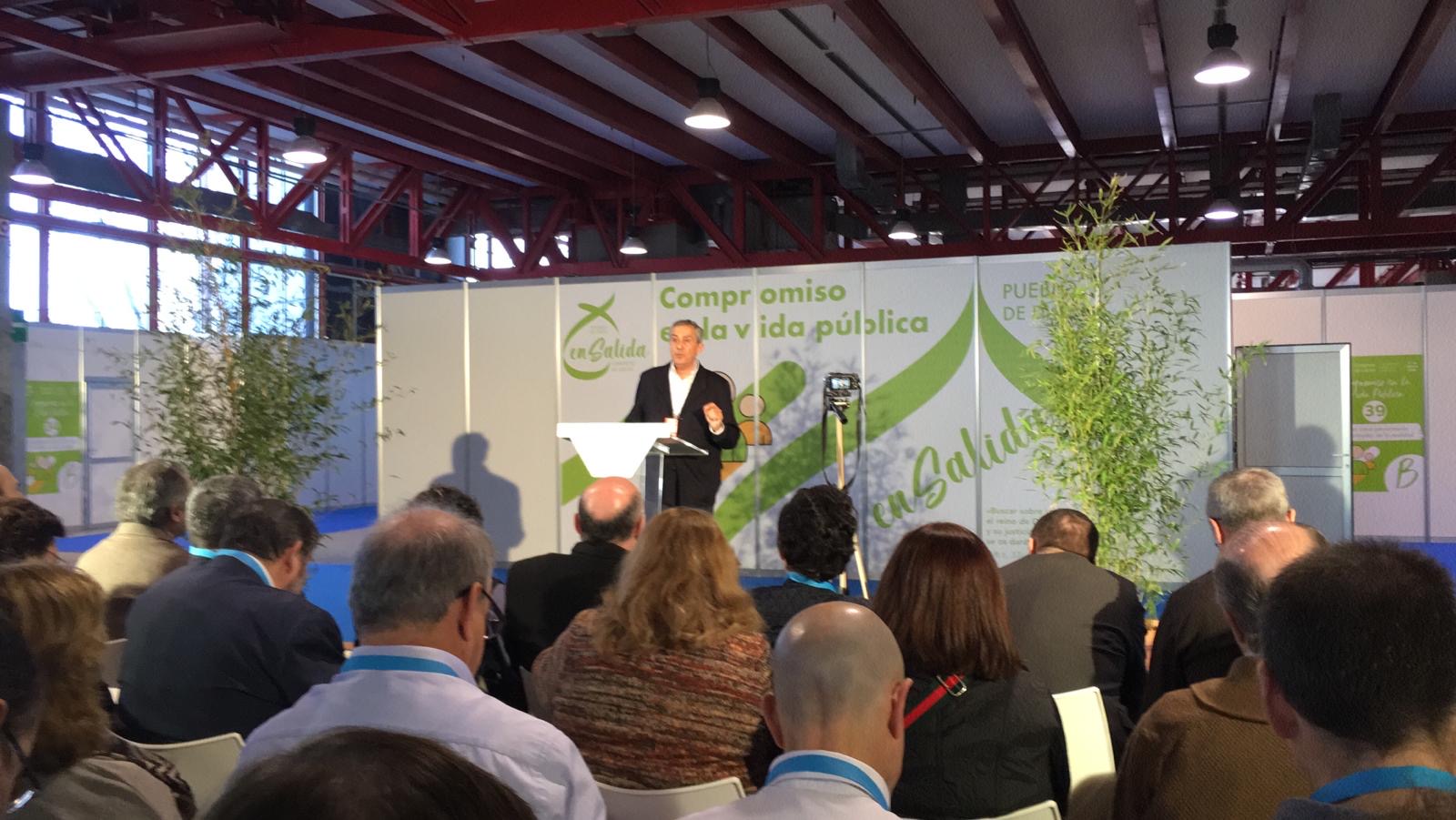 The framework paper made clear what is and what is not accompanying. What is accompaniment in order to discern, how do we go out to meet the other and how do we have to form ourselves to direct our energies and go out to announce Life, like John the Baptist.

The two presentations that followed were a pastoral of spiritual accompaniment of the Ruach Seminars: growing in the art, science and pedagogy of accompanying, “welcoming LIFE, accompanying daily life”. It is a very demanding formation that lasts two years.  We Schoenstatters could have presented a short talk on the Academy of Families, but we hadn’t participated in the two years of preparation for the Congress.

The second presentation was the “School for the accompaniment for young people” of the Diocese of Ciudad Real. Worthy of admiration, with few resources, three books and much enthusiasm and respect for the life of others, among very few people they have reached all the villages of the province.  We Schoenstatters could have presented a short talk on “life is on fire in life” or “the educated educator”, but we hadn’t participated in the two years of preparation for the Congress.

During the sharing, as in the morning’s itinerary, we presented ourselves briefly by saying the name and community of origin. “My name is Peace and I come from the Schoenstatt Apostolic Movement. “Apostolic of what?”, almost all the members of the group asked in chorus, including the moderator. “Holy Virgin,” I thought to myself…and the fact is that we Schoenstatters had not participated in the two years of preparation for the Congress. 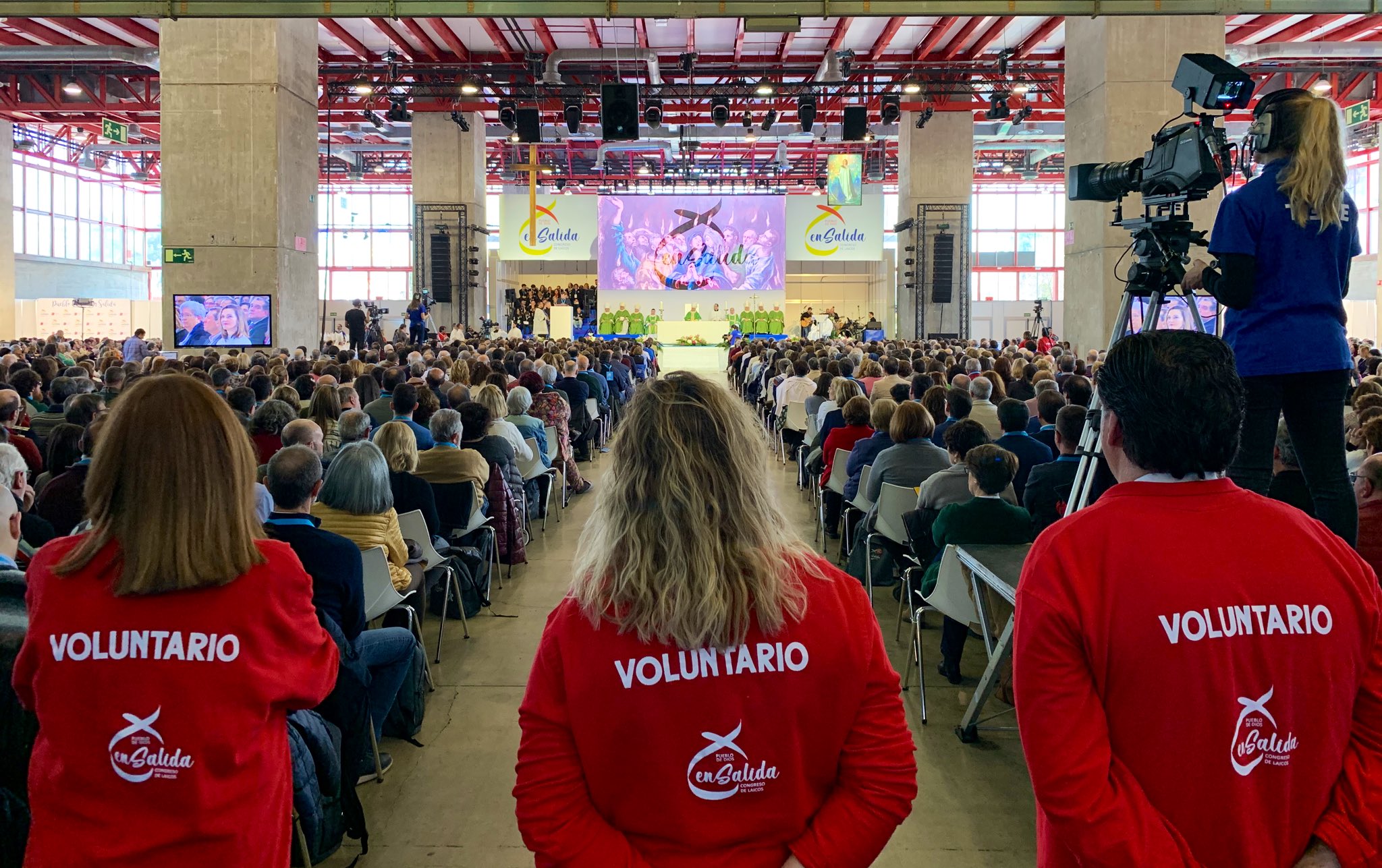 Well, we want to build a shrine in the south…

During the Day of the Secular Apostolate we had spoken with Manuel Carrasco about proposing a project to accompany parish priests who find themselves alone, either because they are in the “empty Spain”, in the rural areas or because they are in the empty churches of some neighbourhoods in big cities. Especially the Bishop of Murcia, who was present in the group, very well received the idea. There were jokes, laughter and a good atmosphere.

At the end of the meeting, I heard a voice behind me: “I want to talk to you”, “now you are going to ask me to tell you about the apostolic what? let’s see what this priest wants”. Here came a big surprise. “I’m Jaime, parish priest of Parla (a town south of Madrid). I’m in contact with Ambrosio Arizu, from the first course of Family Federation. Where are you from?” – “Me, from the second year” – “Well, we want to build a shrine in the south and the bishop agrees. What we really want is to live the Covenant of Love.” There was one person who did know us!

Happy to have known so many initiatives and so many different projects, ashamed for not having participated in the two years of preparation of the Congress, hurt because they did not even know the strange and difficult to pronounce name of my Movement, it turns out that among the 2000 participants I find one who is in love with the same thing as me.

A few days later, on the 18th, and invited by the first course of Family Federation, we attended a Mass in one of the parishes of Parla, that of Father Jaime. It was he who preached, explaining to his parishioners what Schoenstatt is, what the Blessed Mother does from the Shrine, and why Schoenstatters gather on the 18th to renew their Covenant of Love.

There were no Schoenstatters in the preparation for the Congress, but in Parla there are a few “Schoenstatters on their way out”, along with Ambrosio Arizu. 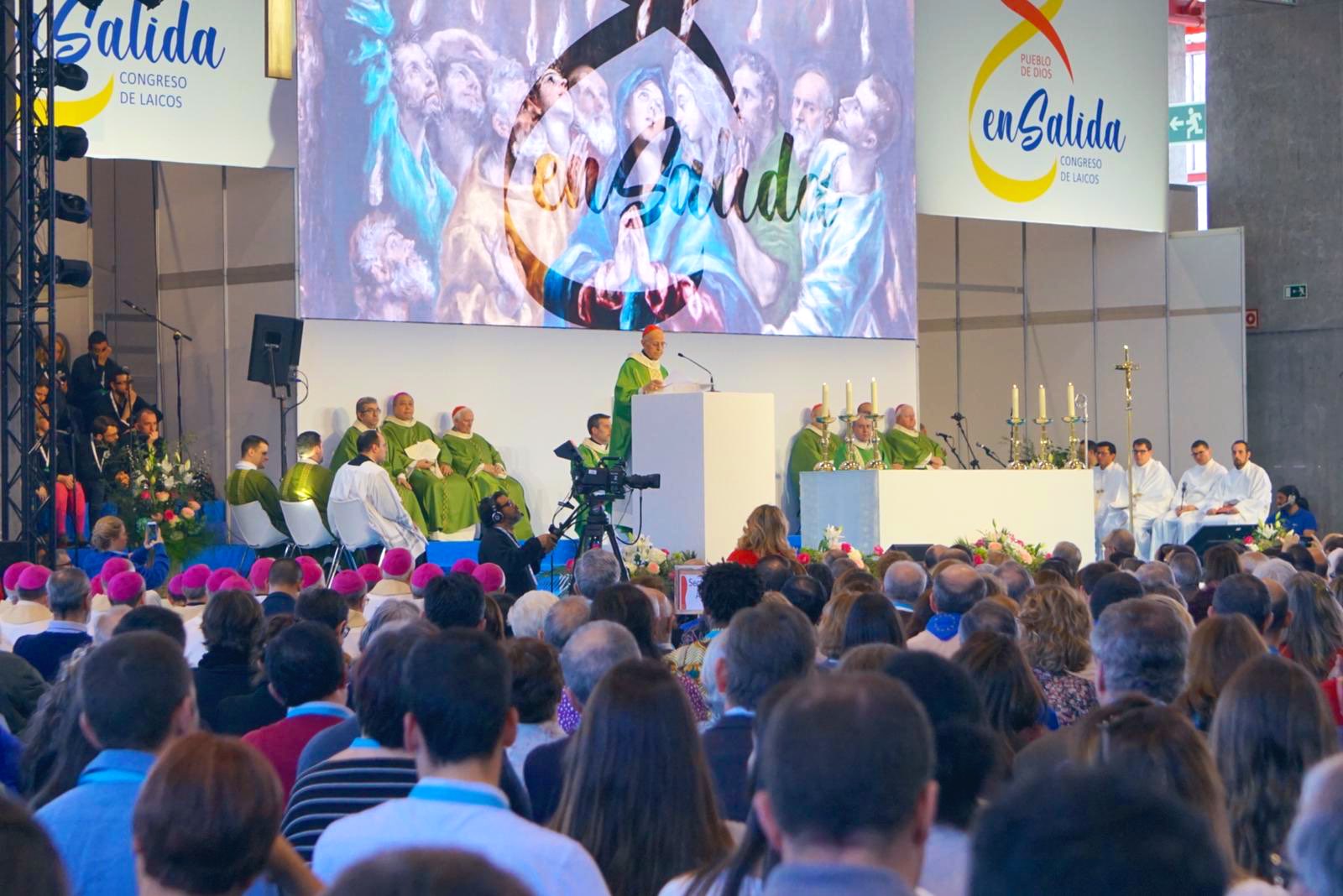 Photos: Juan Zaforas y Twitter of the National Congress of the Laity 2020

My Chronicle and Conclusions of the Congress for the Laity