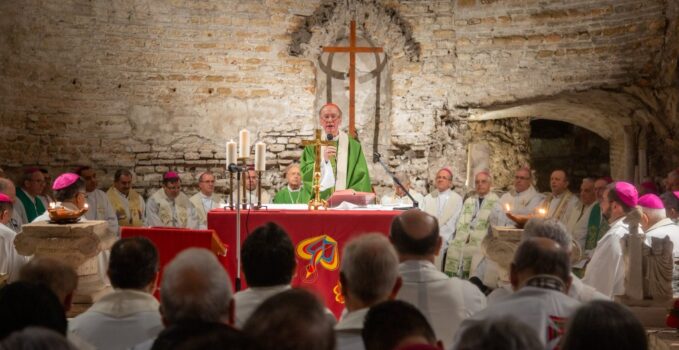 SYNOD ON THE AMAZON – material from various agencies •

This 20 October 2019 will go down in the history of the Church as the day on which the “Catacomb Pact for our Common Home” was signed. —

As on 16 November 1965, at the same place and in the same sprit, the Church is renewing the same obligation that was signed a few days before the end of the Second Vatican Council. On that day 42 Council Fathers celebrated the Eucharist in the Catacombs of St Domitilla in order to ask God for the grace “to remain faithful to the Spirit of Jesus” in their service to the poor. This first pact was not just a lovely declaration of intent, it was also made on a personal level. For this reason the signees renounced riches both in appearance and in reality; they renounced personal possessions and goods, and rejected names and titles that indicated power, such as Eminence, Excellency, Monsignor; in their social contacts they wanted to avoid giving preference to the rich and powerful; and they decided to use Gospel symbols that were never made of precious metals.

More than fifty years later, in October 2019, a document was signed that bore the title “Catacomb Pact for our Common Home”. The obligation that it accepted consisted in placing the poor at the heart and centre of their apostolic service. The text of 1965 was also deliberately called the “Catacomb Pact”, and was later signed by more than 500 Council Fathers.

After 54 years the legacy of the Council Fathers has been taken up by a group of participants at the Bishops’ Synod for the Panamanian Region, which was considering the subject of “new ways for the Church and for a holistic ecology”. The spirit of the 1965 event in the Catacombs of Domitilla was renewed. On 20 October Cardinal Claudio Hummes, Relator General of the Synod on the Amazon, celebrated Holy Mass at the same place in the largest subterranean cemetery in Rome, thus setting up a close connection to the 1965 document signed there. This new document is entitled “Catacomb Pact for our Common Home”. “For a Church with am Amazonian Face, poor and serving, prophetic and Samaritan”.

Hummes also stressed the “the great reforms of Pope Francis invite us to look at the first communities”, and above all in the Pan-Amazonian Synod “to proclaim the Word without fear in the Amazon region”, without ceasing “to believe in the power of prayer and our people”, in order to make the “Ecclesia Semper Reformanda” (the Church is always in need of reform) a reality. 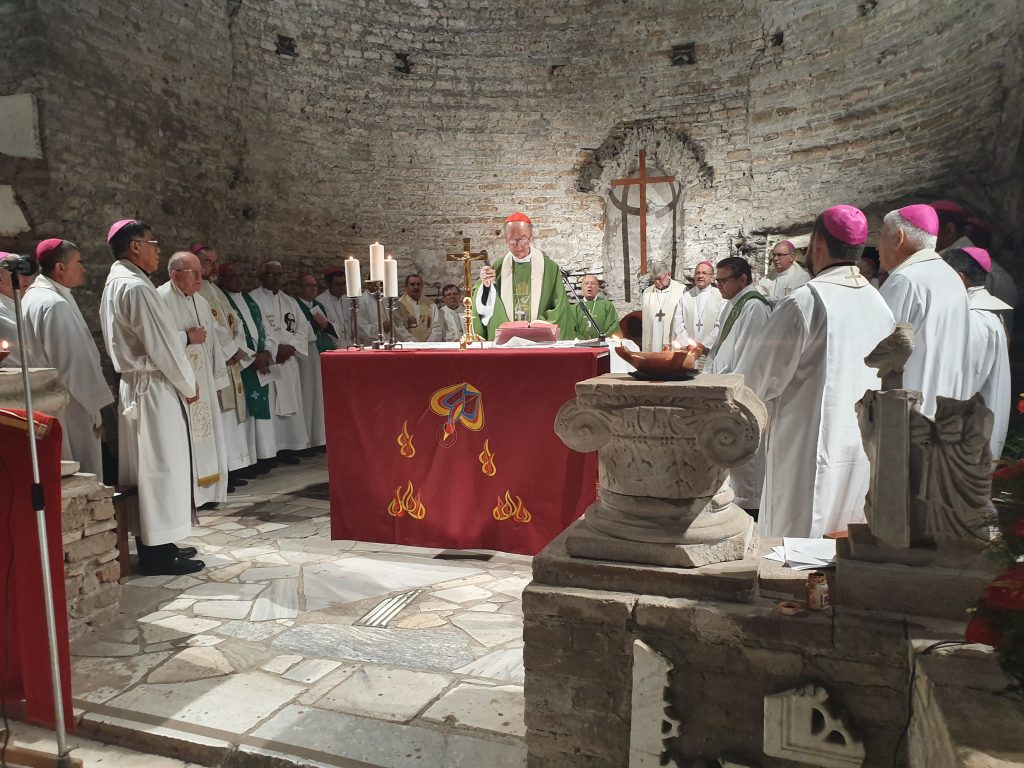 Obligation for God’s covenant and his creation

Around 150 faithful took part in the Holy Mass led by the Brazilian Cardinal Claudio Hummes. They included a number of priests and women religious, indigenous representatives and others. In his sermon Cardinal Hummes stressed that it is important to honour the personally lived witness of each individual to Christ and the people, as well as to pray for one another and in particular the people of Amazonia.

In the Catacomb Pact the bishops took responsibility, among other things, for an “integral ecology” and the protection of the Amazonian rain forest as an obligation towards God’s covenant with the whole of creation. They renewed their “preferential option for the poor, above all the indigenous peoples”, committed themselves to oppose every form of force, and to promote ecumenism and a Synodal Church, in which all the baptised can contribute their needs and their strengths.

A pact for a serving Church and a poor Church

Finally, the leaders of the Church committed themselves “to assume before the avalanche of consumerism a happily sober lifestyle” at the side of people who have little or nothing.

That is why this day is connected with 16 November 1965 and the “Catacomb Pact”, which contains an admonition to their  “Brothers in the Episcopate” to lead a “life in poverty”, and to be a servant and a poor Church according to the spirit suggested by Pope John XXIII. Pope Paul VI had visited the Catacombs of Domitilla two months before this celebration and declared: “Here Christendom deepened its roots in poverty, and in condemning the powers inflicting unjust suffering and bloody persecution: here the Church was deprived of all human power, it was poor, humble, pious, suppressed, heroic. Here the primacy of the Spirit was confirmed about which the Gospel speaks.”

A poor Church for the poor

The obligation accepted in 1965 by the Council Fathers was also one of the first wishes expressed by Pope Francis immediately after his election. On 16 March 2013, when he received the representatives of the media in the Paul VI hall, our Holy Father said, “How much I wish for a poor Church for the poor.”

In a letter he wrote in 2016 to Fr Julian Carron, President of the Communione e Liberazione community, the Pope called for a return to the roots: “In a world torn apart by the logic of utility, which gives rise to new poverty and the throw-away culture, I will not fail to pray for ‘the grace of a poor Church and for the poor.” It isn’t a liberal, but a radical programme, because it means a return to the roots. To return to the origins does not mean a retreat into the past, but drawing the strength for a courageous start for tomorrow. It is the revolution of tenderness and love.

A springtime for a poor and serving, prophetic and Samaritan Church

As the Pact states in a number of its suggestions, the Church of the future will be a poor and serving, prophetic and Samaritan Church, or it will cease to be. A Church of love in action, that moves from declarations of mercy to the practical exercise of mercy; that touches the flesh of the poor, shares their life, and dirties its hands and feet for the poor, so that they and their children can live with dignity.

Two signs were particularly important at the end of Holy Mass and the signing of the Pact towards 9 a.m. Cardinal Hummes remarked that during Mass he had used the chalice belonging to the Camboni Missionary, Fr Ezequiel Ramin, who gave his life for the Amazon in 1985. In the same spirit, Hummes gave the Bishop emeritus of Xingu, Erwin Kräutler, the stole of Don Helder Camara, which he wore during this Holy Mass. “You deserve Dom Helder’s stole”, Cardinal Hummes said. 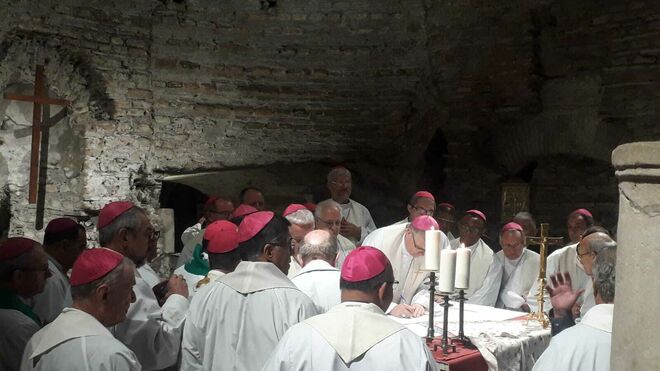