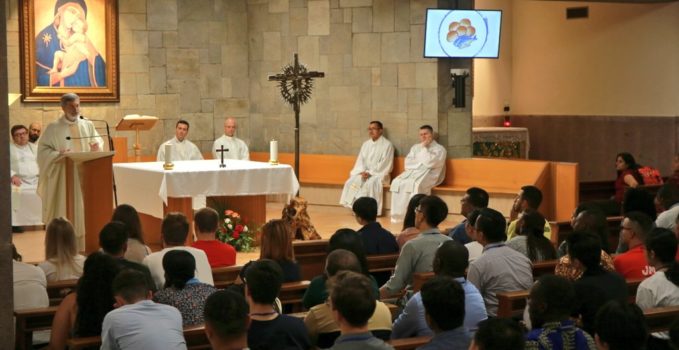 We have the power and duty to act

Good afternoon, good evening, good day…it’s once again 2:30 in the morning in Rome, when Hemma Struntz from Austria and Lucas Galhardo from Brazil, the two Schoenstatt representatives at the International Youth Forum, recorded the second video to greet the International Schoenstatt Family, this time in Spanish and English. They had already finished the talks, the working groups, the discussions and the Mass at the forum. All that was left was the crowning jewel – the audience with the Pope on 22 June. — 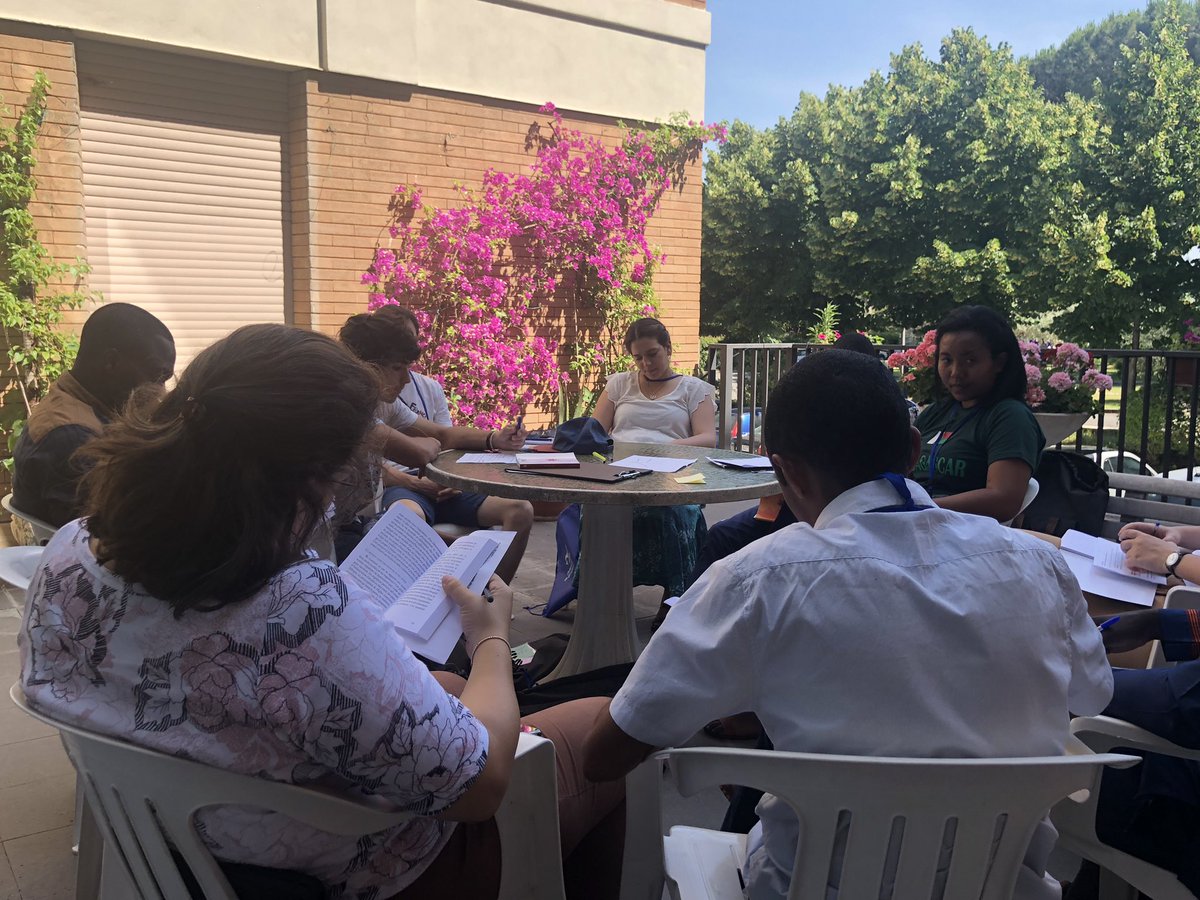 We have to make the Pope’s letter to the youth, “Christ is alive,” our own. This was the message from the two representatives 21 June, using Schoenstatt spirituality to summarize the theme of the second day of the forum, 20 June, the celebration of Corpus Christi in many countries.

The message was addressed to the all the youth of the world, inspired by the “wealth of the reflections and dialogue at the Synod” that is relevant to all youth, Catholic and non-Catholic, and that will reach all youth: this is the Apostolic Exhortation, Christus Vivit, which gave rise to the reflections of the second working workshop of the 11th International Youth Forum, promoted by the Dicastery for the Laity, Family and Life.

God does not want to use us, he wants us to flourish

Teacher Rosalba Manes led a Lectio Divnia on the Gospel passage about the disciples on their way to Emmaus – “their eyes were opened (Lk 24:30),” referenced five times in the Apostolic Exhortation – to prepare the more than 250 young people for the day’s work. The greeting by Linda Ghisoni, the under-secretary for the Dicastery for the Family, surprised the participants because it was not on the agenda: “Each of you is a witness of Christ, who lives in you, and this changes the world,” she said.

“Itinerant catechist” Robert Cheaib, a professor of fundamental theology, a married layman and father of three, opened up the discussion, the treasure trove of Christus Vivit: “What is the essence of Christianity? It begins with love: not to love, but to be loved. […] The first truth is that God loves you. God does not want anything from me, but he wants something for me. God does not want to use us, he wants us to flourish.” 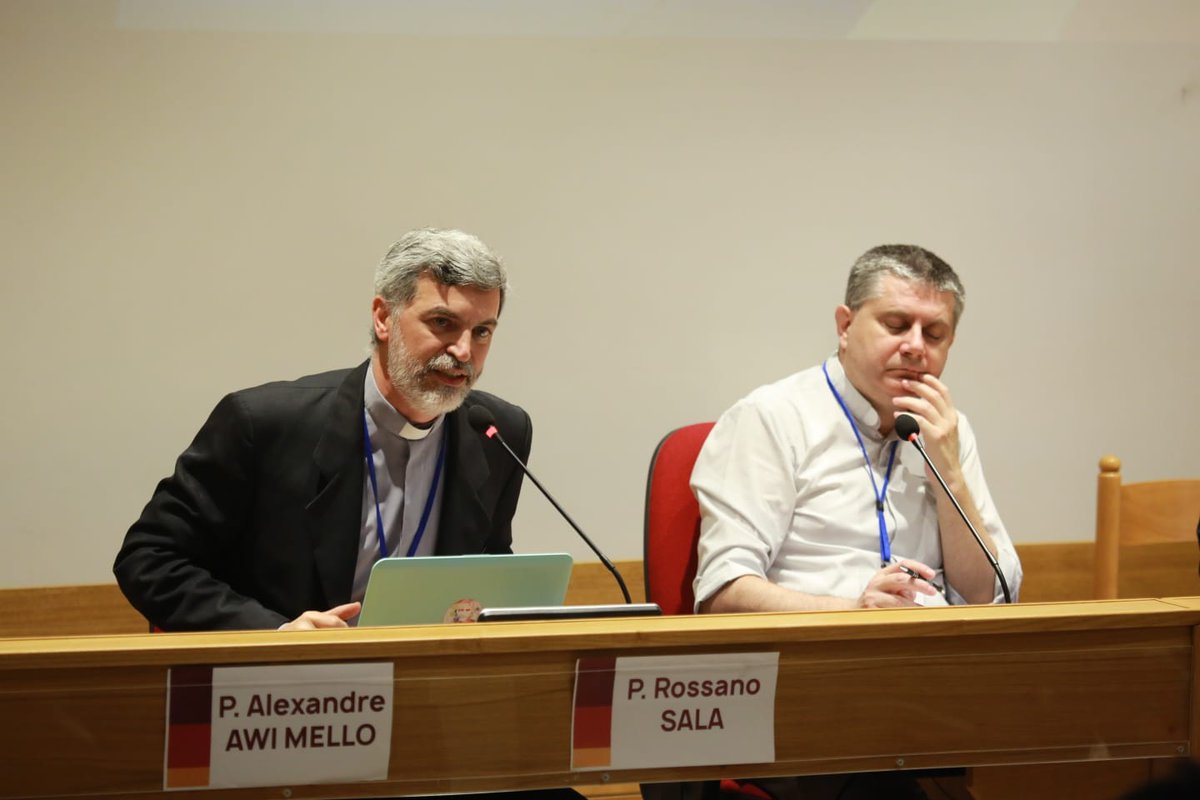 Now is the time to score a goal 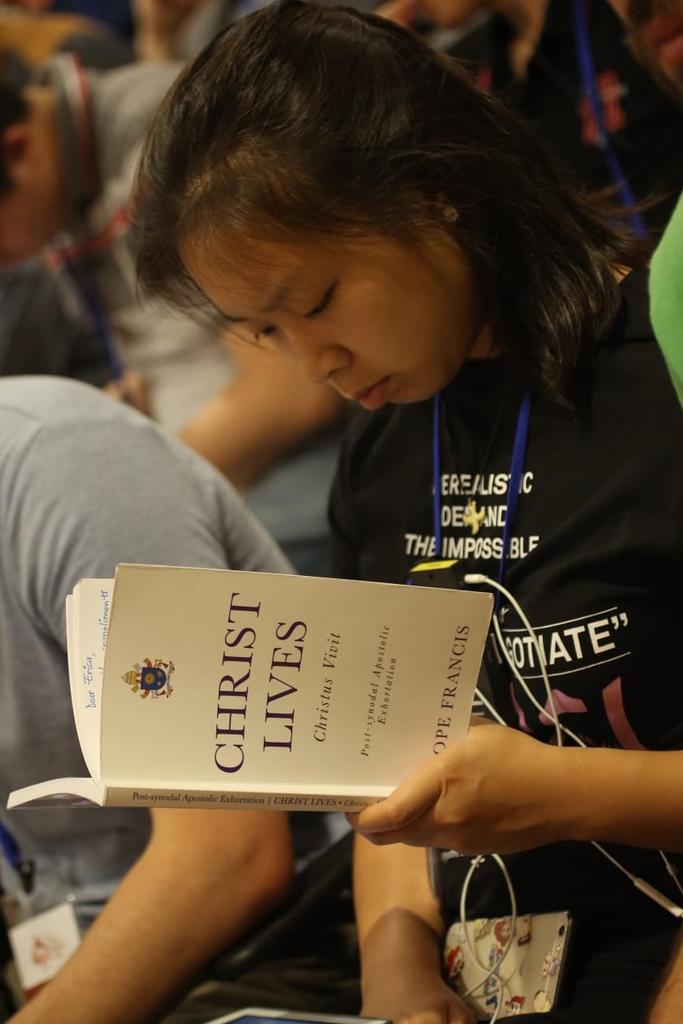 Christus Vivit is full of life and its reception in the various realities of the five continents was examined during the interventions by the delegations and the members of the youth pastorate present at the Forum: this is how we learned that the translators of the Apostolic Exhortation into Indonesian – a young woman – began to spread the message across the country from her own small town. There were also many invitations to bring it to life, as Pablo from the United States said, that “now is the time to score a goal.”

A fruit of the Synod and Christus Vivit that emerged very clearly during the afternoon working group: the youth delegates who felt that they are active participants in the Church, appreciated the attention that the Church has given them and are enthusiastically ready to respond to God’s call.

The key is in PANES

The highlight of the workshop was the Corpus Domini Mass celebrated by Fr. Alexandre Awi Mello, a Schoenstatt Father, who focused his homily on the word “PANES” [bread], which in Spanish stands for the first letters for Participation, Joy, Networking, Spirituality and Service. At the end of the day there was still time for Eucharistic Adoration and to give thanks to God for these days through prayer and personal reflection.

What touches us now! 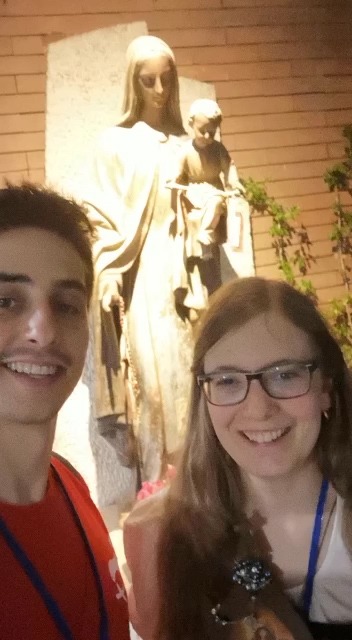 On 21 June, the third day of the Forum, Fr. Alexandre Awi, the secretary of the Dicastery, and Fr. Rossano Sala, the special secretary for the Youth Synod, summarized the conclusions of the 2019 International Youth Forum, which called for today’s youth to be co-responsible as a direct response to the call made at the Synod.

This is also the point made Lucas and Hemma, conveying the key theme and challenge for everyone, not just the youth, not just Schoenstatt members, but all of the faithful.: “No, we cannot wait for action from the bishops, the parish priests, the spiritual directors, the pastoral teams to do something, nor should we expect this, because we have to start with our actions. We, as the youth, as lay people, as the People of God, have the power and the duty to act, we have to initiate the change.”

“The Pope encourages us to start to act now, to begin the change within our parishes and our movements,” said Hemma. “We have to carry on, hand in hand,” added Lucas, in a spirit of covenant, synodality, in an international synergy,

“Like Fr. Kentenich said,” says Hemma, “with our ear to the heart of God and our hand on the pulse of time. So let us take action together and implement Christus Vivit and the spirit of Fr. Kentenich!

And the two repeated with enthusiasm, joy and urgency: “We should not expect ready answers like some magical formulas that is going to work. Anywhere in the world, it is not this way. We have to discern and apply according to our reality.” 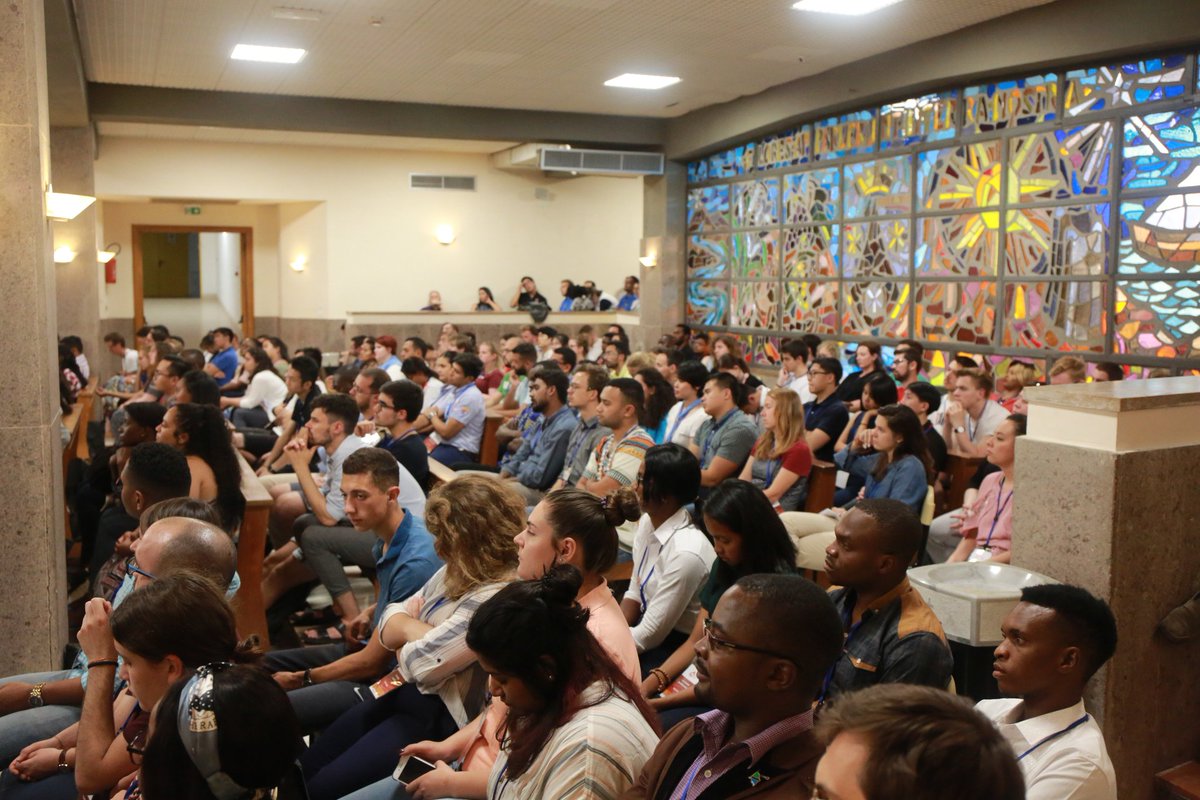 With material from the Dicastery for the Laity, Life and Family

Let us Make Christus Vivit, the Letter of Our Holy Father to the Young People, Our Own