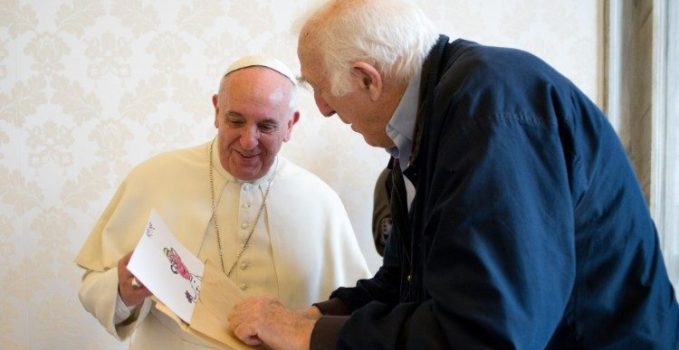 The funeral of Jean Vanier, the founder of L’Arche who died on May 7, was held in the small community of Trosly-Breuil, north of Paris on the afternoon of Thursday, 16 May. The mass, celebrated with great simplicity, was presided over by the Archbishop of Rennes, Pierre d’Ornellas. —

The Pope encouraged the L’Arche communities to continue in the footsteps of Jean Vanier.

Pope Francis sent a message in which he encouraged the L’Arche communities to “continue to be places of celebration and forgiveness, compassion and joy, showing that everyone, whatever their disability, is loved by God and called to participate in a world of fraternity, justice and peace”.

“Trying to live with Christ, through the same God who took all our weaknesses, Jean Vanier made the most fragile, and too often rejected, people feel welcomed and recognized as brothers and sisters, respecting religious and social differences”, Francis said in his message.

Other prelates and religious leaders participated in the funeral, including Jacques Benoit-Gonnin, the Bishop of Beauvais, and his predecessor, Jean-Paul James; the Anglican bishop of Ely, Stephen Conway and Br. Alois, prior of the Taizé community. Relatives, friends and representatives from L’Arche and from Faith and Light [another organization also started by Jean Vannier] also paid their last respects to Vanier at the end of the mass, during which songs were performed in English and Japanese and Islamic prayers were said. The sign of peace was tthe Indian “Namaste” greeting.

“Jean understood that humanity and poverty are the surest way to unity, peace, and fraternity. Jean thirsted for peace. He had a great desire: that people can live as brothers, beyond the differences of creed, social and cultural identity,” the archbishop of Rennes said during the homily.

“L’Arche,” he concluded, “will always be blessed by God so that people with mental disabilities continue to found L’Arche in the future, be it in the existing communities, or new communities that will emerge around the world. God, who is infinitely good, bless L’Arche with the hand of your poor ones! God, who is infinitely merciful, receive your servant Jean into your Kingdom”. 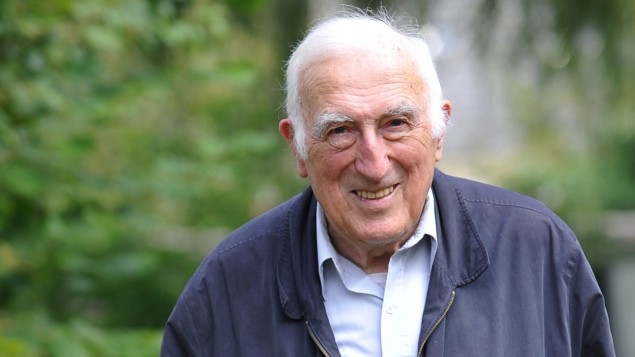