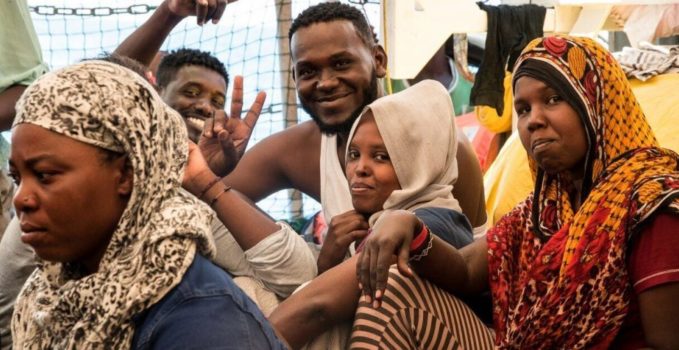 Posted On 2019-04-22 In Church - Francis - Movements, Covenant solidarity with Francis

Currently, Europe is mainly concerned with Brexit. Are the British going, when are they going, how will they go…? And one wonders how it is possible that the European idea, that idea of a united and free Europe, has lost its brightness to such an extent that it has been reduced to a purely economic interest. Meanwhile, thousands of migrants and refugees are dying in the Mediterranean. Cardinal Marx, the President of the German Bishops Conference, made a clear statement last weekend at the presentation of the Lew Kopelew Award for Peace and Human Rights to the private maritime rescue initiative “Mission Lifeline”. Christian, and in line with Pope Francis, who always reminds the states and the peoples of Europe to show more solidarity and simply, humanity.—

We publish Cardinal Marx’s speech in the following text. And his words and those of Pope Francis apply mutatis mutandi to every border where migrants and refugees drown, die of hunger, die of thirst and despair. At the same time, Cardinal Marx’s words remind us of the creative tension between the official space and the free space, and the role of the official – institutional in at the very least allowing free initiatives that complement the official space and do what the institutions would never be able to achieve. Not only in the Mediterranean.

In the last five years, as far as we know, some 18 000 refugees and immigrants have drowned in the Mediterranean: men, women and children who were looking for a life of freedom, security and dignity but instead, died on this external European border. In ancient times, the Mediterranean was a meeting point between Europe, Africa and the Middle East. Nowadays, it seems to be more an isolation room. As the United Nations Refugee Agency said last year, the Mediterranean has become the world’s deadliest maritime route for those seeking protection.

Pope Francis repeatedly reminds the countries of Europe of their humanitarian responsibility. In July 2013 he consciously made his first trip as Pope to Lampedusa, where he remembered the many who drowned with strong words: “Who wept for the death of these brothers and sisters? Who wept for the people who were in the boat? … We are a society that has forgotten the experience of weeping, of suffering with others’: The globalization of indifference has deprived us of the capacity to weep!”

As Christians we should not simply resign ourselves to the misery and the need of the people. Differentiation and blockades contradict the message of Jesus Christ. Instead, we are called to live charity and active solidarity. The sea rescuers show us what this means in concrete terms: With great personal commitment, they help where most of us prefer to look the other way.

The states of Europe must not shirk the international ethical and legal obligation to rescue those at sea. If they themselves cannot sufficiently ensure maritime rescue, they must at least allow civil society rescuers to operate. At the moment, the opposite seems to be happening: state-funded rescuers have been reduced and non-state actors have been hampered. Certainly, civil society maritime rescue is not a political solution to the key problems of flight and migration in the Mediterranean. But precisely because the European states have not yet found a solution, the commitment of maritime lifeguards remains indispensable: firstly, to save human lives, but also to challenge political action.

The Dresden rescue initiative “Mission Lifeline” and its captain Claus-Peter Reisch today receive the Lew Kopelew Award for Peace and Human Rights. You, dear Captain Reisch and dear comrades of “Mission Lifeline”, have not been dissuaded by the difficulties. Instead, the maximum number of people who drown should be rescued was and is your motto – without any buts! Especially in times when the wind is stronger, you defend humanity.

Human rights would be virtually meaningless without the right to life. That is why it is right and appropriate to honor the tireless commitment to save human lives with a human rights award. I congratulate you warmly for this award. I wish you God’s rich blessing for your future commitment. 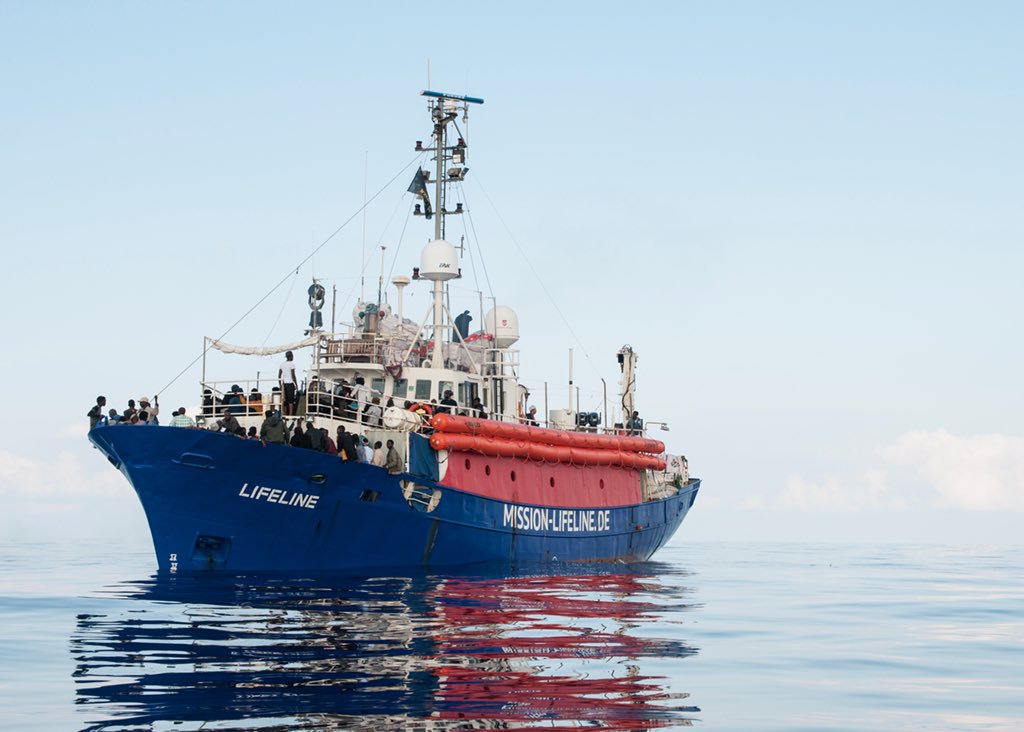