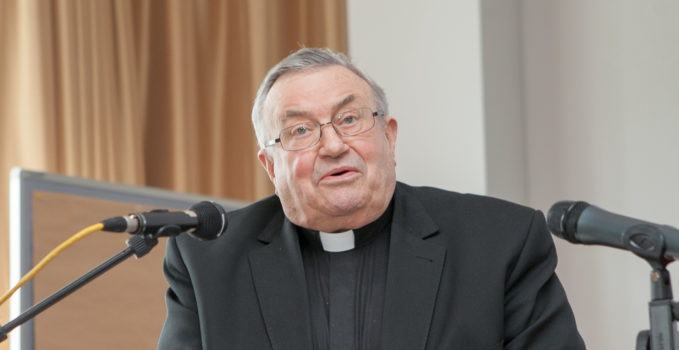 On the Death of Cardinal Lehmann: A Great Theologian, Bishop and Philanthropist 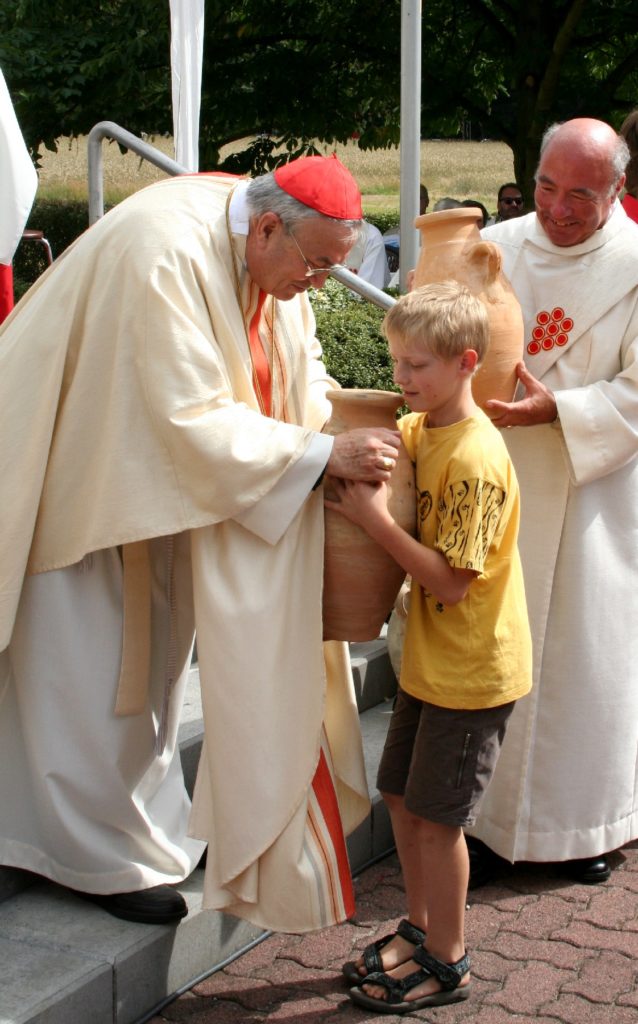 In the early hours of the morning on the Fourth Sunday of Lent, Laetare Sunday – Rejoice – Cardinal Karl Lehman, for many years Bishop of Mainz and President of the German Catholic Bishops’ Conference, died. “A great theologian, bishop and philanthropist leaves us” wrote Cardinal Marx, Munich, President of the German Bishops’ Conference. Many in the Schoenstatt Movement are connected with Cardinal Lehmann and mourn his passing. —

He was patron of the Academy for Marriage and Family Pedagogy and presented certificates to many freshly qualified Family Trainers in Mainz or Schoenstatt; he spoke at the midday prayers arranged by Schoenstatt at the Katholikentagen; he was uncomfortable to some and galvanized many.

Faith and life, forming the actual world through an equally real faith that is connected with the world. A great statement the Cardinal, who died today, has given to the Schoenstatt Movement. A rousing statement.

“Individual and personal access that doesn’t constrain, that allows and values individual freedom, is what makes this way of life particularly attractive today. ‘As much freedom as possible’. This principle of our founder that gives expression to his respect for the calling of each individual person, is a decisive pointer for bringing people today into contact with the faith. When they see commandments and prohibitions to start with, they do not feel attracted. When I feel personally addressed, and touched in the depths of my soul, when my religious questioning is taken seriously, welcomed and without compulsion, the way opens up to faith in the living God. It is a great opportunity given to us through a personal pathway of faith in the covenant of love and the appreciation of our personal calling in our Movement.” These are the words of his successor, Archbishop Dr Robert Zollitsch, a member of the Schoenstatt Movement, whose approach is very akin to that of Cardinal Lehmann.

“Yes, we have a modern and even challenging message to give to the Church today. It was precisely the objective of our Father and Founder: Not to wallow in the past, trying to preserve everything, but to see how the contents of the faith can be borne into the new era and interpreted to it. That also led to his controversy with the Church, which did not cause him to relinquish his love for the Church. He recognised Schoenstatt’s task – to help build the ‘Church at the new shore’, and in this way develop and apply the vision of the Second Vatican Council of the Church.” 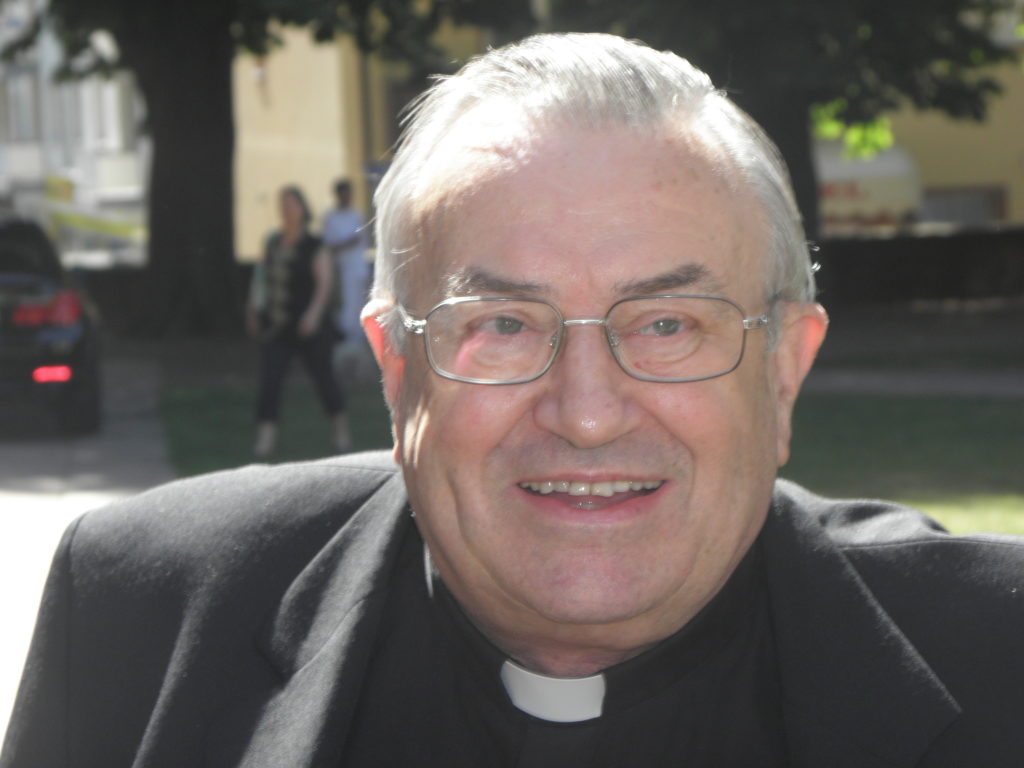 Cardinal Reinhard Marx, Chairman of the German Bishops’ Conference, on the death of Cardinal Karl Lehmann

It was with deep emotion and sadness that I received the news of the death of our valued confrere and friend, Cardinal Karl Lehmann. God, the Lord of life and death, has called his faithful servant home to himself. He died with deep faith in the mercy of God. A great theologian, bishop and philanthropist has left us. With his death we lose a warm-hearted and human bishop endowed with great eloquence. I mourn with the faithful of the Diocese of Mainz. The Church in Germany bows before a personality who has essentially influenced the Catholic Church worldwide.

The German Bishops’ Conference owes a great deal to Karl Lehmann that will be felt far beyond his death. For more than twenty years he has guided the destiny of the German Bishops’ Conference as its chairman. I can well remember our first meeting, that was marked by warmth and openness, and above all enjoyment in theological debate. Cardinal Lehmann experienced the ups and down of the German Bishops’ Conference. His constant concern was the question as to how a human, and at the same time traditional Church should be constituted. The personal appreciation he showed to every person he met, his incredible memory – Karl Lehmann forgot nothing – and his theological breadth, were happy years for our Bishops’ Conference. My predecessor, Archbishop Dr Robert Zollitisch, and I myself, continue to feel committed to his legacy. In 1993, 1999 and 2005 Karl Lehmann was confirmed in office as Chairman until he had to withdraw from this office in 2008 on health grounds. It would not have been Karl Lehmann if he had not taken on the chairmanship of the Faith Commission of our conference for a number of years.

The time of office of Karl Lehmann included difficult events such as the “Cologne Declaration” of 1988, the struggle for the right way in advising pregnancy conflicts, and the publication of sexual abuse cases in the Catholic Church. Particularly happy events for Karl Lehmann were the reunification of the two separated Bishops’ Conferences to form the first all-German Bishops’ Conference, in 1991. However, I also recall the Apostolic Journey of Pope John Paul II in 1996 to Paderborn and Berlin, when Cardinal Lehmann was able to accompany the then Holy Father as he walked through the Brandenburg Gate and in this way completed the re-unification, as it were, also for the Pope. Cardinal Lehmann was able to experience happy events in his untiring work for a successful World Youth Day in Cologne in 2005, and also a year later when Benedict XVI visited his Bavarian homeland. Ecumenical rapprochement was a matter close to his heart, both theologically and spiritually. He quite often met privately with leaders of the Evangelical Church in Germany on this account. The signing of the Common Declaration on Justification in 1999 was essentially the work of Karl Lehmann’s negotiating skills. He filled the contact discussions between the German Bishops’ Conference and the Evangelical Church in Germany with life and ideas, discussions and inspirations.

Throughout his life Karl Lehmann remained a Professor of Theology. In the Bishops’ Conference he could at times give long explanations and bring us up to date on the state of research. We gratefully remember his comprehensive statements in principle during our plenary sessions. All his academic treatises aimed at pointing out the way in a time of radical change and providing people with hope. This gained him great respect in the political field and many groups in society.

The deceased, who was ordained a priest by Cardinal Julius Döpfner, was always marked by the breakthrough of life during the Second Vatican Council. As Karl Rahner’s assistant, he was able to experience the event and the struggle for positions from close by. Karl Lehmann made it his life’s work to preserve the legacy of the Council and to promote it. In stormy times he stood firm in the faith, as expressed in the motto he chose at his episcopal consecration in 1983: “State in fide – Stand firm in the faith” (1 Cor 16,13). Indeed, nothing could shake Karl Lehmann’s faith.

It took some time before his varied work in Rome, his membership in many Curial dicasteries, his intensive theological accompaniment of countless Bishops Synods in the Vatican, was acknowledge with the cardinalate in 2001. He saw it as a new incentive for further commitment in Rome and the universal Church.

With the death of Karl Lehmann the Church in Germany loses a defining figure, and our continent a convinced European. In the eight years he spent as Vice-President of the Council of European Bishops’ Conferences Cardinal Lehmann worked untiringly for international understanding and reconciliation, building bridges and dialogue. Cardinal Lehmann was an impressive person and exemplary priest, whose commitment and work were acknowledged by countless national and international honours. Above all Karl Lehmann was a priest, pastor and bishop, a gifted theologian and good friend. His theological finesse will be missed, as will his edgy interventions. Karl Lehmann was a Catholic citizen of the world, who was able to comment on all the subjects of our times. We mourn a wonderful person, a pioneering personality and a believing Catholic, who lived his life wholly according to God’s plan, and devoted himself to Christ’s work and message. In quiet sorrow I bow to a friend, a confrere who offered us all orientation.

With sadness I have received the news of the death of Cardinal Karl Lehmann. I assure you and all the faithful of the Diocese of Main of my deep sympathy and my prayer for the departed, whom God, the Lord, has called to himself after serious illness and suffering. In his long-standing work as theologian, bishop and also Chairman of the German Bishops’ Conference, Cardinal Lehmann set his stamp on the life of the Church and society. It was always his concern to be open for the questions and challenges of the times, and to offer an answer and orientation from Christ’s message, in order to accompany people on their way and find what unites beyond the limitations of confession, convictions and countries. May Jesus, the Good Shepherd, give his faithful servant the completion and fullness of life in his heavenly kingdom. From my heart I give you and all who mourn and pray for Cardinal Lehmann my apostolic blessing.