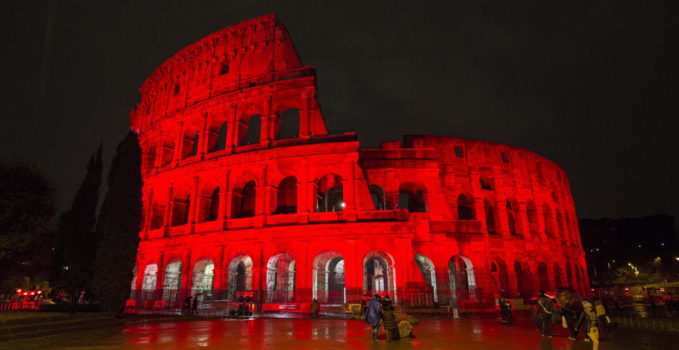 A Red Colosseum cries out against indifference

“Come with us, we want to tear veil of indifference,” Alessandro Monteduro, the director of “Aid to the Church in Need” in Italy, told me. I asked myself, why not, because in fact, the number of persecuted Christians in the world has grown in recent years; there are many million of them. “We will light up the Colosseum in red and they will see: the Church authorities, the president of the European Parliament, and particularly, the victims of Islamist violence.” This could be an opportunity to show them support, solidarity, and carry them spiritually. — 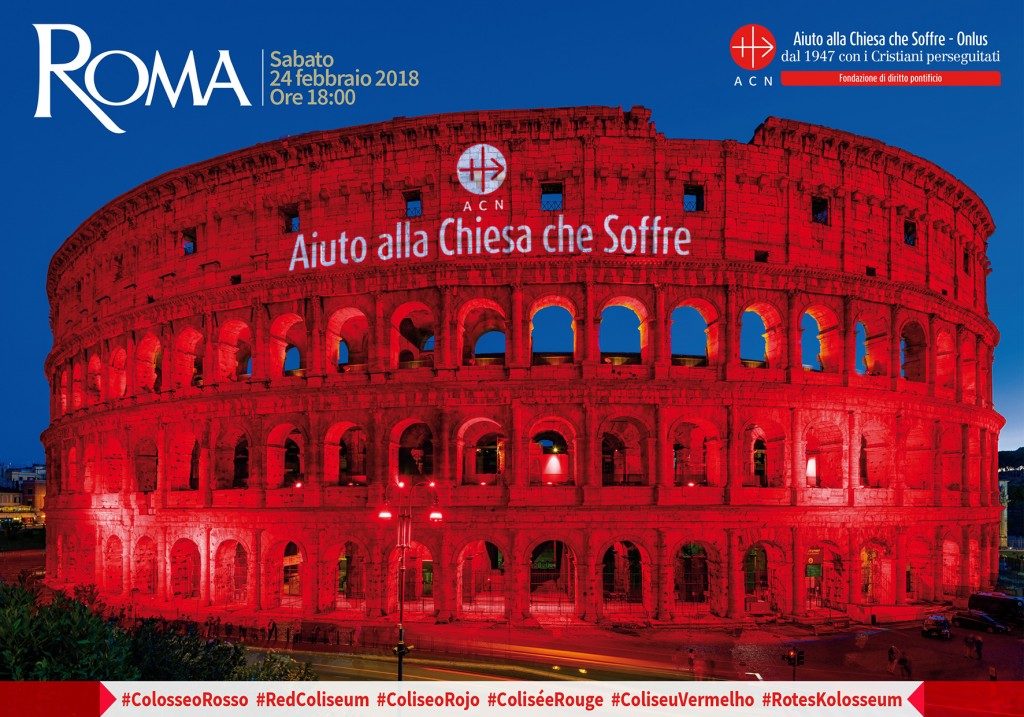 I started seeing posters advertising the “Red Colosseum” on information boards at the pontifical universities, priests’ residences, parishes…and even me, together with some university colleagues advertised it whenever we could, I wrote about it in the WhatsApp group for the Schoenstatt-Italy national council, I shared it with the youth of the Neocatechumenal Way, we prepared videos to promote it, and others also spread the word.

A meeting with the families of the martyrs of our time

On the morning of 24 February, I was pleasantly surprised while reading the news. The Holy Father had received, listened and embraced the husband and daughter of Asia Bibi, the Pakistani woman sentenced to death and imprisoned since 2009 after being accused of blasphemy, and one of the girls who was kidnapped by Boko Haram but was able to escape years while pregnant with the son of one of her rapists. The president of Italy also sent a message, uniting himself to the initiative against indifference.

The night arrived when the Colosseum would be the colour of crimson. A friend told me that soft rain that did not want to stop were heaven’s tears. The family members of Asia Bibi and the Boko Haram victim, Christians from the Middle East, families of the martyrs of our time, gave emotional speeches in solidarity, connecting directly with our brethren in Aleppo and Mosul. And the Colosseum was bathed in red. 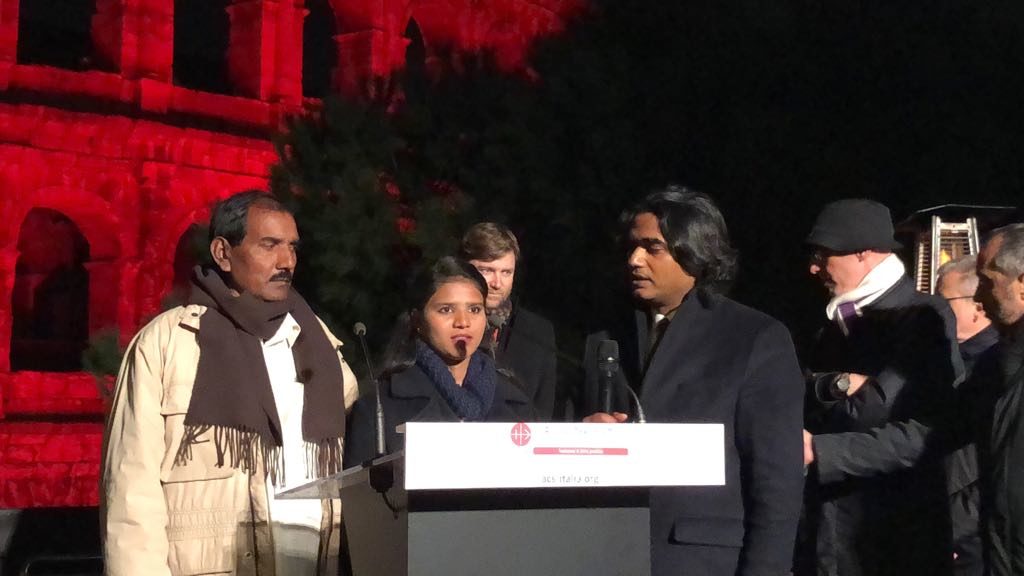 Why were we so few?

I witnessed tears, applause and prayers at the blood-red Roman Colosseum, the witnesses who testified to the faith of our brothers and sisters with chilling rawness …And after all that, I returned home. I can’t avoid it. I ask myself: How is it possible that there were so few of us in a city like Rome, where it impossible to walk through the streets and travel on public transport without meeting religious sisters and brothers, priests, lay Catholics?

How is it possible that in a city where we spend hours connected to the Internet, only forty people followed the live transmission on YouTube?

Is it perhaps that movements, religious orders, priests’ associations, consecrated people, etc, who produce thousands of beautiful initiatives are so focused on their own spirituality, initiatives and methods, that they lose sight of something so serious and current as the martyrdom that is suffered today? Do we truly have an attitude of going out, or is it simply a fashionable expression?

Why is that in the Schoenstatt Italy WhatsApp group there was not a single comment to the invitation. I don’t even know if there was another Schoenstatter at the event.

Was it the rain and the fear of catching a cold that resulted in such poor attendance?

Did the victims return to their homes with a feeling that we are interested in and concerned about the hunger, discrimination, torture, threats and deaths of their family members who prefer to endure all this, rather than deny Christ?

Did this event highlight the indifference, rather than destroy it?

Is it that perhaps that not even death stops the Christians of the Middle East, while we in Rome stay home because of a little bit of rain? 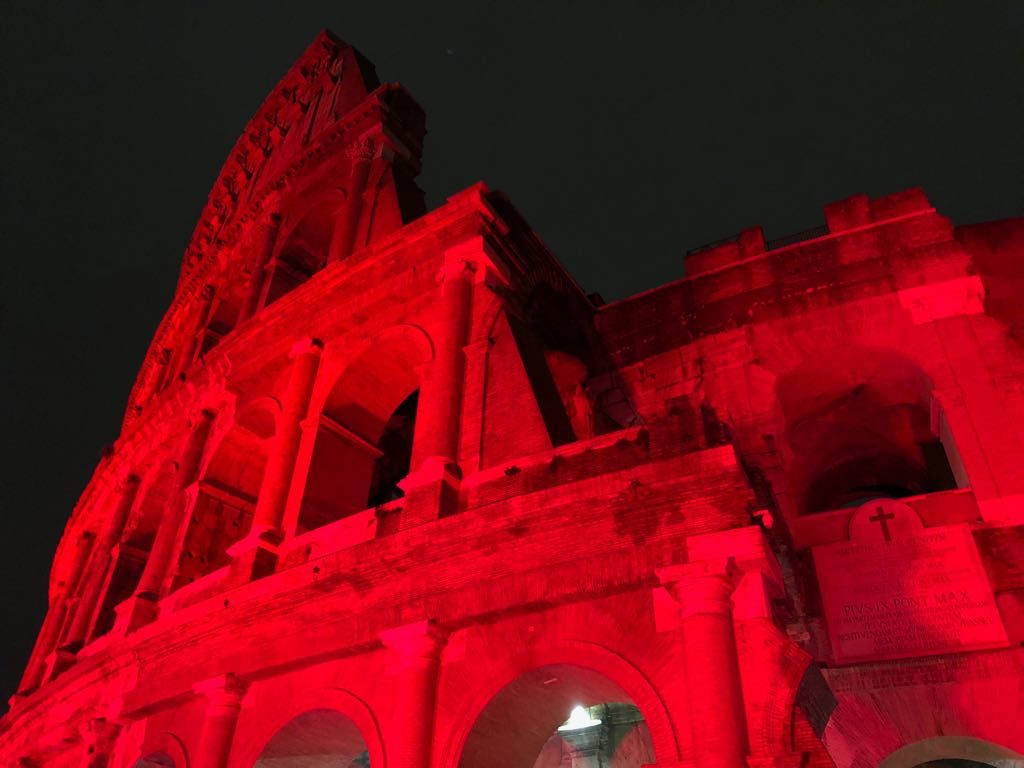 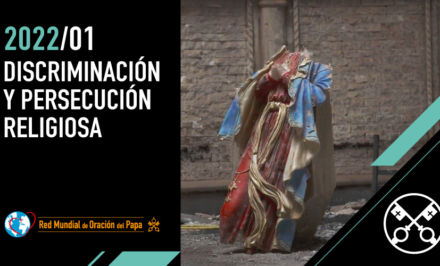