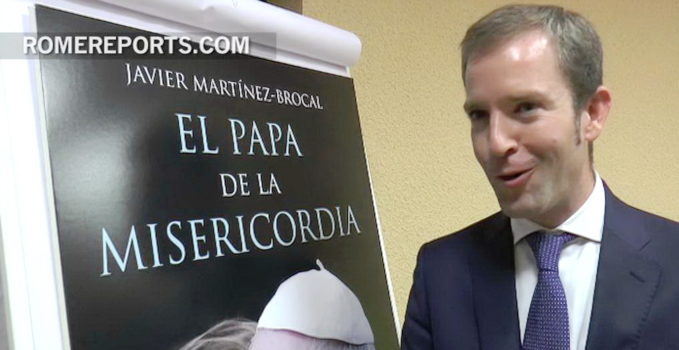 “Pope Francis: Reform or Revolution”: Four talks about the Pope and his papacy with Javier Martínez Brocal GIURCAP is one of these groups. Young students at the Law Faculty at the Roma Tre University started a group more than ten years ago and meet regularly in the faculty chaplaincy, under the guidance of their chaplain Fr. Alfredo Pereira. They have organised various initiatives, including a series of educational and cultural events, both in the faculty and the parish.

A few Sundays ago, GIURCAP organized and hosted a meeting at St. Catherine and St. Francis Parish with Spanish Vaticanista Javier Martínez Brocal on the topic: “Pope Francis: Reform or Revolution?”

Javier Martínez Brocal the director of Rome Reports, the Press Agency specializing in news from and about the Vatican, covers all news about the Holy Father and accompanies him on many of his apostolic travels in the papal air plane and is the author of the book: “El Papa de Misericordia [The Pope of Mercy]. 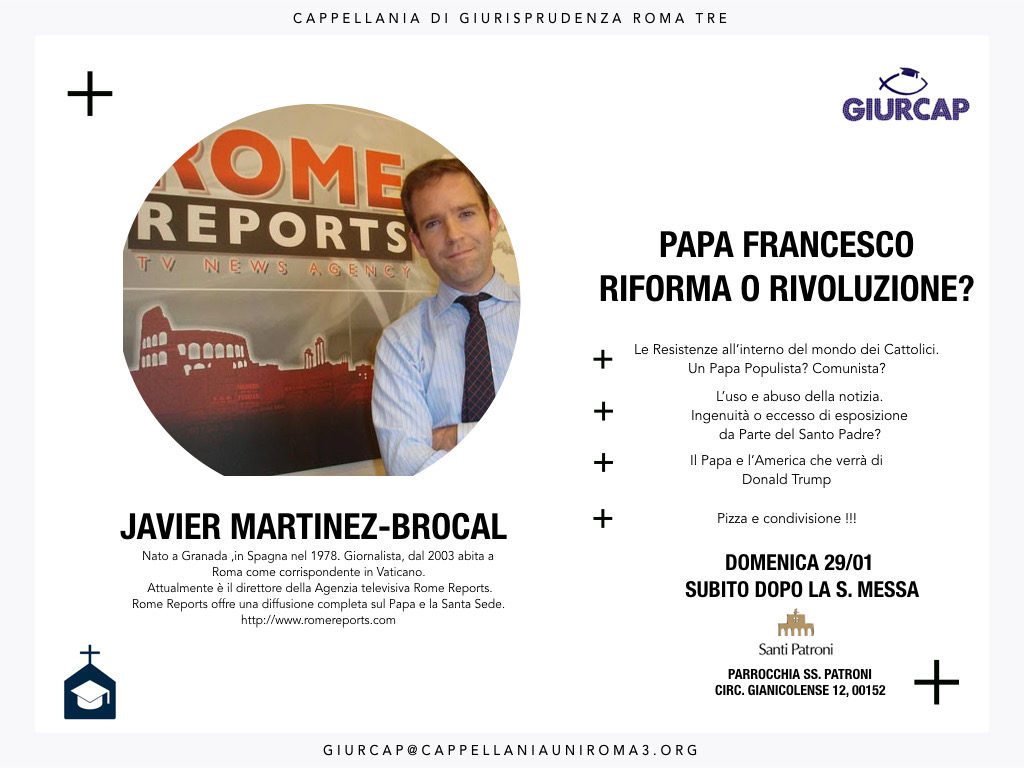 As Church, we are called to live what the Gospel teaches us

After having celebrated Sunday Mass together in a full hall and in a very informal and enjoyable setting, Javier showered the young people present with an avalanche of personal and professional experiences, focusing on the transition from Pope Benedict XVI to Pope Francis and the conclave — at which he had a front row seat as a vaticanista — and added lots of entertaining anecdotes about his trips on the papal plane in America, Paraguay, Cuba and Mexico.

In light of the provocative question: “Pope Francis: Reform or Revolution,” a topic that Italian Catholics are passionate about, Javier Martínez Brocal wanted to give an articulate answer that is also easy to understand: Francis is simply a free pope, who judges himself personally by what he says, and has a sixth sense, a special nose to discover those who suffer and those who have a deep sorrow in their heart. He explained that Francis is a pope concerned with what he describes as the globalisation of indifference. He continually urges Catholics to look into the eye of all forms of “indifference,” to go where they are most needed to listen, welcome, cure. Christians follow Christ: they must do everything like him. He is our only aspiration and the Pope reminds us of this daily.

As Church, we are called to live what the Gospel teaches us. The Pope spurs us on; he asks us to pay attention to our neighbour who needs shelter and an embrace.

The participants, including adults who did not want to miss the opportunity to speak freely with such a well-known Vaticanista. The time set aside of the meeting flew by with the promise to not lose sight of Javier’s work and invite him again in future.

A brief note from the author: I wanted to take my copy of “El Papa de la Misercordia” with me for him to sign, but I forgot.

What a crime! I am reading it and I feel it’s an excellent way to understand why he is loved by so many and to break down some hollow prejudices about the papacy we are witnessing.