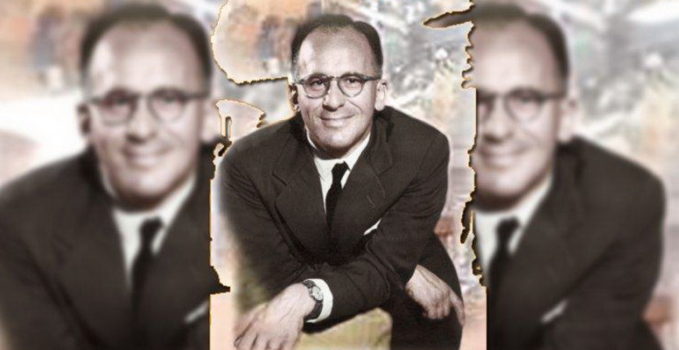 Businessmen who are saints? Businessman, manager, executive as a Christian vocation? Development of a new social order from economics? The Holy Spirit says yes, through the real story of Enrique Shaw, an Argentinean businessman. Joseph Kentenich says yes with the idea of everyday sanctity.

The prefect of the Congregation for the Cause of Saints, Cardinal Angelo Amato SDB, celebrated Mass for Servant of God, Enrique Shaw, this Sunday at the Metropolitan Cathedral to commemorate a new anniversary of the death of a person who could become the first businessman to attain holiness.

Cardinal Amato stressed that Shaw “distinguished himself in his desire to respond daily to the mission God entrusted to him as a lay Catholic, husband, father of a family, and businessman,” and he left “the memory of an extraordinary Christian who was exemplary in his faith.”

“Since I cannot interfere with any judgment the Church will make about it, I associate with those who affirm that he worked joyfully, with willingness to dialogue, and with a great closeness to the workers as the way to grow together in a development always more in accord with Christian humanism. The Gospel was the Magna Carta of his commitment as a businessman,” he added.

The Cardinal affirmed that “Enrique Shaw oriented his life according to the evangelical counsels, which were the nautical map of his navigation as a Christian businessman.”

“During this time, as the Republic of Argentina’s bicentennial of independence is celebrated, Pope Francis, beloved son of this nation, invites youths and elderly to dream and to prophesize great things. The nation is a mother, and like every mother, she wants all her children to live well. The nation is a gift and an obligation. The nation is always under construction and it needs everyone’s courage,” he reminded.

As Don Bosco said the nation needs honest citizens and good Christians. But above all, the nation needs the courage of the saints, of children, courageous and loyal to the Gospel, who spread the good spirit of fraternity in society, of friendship, of understanding, of solidarity, respect and of welcome. “That is what the Blessed Gabriel Brochero and the Blessed María Antonio did for the nation, that went out to encounter society’s most marginalized, elevating them to the dignity of honored citizens and of authentic Christians,” he continued.

“That is what the Servant of God Enrique Shaw did, who taught everyone the good life of the Gospel. Let us continue to pray for his elevation, but above all, let us continue to admire and imitate in his authentic Christian being, his virtuous attitudes,” he concluded.

During the Mass, Bishop Sucunza read the letter that Cardinal Poli sent to Cardinal Amato, in which he expressed gratitude for his presence in the country for the beatification ceremony of Mama Antula and for celebrating the Mass for Shaw in the Metropolitan Cathedral that was Jorge Bergoglio’s chair.

The Cardinal from Buenos Aires entrusted Cardinal Amato “with a special intention for a favorite son of this particular church, Enrique Shaw, exemplary father of a large family and committed apostle to the business life of our nation.”

“From Santiago del Estero, where the joy of Mama Antula’s beatification is increasing with celebration and thanksgiving, receive these brief words as a warm welcome to the Cathedral of the Archdiocese of the Most Holy Trinity of Buenos Aires. This was the chair of Pope Francis, during his extensive and fruitful episcopal ministry among us. From here we pray daily for his service to the universal church,” he wrote.

“I am grateful that you agreed to celebrate the Sunday Mass in our church. I should like to entrust a special intention for a favorite son of this church in particular, Enrique Shaw, exemplary father of a large family and committed apostle to the business life of our nation. We have placed the cause of his beatification in the hands of the Congregation over which you preside. Finally, I wish you a happy return to Rome, along with the priest who accompanies you. For this, we pray for your trip, and I entrust you to the tender protection of Our Mother of Lujan,” he concluded. +

Departing from his management of Cristalerías Rigolleau, Enrique Shaw conceived and developed new concepts about the fundamental role of businesses in the economy and society of a country. He felt a personal responsibility to take care of the needs of the most humble, humanizing and Christianizing the business and social structures, efficiently using all technical and professional resources for the development of sources for work and for the dignity and realization of the personnel.

Shaw offered his spiritual and material support to the Argentina Catholic University (UCA), he worked intensely with Catholic Action with the program, Pro Help for Europe, since World War II, and in 1961, the Episcopate named him President of ACA. 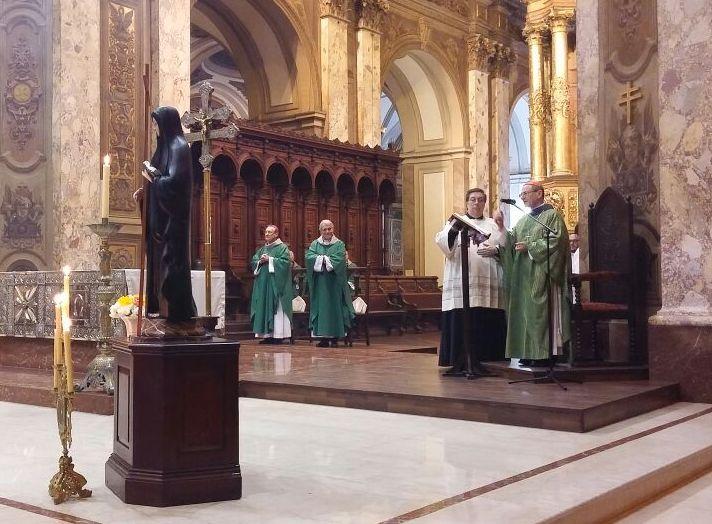