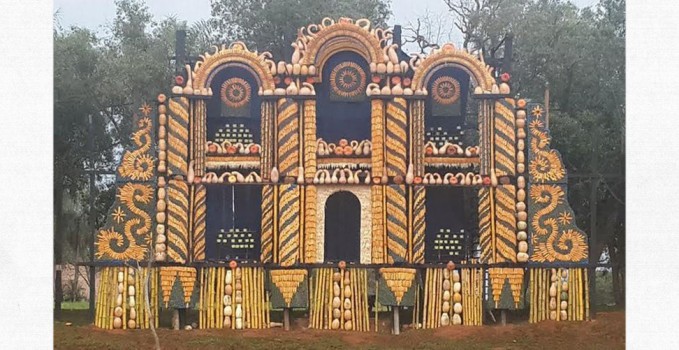 PARAGUAY, by Pedro Kriskovich/Aleteia.org • One of the most fascinating aspects of the Altar de Maíz [Corn Altar] prepared for the Mass that Pope Francis will celebrate this Sunday in Paraguay is that prayer petitions sent via Facebook, mostly by young people, the children from the community of San Ignacio, Misiones, were written on thousands of coconuts that are now a part of the artistic beauty of the Altar made by Paraguayan artist Koki Ruiz.

The altar was transported in containers and with military honors for more than 200 kilometers, from the city San Ignacio, Jesuit cradle, to the city of Luque, close to Asunción, where the Pope will celebrate Sunday Mass and pray the Angelus on Sunday, July 12, the last day of his visit to Paraguay.

“For my family”, “For my children”, “For the sick”, or simply a concrete name, are among the tens of thousands of petitions that were sent via Facebook to the ALTAR DE MAIZ.

But in this digital age, the main protagonists were local children who wrote the petitions by hand with black markers.

In Asunción, people had the opportunity to write their petitions on thousands of coconuts. The Dequení children are there. “Schoenstatt.org is on one of the coconuts. Ideas are not enough. This is tangible faith. 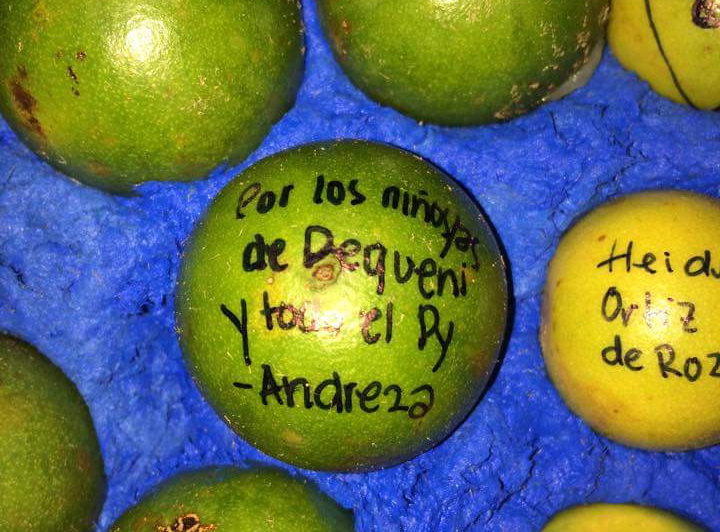 First photos of the Pope’s visit to Paraguay, sent by Schoenstatters