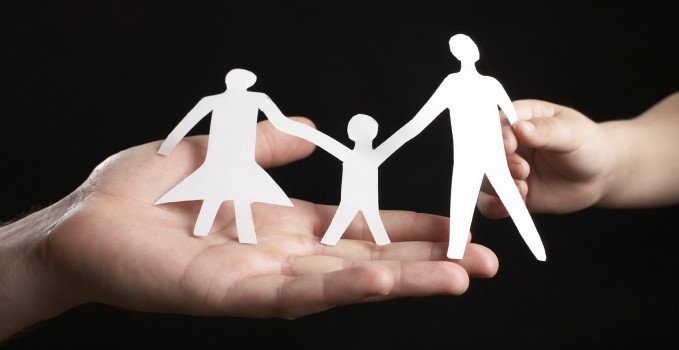 Presentation of the Instrumentum Laboris of the Synod: “The vocation and the mission of the family in the Church and contemporary world”

This morning in the Holy See Press Office a press conference was held to present the Instrumentum Laboris of the 14th Ordinary General Assembly of the Synod of Bishops on the theme, “The vocation and mission of the family in the Church and contemporary world” (4-25 October 2015). UPDATE: text of the Instrumentum Laborius now in english

The Instrumentum Laboris, explained Cardinal Baldisseri, is divided into three parts following the structure of the Relatio Synodi, demonstrating the close link between the Third Extraordinary Assembly of the Synod of Bishops in October 2014, dedicated to “The pastoral challenges of the family in the context of evangelisation”, and the upcoming Ordinary General Assembly. The first part, entitled “Listening to the challenges of the family”, relates most directly to last year’s Synod, while the second, “Discernment of the family vocation”, and third, “The mission of the family today”, introduce the theme of the next one.

The cardinal highlighted certain novelties in the first part, which refer principally to the anthropological-cultural, socio-economic and ecological contexts, “now happily enlightened by the new Encyclical letter Laudato si’”. The challenges, he explained, are “poverty and social exclusion, old age, widowhood, bereavement in the family, disability, migration, the role of women, emotional life and education in sexuality, and bioethics”.

In the second part, “Discernment of the family vocation”, the Relatio Synodi is enriched with an extension of the themes regarding natural marriage and sacramental fullness, indissolubility as a gift and a duty, family life, union and fruitfulness, the missionary dimension, faith, prayer, catechesis, the intimate bond between Church and family, the young and fear of marriage, and mercy.

The third part, devoted to “The mission of the family today”, begins with a broad-ranging reflection on the family and evangelisation, and explores in depth a number of other issues such as the family as subject of pastoral ministry, nuptial liturgy, renewed language and missionary openness.

The general secretary of the Synod of Bishops noted that it makes reference to “the family and ecclesial accompaniment, the streamlining of procedures for causes for annulment, the integration of faithful in irregular situations, the eventual introduction of a penitential route, the pastoral problems regarding mixed marriages and disparities of worship, as well as questions related to responsible procreation, reduction of births, adoption and fostering, respect for life from conception to natural end, and education of future generations.

“The reference to the economic hardship experienced by many families, who run the risk of being subject to usury, is very relevant”, he added, “as is the socio-political commitment of Christians in favour of the family, also in the international context. In this regard, it would be useful to re-propose the Charter for the Rights of the Family, linked to the Universal Declaration of the Rights of Man”.

Cardinal Baldisseri illustrated the work of the Secretariat of the Synod Council between one assembly and another, which began in November 2014 with the presentation of the “Lineamenta”, composed of the Relatio Synodi and a series of 46 questions relating to the reception and deepening of this Synod document. The “Lineamenta” was sent to the synods of the sui iuris Oriental Catholic Churches, to the Episcopal Conferences, to the dicasteries of the Roman Curia and others, with an invitation to respond by 15 April 2015. The Secretariat General received 99 answers from the competent bodies, along with 359 observations sent freely from dioceses, parishes, ecclesial associations, grass-roots groups of faithful, civil movements and organisations, etc. The inter-synodal period has thus been shown to be “a valuable opportunity for listening to what the Spirit says to the Church in the plurality of her components”.

Finally, with regard to the methodology of the upcoming General Assembly, it was mentioned that it is Ordinary and not Extraordinary like the previous one and, in accordance with the suggestions of the members of the Synod, “it will continue with the project of the development of the Synod taking a dynamic approach more suited to our times”.

The Synod fathers reiterated the need to avoid a “long series of individual interventions, as has happened in previous Synod assemblies, to ensure that they are better distributed in the time available and not presented one after another. The importance of the Circuli Minores was noted, as was the need to maintain the principle of thematic order. Thus, the three weeks of the Synod will be divided in correspondence with the three parts of the Instrumentum Laboris. The first week will be devoted to the first part of the document, the second to the discernment of the family vocation, and the third to the mission of the family today. “At the end of the third week, time will be set aside for the preparation of the final text of the document, which will be presented to the Assembly for the final modifications, to be inserted into the text before its final approval. The method will ensure the opportunity to intervene on the part of all those entitled to do so, including at the end of the day, and will enable more time to be assigned to the Circuli Minores. It is expected that a final document will be produced and consigned to the Holy Father”.

With regard to information during the Synod Assembly, the cardinal mentioned the Holy Father’s affirmation that “the Synod is a space in which the Holy Spirit can act, not parliament. The Synod Fathers are invited to express themselves with parrhesia. They will be free to communicate with the media at their discretion and with responsibility”.