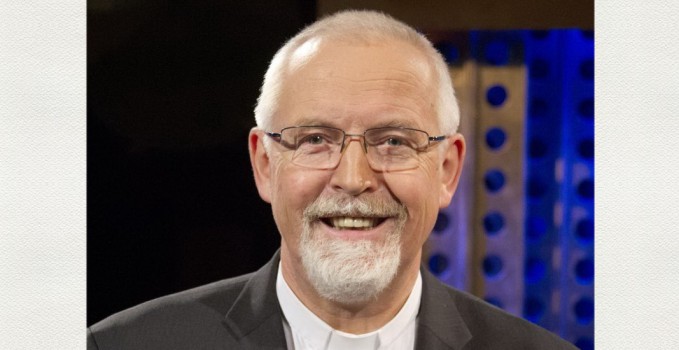 Today, Father Elmar Busse (*1951) answers: He has known Schoenstatt since his childhood, because his parents belonged to the first course of Family Federation in the German Democratic Republic. The Friedrichroda Schoenstatt Center in the region of the Thuringia Forest (Shrine blessed in 1954) was his spiritual home. Since there were no priests for the Schoenstatt youths, he made the decision, along with other adventurous students of theology, to found the community of Schoenstatt Fathers in then East Germany. This became a reality on June 18, 1978, after a long time of preparation. In 1980 he was ordained as a priest in Erfurt and he spent 10 years working in the pastoral of the parish. After the reunification of Germany, he came to Schoenstatt to work with the Boys’ Youth. In 1991 he helped to found the Family Branch in the Czech Republic; he worked in Austria from 1992 to 2003. He is well known by many people as an author, a speaker, marriage counselor and a radio preacher •

Six months into the pilgrimage through the second century of the covenant of love, what is your dream for this Schoenstatt in who we are and where we find ourselves in the Church, in the world, and in our mission?

Schoenstatt in Germany is similar to the Beatles before 1963. They played good music from their beginning with John Lennon’s school band in 1956, and they had their first performances at private celebrations and school events. However the Beatles’ definitive success was not until October 13, 1963, with their performance on the popular program ATV Sunday at the London Palladium that was seen by 15,000,000 people.

In Germany Schoenstatt has a marketing problem. The reactions after the events are positive, and sometimes they are combined with a question of reproach: why haven’t we heard about Schoenstatt until now? For this reason, I dream that the mature competence of the work with families and the youth, as well as of ecumenism be “discovered” and that we can find the way out of our niche existence. Again and again the ease of management, the closeness of life, the understandability and the guidance toward solutions of problems of our magazines as well as our retreats have been praised. Why do we only have success with these qualities once in a while?

But Fr. Kentenich wanted Schoenstatt to be an apostolic movement and that is how he founded it.

Years ago, Father Menningen spoke about the federative closeness and the apostolic broadness. But the federative structure – which the founder clearly wanted anchored in his work – always carries mental “provincialisms” with many small kings and queens. Covenant capacity and Covenant willingness are elements that the Founder demanded as a fundamental attitude of every Schoenstatter.

How great is the willingness to learn, taking advantage of the good experiences of neighboring dioceses? Some signs of hope that indicate a good direction are, for example, the Matrimonial Route, which has emerged and has been blessed in several dioceses, or the Fackellauf (Torch Relay) from Rokole to Brno (Czech Republic).

When I look at the German Schoenstatt Movement’s calendar of events, I have the impression that there are a series of individual “custom made suits.” We invest too much in the “investigation and development” and very little in the “commercialization” of what has already been developed. Moreover the modular structuring of the individual elements of our spirituality would be very useful for a better propagation. For example, could there be a group of 100 young adults who are trained to carry out a weekend seminar with the subject: How to find my personal ideal? How can I live this? – Just this, but this kind of seminar could be offered throughout Germany thirty times a year! Making it a joker or a wild card or one size fits all for everything is not the idea.

The websites, www.spurensuche.de and www.hoffnungsvoll-leben.de (websites that are inspired by Schoenstatt spirituality) now have a great number of volunteers who contribute content. Camps, Women’s Day and First Communion Day are offered at several Schoenstatt centers. But many other offers, although good, do not find a large response. In 2012 there were 47, 161 Catholic weddings in Germany, so then, it should be possible to offer more courses, besides the three courses for marriage preparation that the Schoenstatt Family Branch offers! Probably since 1975, perhaps even before, the Family Movement has offered several day courses, and the veterans of old never tire of repeating that the theoretic and practical tools that they received in those days were of great help in overcoming those accidents that occur on the marriage and family road.

The will for the project has to be reinforced. Many Schoenstatters work in their parishes in order to help raise the level of faith that deserves respect and it should continue to be maintained. But this apostolate is not perceived as a Schoenstatt apostolate but as Mr. X’s or Mrs. Y’s activity. And we have Schoenstatt schools in Vallendar and in Kempten; we have Family Academies. Here it could be said: “Come and see!” But compared to the great size of the Movement, this is very little. During the Jubilee, we proved to ourselves that we are capable of gaining and motivating several hundred German Schoenstatters for a joint project – the Jubilee celebration. Couldn’t this growing confidence motivate and encourage individual groups to lead a common project? It doesn’t always have to be schools.