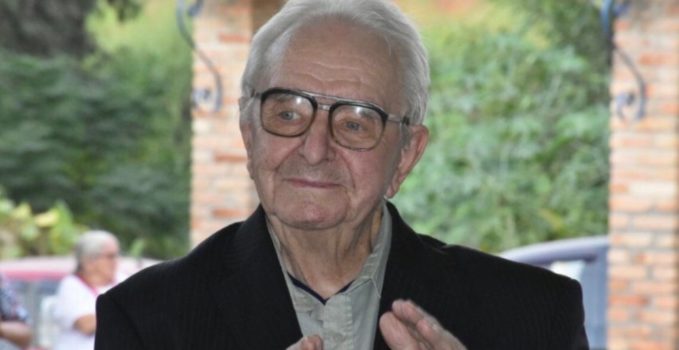 Thank you for your dedication, Fr. Roberto Ostheimer

On 27 March the Schoenstatt Family in Jaraguá and the community of the Secular Institute of Schoenstatt Fathers in Brazil bade farewell to Fr. Roberto Josef Ostheirmer, who entered the community in Brazil 1966. His wake took place at the Our Lady of the Immaculate Conception Parish, where he served as parish priest, and was buried in the Fathers’ cemetery next to the Sion Shrine in Jaraguá, the land for which he helped to purchase and build the shrine in 1969.— 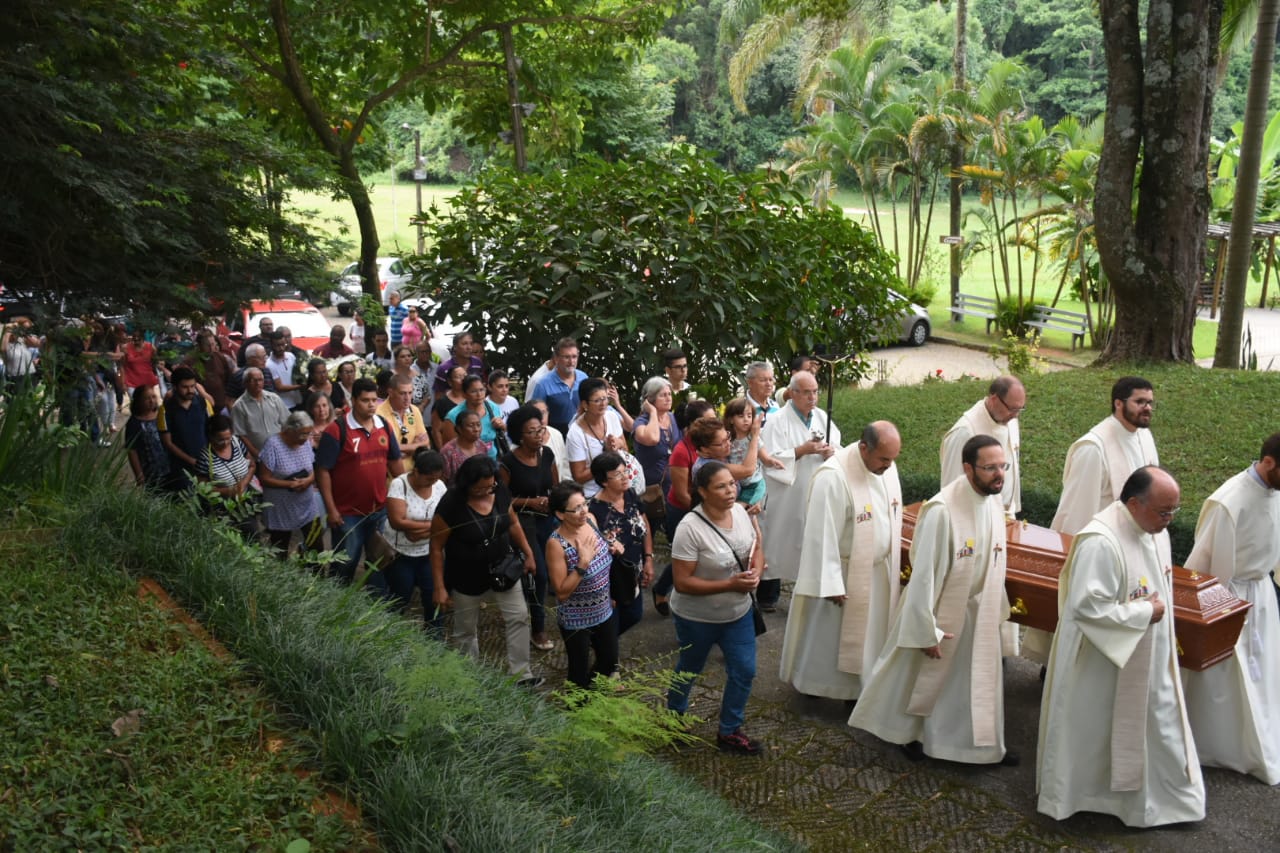 He was born on 7 June 1930 in Pflauheim, Bavaria in Germany. He was the second son of a family of 11 brothers and sisters.

In 1947, he attended retreats by Fr. Rummel, who worked with the Schoenstatt Youth, and was introduced to the Movement’s spirituality. At the age of 20, Fr. Roberto decided to enter the Pallottine novitiate in the southern German province and his novice course ideal was: “Lumen Christi in manu Mariae” (Light of Christ in the hands of Mary).

In 1953, Fr. Roberto entered the major seminary in Schoenstatt, Germany. On 10 July 1954, he arrived in Brazil as a Pallottine seminarian. He passed through São Paulo and his first stop was Jacarezinho, in Paraná, where he began his Portuguese studies, his new language. He was part of the “Maria Stieg” (Mary’s victory) group and the great ideal that motivated them was: “In Schoenstatt and Pallotti we believe and we will never lose its union.” This group of seminarians, which had members from Brazil, Argentina, and Germany, sealed their covenant of love with the Blessed Mother and in that same year, he was ordained a deacon in Porto Alegre, RS.

Fr. Roberto received his priestly ordination on 15 July 1956 in Londrina, Paraná, and soon after returned to Germany for his first Masses and holidays in his home country. He returned to Brazil in April 1957 and his first job as a priest took him to several places throughout Paraná, where he remained for several years. In June 1966, together with other priests, Fr. Roberto moved to Jaraguá, in São Paulo, to the parish house ceded to them by Bishop Agnello Rossi. At the end of September 1966, Fr. Roberto met Fr. Joseph Kentenich in Germany and Fr. Kentenich promised to help him in his mission to raise funds for a future Schoenstatt shrine in Jaraguá and invited him to seal a commitment to form a New Community (the community of the Schoenstatt Fathers, which happened on 18 October 1966).

At the time Fr. Roberto was God’s great instrument in building the future Schoenstatt Shrine in Jaraguá and the retreat house that the Fathers ran in the same neighbourhood.

He was parish priest of Our Lady of the Immaculate Conception parish in Jaraguá for a year in 1972, while at the same time, promoting the pilgrim movement at the Jaraguá shrine. He was parish priest in Mairiporã for 12 years and brought the Pilgrim Mother image to different places of the Mairiporã region.

From 1987 onwards, he began working with the Catholic charismatic renovation and other movements in the Church, and for several years, carried this task out with dedication and energy. During these years, he also helped recovering drug addicts and was the chaplain for Santa Casa de Misericordia [originally a Portuguese charity founded on the value of mercy] in Ouro Preto, Mariana Archdiocese, Minas Gerais.

Fr. Roberto was God’s instrument in erecting chapels, helping to build parishes and communities and working on various social projects. He founded “Lírios do Campo” [Lilies of the Field], an evangelisation centre for recovering drug addicts in Ouro Preto, MG. Fr. Roberto always had a special affection to the most disadvantaged and suffering members of society and had a great love for the Shrine.

Almost until the end of his life, he remained connected to the Schoenstatt Shrine in Jaraguá in São Paulo, and in the year that the shrine that Fr. Roberto helped to build celebrates its 50th jubilee, he returns to the Father, having lived a missionary and priestly life. 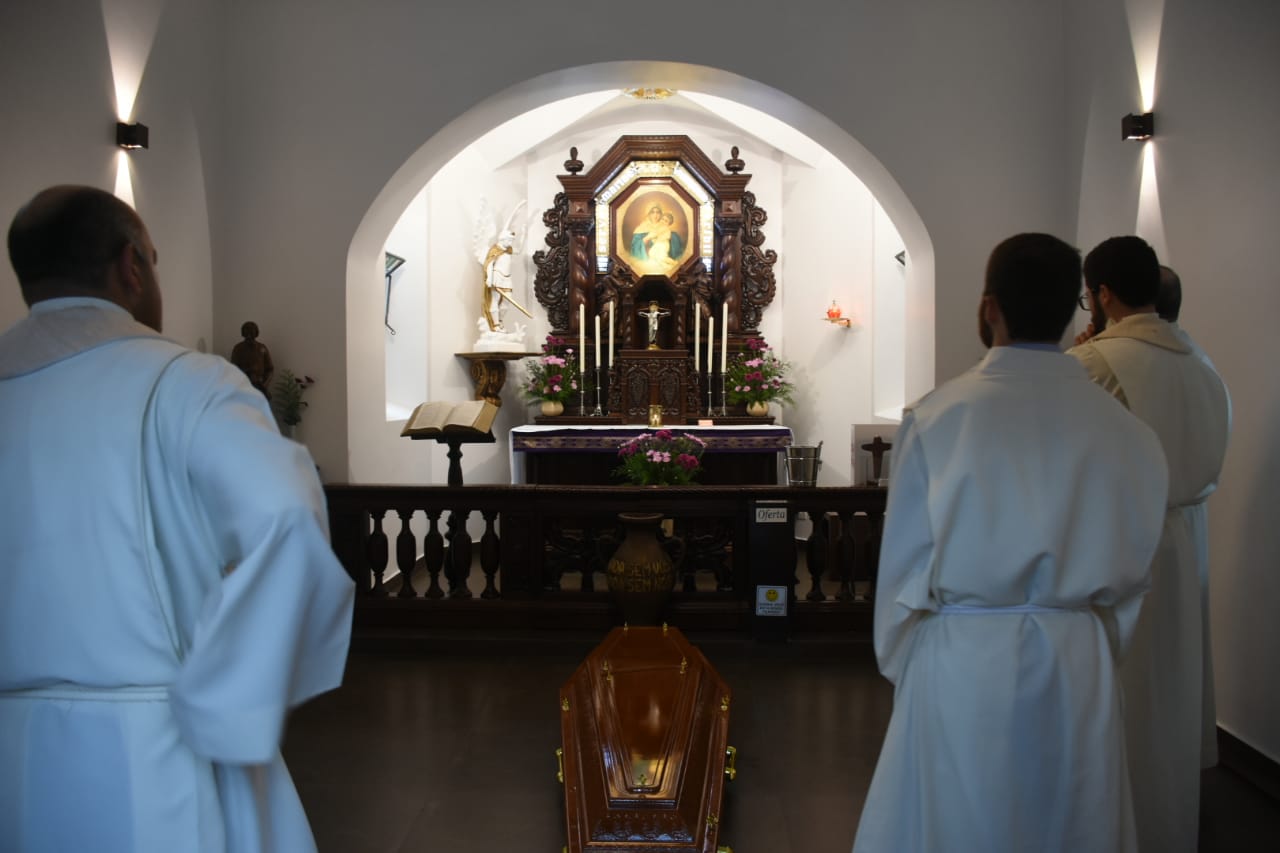