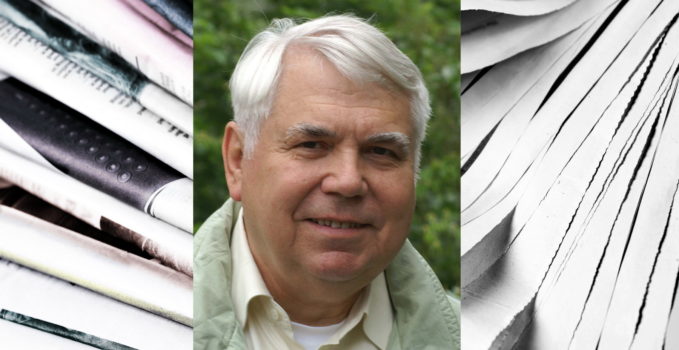 On the death of Dr Hans-Dieter M. Czarkowski, Maria Fischer •

Right at the end the press officer and journalist once again got a really great press coverage: Adveniat dedicated a press release to him, Dom Radio Köln and Rhein-Zeitung reported: On 16 July, the Feast of “Our Lady of Mount Carmel”, and the anniversary of the foundation of the Institute of Schoenstatt Brothers of Mary, Dr Hans Czarkowsi died at the age of 76.—

His objectives and initiatives were many and varied – Ernest M. Kanzler’s obituary gives some insight into them. As the editors of schoenstatt.org we have known his as a committed contributor of articles. It was not always possible to publish his contributions, but we had some wonderful and intense conversations with him. Not so long ago we experienced how he brought his weight as an experienced international journalist into play in Schoenstatt’s media landscape that was plagued by fear of too much novelty, too much freedom and too much diversity – on behalf of greater professionalism, more questions about the needs of the public, more initiative and more courage.

And great that someone placed his picture in the Original Shrine. Who has lived for Schoenstatt, deserves to be remembered at this place.

Official Obituary of Ernest M. Kanzler, Superior General of the Institute of Schoenstatt Brothers of Mary 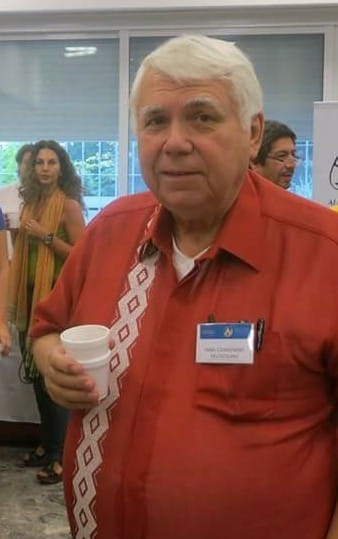 the Triune God called our confrere

at the age of 76 home to his eternal glory.

Hans M. Czarkowski was born in Magdeburg on 29 September 1941, the eldest of three sons of Johann and Edith Czarkowski. On 26 October he was baptised and given the name Hans-Dieter, and on 10 October 1952 he was confirmed in Gelsenkirchen.

In 1943 the family was evacuated to the Harz region. In 1947, for political reasons, they moved to Gelsenkirchen, their father’s hometown, who in the meantime had returned from his POW camp. His father was a machine operator in the coke ovens of the Gelsenkirchen colliery, his mother cared for the family.

Hans-Dieter M. Czarkowski began school in Gelsenkirchen in 1948 and attended the primary and secondary school. At the age of 16 he transferred “in keeping with his inclinations”, as he wrote about himself, to a secondary school that specialised in the natural sciences. At the same time he came into contact with the Schoenstatt Youth, became a leader and was enthusiastic about Joseph Engling. He was actively engaged in the Cambrai pilgrimages[1] and the start of the Cambrai current.[2]

After his “Abitur” Hans-Dieter M. Czarkowski entered the Schoenstatt Institute of Brothers of Mary. After his novitiate he read psychology at the University of Münster and graduated in 1970. In the framework of his doctoral studies in psychology under Professor Revers in Salzburg, he took an intense interest in philosophy and pastoral theology. His doctoral thesis on Fr Joseph Kentenich’s teachings on psychology were published in 1973 by Patris-Verlag, Schoenstatt, as Psychologie als Organismuslehre – Psychology as a teaching on the organism.

As leader of the International Catholic Mission Work MISSIO in Aachen, Monsignor Wilhelm Wissing engaged the services of the young doctor of psychology from the Schoenstatt Movement. As the assistant to Msgr Wissing, Dr. Czarkowski travelled to Asia, Africa, Australia and Rome. A strong relationship of trust developed between the two men, and Msgr Wissing became a fatherly friend to Dr Czarkowski.

From 1983-1987 Dr Czarkowski was the press officer of the Central Committee of German Catholics (Zdk). In 1987 he took over as head of the press office and public relations work of the episcopal project, ADVENIAT. From 2003 he was self-employed.

From the time of his joining the Schoenstatt Institute of Brothers of Mary Hans-Dieter M. Czarkowski began learning Spanish, not least in order to get better access to Mario Hiriart, the young Chilean engineer and Brother of Mary. Against the background of his experiences with MISSIO and ADVENIAT, and his involvement with Mario Hiriart in a large number of psychological studies, he held many talks on psychological subjects and on the founder of the Schoenstatt Movement.

The mission of men for the Church and world was a subject close to Dr Czarkowski’s heart. This found expression again and again in discussions, talks and his involvement with the organisations of Secular Institutes on an international level and in Latin America.

When he met Schoenstatt’s founder on the eve of the latter’s death, he witnessed the founder’s affirmation of the project Kreuzberg[3] in Bonn, to the completion of which he made a decisive contribution.

We experienced how Hans-Dieter M. Czarkowski was torn between his urge for freedom and his need for a community. He greatly enriched our community through his reflections, his talks and his work for Mario Hiriart. Sometimes during confidential conversations in a small group we caught a glimpse of his great childlikeness and intimacy with the Blessed Mother.

His course ideal, Filius fidelitatis (faithful son), became the guiding principle of his penetration into Fr Kentenich’s way of thinking, and his commitment to the mission of the laity in the world and universal Church as he envisaged it.

From 2016 we often experienced the consequences of his advancing dementia. On 28 September 2017 he suffered a fall that led to a major brain haemorrhage from which he never recovered.

[1] Community trips to Northern France near Cambrai where Joseph Engling, one of the founder generation of Schoenstatt, fell in battle on 4 October 1918.

[2] “Cambrai” stood for a spiritual current aimed at encountering Joseph Engling’s life at that spot.

[3] The construction of a Schoenstatt shrine on the Kreuzberg property in Bonn, which was a popular pilgrimage place with a copy of the Holy Steps. At that time Bonn was the capital of the Federal Republic of Germany, which led to the idea of a “shrine for diplomats”. Today there is an international language institute directed by the Schoenstatt Brothers of Mary next to the Kreuzberg shrine, which was dedicated in 1986. 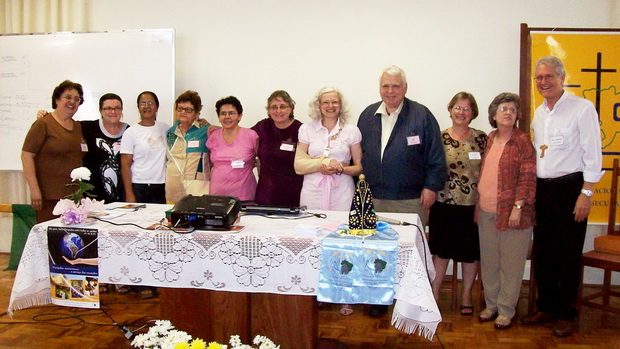