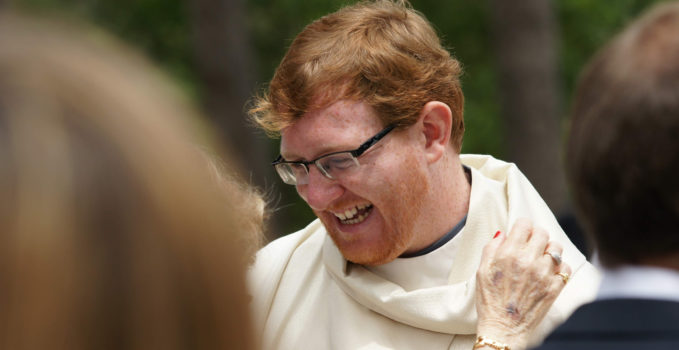 Fr. Eduard’s ordination: A fruit of love from the Valloreix Shrine

“Lord, you know everything; you know that I love you.” (Jn. 21:17) It was with a joyful and grateful heart that we approached the Valldoreix shrine, in Barcelona, on June 2nd. This same shrine that was blessed a little more than twenty years ago and ten years ago, saw Eduard Forcada depart for the novitiate now welcomes him again.—

“You know that I love you” 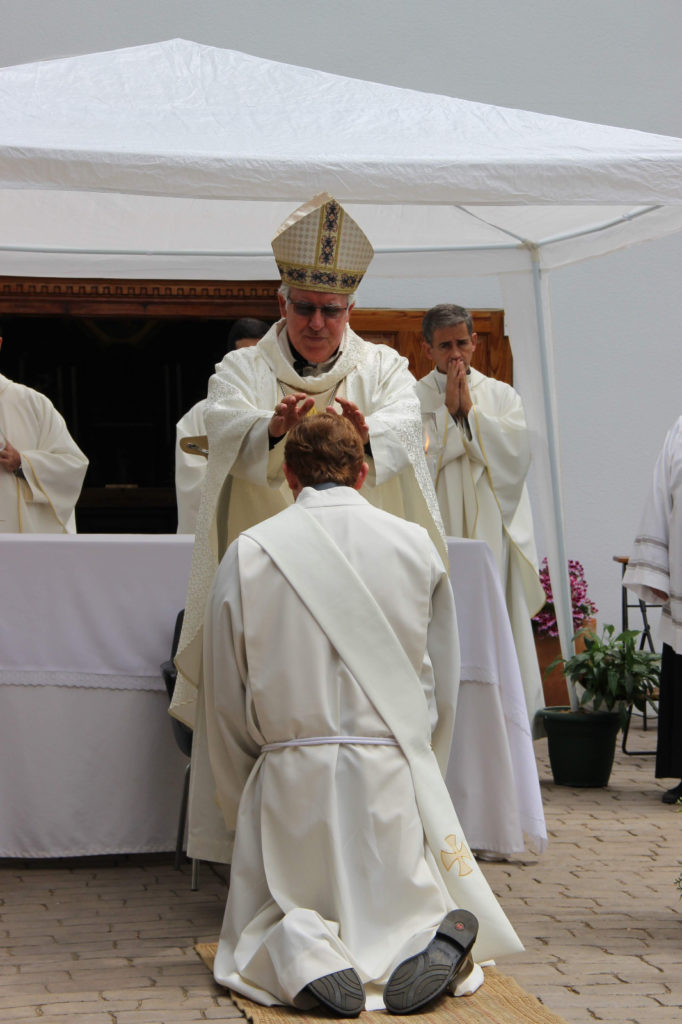 The affection of the entire Forcada family, the Catalan Schoenstatt Family, and the Sisters of Mary was felt in every detail that preceded the ceremony, and that made all those arriving feel at home.

The Schoenstatt Fathers also came from different parts, and they joined the diocesan priests and Bishop José Ángel, who celebrated the ordination.

Eduard chose Peter’s words in the encounter with the risen Jesus as the motto for his ordination: “Lord, you know everything; you know that I love you.” In the homily, we heard the test of love that Peter answered three times, allowing him to trust Jesus and follow him with everything he has including his weakness.

Addressing Eduard, the bishop stressed that we live in forceful, disconcerting, and strenuous times, and that in the Eucharist, we find the nourishment needed to continue walking.

The invitation to seek strength in this sacrament was especially strong for Eduard, who was ordained minutes later and he joined the other priests at the altar, extending his hand in the consecration of the bread and wine for the first time.

Literally in the shadow of the shrine, the bishop did not forget Mary, who in the Covenant of Love experience will be the hope and path of Eduard’s priesthood.

After the ordination, we could share in the total joy of the Catalonian Family’s first Schoenstatt Father. We heard some anecdotes from his time in the youth, his family, and of his (Filii Reginae) course.

We shared some songs, and we prepared to witness his first Mass the following day. 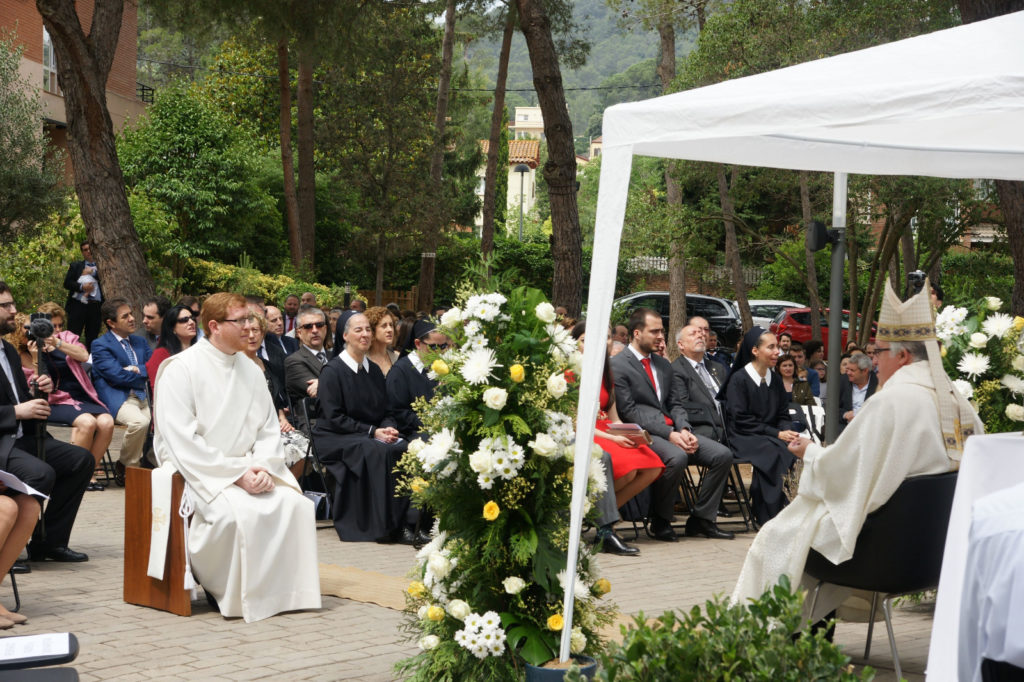 Sunday was rainy; Fr. Eduard began his first Mass amongst the set up tents and umbrellas. Some commented later that they could not believe that the boy, who was an altar boy only twenty years ago during the blessing of the shrine, now was celebrating the Eucharist. “God dreamed of you here celebrating this Eucharist,” Fr. Agustín told him in the homily. An enormous “thank you” reverberates in hearts for the miracle of having another Sion priest. It is God who awakens that gratitude in us— a gratitude that notices what is small and asks us also to trust in his call. Eduard’s road confirms it. It was impressive to hear how he felt called little more than ten years ago in the small wayside shrine to the Valdoreix shrine, and how he gave his yes. The school of love that has been his home, the Schoenstatt Family, and the training throughout these ten years touched us all.

By Mary’s hand, now a priest

To love is to go out, it enlarges the heart, and these days showed us how God was faithful to the call of love he made to Eduard. They were days that committed us to pray for vocations, and in a special way, for the road Fr. Eduard has begun as a priest and had already been traveling by Mary’s hand since childhood.

The final words of the homily continue to echo in our interiors, and I believe, also in Fr. Eduard’s heart: “Trust in who you are. God has molded you with all that you are. Today it is your body; it is your blood given for everyone. That is what a priest is. God counts on all that you have, he takes into account your frailty. May you be able to tell Christ everyday: “You know that I love you.” 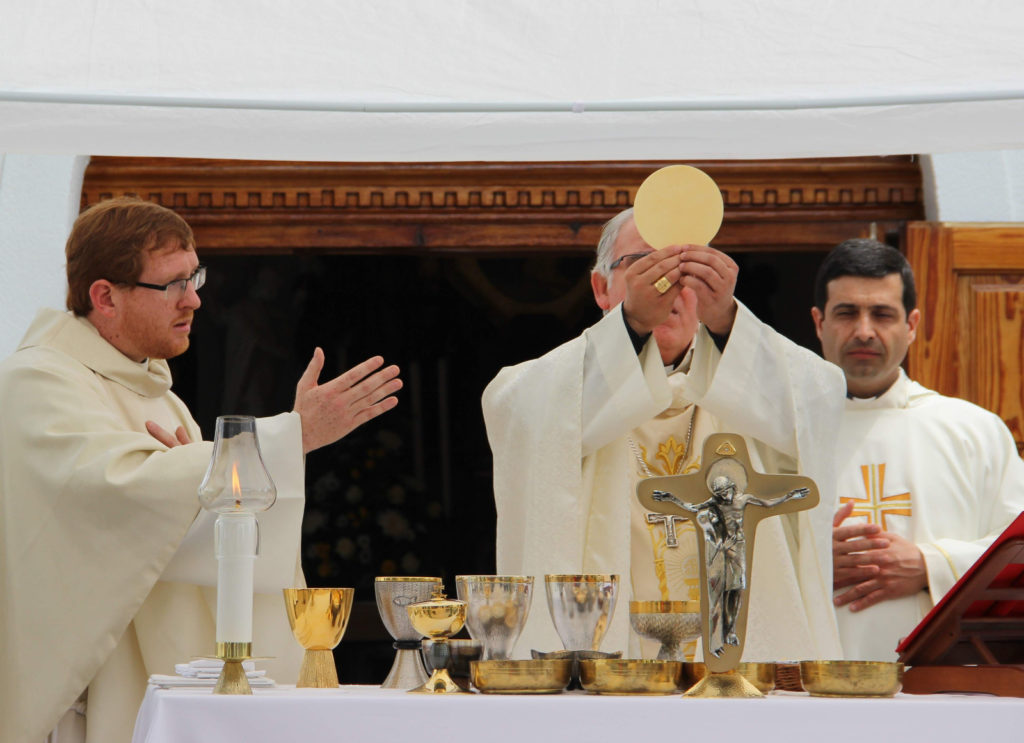 Connecting Schoenstatters
Of course, Spain and Portugal are present. The first comments were seen as the live transmission began.

Schoenstatt Fathers and seminarians from Chile, and the United States appear…Minute by minute the family grows around this first Catalan Schoenstatt Father. “Blessings, Fr. Eduard Forcada, from the Schoenstatt Shrine of Los Pinos in Viña del Mar, Chile, we are praying for you,” a couple from Los Pinos, Chile wrote.

There were comments, greetings, and congratulations from Brazil, Germany, Portugal, Spain, the United States, and Paraguay… “I remember him from the Cruzada de los Andes (The Andes Crusade)” José Argüello from Paraguay commented, and a woman from Puente Alto in Chile, where the seminarians of the Schoenstatt Fathers carry out a social project, commented after the transmission: “I still remember when you came to my home to mission…”

Thank you for giving all of Schoenstatt this moment of solidarity and shared joy.

VIDEO – Recording of the live transmission 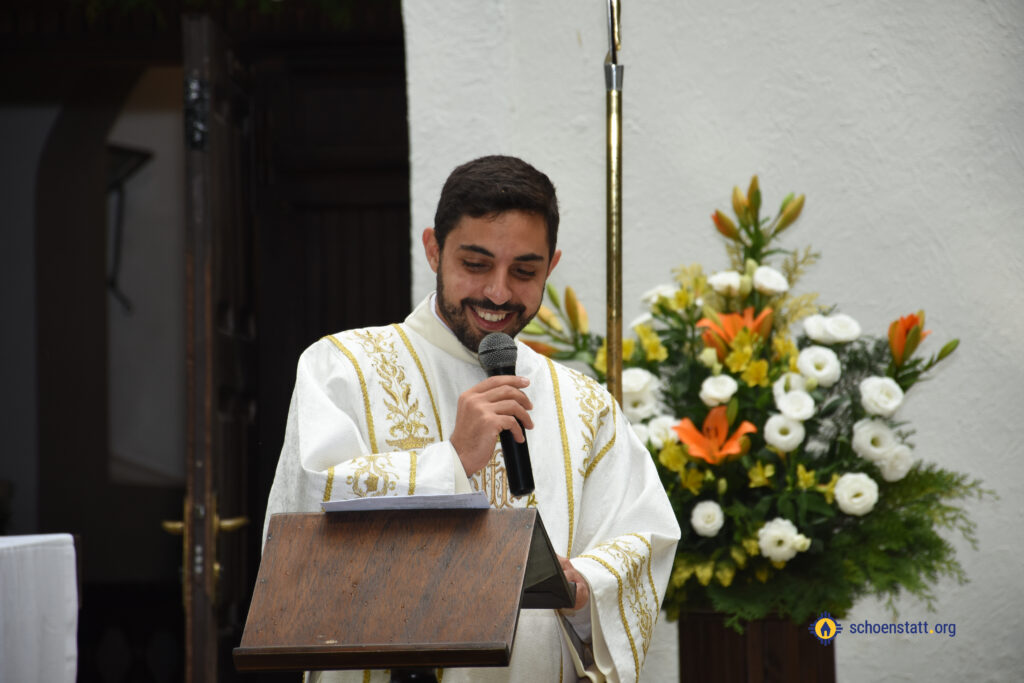