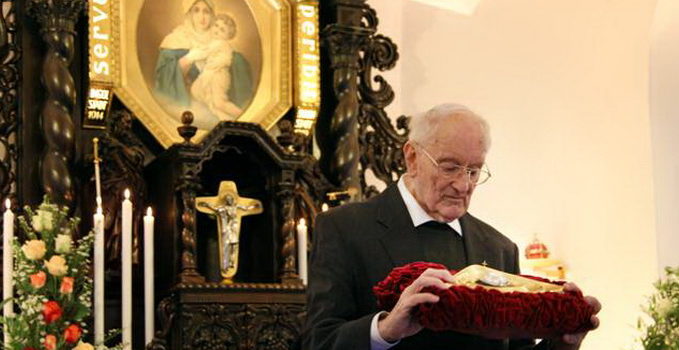 The Guardian Goes Home: Fr Heinz Künster died in the night between All Saints and All Souls 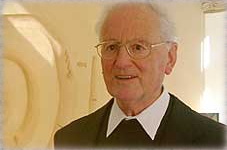 Fr Egon M. Zillekens, Rector, wrote in the evening of All Saints: “From our baptism we stand with one foot in heaven, the saints with both. Here’s a toast that the distance between the first and second step will never be too big!” In the night between All Saints and All Souls Fr Heinz Künster, the guardian of the Father Symbol for the Original Shrine, and, perhaps less well known, also of the “Peregrina del Padre”, the picture of the Pilgrim Mother which Joao Pozzobon gave Fr Kentenich, took the last step. It was a very small one, calm, relaxed. Fr Zillekens had visited him in the afternoon of All Saints. Fr Künster still made some jokes, and took an interest in everything Fr Zillekens told him about the pilgrims from Spain who were in the Marienau, and those from France who would be coming next year, and the closed session of the General Presidium that was taking place at that moment in the house… Now he has gone home to God – very quietly, at the end of the Holy Year of Mercy. He would have celebrated his 92nd birthday on 11 March 2017.

On his 85th birthday in 2010, the Year for Priests, he was asked how it was possible to spend almost six decades surrounded by the needs and suffering of people and still be radiant. He answered: Since his childhood he had been led by the Blessed Mother, and surrounded by many good helpers in the strength of daily Holy Mass, “the encounter with those who each day talked about my and his Father”. In this strength he had been able “to bring about so many good things in the 85 years of my life, and experienced so much, that I can only thank.” 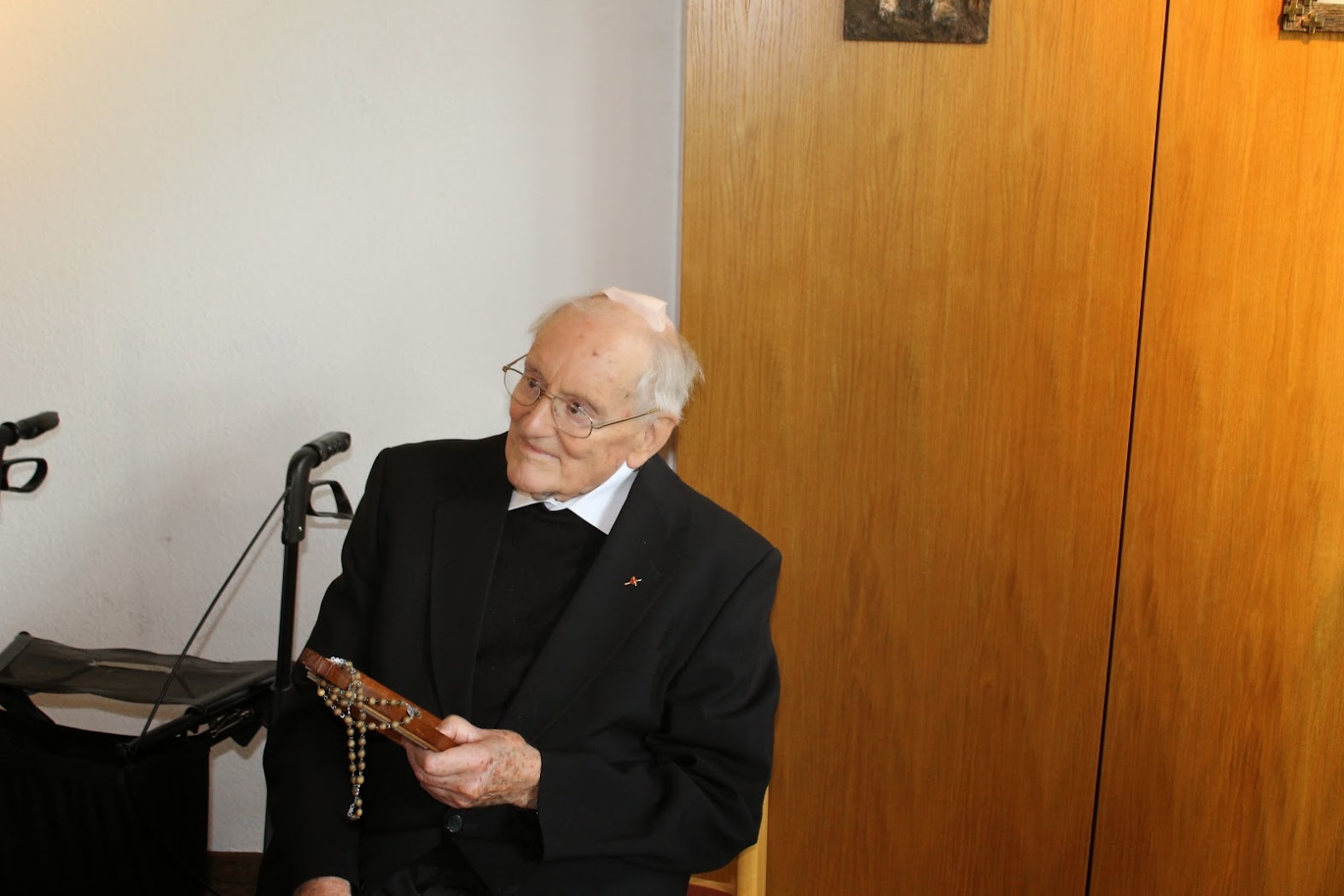 Those who got to know him in the various stages of his life as a priest, and in the many years he spent in the Marienau and the Canaan Patris Shrine, in which he celebrated Holy Mass every day for as long as he possibly could, can only thank with him and for him. When people met him it was a real encounter – never superficial, never hurried, always with a little joke, again and again a pedagogical comment, and never without an inconspicuous yet clear mention of Mary and God the Father. Fr Künster was a child of Mary, Fr Zillekens said at the festive Mass on Fr Künster’s 90th birthday, “and one who was in love with the shrine – the Original Shrine and the Canaan Patris Shrine, the shrine of the Priests’ Federation, where he held daily Adoration and where he told the Blessed Mother when he locked up at night, “Now go to sleep!”

The motto for the year of the Priests’ Federation, Fr Zillekens said at that time, had been inspired by the torch relay. The young man who brought the torch into the Original Shrine in the evening of 17 October after nine days of running, only said, “Here I am!”

This motto applies to Fr Künster.

Here I am Father. A Father in selfless service to another’s life.

Here I am, Father – entirely at your disposal, every day and one day forever. 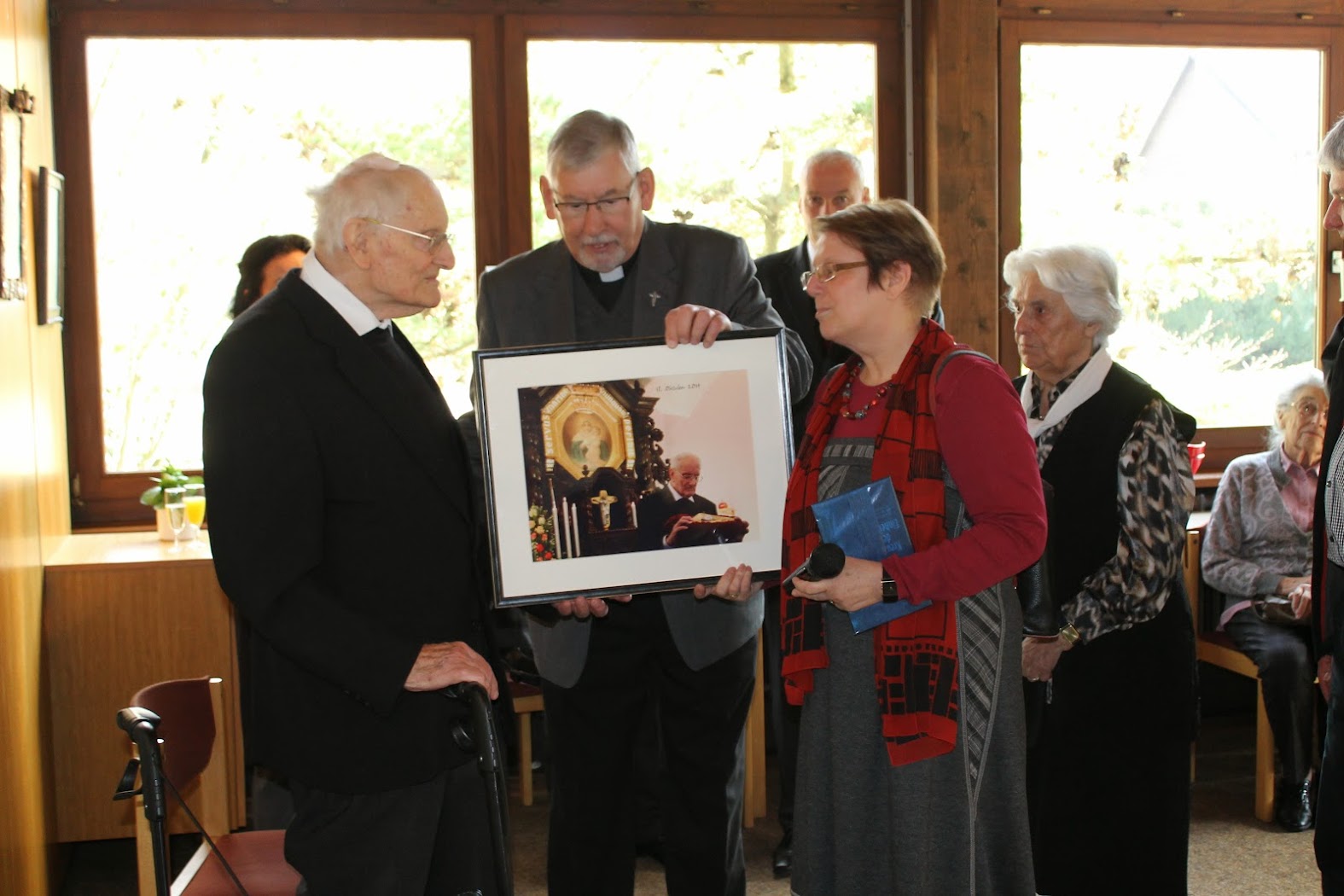 Top Photo: Schoenstatt-TV. on 18 October 2014 in the Original Shrine before the Father Symbol was put up. All the other photos: Maria Fischer