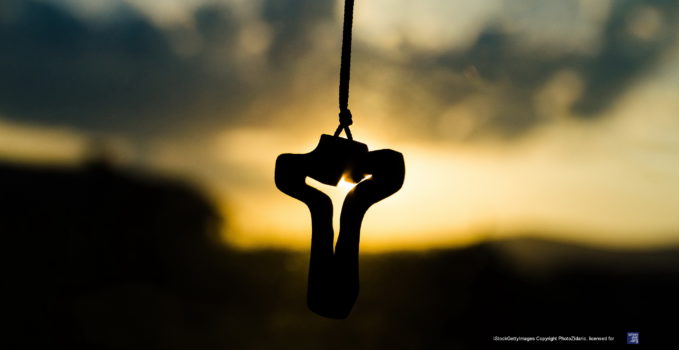 Bellavista: Praying one final Eucharistic Our Father with Jorge Morales 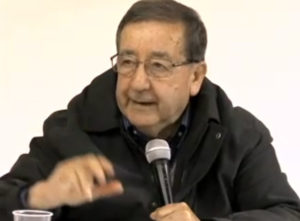 On the Feast of the Holy Name of Mary, September 12, 2016, Jorge Morales’ funeral took place.  He was a distinguished child of Schoenstatt in Bellavista, from the first hour of the mission of this Shrine.  He was one of the co-founders of Schoenstatt in Chile and a group companion of Mario Hiriart.

Jorge Morales Retamal was a lawyer with a specialty in labor rights, an academician at the University of Chile, Director of Labor during the government of Patricio Aylwin, upon the return to democracy, a member of the superior council of the Council of Defense for the State (CDE), cupola integrated by twelve members, all experts in diverse areas, and Advisor to the CDE until the end.

His brother-in-law, Fr. Joaquín Alliende Luco, preached at his funeral in Bellavista using each phrase of the Our Father.

Homily at the Funeral Mass for Jorge Morales

We have chosen the Gospel for this Mass from the Sermon on the Mount from St. Matthew.  The liturgy of the Church chose from this evangelist the words of the Our Father.

The Abba of Jesus, our Father, is the Father of Jorge Morales Retamal… We are hurt by Jorge’s leaving.  But it also makes us pray, makes us adore that Jesus who became our flesh in the womb of the Virgin Mary.  Yes, this pain that we share submerges us deeply into the human heart of the Trinity because “the Word became flesh” and the flesh became Word.  Behold here the only and final synthesis of humanity and the Christian faith!

Father Joseph Kentenich, within his own charism, reminds us that God palpitates and speaks to us from history.  Jorge was a very noble shred of Schoenstatt’s history in Chile.  He was a Chilean; he was a lawyer.  He was the husband of María Luisa and was very patriarchal to his children and grandchildren.  He was also a contemporary of radical changes in the history of the Church, the world, Chile and Colchagua.  He was from Doñihue and Pichilemu.  From Cáhuil and the coast of the inlet Nilahue.  And from the so-called “social Catholicism” of St. Alberto Hurtado and Cardinal Raúl Silva.  He is one of the co-founders of Schoenstatt in Chile, group brother to Mario Hiriart and Fr. Hernán Alessandri.

“Our Father,” Jorge lived as one who was baptized, and because of it, as an earthly man.  Fraternal and patriotic.  Here and now, we want to say with him “Our,” but first exclaim:  “Father, Abba,” which means daddy, but said with the voice of a child in Aramaic.  It is all right to say:  “Abba, Daddy, my father.

Glorified be your Wisdom because Jorge hastened your Kingdom when he fought for Chilean workers, for their labor unions.  When he fought for them and decidedly drew up laws to empower workers and employees after the return to democracy.

Hallowed be your name because the spiritual school of Joseph Kentenich formed his life as a baptized and confirmed person and the Eucharistic presence and matrimony.  Thank you for the holy oil that anointed him against the Devil before the last battle of his fidelity.

“Your Kingdom come,” a kingdom neither heavenly, nor vague nor confused.  Jorge’s kingdom began through María Luisa, and María Luisa, and Paula, and Jorge, and Francisca, and Pilar, and Jimena.  And by the husbands of each one of them and the children and grandchildren, and by his neighbors, and his clients at his law office, and the country folk where the Nilahue crosses, and his Colchagua parish, and his diocese of Santiago, and the Catholic Church of the Popes of our so crucial times.  This is “solidarity of destinies,” as Joseph Kentenich called it.

“Thy will be done on earth as it is in Heaven.”  The voice of Christ became more authoritative at Gethsemane when anxiety crushed his soul and he clamored:  “Father, if you are willing, take this cup away from me; still, not my will but yours be done.” (Lk. 22, Mt. 26, Mk. 14)

Yesterday and today, we have been saying, each one in his own tone of voice: “Thy will be done,” because your will is that we die “in Christ,” to resurrect joyfully in Heaven.  “May your will now be done,” in Jorge’s home going.

“Give us this day our daily bread.”  In the desert, the manna only lasted one working day for the Israelites.  It could not be stored.  It was, strictly, a daily bread.  Thus it is also with the nourishment in each home, because all men live day to day.  Father, nourish us today with your bread.  Give Jorge your heavenly home today.  Give it to him in this Holy Year of Mercy.

“Forgive us our trespasses.”  The offense is, above all else, a break between two persons, between two liberties capable of loving each other and giving affection, or of hating each other.  The sin is a split, it is an offense to the intimate Friend, the just and merciful Father.  Infinite Father, forgive today Jorge’s offenses against your delicate and generous goodness.

“As we forgive those who trespass against us.”  I learned that, sometimes, Jorge felt offended by someone.  I am a witness that he always forgave.  Today Jorge is returning as a prodigal son to your divine Mercy.  Father, embrace him, embrace him strongly!

Many of our contemporaries do not achieve professing faith in Jesus Christ.  Others allow us to be swept away by anxiety and our hope is suffocated.  We, many of his friends, saw Jorge get up in a manly way when he would fall.  We saw him correct himself and implore your goodness…Lord, forgive him now in the power of this Eucharist!

“Deliver us from evil,” from evil and the Evil One.  And now today, in this holy land of the Blessed Mother, wipe away our tears, console us.

“Amen,” it is valid to say yes.  The cross of Christ is the junction of arms open to everyone and to all truth.   It is the vertical of a man standing, facing the horizon.  It is the vertical of Christ resurrected; when that Sunday, he leapt from the sepulcher.  The cross is what is most divine of the universe and history.  It is most intimate and most palpable.  It is the tenderness of the Father for his Son in the resuscitating Holy Spirit.

Jorge was a Christian; he kissed the cross to the end.  He believed and lived in the so-called “Unity Cross,” glorious sign that came forth from this land of Bellavista.  He always saw Jesus with Mary and Mary in Jesus, just as we see them in the Unity Cross.  The chalice between them trembles with divine blood and water, the unique, victorious, eternal spring.

Dear brothers and sisters, we are praying this last Eucharistic Our Father with Jorge in Bellavista.  We are taking seriously a teaching from the priest who consecrated this land to Mary.  This is what he said:  “All of Schoenstatt, its pedagogy, its spirituality…everything, also the Shrine, has been given to us so that we can pray the Our Father well.”  And it is enough for us!

Personally I do not know a more consoling text than the words of a poem written by Joseph Kentenich in the demonic concentration camp of Hitler:  Dachau.  In a few words, it describes the arrival in Heaven of a child of God.  The one speaking is sincere, someone who feels dirty… but comes confident like a weak child.  The Kentenich supplication is this:

“When the Bridegroom calls me to the wedding

And overwhelms me with his love in heaven,

When my Mother leads her child proudly to the Father,

The child who prepared him such joy while on earth –

Then my little ring calls out to all my drives:

“When the Bridegroom calls me to the wedding,” that is, the death of the reconciled child is a wedding feast.

“When the Bridegroom overwhelms me with his love”… then that will be when the Blessed Mother “leads her child proudly to the Father.”  Proudly?  And God, today, is He proud of Jorge?  Yes, he is very proud of his little child, Jorge.

The Schoenstatt’s Founder adds something valid for all people at peace with God… “Proudly lead me to the Father, me, who on earth caused Him so much joy.”

Listen well, Jorge, we remember you today like an old Schoenstatter from Bellavista.  Now, just when you are entering the final home, we can say to you:  Yes, Jorge, Blessed Mother “leads you proudly to the Father.”  Yes, you, her child “who gave her so much joy on earth.”  Yes, Jorge, “the hour of your love has come.”  Amen.