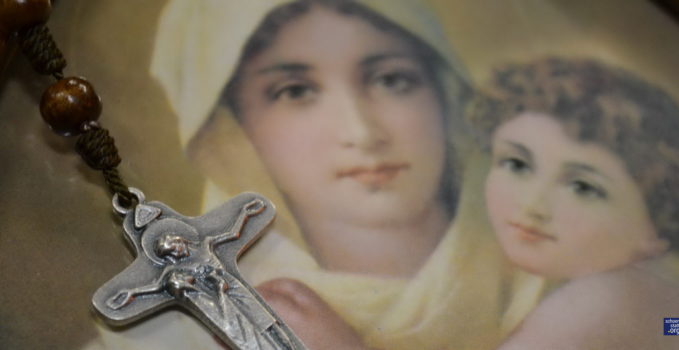 My name is Gilbert Sanabria, I am 26 years old, I am a missionary of the Catholic University Missions, and I am a member of the Vincentian Marian Youth.  I would like to share about the Blessed Mother’s call in my life.

In the year 2014, my family and I experienced many trials.  My father was gravely ill, and as always, we only remembered God in difficult moments.  We began to implore his help with prayer chains to Mary under the title of Mystical Rose.  All that faith and trust in Christ and Mary continued until one day, in the month of May, we were told that my father had to have surgery that implied the risk of the amputation of his leg.  When this happened, all that faith and trust declined, and we began to waver and to lose confidence in Mary.

After this event, my sisters and almost my entire family had an inner rage, a disguised sorrow, and wounded hearts because of this situation we were experiencing.  At that time in 2015, some friends who are catechists in a chapel from my neighborhood invited me to a CAVEVI camp, [Camino, Verdad y Vida– Way, Truth and Life,] a Schoenstatt Movement initiative at the service of the Church: adolescent catechesis between first communion and confirmation.  The camp went very well, so it was beneficial to go to Tupãrenda to express gratitude. 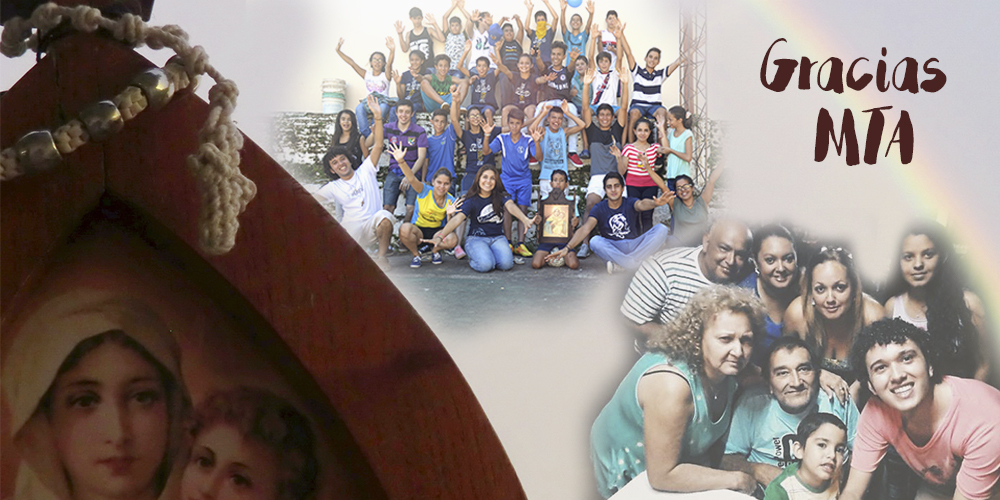 The day the MTA conquered our hearts

I believe that the visit to the Tupãrenda Shrine was the first contact that I had with Mary in a very special way. After that visit, my life completely changed, and after about three months, I began dreaming signs that came from her; at least, that is how I interpreted it.

In the first dream, I seemed to visualize the Shrine from above and suddenly a sweet and beautiful voice repeated MTA (Mother Thrice Admirable) three times and then the dream ended.  After this, I had another dream in which I was in the company of a woman who was dressed completely in white, and she was resplendent.  She carried a basket of white flowers; we were walking toward the Shrine and again the sweet voice repeated MTA three times and the dream ended.

After those two dreams, I began to question myself about certain things.  I told myself that it was just a product of my imagination. I was still reluctant to believe that she called me, but my heart was firm that I had to be faithful to her call.

The following week, it was my grandfather’s birthday, and some neighbors who had recently moved nearby became fond of him, and they gave him a gift with a very special meaning:  a picture of the Blessed Mother. This was a definitive sign for me that I should get close to her, because she was looking for me.  Therefore like in the dream, I traveled to Tupãrenda accompanied by my Mother, and since then our lives have completely changed.  The spark of faith was enkindled and Mary’s maternal love was reborn in our hearts.  Our closeness to her and her son returned.

As a missionary told me:  “How a mother suffers because her children distance themselves from her, she used you as an instrument to conquer your family’s hearts once again.”  And so it was; I was the instrument, but it was her work. Our hearts are now committed to Christ and Mary.  They made a great change in our lives; they removed the blindness that prevented us from seeing the small great works that they gave us day by day.

Now my father enjoys good health, thanks to them, and we continue to persevere in trusting and loving Christ and Mary.

Being an instrument of love

That is also how I became encouraged to be an instrument of Christ’s love taking Mary on the Missions.  I identify with Blessed Mother Teresa’s phrase:  “I am not sure exactly what heaven will be like, but I know that when we die, and it comes time for God to judge us, he will not ask, ‘How many good things have you done in your life?’ Instead he will ask, ‘How much love did you put into what you did?’ ”

This phrase perfectly describes this madness of love that one experiences on the missions, to share some of what one has received with others who do not have it… This small contribution to others reverberates all over the entire world.

We will never know how much joy we can bring to the hearts of others, if we do not try by expressing greetings, offering a smile, giving someone a hug are just some of the thousands other ways to transmit love.

I became encouraged because they changed my life. I encourage those reading this article to be an instrument and bearer of Christ and Mary’s love.