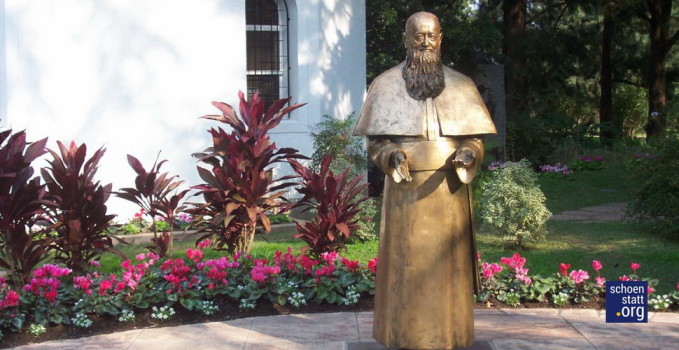 With the joyous smile of a child at Christmas he held out a photo in the flickering light of an open logwood fire. It showed his meeting with the man he has portrayed in bronze for many years. “I don’t just have his photo”, he said reflectively, “I actually met him myself”. It was noticeable how he emphasised the word “met”, and you realised he was relating more than a fleeting encounter. 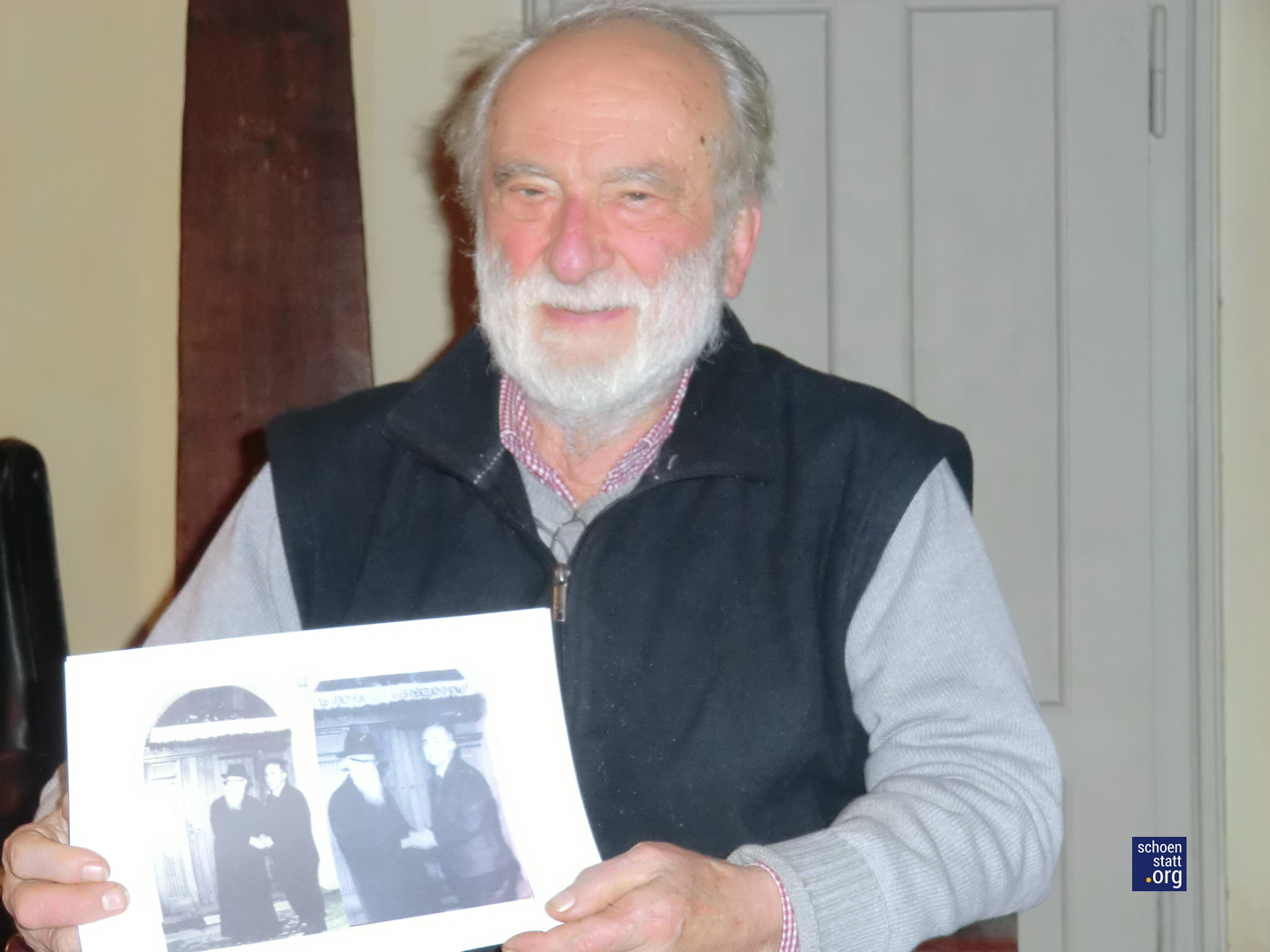 It was late afternoon in Spring and the end of a long and intensive conversation in the Engelsdorf castle, somewhere between the generating station at Inden and the shrine at Puffendorf right out in the countryside. Since 1989 the castle has been the studio of the Chilean artist couple Juan and María Jesús Fernández. “We need large rooms for our studio”, Juan explained and added wood to the fire.

The former moated castle was mentioned for the first time in 1080. It was destroyed a number of times and rebuilt. You can see from the mighty walls and the moat, which gets its water from the Merzbach, that this castle was strongly fortified in the past. It was the ancestral castle of the Lords of Engelsdorf. While my thoughts strayed back to the Middle Ages, Juan Fernández repeated, “I met him myself.” 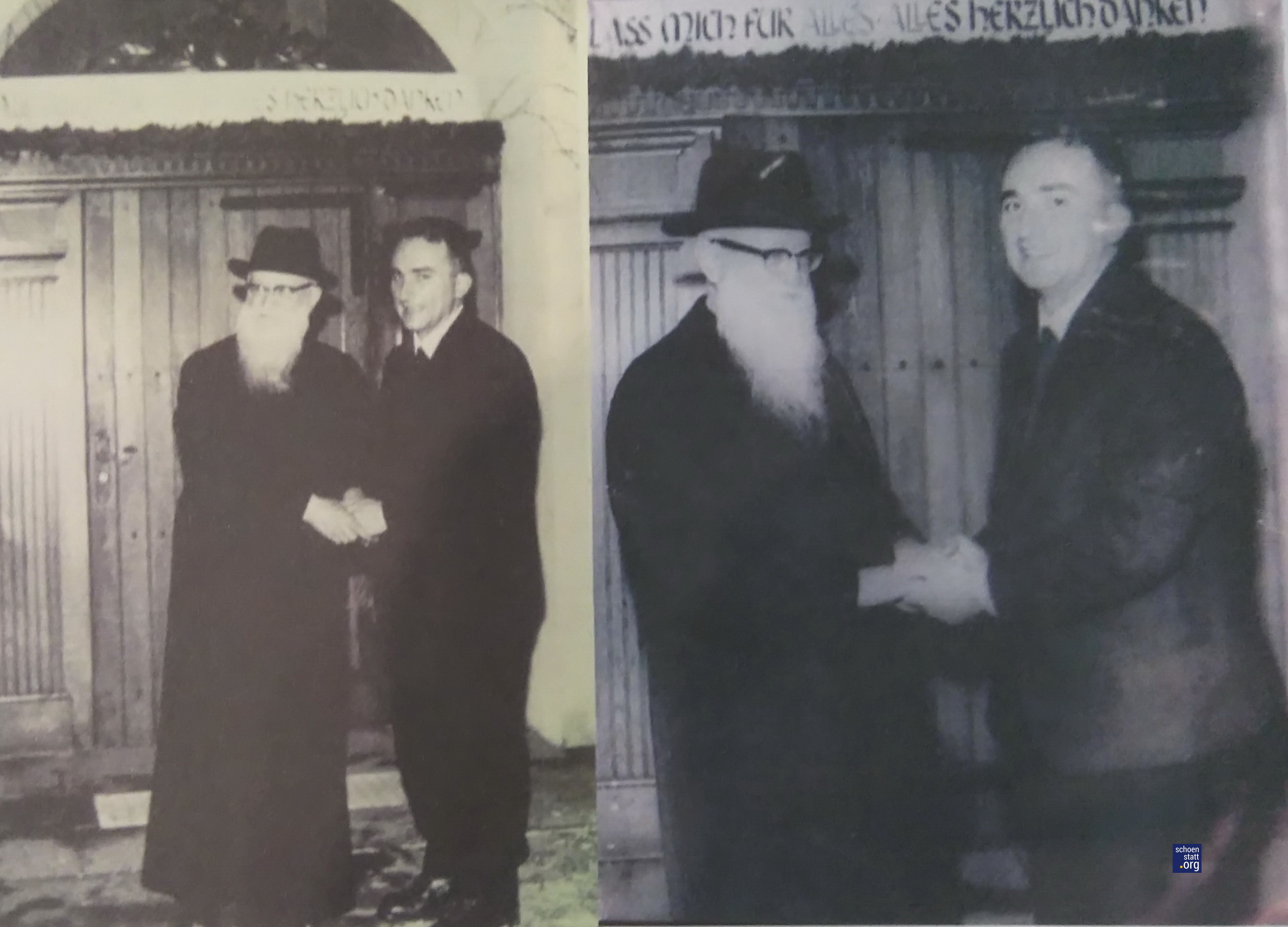 People must see him

His first statue of Fr Kentenich – Juan always calls it a portrait – was created in 1985 for the hundredth birthday of the founder of the Schoenstatt Movement. This statue stands today in the foyer of the Father House on Mount Sion. Other statues found their way to Bellavista, Chile, Nueva Helvecia in Uruguay, and the Father Shrine in Florencio Varela, Argentina. I told him how the Argentinian Schoenstatt Family had worked for this statue in 2002 for the Golden Jubilee of their shrine. Thousands of people wrote their names on little cards, which were placed in the foundations of the plinth, as a sign of their covenant of love with Fr Kentenich. Juan did not know this and was visibly touched. What matters is to meet him, he said. This brought him back to his own meeting with Fr Kentenich. At the time he was a student of the Schoenstatt Fathers in Munster.

Today there are many statues at the shrines, he remarked, and that is a good thing, because “our father has to be seen”. However, these statues have to be beautiful, faithful to the original and dignified. 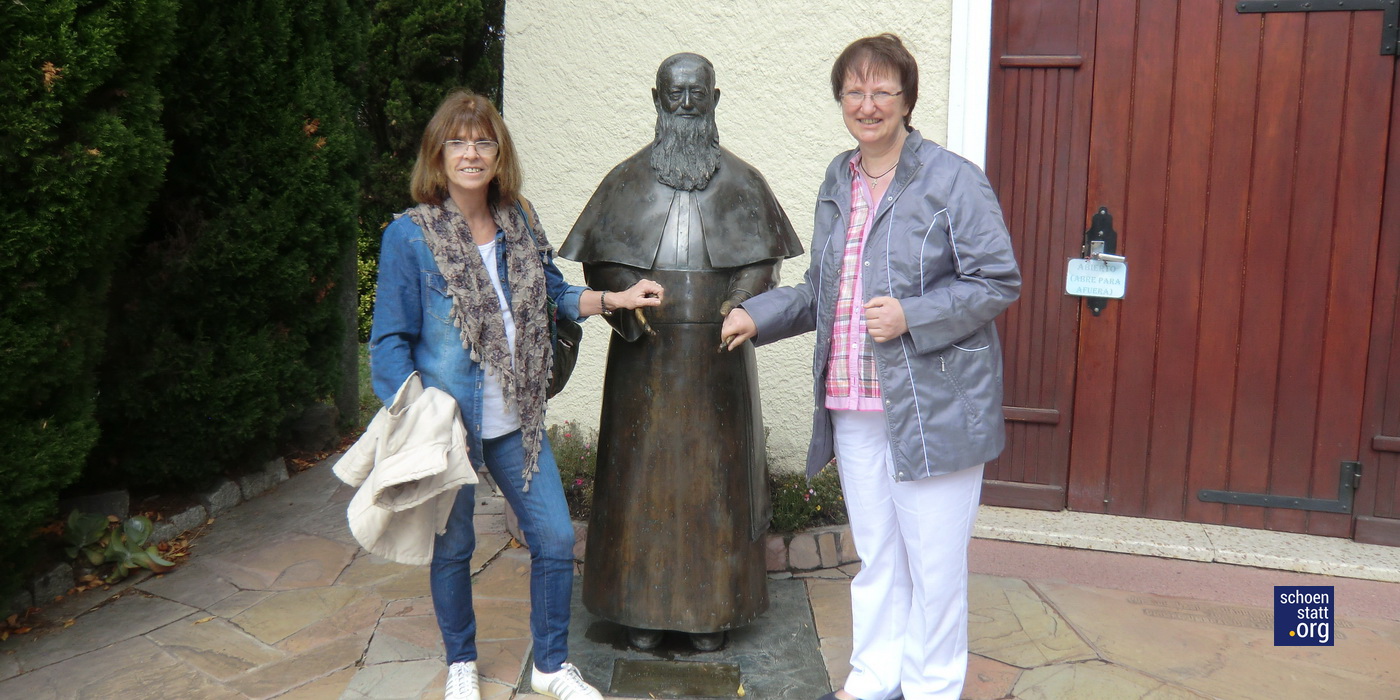 Juan has found a possibility to offer the statues as a greatly reduced price, almost half the price to the earlier statues, he said. He wants to make this offer known worldwide through schoenstatt.org. What matters is that people meet our Father and Founder, “especially if they haven’t met him themselves.”

He is thinking about immortalising other gestures of our father in the statues. For example, giving a blessing. Our father with extended hands is adapted from the well-known photo of Fr Kentenich taken in 1968 that shows him in his vestments with a reverent and expectant gesture of welcome. “You can take his hand, but he doesn’t force you to do it.”

One of our collaborators dreams of having a small statue of Fr Kentenich in her home shrine, just as it is possible to get small statues of Pope Francis and many saints. I mentioned this to Juan. He paused and reflected. “So far I haven’t made any small statues of our father. Would it be meaningful? You would have to work very delicately …”

A matter close to his heart 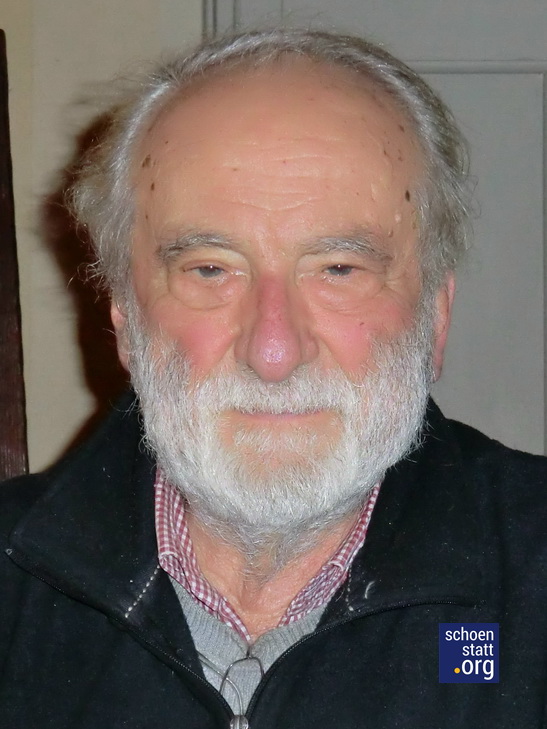 We had talked so much about Fr Kentenich and Juan’s meetings with him that it was growing too dark to still visit his studio. We had hardly talked about his other creations. His portraits of Fr Kentenich are a matter close to his heart and his life’s work, he said. There’s no doubt about that. That is why, as I took leave, he emphasised his offer of statues at a greatly reduced price. “In Ecuador and Paraguay they asked me years ago, but at the time it was too expensive…”

Now there is a catalogue in a number of languages (see below) with prices, various designs, freight costs and contact details.

“For all you gifts accept our thanks, dear Mother …” was written on the door of the shrine in the two photos of the meeting between Fr Kentenich and Juan Fernández. There is every reason to be grateful that portrayals of Fr Kentenich are available so that it is possible to meet him. You can take his hand. He is waiting until you are ready to do so. And if more people meet him, his hand is quite warm. 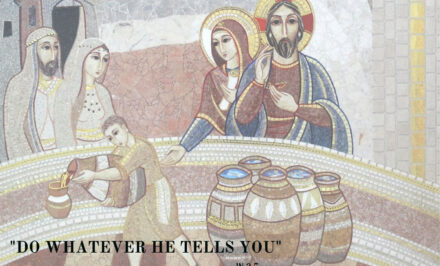