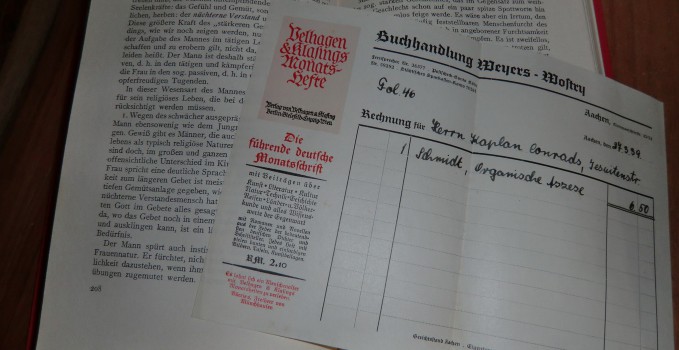 A Short Story … About an Ancient Invoice

A neatly handwritten invoice from the year 1939. It is written on yellowed, fragile paper, just like the yellowed pages of the book I am holding and that once belonged to Assistant Priest Conrads from Aachen.

Its title “Organic Ascetiscm”, a standard work of the early Schoenstatt Movement, one of the first systematic presentations on Schoenstatt’s pedagogy that until the 1950s was to be found in almost every library of a Schoenstatter who wanted to understand Fr Kentenich and live his teaching. However, I didn’t have a copy. My late father (who naturally had a copy in his library) and other Schoenstatters of his generation had talked about it so often. Then one evening I looked for it in Amazon and found it! 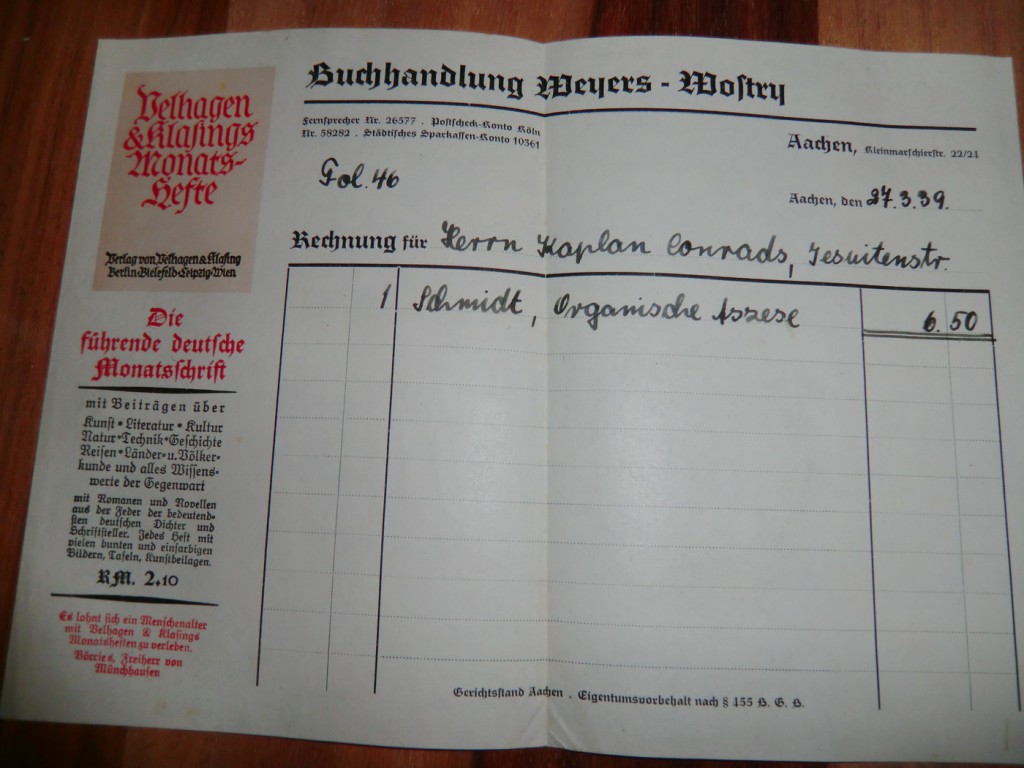 Who was Fr Conrads, who bought this copy of “Organic Asceticsm” in the Meyers-Wostry Bookshop in Aachen for 6,50 Reichsmark? He also wrote four pages in pencil on what he had learnt about “the natural starting points for religion in man and woman” and placed them in this book along with the invoice. Was he a Schoenstatt priest? Someone who had got to know about Schoenstatt from the retreats for priests?

Over 75 years later I am leafing through this book that belonged to him. “To network Schoenstatters” was how we described our task in schoenstatt.org. Schoenstatt doesn’t exist, there are only Schoenstatters. And I am now networking with one of them and a covenant history that probably no one knows – only a book and some yellowing pages bear witness to it, yet they are part of our Schoenstatt.

Perhaps I am living because of a contribution to the capital of grace made by Fr Conrads seventy-five years ago, the same year that my father got to know Schoenstatt. 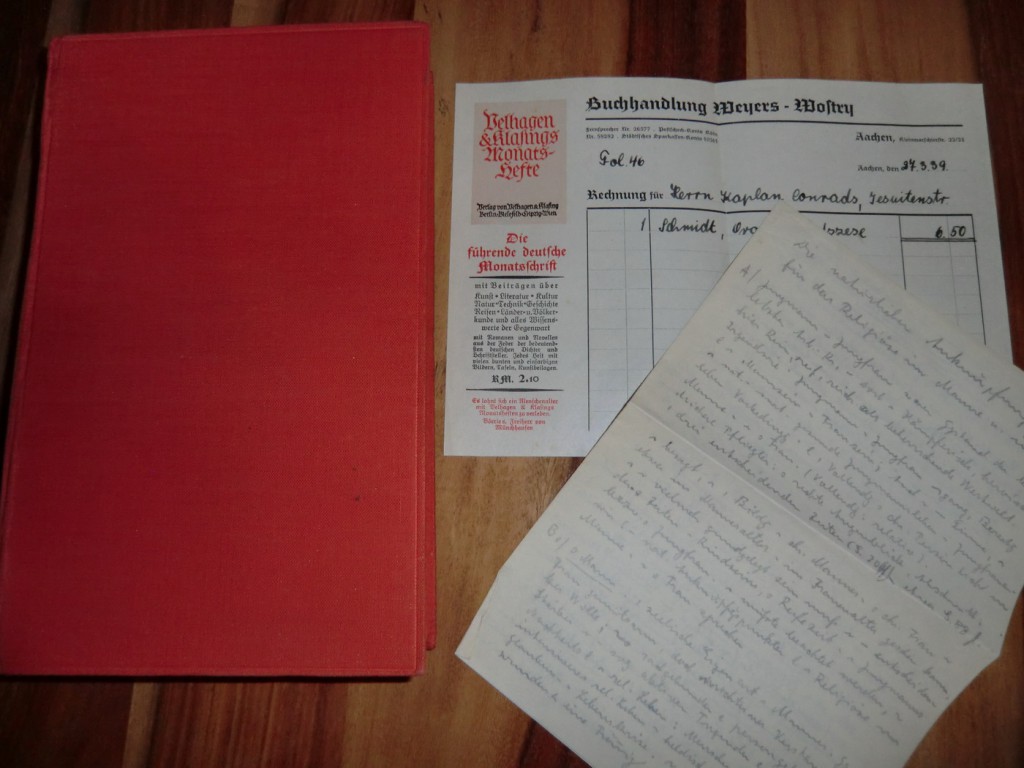