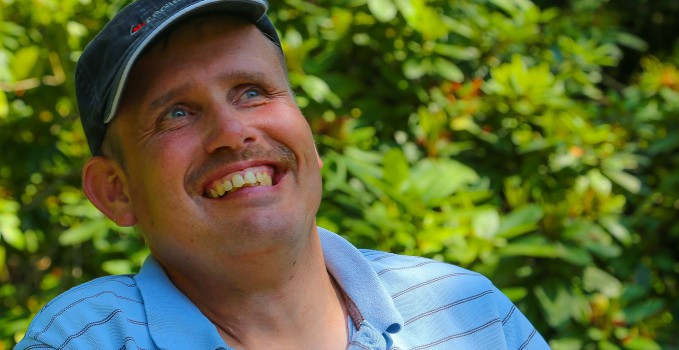 The birth of their first child 42 years ago changed the entire life of Mr & Mrs V, who are members of the Schoenstatt Family Movement in Germany, and it took a completely different route what they had hoped for. Their son Martin was born with a malformation of the spine and suffers a form of mental disability. His father has written about their everyday life as a family, which until today has repeatedly demanded decisions and tested their trust in God •

There are events in our lives that challenge us and change everything. When these often painful things happen, we ask ourselves: Why now? Why me? Why us?

The doctor’s words struck me at that time like a hammer, “Your son will never be able to walk. He is paraplegic with all its consequences. Part of his spine has not closed. We call this ‘Spina bifida’. We have closed the open part of his back, but in order to drain the cerebrospinal fluid we will have to fit a special pump at a later stage.” We were shocked, bewildered, helpless and dreadfully sad. The questions arose: Why just us? Why do others get healthy children? We listened to the cries of the newborn infants on the ward, and it hurt us terribly, especially my wife.

In the days that followed we tried to encourage each other: Together we can manage it. We are strong, our love makes us strong. Soon the idea arose: Perhaps God has been looking for people to whom he could entrust this child, and he chose us.

Taking nothing for granted

God had entered our lives in very concrete ways. What he asked of us was a challenge, but we wanted to accept it. Our son was to receive all the love he would need to be happy.

First of all, our son’s health stabilised. After Martin was discharged from the clinic, he was baptised on his name day. Time and again there were critical moments and his life hung by a thread. In addition to his physical disability, his mental development was disturbed and he had epilepsy. Again and again we experienced our helplessness and powerlessness.

At this point at the very latest our faith became our greatest support. We began to pray together and for each other, also as a couple. Even in almost desperate situations things could take a sudden and unexpected turn. For us even the smallest positive steps in our son’s development became a sign from God, because we couldn’t take anything for granted any more. Our trust in God’s guidance grew. We were simply grateful and continued hoping. There were people who listened to us, and they said they would pray for us. This encouraged us and gave us strength.

We were able to buy a spacious and accessible house that exactly met our needs. Martin’s grandparents also moved into their own apartment in this house. We hadn’t planned it that way originally, but as time went on it showed that it was a great help. We could entrust Martin to them and do things for ourselves. My parents also helped my wife with the many journeys to see doctors and therapists.

When Martin joined a Kindergarten for disabled children, life at home became simpler. The idea arose that he shouldn’t remain an only child. Our paediatrician encouraged us and pointed out that such a deformity was seldom repeated. So in the time that followed we had three more children, and we were able to savour the wonderful feelings connected with the birth of a healthy child. The question we were most often asked in this connection was: Aren’t you worried? Yes, we were afraid with each further pregnancy. Yet the trust that we would be given the help we needed was stronger, and enabled us to overcome these fears and worries.

Our special everyday life in our family

Besides caring for and educating healthy children, we still had to care for and nurse our son who was gradually becoming bigger and heavier. We couldn’t think of resting and relaxing. We were challenged, and often overwhelmed. Today Martin still lives in his own world. As a result of his mental handicap he cannot respond quickly to changes, even if these were to see to his physical needs when he was playing. Then he often reacted aggressively and needed some time to calm down again. We also experienced it as a constraint that we were not always able to do something together as a family. In order to do justice to all the children, we parents often had to do things separately. One of us took over the three girls, the other looked after Martin.

We used all the help that was offered. In the holidays we looked for accommodation that enabled us to take Martin along. Our other children tell us today that despite everything they had a happy and carefree childhood. Of course they noticed that in our family things often were different from “normal” families, but it didn’t disturb them. For them Martin will always be their big brother. When our daughters were able to take over responsibility, they pushed Martin into town to have an ice cream, or they went to the cinema with him. They remained calm even when he had an epileptic attack and almost fell out of his wheelchair. We encouraged our children to invite their friends home, so we always had an open house. Our children know that people can also be different, and have learnt how to deal with such differences without reservations.

After he had finished school, no workshop was prepared to take Martin on. However, we realised clearly that we wouldn’t be able to care for our son all day and at the same time do justice to our girls, who in the meantime were all at school. Once we had finally found an institution it wasn’t easy for us. At first we had many reservations and doubts. Would he cope there? Would the care staff be able to cope with him? We found it very difficult to let go, and we had to practice remaining composed while repeatedly trusting that it would work out alright. To hand over Martin to strangers was always a painful process. The many times he had spent in hospital had left him permanently afraid, and still today Martin loves Mama and Papa with true childlike love although he is 42. He was admitted to an institution for the disabled who need nursing care and has coped very well. He enjoys freedoms we could never have given him at home. As often as possible we visit him or take him home for a few days.

Our son is basically a happy person and so everyone loves him. His sisters know how to take him and often think of ways of making him happy.

When we look back, the birth of a special child was a key experience for us. Through Martin God knocked on our door. He invited us to follow him, and we agreed to do so. Today we are convinced that God intervenes. He calls us to be close to him. He wants to change us, he loves us and wants the best for us. We have met many people who accompany us and support us. We have learnt to speak together as a couple and to reflect together on our life. It gives us strength for our everyday lives and helps us to cope better with its cares and burdens, and despite everything to remain a happily married couple. 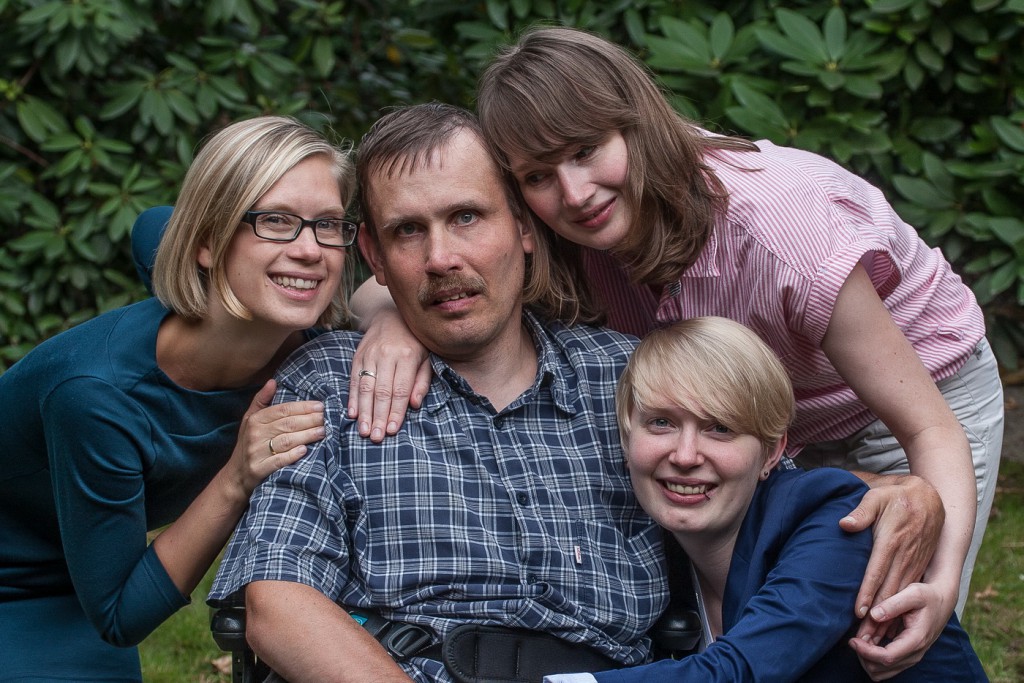