CHILE, www.iglesiadesantiago.cl. Father Hernán Alessandri Morandé was one of the most representative, beloved and admired personalities who passed through the Schoenstatt Movement’s history. He died on December 18, 2007, at the age of 72. His canonization process is ready to begin in the Vatican; it is something that makes the members of the Schoenstatt Movement very happy. This was the reason that the Provincial Superior of the Schoenstatt Fathers, Fr. Mariano Irureta, met with Cardinal Ricardo Ezzati on Thursday, December 18th, at the Archdiocese of Santiago to converse about Father Alessandri’s canonization process. “I wanted to express my appreciation and gratitude to the Cardinal because it is the seventh year since his departure,” Father Irureta commented. 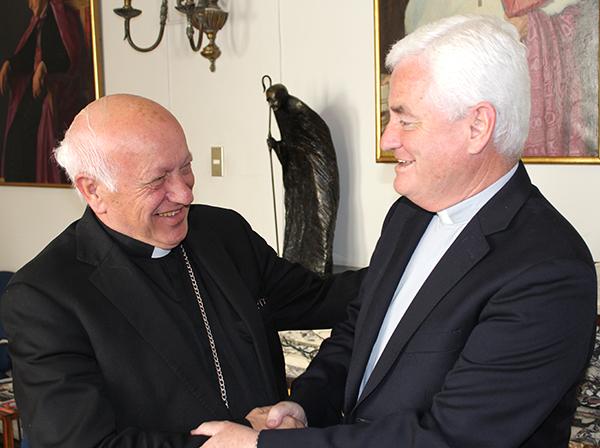 Father Allesandri’s great theological competence was among his most outstanding aspects, which led  Pope John Paul II to invite him to present a theological pastoral reflection on the 20th Anniversary of Vatican Council II in 1985. He also participated in the Consejo Episcopal Latinamericano, Celam [Episcopal Conference of Latin America] and in the Puebla Conference, especially on the subject of ecclesiology.  “Moreover, he was a great pastor; he worked many years in Carrascal in the Parroquia Senora de Nuestros Dolores [Our Lady of Sorrows Parish] and the Parroquia San Vicente Palotti [Saint Vincent Pallotti Parish].  He was a pastor for the poor, for the most simple.  He is especially remembered for this catechesis and all the material that he wrote for the Month of Mary, which is used to this day, and he also established a school,” Father Mariano Irureta reminisced. 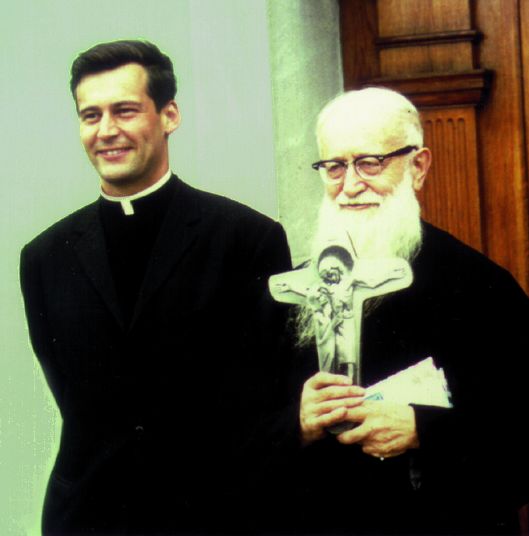 Another one of the works for which Father Hernán is recalled with great affection and admiration is the Fundación Maria Ayuda [Mary Helps Foundation], which helps children with an unsuitable infancy marked by abandonment, delinquency and prostitution.  Father Mariano Irrupt recalled:  “During the ‘80s, Father Allesandri was marked by the reality of these children, and he said: “This cannot be,” and for this reason, the rallying cry was “Maria Ayuda,” where he said that we had to help the virgin so this would not occur.  Presently, “Maria Ayuda” is a large well-known corporation along with Hogar de Cristo [Christ’s Home], the Fundación Las Rosas [The Roses Foundation], which the church has as an instrument that he created and that fruitfulness is presented as a work of God.”

In addition to conversing about Father Hernán Alessandri, Cardinal Ricardo Ezzati and the Provincial Superior, Father Mariano Irureta, also commented on the 100 years of Schoenstatt’s birth, an event that has been celebrated since October 2013.  “It was a date that was very much awaited.  An example of this was the encounter that the Schoenstatt Family had with our beloved Pope Francis, on Saturday, October 25th, in Rome.  When he was asked about the reform of the Church that he is undertaking, he commented saying, “…those who take the Church forward are the saints who are were able to renew their sanctity and, through their sanctity, renew the Church. They are the ones who take the Church forward.” [Jubilee Audience, October 25, 2014], Father Irureta pointed out.

The Episcopal Conference of Chile gave its approval to begin his process of canonization on the 20th of November 2014.