A Loving Call from the MTA 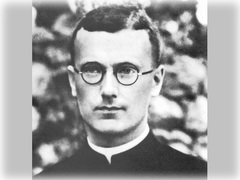 Martin Emge. On 7 April seventy years ago Fr Franz Reinisch received his call up papers to the army. He had been waiting for this draft notice in his “hiding place” in Wegscheid, because it meant that the hour of decision had arrived for him. Yes, Wegscheid (which translates as crossroads) had become the crossroads of his life. His conscience forbade him to take the oath of loyalty to Hitler. “As a Christian and as an Austrian I can never swear loyalty to a man like Hitler. There have to be people who protest against the abuse of power, and I feel called to make this protest.” It was obvious that such a protest meant dicing with death. 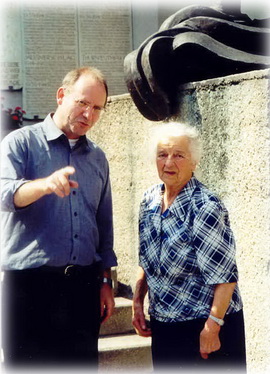 The entries in the Chronicle relate how united he was with the Mother Thrice Admirable in this decisive period of his life:

After his temporary work as assistant in Aussergefild and Abenberg, and following a visit to Innsbruck and Schoenstatt, Fr Reinisch took up his last post at Wegscheid near Passau, in the parish of St John the Baptist, from 1 March to 10 April 1942. The parish priest was Fr Georg Scharzbauer. He took over the pastoral work of Fr Stundler, who had already been called up, but he was forbidden by the Gestapo from working in schools or preaching. He looked after a small hospital with 40 beds, so he visited the sick and ministered to the dying. Besides this, he worked in the parish as confessor. Lent and Holy Week that year were particularly intensive times of prayer and preparation for him. A contemporary, Kathi Enzbrunner, recalled even after 60 years how he prayed the Stations of the Cross for the last time. He was surrounded by a penetrating radiance. He was obviously praying this Stations of the Cross in the expectation of receiving his call up papers, which were handed to him on Easter Tuesday, 7 April 1942. He was commanded to report for duty on 14 April that year in Bad Kissingen. Another contemporary, Klothide Fenzl, watched him during the school Mass on 8 April during which he sat in a very unusual place right at the back of the church. In the middle of Mass he pulled a letter from his pocket and meditated on it.

We have to obey God rather than man 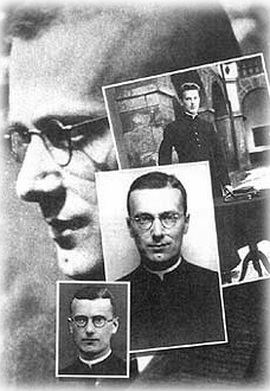 In a letter to his Provincial Superior, Fr Muhlbeyer, he called the above letter “a love letter from the heavenly Father, a joyful message from the Risen Christ, and a loving call from our good MTA.” So the name Wegscheid became for him a crossroads. It is here that the die was cast. He gave away his things with the words, “I won’t be coming back. The less one has, the more free one is.” When he said goodbye, Fr Schwarzbauer obviously tried to get him to change his mind; he tried to get him to think of other things than the oath. However, Fr Reinisch replied with determination, “No, Father, we have to obey God rather than man!” He gave his crowned MTA picture to an unknown woman at the station and left with the afternoon train at 4.30 p.m. in the direction of Nurenberg.

He had not expected that four long months of wearing wait would lie between his refusal to serve in the army in Bad Kissingen, and his beheading in the prison at Brandenburg Gorden on 21 August 1942. His prison cell in Berlin Tegel became a shrine for him. It was here that he composed his death hymn on 9 August 1942. It is a unique record of the love of this priest for Mary, his beloved MTA, whom he honoured above all else:

“You are the great sign, full of the sun’s radiance!
Wholly surrounded and lit up by God’s love!
I want to be a flame of love lit by you,
Mary, Virgin pure, in our little shrine.

You stand as the suffering rose at the Cross,
great and silent,
and speak your “Yes” to the sacrifice,
because God wants it this way!

Also today God calls again
for a throng of heroes.
So offer me, O Mother,
as an oblation of love.

O Queen of the world,
command the storms of our times.
Tread down Satan’s brood,
Queen in the battle!

Let me be an apostle!
I stand there as a knight.
And dying I shall smile:
O beloved MTA!”

On this 70th anniversary of 7 April, Fr Franz Reinisch deserves a place in the mosaic picture of the covenant of love among the thousands of faces that have grown out of this covenant of 18 October 1914 in order to change the face of the Church and world. In the irrepressible freedom of God’s children.