The martyr who walked on his hands 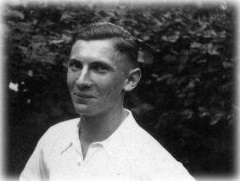 Father Marcelo Aravena/mkf. On December 10, 2010, papal decrees recognized the martyrdom of German Father Alois Andritzki killed in the Nazi Dachau concentration camp in 1943. The beatification will take place on June 13, 2011, in Dresden. Alois Andritzki (1914-1943) was a young Sorbian chaplain who died as the result of the brutal treatment that many priests received in Dachau concentration camp. Lethal injection was most likely the cause of his death. During that time, Andritzki was in agony having contracted typhus in Dachau. For the concentration camp’s administration, he was just a worrisome trouble and a burden to be eliminated. Alois Andritzki will be the first Sorbian – and another Schoenstatt priest – beatified. 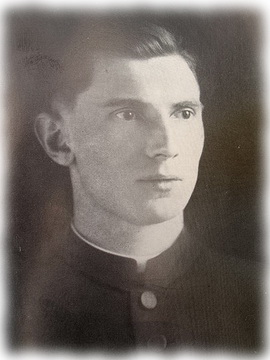 Alois was one more victim of Dachau, once an unknown person, who, however, is now becoming known. He was born in Radibor-Silesia the fourth among six brothers. His two older brothers were also priests. He was detained and taken prisoner to the concentration camp because of his “seditious activities” mainly embodied within the youth against the Nazi regimen. According to historic records, Alois was a very joyful, vital priest, a worker, and an acrobat. In prison he entertained his companions with his acrobatic skills, especially with his ability of walking on his hands, and so he was the eccentric figure who entertained those who lived in what was commonly known the hell of Dachau. (P. Sales Hess, págs. 123; 201, KZ Dachau- eine Welt ohne Gott).

He entered the concentration camp on October 2, 1941, after having been detained by the Nazi police on two occasions making him a “dangerous person” for the Hitler regime and followers. In the concentration camp, he joined one of the Schoenstatt groups led by two Schoenstatt priests, Fathers Joseph Fischer and Heinz Dresbach. A short time later, five months afterwards, Father Joseph Kentenich entered Dachau accused of the same offenses.

At present, Bishop Joachim Reinelt of Dresden is the Postulator of the Process of Canonization of this young priest. The prelate was confident that at World Youth Day 2005, Pope John Paul II would have declared him Blessed, as an example and testimony of faith (DT/KNA13.12.2003). For this reason, the Cyrill-Methodius-Vereine V Association has been constituted. However upon the death of the Holy Father, John Paul II, in 2005 and subsequent election of Benedict XVI events were postponed. Now the beatification is scheduled for Pentecost Monday – a feast day in Germany.

In 2003, Fr. Marcelo Aravena had gathered valuable information about Andritzki from an interview with Monsignor Hermann Gebert, a member of the Schoenstatt Institute of Diocesan Priests, who brings us closer to the person and candidate for the honors of the altar. Fr Gebert, then an elderly but very bright and active man, is now bedridden and needing 24/7 care after a stroke suffered in September 2010. We proudly re-publish this interview – now also translated into English – in the preparation for the beatification of Fr. Alois Andritzki.

How was your encounter with Father Alois Andritzki? 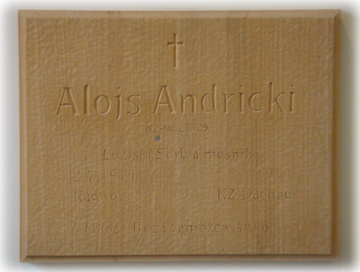 In the first place, I came to [know] this person and chaplain through the priests, Joseph Fischer and Heinz Dresbach, both Schoenstatters, who lived with him in the concentration camp. They offered some information about him. Moreover, they proposed that I carry out the task of making biographical briefs (60) about priests who had been in contact with Schoenstatt in Dachau concentration camp.

What, in particular, could we stress in the biography of this priest?

Alois Andritzki belonged to a Schoenstatt reflection circle as a person who was interested. What is significant about this is that Blessed Karl Leisner, Richard Henkes, (a Pallotine priest, whose process of beatification has also been initiated), and Gerhard Hirschfelder (a German pastor, beatified last year), also belonged to this group. Father Joseph Fischer personally told me that Andritzki was on the way to becoming a Schoenstatter by sealing the Covenant of Love. There are two aspects that reveal more about him. The first one is that besides being a Boy Scout, he was also a good athlete, thereby, entertaining his prison companions by walking for a long while on his hands. This acrobatic skill was over when he lost his strength. It is important to remember that during 1941 to 1942 there was great hunger in the concentration camp. The second is that by Christmas 1941, he painted a scene of the Holy Family in Bethlehem with very rudimentary materials. In spite of not being a great work of art, it was a cause of great joy for those who visited the chapel in Block 26, where imprisoned priests were housed. Surely, Andritzki’s example encouraged many of his companions.

How were Andritzki’s final days? 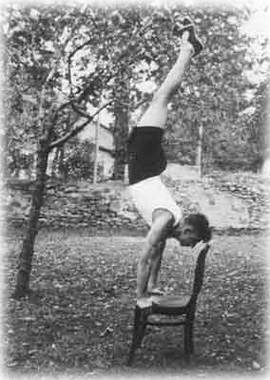 Well, here we can only cite what Lenz affirms about his death (P. Lenz, Christus in Dachau, page 244). Andritzki had contracted typhus during Christmas 1942, information that was reported to the health center in mid-January. While he was in agony, he asked for the Holy Communion. “He wants Christ”, the nazi warder jeered. “We’ll give him an injection instead.” On February 3, 1943, Andritzki died as a result of poisoning or of an overdose of some chemical shortly before receiving absolution. His body was dismembered and incinerated in the crematory, just like all the other cadavers. His funeral was April 15, 1943 in Dresden, Diocese of Meissen.

What could be said about the meaning of his death, and what messages does it give us?

This should be considered within the context of his apprehension (in January and August of 1941). According to what is stated in the records, he was jailed for his malicious and perfidious activities against the youth and the state. In the end, he gave his life for the Kingdom of God, and he died as a martyr as a result of the bad treatment he received in prison. He is a model and an example of priestly holiness.

Why is Andritzki important to you?

He is not only important to me, but rather, he is important to all of my community. It is a duty of loyalty and gratitude on behalf of the community of Schoenstatt priests that all the priests who offered their lives in the concentration camp be incorporated in the list of the Church’s holy martyrs.

In what ways could the cause of beatification be supported that Bishop Joachim Reinelt has moved forward since 1998?

Thank you very much Monsignor Gebert for your time and for making yourself available to us for this report.