Look where I am…close to the Child’s hand 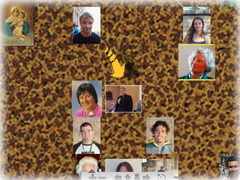 org. “Father Marmann was just named as the new rector of the Original Shrine, and he is already under the protection of the Blessed Mother by giving her his face. And the best thing is that two ladies from the Mothers’ Branch surround him: Mrs. Dümler and Mrs. Heinlein. Whoever is looking for Mr. Grober will find him on the MTA’s sleeve,” is what Rector Martin Emge for the Schoenstatt Family from the Diocese of Bamberg wrote. He invites us to personally verify it in the schoenstatt.org article and of course on the mosaic with hundreds of faces of the Covenant of Love. Benedict XVI and Father Marmann are enthusiastically sought (and while doing this other known and beloved Schoenstatters are found).

“The five of us are on the MTA’s finger,” a schoenstatt.org collaborator from Austria wrote; she uploaded her entire family.

“Ahhhh… and look where I am…close to the Child’s hand,” Carmen Rogers aus Santiago wrote. I did not discover it until I received some confirmations from other “uploads” (enthusiasm spreads, and the “I couldn’t do it “proliferates, so I have freely offered to upload the photos that are sent to me…)”

Or- How much does my photo or that of the people I love cost put on the picture of the Blessed Mother cost? 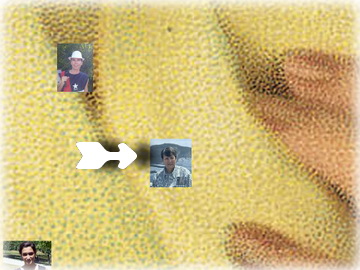 A photo, three euros or dollars: “It is a pair of “Lucas” or $1,000 (Chilean pesos) bills,” Carmen commented. “I believe that is enough for a package of cigarettes, two liter bottles of soda, two kilos of kiwis, a liter of ice cream…”

They are worth conquering a couple of stones for Belmonte, and they are a small but decisive contribution for the Covenant of Love Jubilee in 2014. But more than anything, it is worth being there-close to the hand of the Child, helping the MTA, so she can be more present in this world that needs Her so much. 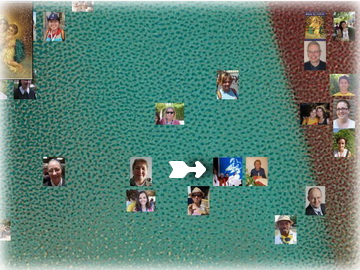 Four days before Easter there were 2,885 photos on the MTA’s picture. Father Martin Emge begins to calculate. We want to reach three thousand pictures by Easter. Some faces are still missing on the picture of the MTA. If we can add 115 photos more by Easter…it will be a gift for the MTA on this Easter road toward 2014.

114 photos, because on April 7th, Father Franz Reinisch photo was uploaded, it was sent by someone to whom this priest is very meaningful and who sealed his/her Covenant of Love on April 7th (at that time he/she did not know what that date was). The reason will be known precisely on April 7th.

But one thing, little by little, it can be seen more clearly: the link of Mosiac 2014 will be part of the list of addresses of every Schoenstatter!

Up-date: 2894 photos have already been uploaded.

Latest up-date: soon you will also be able to pay with American Express. 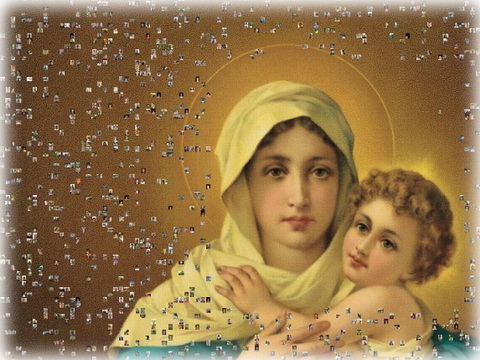 Give me your face – We are Schoenstatt