A slate from the Original Shrine in Costa Rica 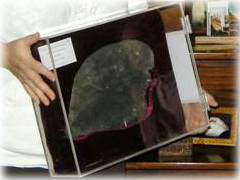 COSTA RICA, org. About ten years ago – November 2001 – the entire roof of the Original Shrine was replaced. In a short time, hundreds of slates from the roof became treasures in visible and tangible bonds with the Original Shrine. Many in Schoenstatt kept them carefully, and some gave them away and sent them to the Shrines, wayside shrines, and communities…In February 2009, a few of the slates that remained became the symbol of sending forth during the closing of Conference 2014. Every country that attended received one…and one of them has now arrived in Costa Rica.

This slate visits Costa Rican families’ Homeshrines. On the first weekend of November, at the beginning of the Year of the Shrine current, the slate was in the home of Ileana and Gonzalo Vega, a Schoenstatt founding family in Costa Rica and the first correspondents for the international webpage. “To have the slate from the Original Shrine in our home was a beautiful privilege,” they wrote.

Those who have the privilege of having one of these slates in their country, in their Shrine, wayside shrine or Homeshrine are invited to send photos and testimonies about this network of slates that once sheltered the Original Shrine… 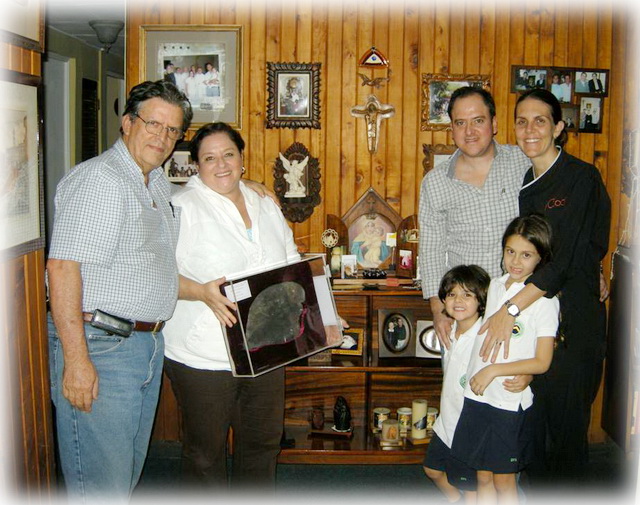