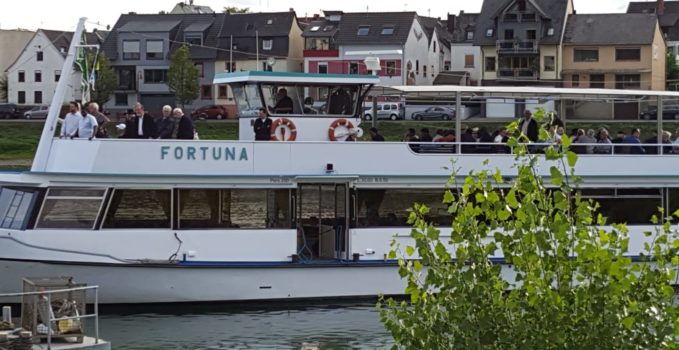 Embarking on the adventure of unity

The Schoenstatt Priests’ Federation have taken a historic step by founding the International Federation, a process that has taken many years. The centenary jubilee of Hoerde in the Original Shrine together with all of the Schoenstatt Federations was an important step in this initiative. — 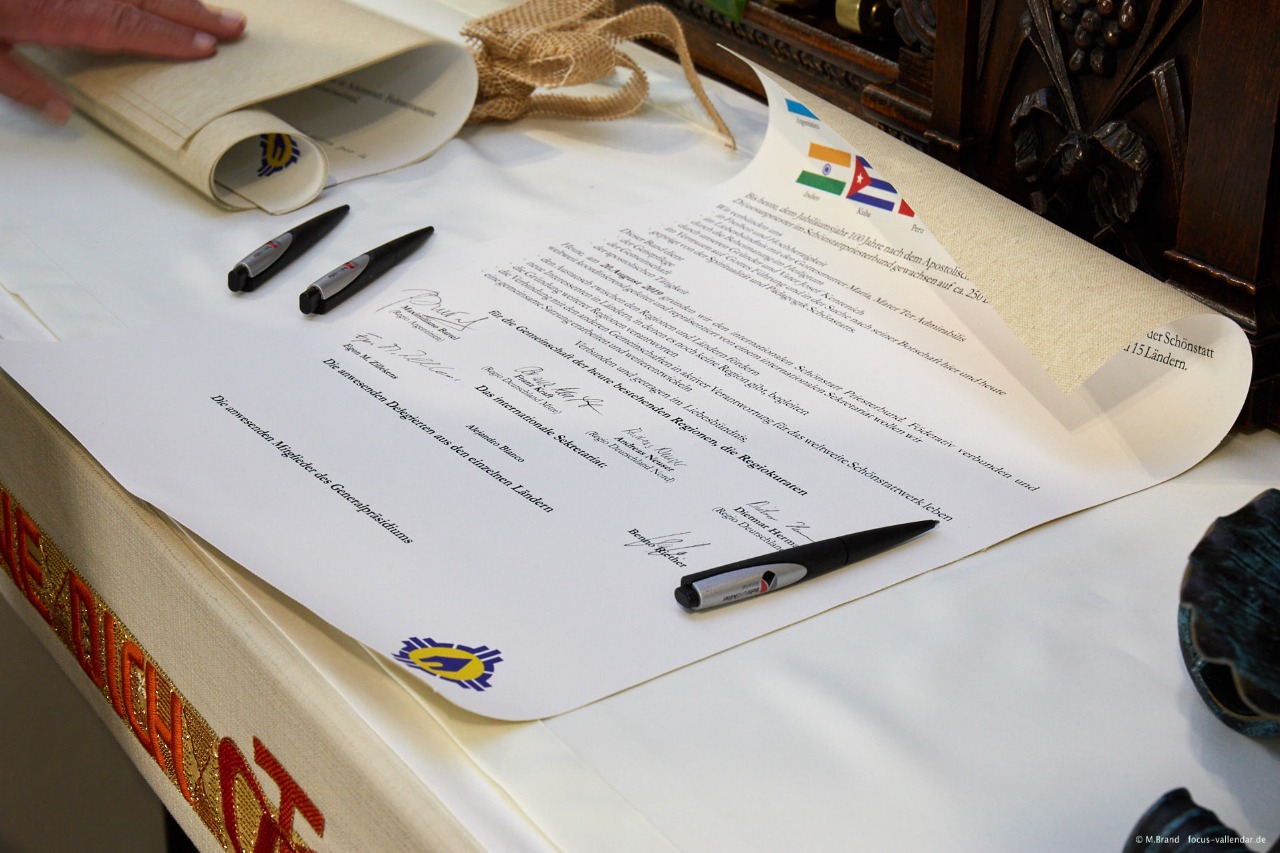 Unity is a gift and a task. The Holy Spirit performed an incredible miracle on Pentecost. It made people who spoke many languages understand each other. The fire of the Spirit that touches hearts is the one who, through charity, allows us to overcome our differences, without losing our originality.

The adventure of unity was a difficult journey for the first Christian community (even with the power of the Holy Spirit), that was not immune to searching, progress, regression, overcoming prejudices and outdated ways os thinking (cf. Council of Jerusalem).

Our Fr. Kentenich, through the pedagogy of the covenant, has left us a social and ecclesial tool for one of the most urgent problems of our time: unity in a time of increasing pluralism. Apostolic federations, as pedagogical and ecclesial structures, are one of the precious pearls of our Family, which express in the purest way, the richness of the charism, as a gift of the Spirit to the Church and society, for the newest times. 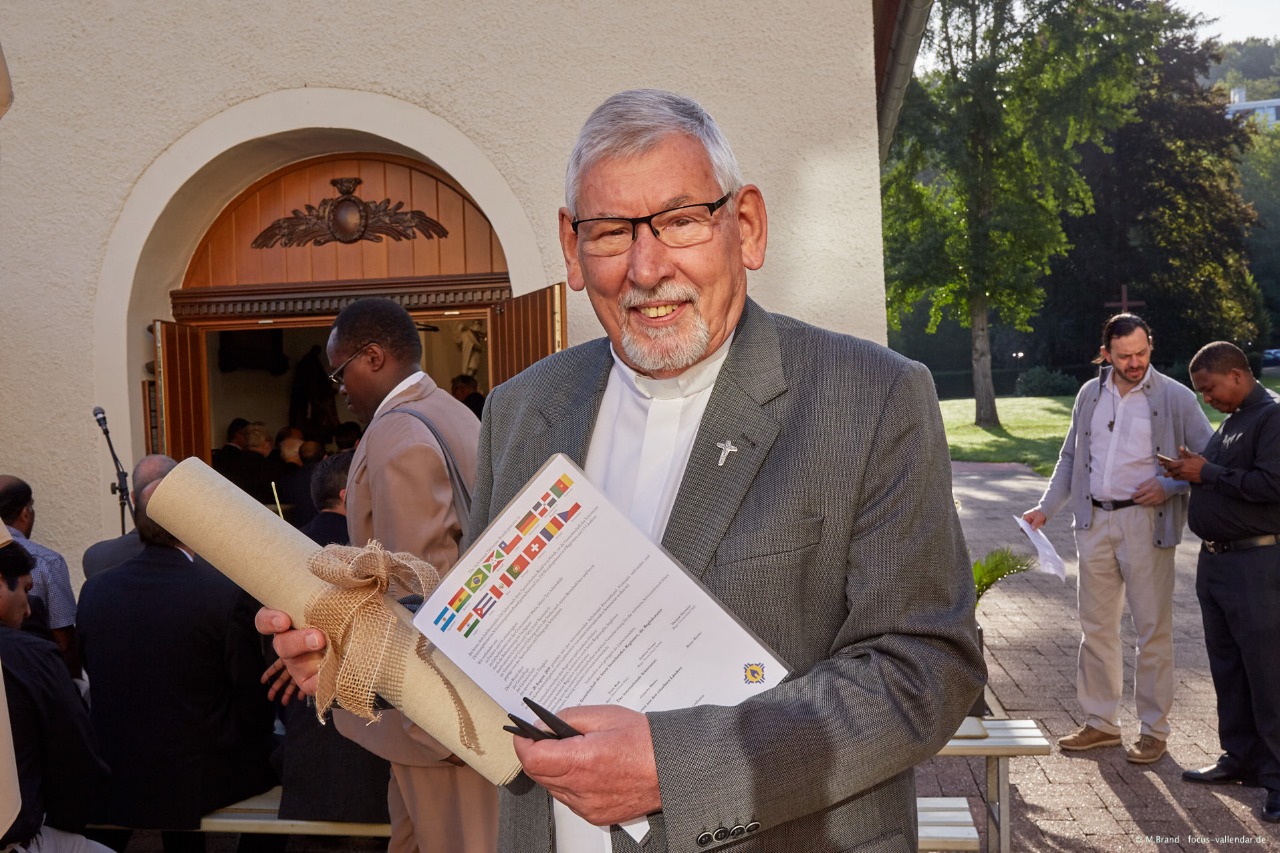 Foundation in the Original Shrine

This introduction is important to understand the historical significance of what happened in Schoenstatt on Tuesday, August 20 on the 100th anniversary of Hoerde.

More than 60 priests from 14 countries around the world, members of the Federation of the Diocesan Priests of Schoenstatt have embarked on the adventure of unity, to found the International Federation in the Original Shrine and the Founder Chapel.

Germany, Argentina, Brazil, Bolivia, Burundi, Cameroon, Chad, Chile, India, Kenya, Portugal, Dominican Republic, Czech Republic and Switzerland, was represented by the delegates at the act of founding. Cuba and Peru could not come, but they joined the event from their countries.

Many of them also attended the International Schoenstatt Family Congress on 16-18 August in celebration of the the 100 years since the founding of the Apostolic Federation in Hoerde.

Aboard a boat on the Rhine toward the unity of all the federations.

Monday 19 August was the official start of the Meeting of the Federation of Diocesan Priests, with a recreational activity that was also deeply significant: we boarded a boat and cruised down the Rhine and Moselle rivers. The day, bright and filled with cheerful fraternity, was almost prophetic poetry that metaphorically described to us what the Federation is, what Schoenstatt is, what the Church is and what the world should become.

On that boat, we spoke many languages, it wasn’t easy to understand each other, but we all burned with our Blessed Mother’s fire and the desire for the Good News of the Federative Pedagogy to enkindle all the priests of the world. We were all united by the same certainty, the power of Mary to shelter and transform priestly hearts, the maternal warmth of a Mother who knows how to knead unity, knows how to bring out the best in each of her favorite sons. 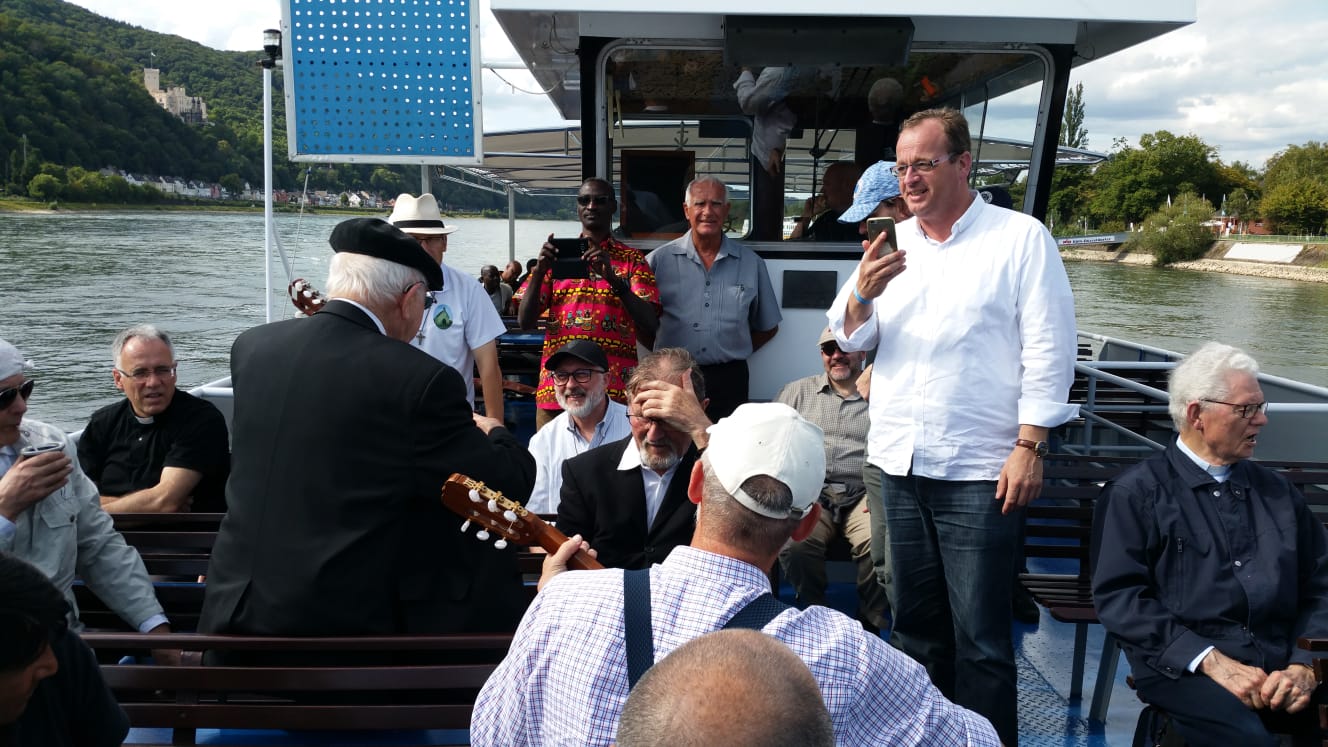 Foundation with an “explosive” homily

On Tuesday, August 20 the founding act was held in the Original Shrine with a clear intention to tune into the spirit of the Hoerde Congregants who assumed Mary’s mission as their own in our times. Members of the International Presidium of the Schoenstatt Family were also present. Later we went up to the Adoration Church, where we celebrated the comemorative Mass of the Hoerde centenary with the other Schoenstatt communities. During the celebration, a beautiful comemorative candle, decorated with the flags of the covenant communities was, as a torch that is lit to spread the fire of the first congregants. The Mass was concelebrated by the Secretary General of the Federation, Fr. Egon María Zillekens and the presidents of the 3 German regions and the president of the “Padres del Plata” Region of Argentina.

Fr. Alejandro Blanco, from the Argentine Federation, who for health reasons could not be physically present, prepared the homily that several priests read in different languages. Fr. Egon, who saw the text of the homily several days before Mass, anticipated that these words would be “eine kleine Bombe” (a small bomb).

And so it was … We believe that those deep words lit the fuse of a bomb (not destructive, but constructive), emphasizing the wealth and contribution of the federations based on the founder’s spirituality and the collective experience of federative “synodality.” He highlighted three fundamental tasks to ensure that the “salt does not lose its flavor”: 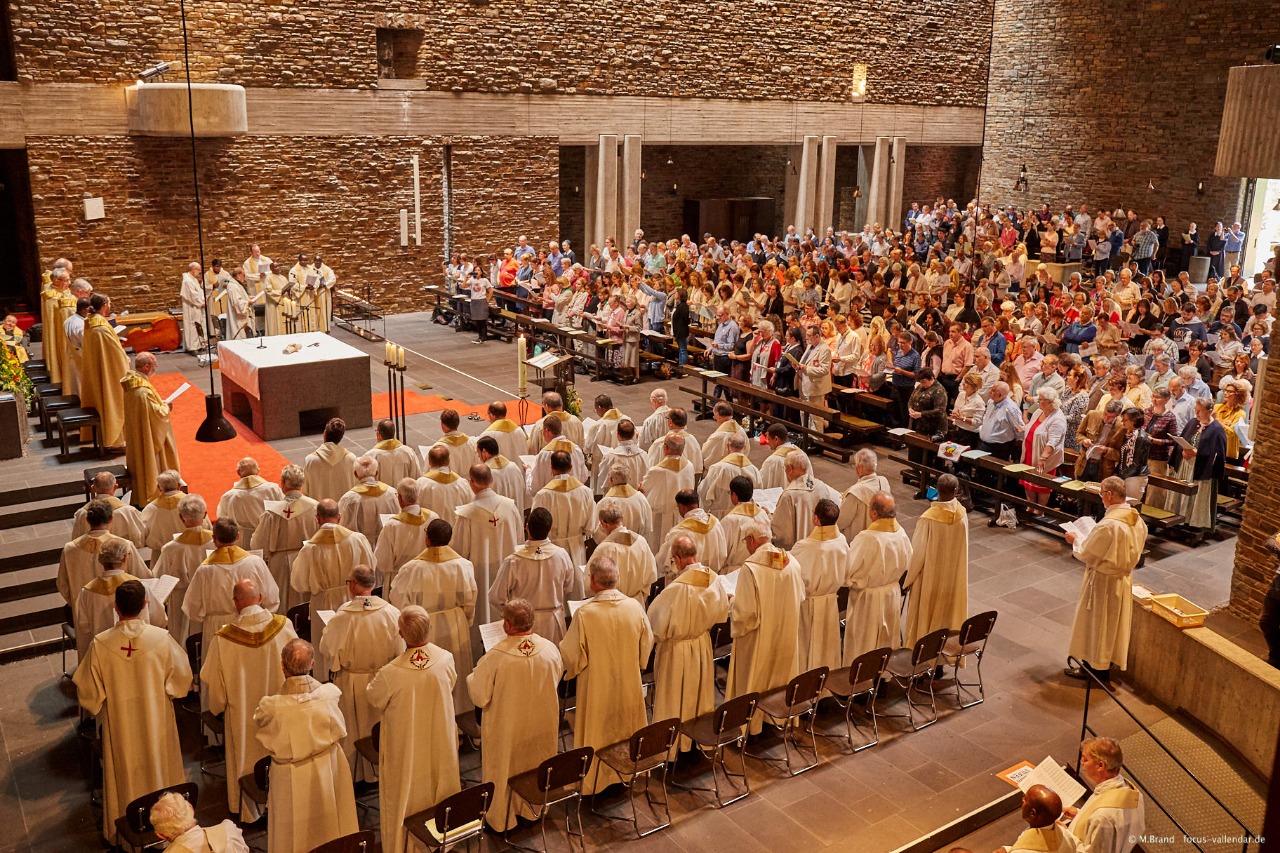 With you we shall never fail

The ship has set sail and we go calmly on this great adventure. We know that the Blessed Mother is the “Beacon on World’s Dark Ocean” and we are certain that “with you we shall never fail”. 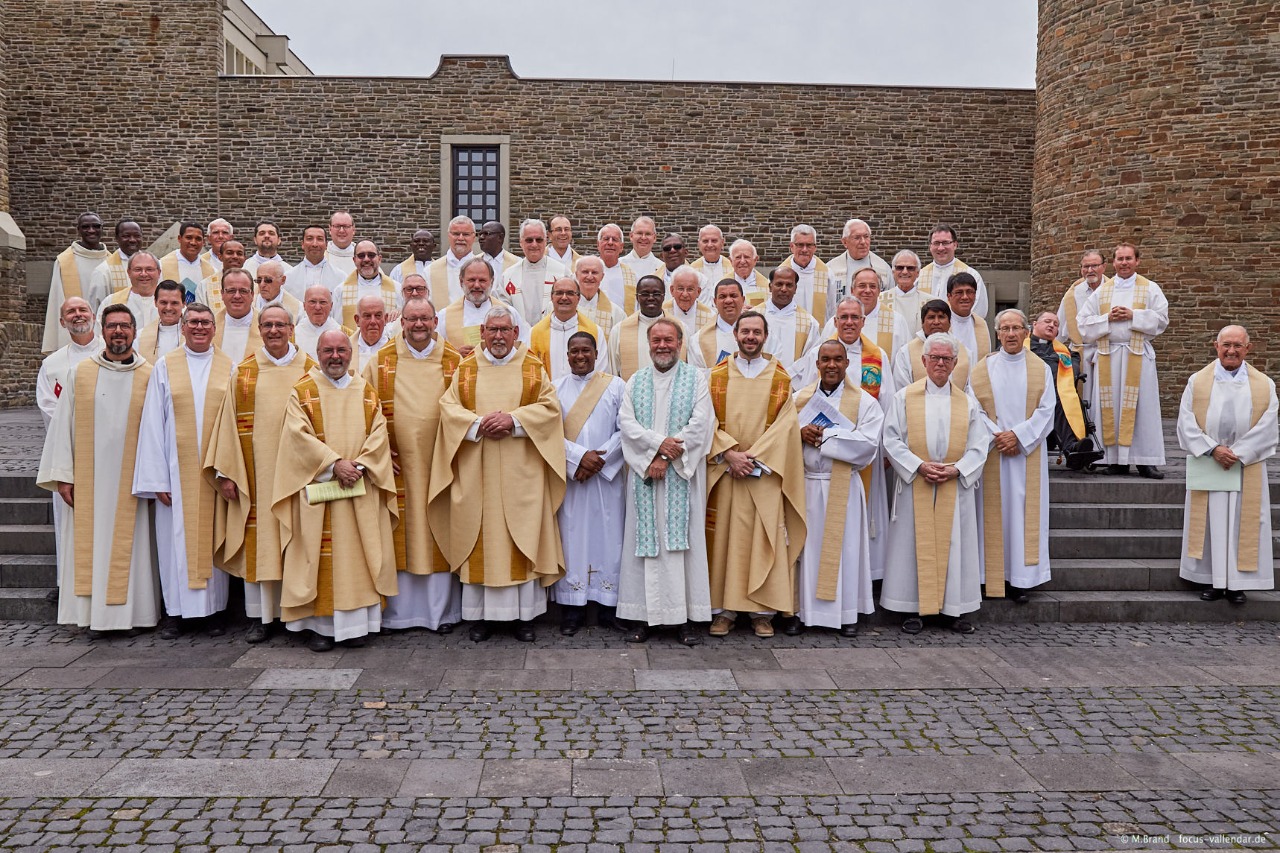 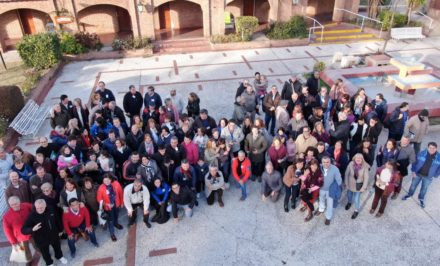 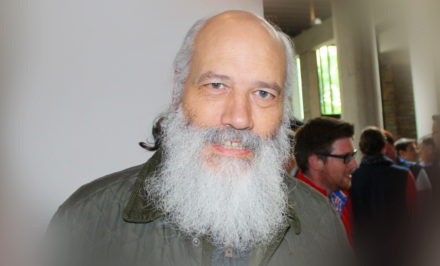 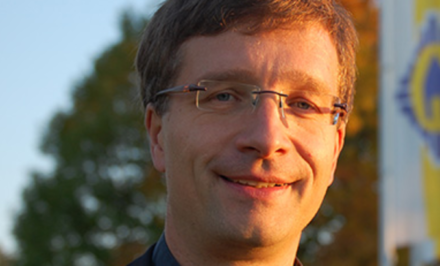