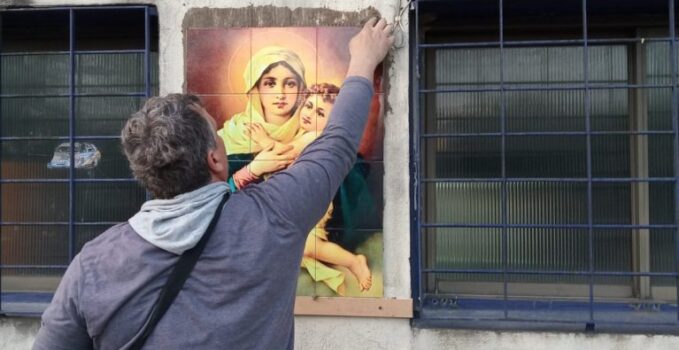 For several years, the parish of San Rafael in Villa Devoto, in whose parish church a picture of the Mother Thrice Admirable of Schoenstatt was placed on May 31, has celebrated Masses for the novena of their patron saint in a corner of the neighborhood. Nothing spectacular: a crossroads, a small house with an open door, a neighbor who lends a small table and a tablecloth, another who brings a few benches…But isn’t it often the small, the most insignificant that is the origin of the greatest? —

On October 13th of this year, Our Lady of Schoenstatt chose this place that has been conquered for years with each Mass celebrated there by the parish community.

“It is always the same with Mary, every ally of the Blessed Mother should know that: It should be now,” relates David, a family man who was responsible for placing the majolica of Our Lady that day. And so it is: when you love someone very much, you are anxious to quickly fulfill their smallest wishes. One of the priests called him to say, “Call Diego, Hilda told him that the majolica can be placed in the mechanic’s workshop at the corner of Calderón de la Barca and Nueva York.” And a few hours later they were there with everything they needed. Without a doubt, this was “a day when our Blessed Mother wanted to get us moving,” David continues. And as many in the parish say, “There is something about this Blessed Mother that you can’t stay still, you have to do something immediately.” 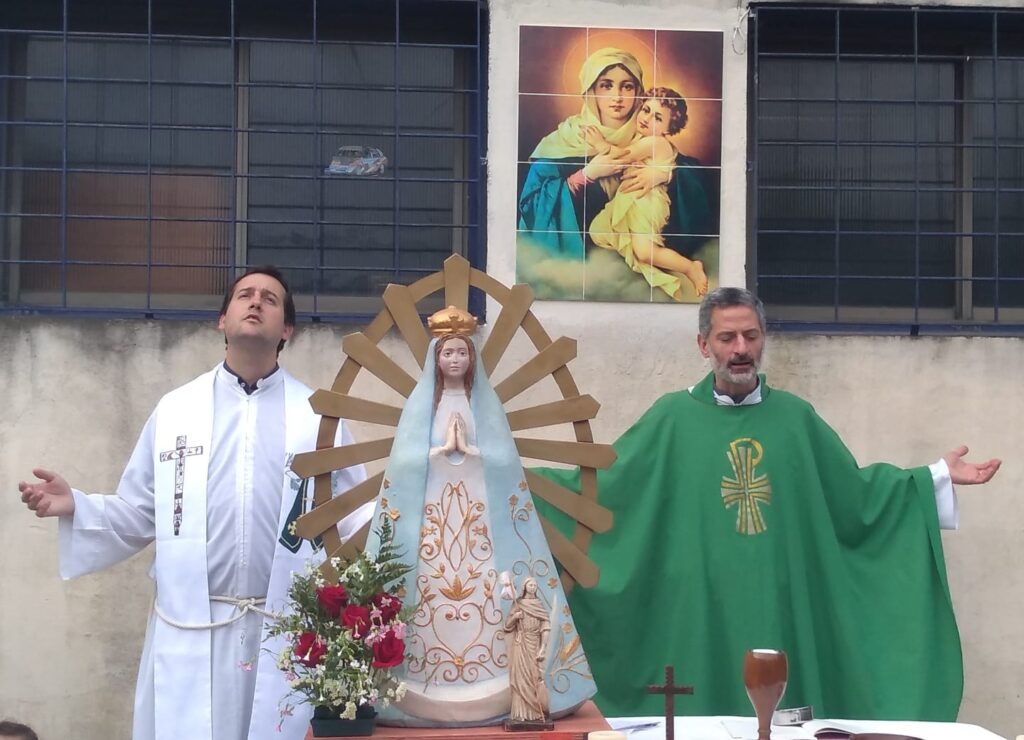 Telling the story(s) again and again

The Queen of Angels is able to move heaven and earth. Even as they were putting up the image donated by sisters Alejandra and Florencia Villarroel, “the workshop workers came up to us and asked which Our Lady it was, and kept shouting, ‘How beautiful she is.'” It is impossible not to think, in David’s words, of the antiphon to the Virgin Mary, which says, “Who is this who rises like the dawn, beautiful as the moon, bright as the sun, terrible as an army in battle? “There,” David continues, “our mouth, already consecrated to her, begins its work, always telling the incredible story of Schoenstatt. Who does not want to say that the Blessed Mother allows herself to be conquered by her covenant partners, that she places her throne of grace where they make room for her and where they show her with deeds that they genuinely love her?”

“Once the majolica was in place,” he continued, “we prayed three Hail Marys and one Glory Be to the Father. The workers took pictures and talked about how beautiful this Madonna was, along with the neighbors who visited them. Then I understood why she is a “pilgrim“, and we are her “instruments”. It’s because she has the perfect plan in her mother’s arms: the divine Child Jesus.” 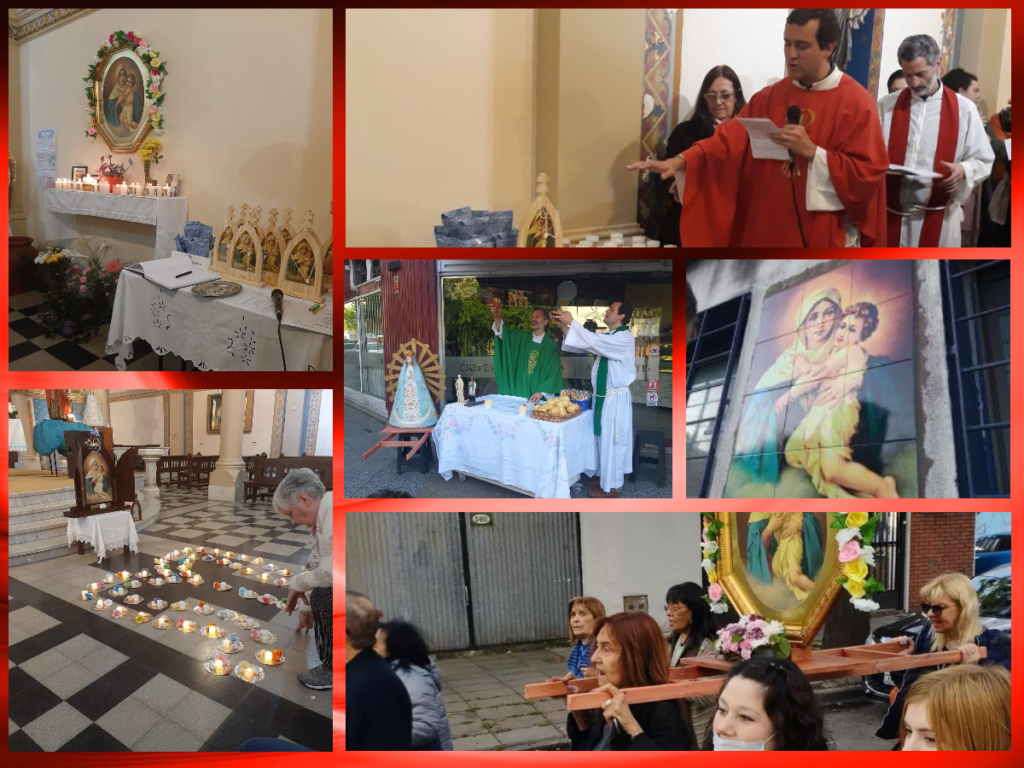 Covenant of Love and missionary commitment

On Tuesday, October 18, as part of the preparation for the patronal feast of Saint Raphael, eighteen people from the community sealed their Covenant of Love with the Blessed Mother, including David and his wife. During the same celebration, nine people took a step of deepening by committing themselves as missionaries to the Blessed Mother and receiving the Pilgrim MTA, including Hilda.

The next day, Wednesday the 19th, a Mass was celebrated at the corner of Calderon and New York and the majolica was blessed. Some people carried Our Lady of Luján, the first Pilgrim Mother of Argentina, to the place. Several neighbors approached. Mr. Bonomo, who so joyfully gave the Blessed Mother the small space on his wall, was also present.

The entire celebration seemed to reflect the motto that the parish has chosen for this year: “Following your light, we go in community.” San Rafael, in the Villa Devoto neighborhood of Buenos Aires, has lit a new small light in the neighborhood, in honor of the Queen of Heaven. Like any friendly light, this image of grace gathers, protects and cares.

Impossible not to join these last words: “Thank you, Mother, for making us a part of the perfect covenant of love”.