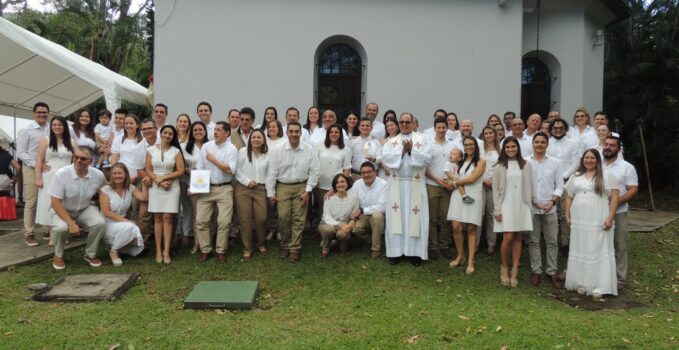 The morning of Saturday, November 3, began with rain at the Family of Hope Shrine, however, this did not prevent the preparations for the Covenant of Love that would be made moments later by several groups of couples from beginning. —

Groups G4 Hearts pointed in Faith, G5 Messengers of Light, G6 Instruments of Mary, of the Family Branch of the East Sector of San José, G4 Walkers in Faith and G5 Homes welcomed by Mary of Carthage and a member of G2 of the Men’s Branch of Carthage, Men Instruments of the Blessed Mother, united at the Shrine. 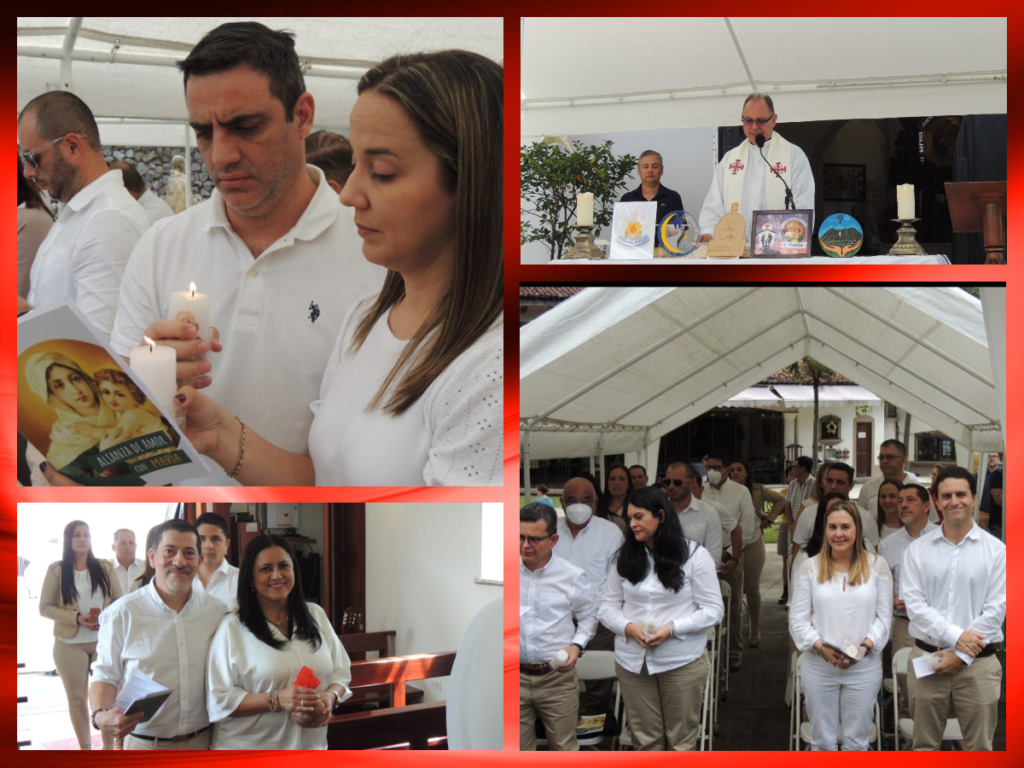 As eleven o’clock in the morning approached, the time for the beginning of the rite and as the future allies began to arrive, the sun began to shine brightly and thus the heartbeat accelerated. At the appointed time, these couples filled with spirituality and love with the blessing of Father José Luis Correa sealed their Covenant of Love with the Blessed Mother Thrice Admirable of Schoenstatt, thus beginning their road as new instruments of the Blessed Mother for the construction of the Kingdom of our Lord Jesus Christ.

It was a Godsend that this celebration will take place on the feast of Saint Francis Xavier, Father José Luis told us in the homily, inviting the new allies to live the Covenant that they had sealed every day. 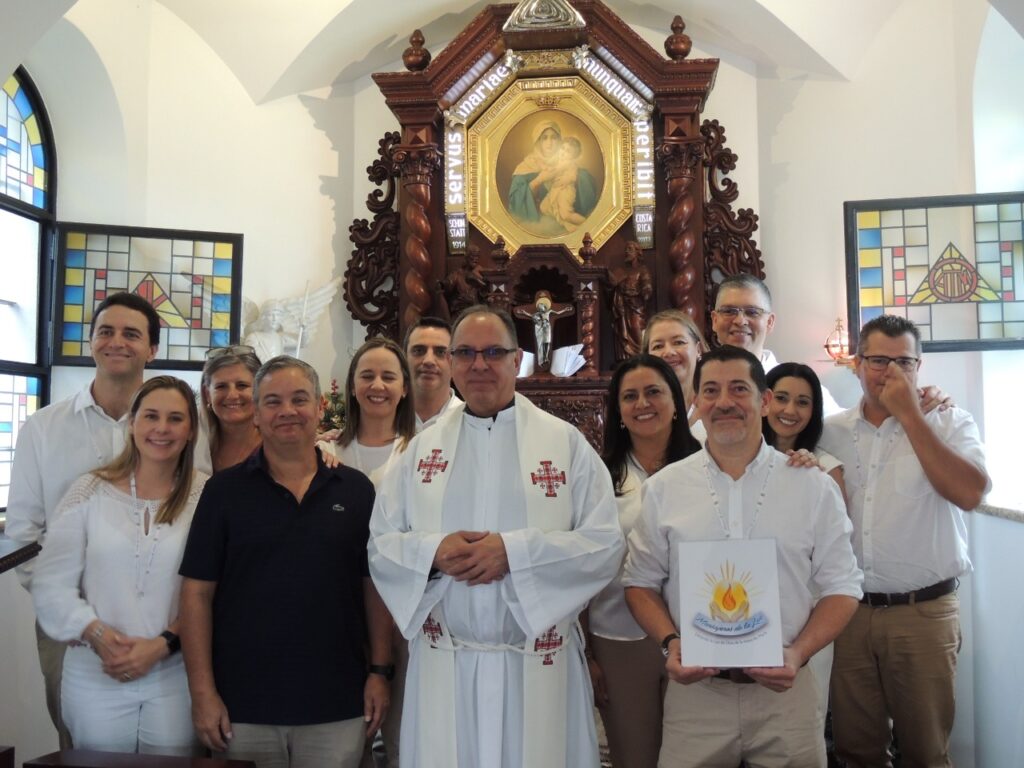