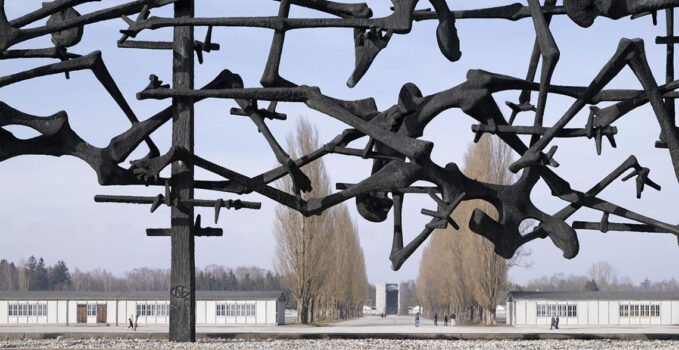 After the great reception of the event held at the Dachau Concentration Camp Memorial on September 3rd, the anniversary of the death of Fr. Albert Eise, a meeting was again offered on Saturday, November 5th at the request of more interested people. Fifteen people of different ages and nationalities – among them several Schoenstatters – came to visit the concentration camp, despite the drizzle and the cold. — During the tour through the various stations of the concentration camp, the participants got to know more about the character of Albert Eise. 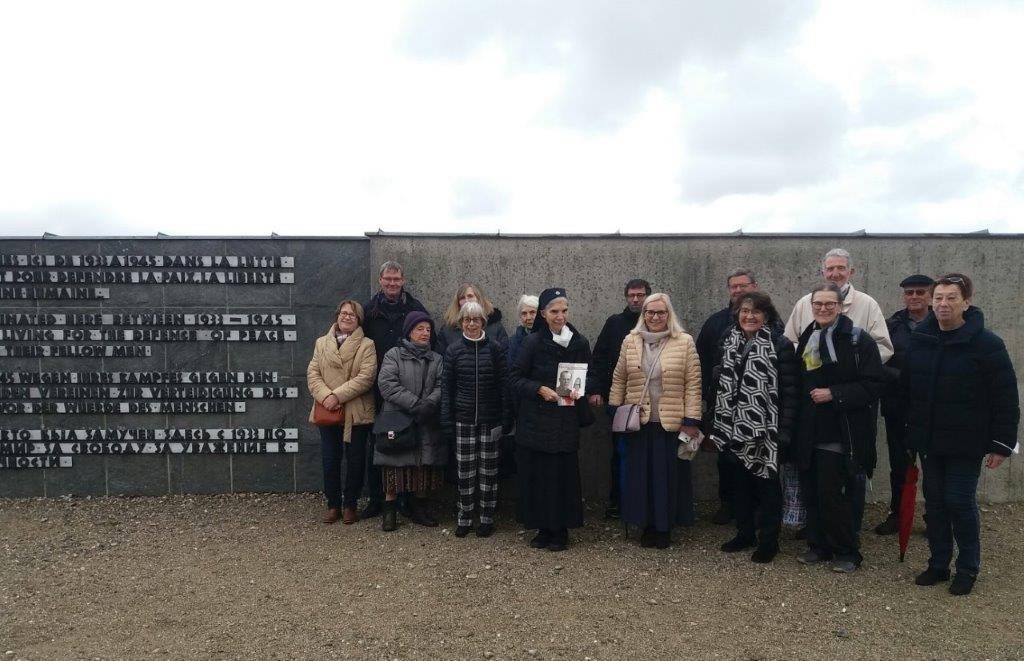 By the memorial. Photo: Kiess

Commitment for Schoenstatt to the very end

Already in his youth Albert Eise was passionate about Schoenstatt’s ideals. He belonged to the founding generation of the young movement, motivated the young Schoenstatt members in the trenches of the First World War to work at that time as instruments of the Blessed Mother, and from 1931 he was made available as a Pallottine priest to work in the Schoenstatt movement. Father Kentenich commissioned him to create a family movement within Schoenstatt. At the same time, he worked as a missionary and in the Schoenstatt student movement. At a conference for female students, held in Koblenz as a camouflage, the Gestapo spied on him, and he was arrested during a talk. After weeks in prison in Koblenz, he was transferred to Dachau. But he continued to work for Schoenstatt in the Dachau concentration camp, although pastoral work was forbidden. He took charge of a group of priests who were interested in Schoenstatt spirituality, organized by his fellow prisoner Father Fischer.

Witness and collaborator in the founding

In Block 14 a date was remembered that undoubtedly was a milestone for him, July 16, 1942. He was able to witness the foundations that Father Kentenich made secretly with two prisoners in the concentration camp: the Institute of the Families and the Brothers of Mary. For the founding ceremony, Albert Eise prepared an altar on his white scarf, camouflaged behind sacks of straw. An image of the Mother Thrice Admirable and candles were a must. The Blessed Sacrament was in a small container. He had compiled the texts. The seed, sown under adverse circumstances in the concentration camp, did not perish. Today, both communities spread internationally.

Albert Eise’s strength, however, was dwindling. Within a few weeks, he had lost 20 kg. His letters to his relatives are impressive. They bear witness to how he was allowed to mature more and more to perfection. Like Joseph Engling, he offered his life and suffering as a prisoner for the growth of the Schoenstatt Movement. Heaven took him seriously. He became sick with hunger. After weeks of suffering under terrible conditions in the infirmary, he died a miserable death on September 3rd, 1942. Thanks to Dr. Edi Pesendorfer, a Brother of Mary, he was at least moved to a better infirmary. As a prisoner, Pesendorfer was the head nurse of the surgical ward and had great influence. In addition, he got Father Fischer, who was also in the infirmary but was already recovering, to secretly give the anointing of the sick to Father Eise.

A testimony that is still relevant today

The echo of the participants during the tour showed that Albert Eise’s example is still relevant today. He can inspire us today to be Christian witnesses. The words on the wall of the memorial in front of which the group gathered underline this:

“May the example of those who died here between 1933 and 1945 for their fight against the Nazis, unite those who are alive in the defense of peace and freedom and in respect for human dignity.”

The afternoon concluded with a Holy Mass in the church of the Carmelite monastery. According to the form of the Mass “Mother of Hope”, the celebrant, Fr. Helmut Müller from Munich, referred in his homily to how Mary, who endured and suffered so much, can also give us hope, particularly considering the many sufferings and wars in the world. Transformation can also happen today, as it did at Cana. If we offer our “water” – our small contributions – Jesus can transform it into “wine”. He underlined how important and valuable human interaction is: a kind word, a friendly and compassionate look. Every conversation leaves traces. At that time, it was a survival aid for the prisoners. He also pointed out the Madonna of the concentration camp, a simple figure of the Virgin Mary, which today has its place in the Carmelite church. How much consolation and hope the prisoners must also have experienced through this Marian figure! In 1943, she was secretly transported from the Sudetenland to the concentration camp.

Full of hope is the sentence of Fr. Eise:

“When I am no longer alive and you find me in eternity, and if you have great difficulties and do not know how to decide, then you can call upon me, I will help you.” 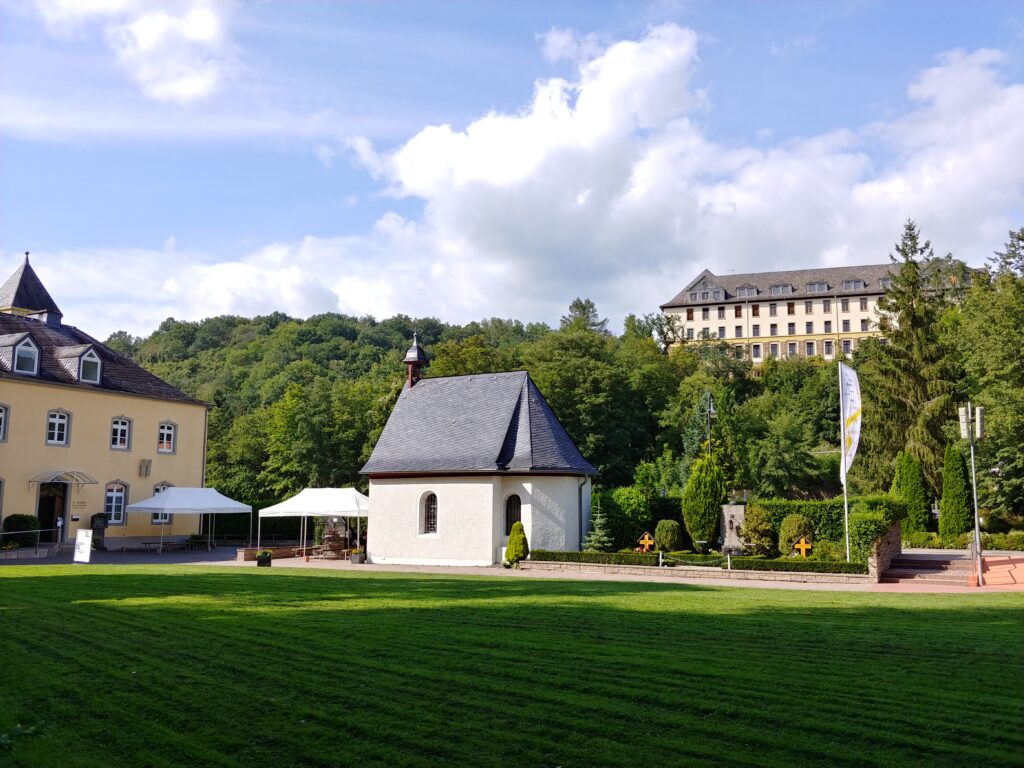 For those who are interested in Albert Eise: On November 16 and 20 an online presentation (in German language) of a /theme about his life (in German) will be presented.