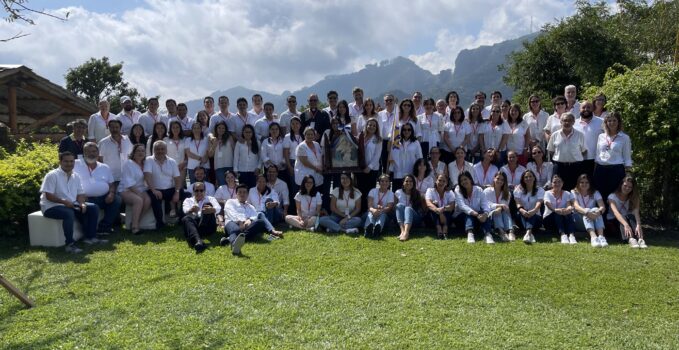 New winds of the Spirit blow in El Salvador

Almost one hundred Salvadoran Schoenstatters gathered to participate in our second National Conference and to reaffirm our apostolic commitment to go out on mission. —

Last Saturday, October 29th, we gathered again as one family, all the groups of the branches and apostolates of Schoenstatt El Salvador. The last time we were together was in 2019, which then for reasons of the Covid-19 pandemic, it was impossible to organize it in the same way. 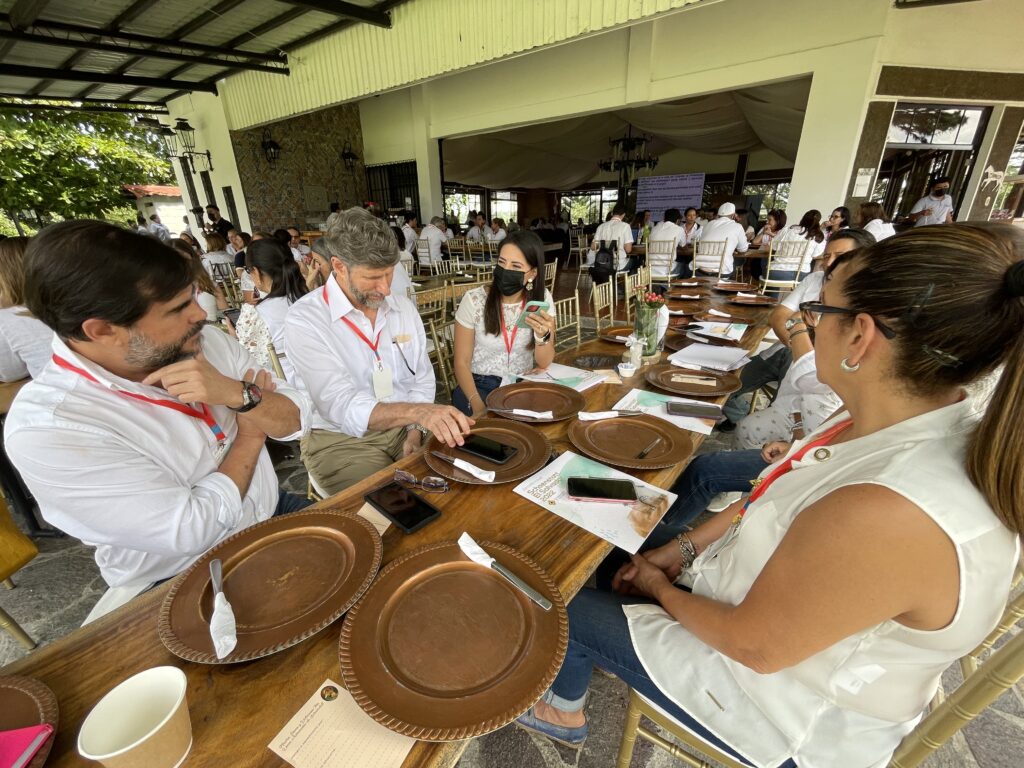 An encounter, a journey, a celebration

Couples representing the Family Branch, groups of the Ladies’ Branch, missionaries of the Schoenstatt Rosary Campaign, women belonging to the group of Young Professionals, representatives of the Men’s Branch and Madrugadores respectively participated in this great celebration; we also had the assistance of special guests, who have the genuine interest of integrating themselves soon to our Movement.

The activity was planned and coordinated in its entirety by a local organizing committee, with the remote support from Costa Rica of Father José Luis Correa, Schoenstatt Advisor for Central America, and Patricia Fernández and Isidro Perera, Co-Advisors of the Movement in the country, who oversaw structuring the agenda of the event and were also present on the day of the event. 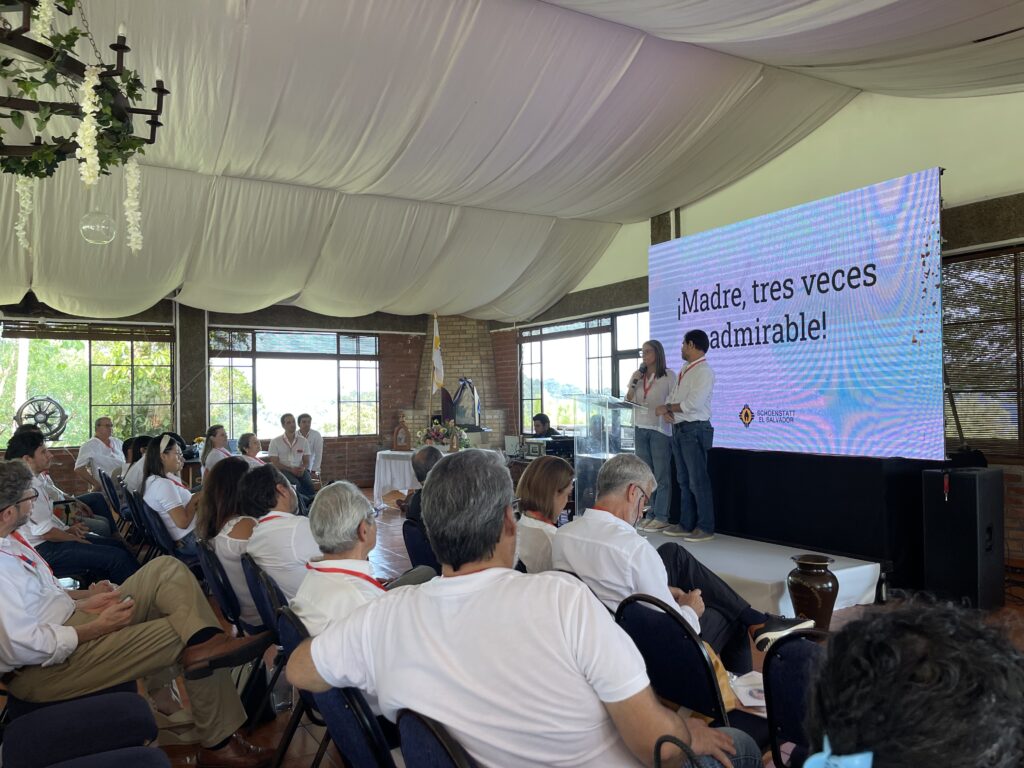 The National Conference began in the morning with an unforgettable and solemn Eucharist held in the chapel of the Father Vito Guarato Home, a little piece of heaven on Earth and full of love, located on the outskirts of San Salvador. Later we moved to Albaclara, a spectacular place for receptions and events, which was perfectly suited to each of the activities that were planned, surrounded by nature, and breathing fresh air.

Billy and Silvia Nasser, our Archdiocesan Coordinators, oversaw welcoming us and gave us a nice message of motivation. Then, we received the talk “New Winds of the Spirit Blowing in Schoenstatt”, given by Father José Luis. It was complemented with the testimony of René Guinea and Carolina Lozano, Salvadorian representatives in the last “Pentecost Congress” held in Germany. Finally, we had a workshop in small groups to share the reflections and messages that resonated the most.

Planning for the first Marriage Strengthening in El Salvador

Another special moment that we all enjoyed the most was listening to the testimonies of the Salvadoran couples who participated in the Marriage Strengthening (Fortalecimiento Matrimonial) program held in Costa Rica this year. Knowing their experiences and how “Forta” has helped them to improve their relationship, captivated those present; since it was also announced that for 2024 the first Marriage Strengthening will be planned in El Salvador.

A process of opening to the world

Finally, a workshop was organized by branches and apostolates, to reflect and contribute ideas on how to consolidate and grow in El Salvador, using as an example the success story of the Madrugadores community, one of the groups that has had excellent growth in recent years in the country, and has even collaborated in the founding of the apostolate in the sister Republic of Guatemala.

“The Church is in a process of opening up to the world and Schoenstatt should become the spearhead. Schoenstatt for the Church, and the Church for the world”, was one of the reflections that Isidro Perera, Co-Advisor of the Movement, shared with us.

To become genuine conductors of the Schoenstatt charism

As part of the closing, we had a moment full of symbolic elements around a bonfire. It was led by Father José Luis Correa and all the papers with contributions to the Capital of Grace collected during the Conference were burned. We can say, with great satisfaction, that the purpose of the event was achieved, which was to infect the attendees to become genuine conductors of the Schoenstatt charism and to take it to others. 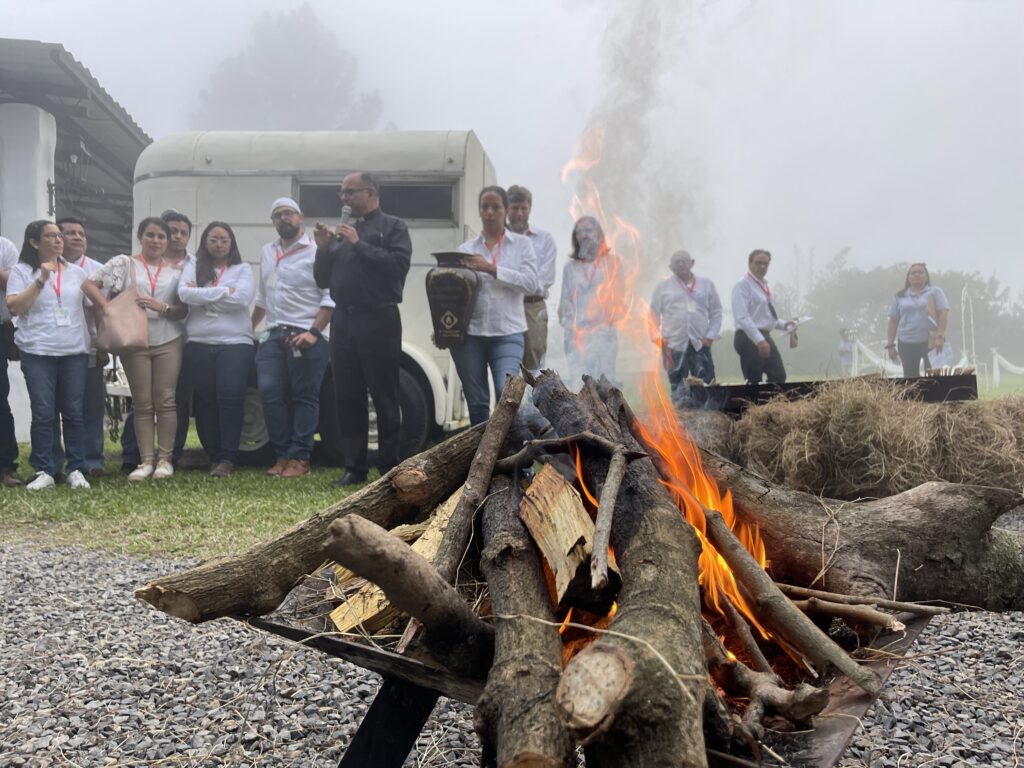 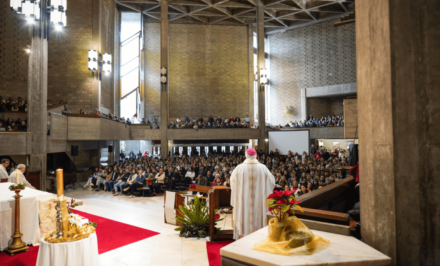