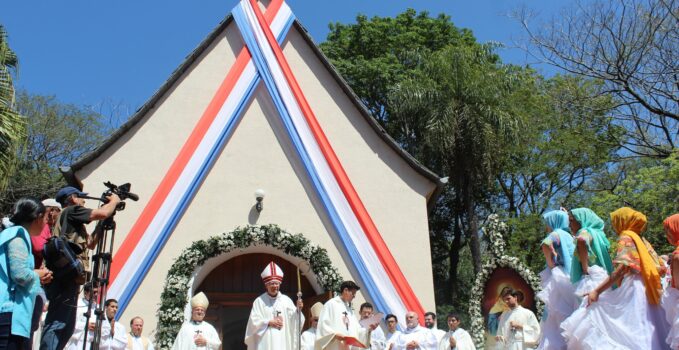 Finally, another October 18th in Tupãrenda… but without Fr. Antonio

For many people, October 18, 2019 will have simply passed by unnoticed, a day like any other. For Schoenstatters, it was a special day because we celebrated the 105th anniversary of the first Covenant of Love sealed with Mary, and in Paraguay, we celebrated the 41st anniversary of the Shrine of Tupãrenda. But no one would have thought that it would be the last celebration of October 18th for the time being with tens of thousands of pilgrims – the last one before the COVID-19 pandemic. —

This pandemic locked us in our homes for a long time, separated us from our loved ones, removed us from our pilgrimage sites, took away many, many loved ones and many other things that need not be listed further because they are known to all.

On October 18, 2019, the “Patronal Feast” of the Blessed Mother took place in Paraguay. This feast is attended by thousands of pilgrims who come from all corners of the country and go on pilgrimage in large groups to the Shrine of the Mother Thrice Admirable of Schoenstatt to give her all their capital of grace, their offerings, their self-giving, their worries, their promises, their joys, their conquests, and others.

And that was the last “October 18 in Tuparenda”, at least in the sense we knew it. On the “18th of October” of the two following years – 2020 and 2021 – no major events could take place because of the pandemic, and participation was possible only through the Internet. But this is not the same. 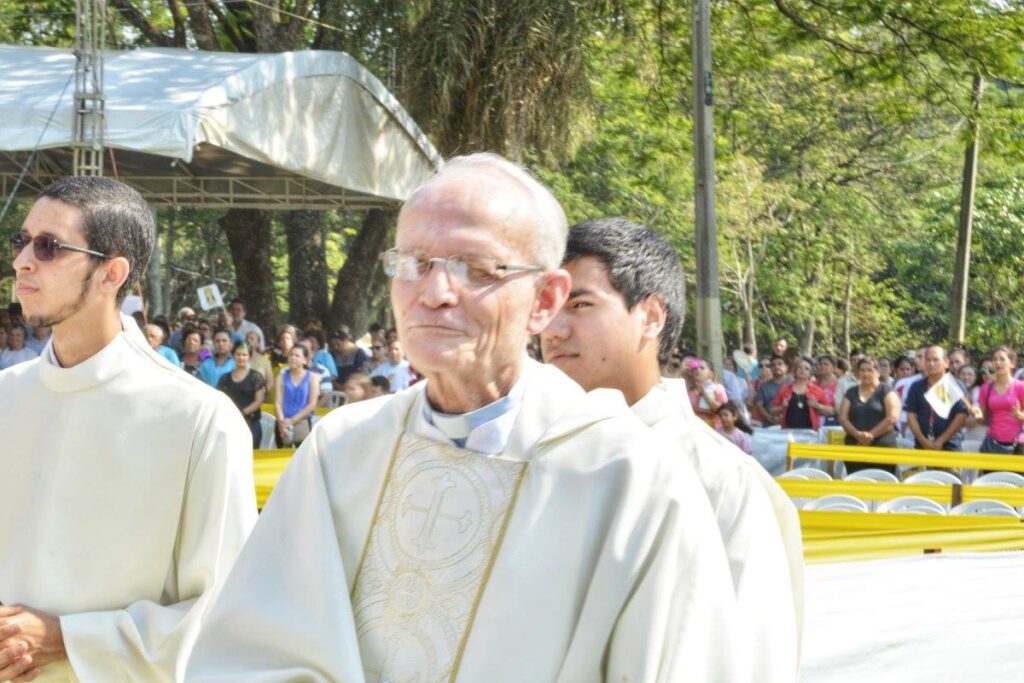 For this reason, the recent 18th of October was a true reason to celebrate, because the Shrine of Tupãrenda was once again open to thousands of pilgrims who celebrated the Covenant of Love here.

The day was made for it, the weather was good, it was not as hot as in other years, the helpers worked and gave their best in the different work teams that are formed to welcome the pilgrims. And yet, this October 18 was not complete. Something was missing.

And what was missing was the presence of our Father Antonio Cosp, who passed away on March 7 of this year. What was also missing was his regular article entitled “The Tuparenda Phenomenon – October 18,” which he wrote for schoenstatt.org year after year, since 2001, until 2019, and which could always be published on October 19.

Without a doubt, Father Antonio was “Tuparenda.” To see him was to go to that shrine. He lived and breathed Tupãrenda, 24 hours a day. He was the ideal of Tupãrenda lived, “Nation of God, in the heart of America.”

It was hard not to see him walking through the different booths, the canteen, the souvenir store, all that he accompanied for years. Each year he took the time throughout the day to visit each and every helper and work station and, of course, to thank them “sincerely and heartily” for all the effort that was put into the service.

During the 8 p.m. Mass, celebrated by Father Martín Gómez, special remembrance was made of Father Antonio. At the end of the service, Father Oscar Saldívar, rector of the Shrine of Tupãrenda, spoke a few words to conclude the celebration on October 18, remembering Father Antonio. 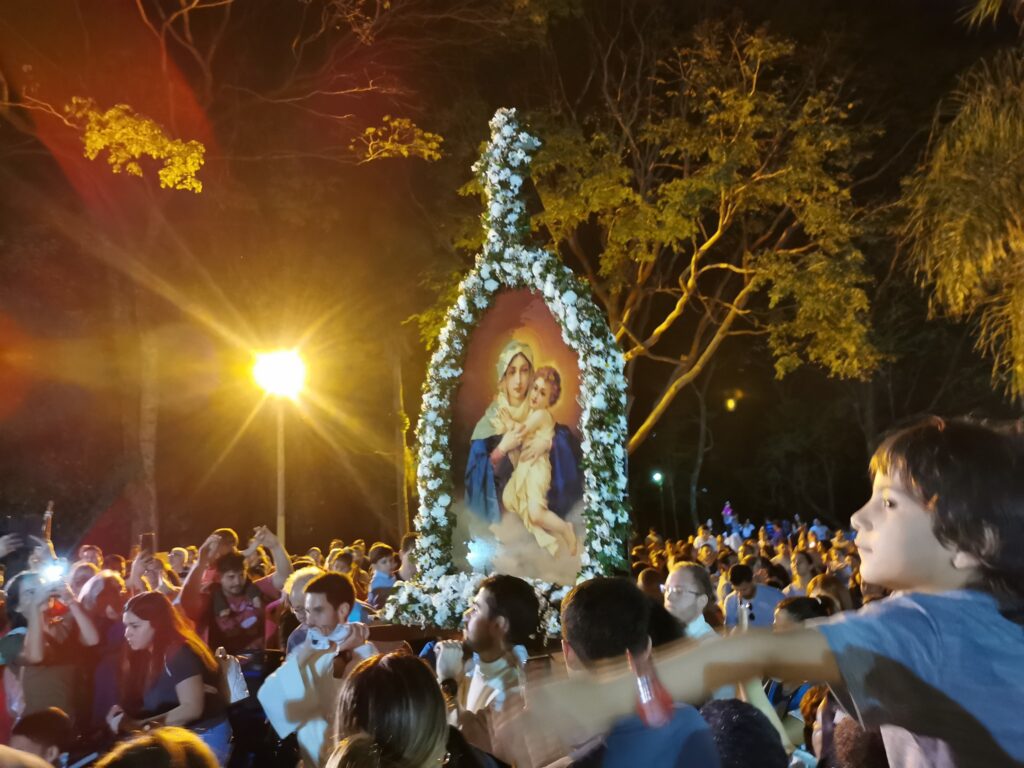 Father Óscar recalled the words of Cardinal Adalberto Martinez, who celebrated the 4:00 p.m. Mass and said that the Shrine of Tuparenda is like the arms of Mary that embraces all the pilgrims. He recalled once again Father Antonio, who accompanies us from heaven, who dreamed up and designed Holy Mary of the Trinity Church, which with its shape from the atrium is like a “great embrace” that welcomes all pilgrims, that opens its arms so that we can enter its heart.

He also recalled the words of Cardinal Martínez, who had referred to the handing over of the Olympic flame at the ODESUR Games recently held in our country. In this event, the Olympic flame is passed from a generation of old athletes to a generation of new athletes. Father Oscar drew a parallel by pointing out that two years have passed with health limitations, we are finally meeting again and we believe that Father Antonio is accompanying us in a certain way from heaven; this is also a time in which this transmission of the flame from the first generations of Paraguayan Schoenstatt to the present generations is being fulfilled. The ideal of the Nation of God is still alive, and even more so on this day that has the motto “Allied with Mary, lay people at the service of the Nation of God”.

The memory and legacy of Father Antonio is a flame, like the Olympic flame or that of the ODESUR Games, that must be passed from generation to generation. We have inherited this flame and we take it upon ourselves to hold it up with great commitment so that it shines, gives warmth and guides both our generation and the generations to come.

It is worth quoting a paragraph from an article that Father Antonio Cosp wrote for schoenstatt.org in 2006 about a Shrine Pastoral Congress:

“A little more than 30 people from five South American countries reflected on the immense importance of our shrines and pastoral action there. Even the question in the welcome was a strong impulse: is Schoenstatt a Movement that has a shrine, or is it a shrine that has a Movement?”

In Tuparenda, the answer is clear.

Thank you for everything, Father Antonio. 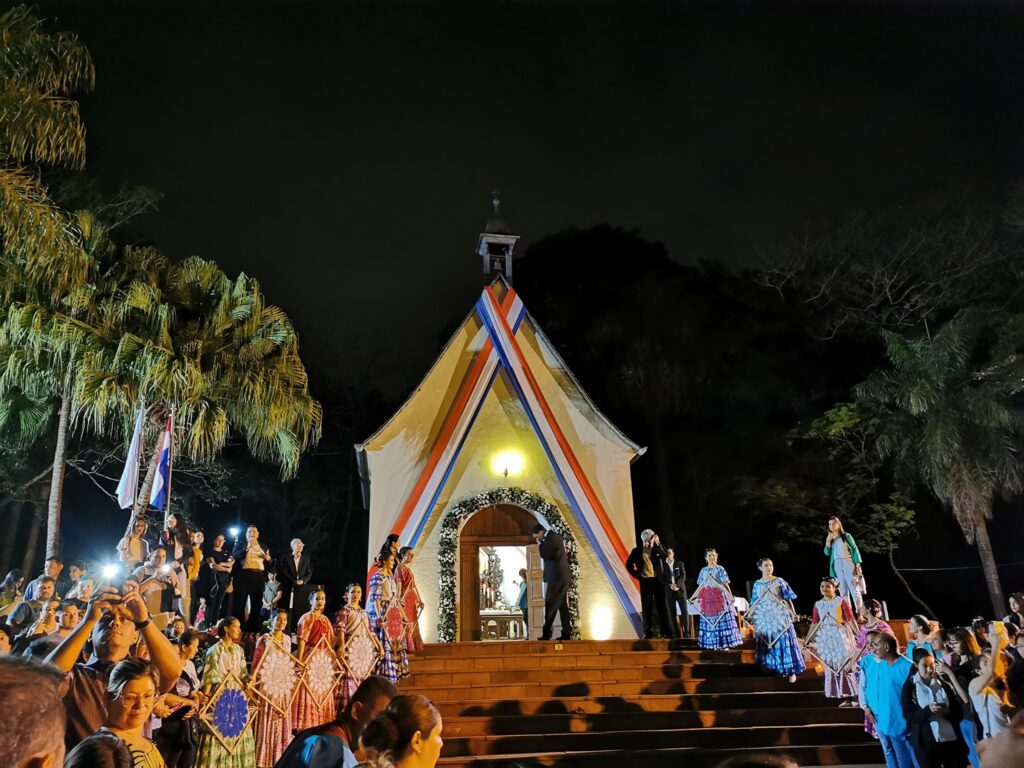