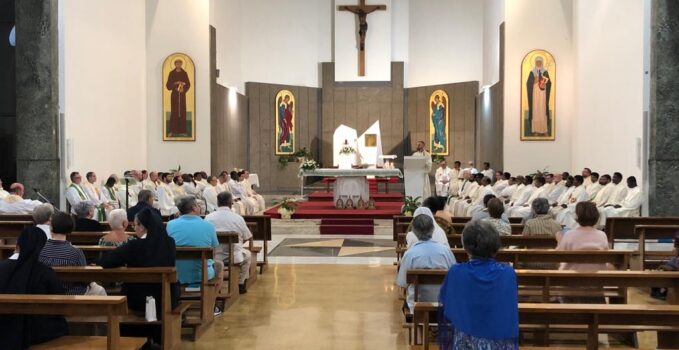 It was a few days ago that Father Alexandre Awi Mello was elected to the position of Superior General of the Schoenstatt Fathers. And on Sept. 1, after meeting with the Holy Father, he celebrated Mass in his Roman parish. —

51 years old, a Brazilian from Rio de Janeiro, Father Alexandre Awi Mello has lived in Rome since 2017, where – in addition to holding the position of Secretary of the Dicastery for the Laity, Family and Life, which he will continue to hold for the next few months – he celebrates Mass every week at the church of Santi Patroni, the Italian ‘home’ of the Schoenstatt Fathers in Rome.

And it was precisely in his parish, last September 1, that he celebrated his first Mass in his new position. It was a special and emotional moment, attended by about forty Schoenstatt Fathers, members of the general chapter (received in the morning by Pope Francis), the Sisters of Mary, some Schoenstatters and many parishioners. A little imagination, and it felt like being in the Original Shrine! 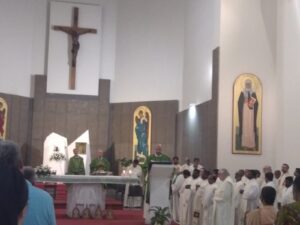 During the homily, an emotional Father Andrés Rodriguez wanted to recall the bond that has united the Schoenstatt Fathers to the parish of Santi Patroni for more than fifteen years, and the affection with which, from the very beginning, the parish community has welcomed them. A strange, beautiful union between a parish in the heart of the Capital and a community of foreign priests, witnesses of a movement with an almost unpronounceable name, which has borne, and will continue to bear, splendid fruit. A parish that has also welcomed with affection – reciprocated – Father Alexandre, capable of winning it over immediately with his smile, his Italian (excellent, although he says otherwise), and those simple and gentle ways that distinguish him. The same community to which Father Alexandre addressed himself at the end of the Mass, with words of thanksgiving and requests for prayer, for himself and for the entire council that will accompany him over the next seven years.

“It is not often that a Superior General speaks Italian”

Speaking of closeness, we asked Dr. Pamela Fabiano, a bon-and-bred Schoenstatter who works at the Dicastery for the Laity, Family and Life, under the leadership of Fr. Alexandre, for a little testimony. Excited, Pamela told us, “The election took me by surprise, but as a Schoenstatter I have dreamed of this moment several times. The whole Movement will be enriched by his witness of faith and generosity and his infinite love for the Blessed Mother. The Italian Family, then, is most fortunate because it can take advantage of his presence here among us, in Rome, in the coming months!”

To Fr. Alexandre goes on behalf of all of us, the promise of our prayers, and the dearest wishes for this difficult mission to which he is called and which he has accepted with enthusiasm and great generosity. Besides, of course, a very Italian “good luck!”: after all, as Father Facundo says, “it is not often that a Superior General speaks Italian.” 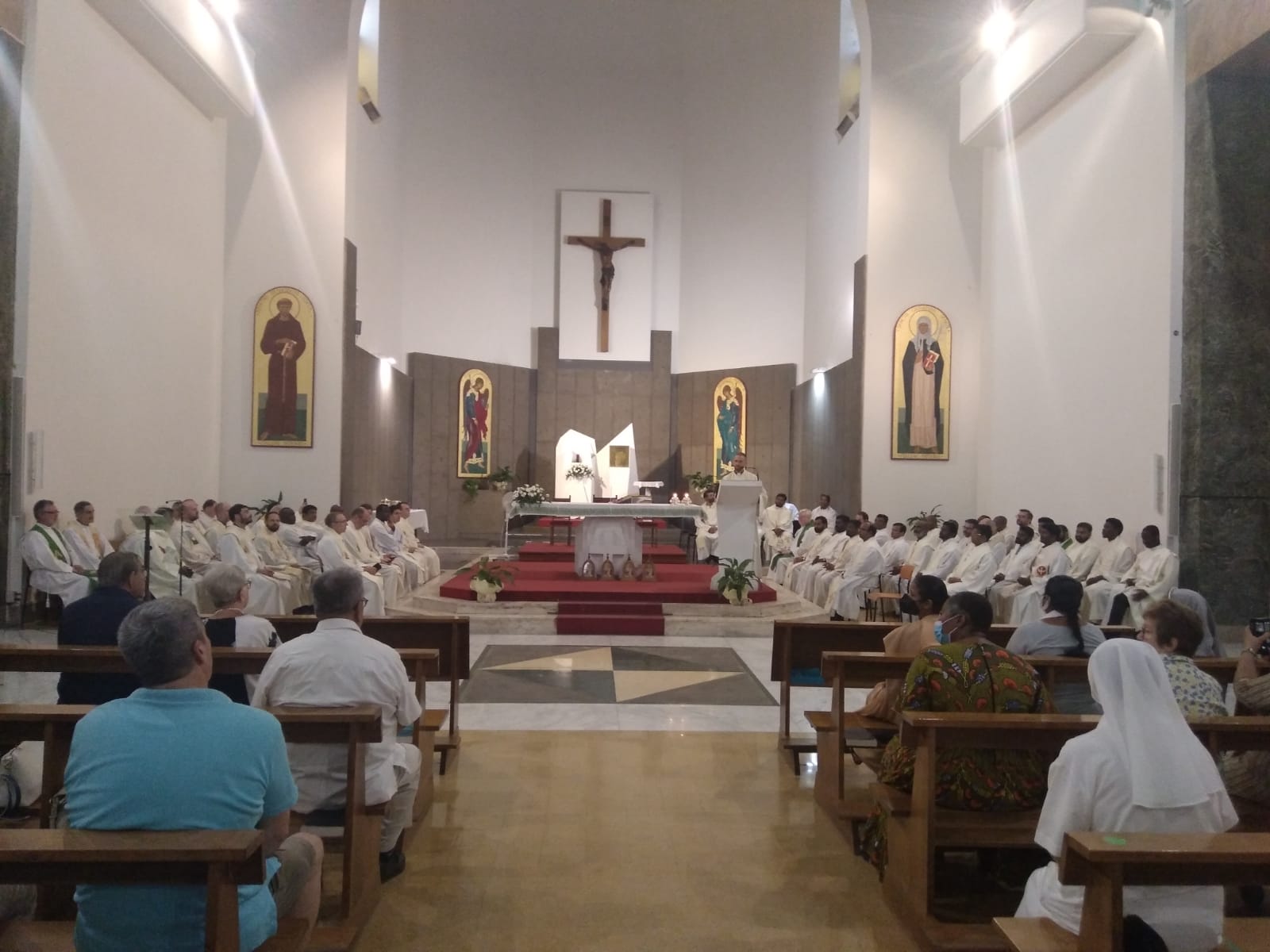