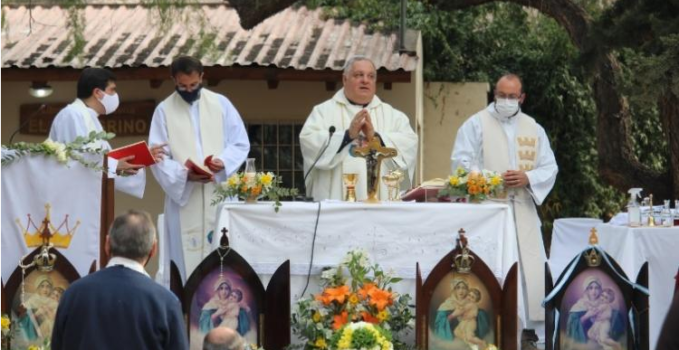 The Archbishop of Mendoza, Monsignor Marcelo Daniel Colombo, presided the Mass in the Shrine of the town of Godoy Cruz, Mendoza, where, as every year, the image of the Virgin of Schoenstatt was crowned as “Mother and Queen of Peace and Hope”. —

This August 28th, as every year, all the communities that respond to the Schoenstatt Movement gathered, with the participation of people from other provinces and countries for this important festivity.

In his homily, the Archbishop of Mendoza preached on the parable of Jesus about a feast, which he considered “a recreation of a stronger reality, which is life”, and he exhorted “not to be presumptuous, not to be in charge of, not to believe oneself more than anyone else”.

“In this solemn Mass, we celebrate Our Lady and entrust our lives to her. Who better than her, who did not seek any place and who, upon receiving the angel’s announcement, responded humbly and generously, after a first natural moment of perplexity. She knew she was small for such a great gift. And yet, on the feast of the Incarnation, the good Father offered her the first place,” he said.

“This first place of the Virgin, full of Grace, was not a reason for her to become big or to feel superior. Far from seeking places of importance, she did not lose sight of the most important thing: to be faithful to the following of her Son,” he added. 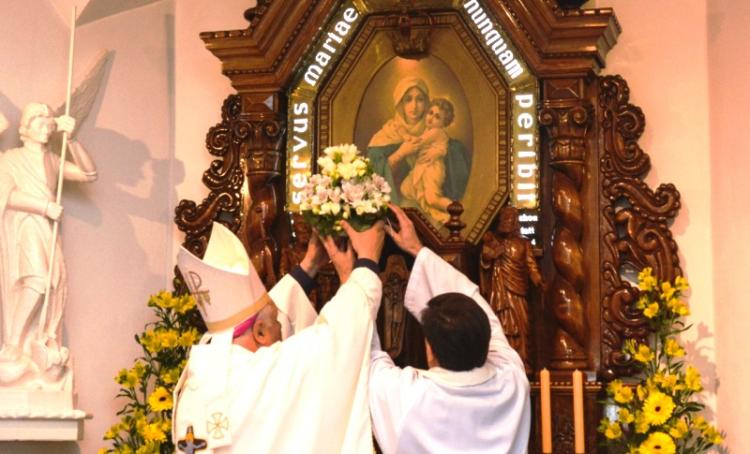 Discerning our place in life

Monsignor Colombo estimated that it can be said that “Our Lady’s place is the place where we can see Jesus, contemplate Him and know exactly what step to take after Him. So also, we, in following Jesus, are invited to look for that place, the place of contemplation to respond according to his will”.

“To ask ourselves and discern our place in life, urges us not only in youth at the time of our vocational concerns, but in the growth of faith to live according to the will of God,” he added, and completed: “The place of the Virgin inspires us. It is precisely the first and the last. Because she wanted to follow Jesus to the moment of pain, of the cross and suffering, of the final surrender. And it is on the altar of the cross that Jesus announces to her that she would be our Mother, when Our Lady receives from God an invitation and a place.”

“That place-mission is that of being the Mother, the companion of humanity on the way, the place of the witness who always invites us to persevere in faith. In her we rejoice. In her we celebrate today. And there are no first or last places because our challenge is to discover the place that the Lord wanted us to occupy, close to the Virgin and at hand to receive her beloved Son who became Word and Bread of life”, he concluded.

Since the 80’s, the celebration has been carried out with the summoning of pilgrims from different regions and provinces, such as San Juan, San Luis and the south of Mendoza.

» Full text of the homily (Spanish)

Material from AICA and the Archdiocese of Mendoza